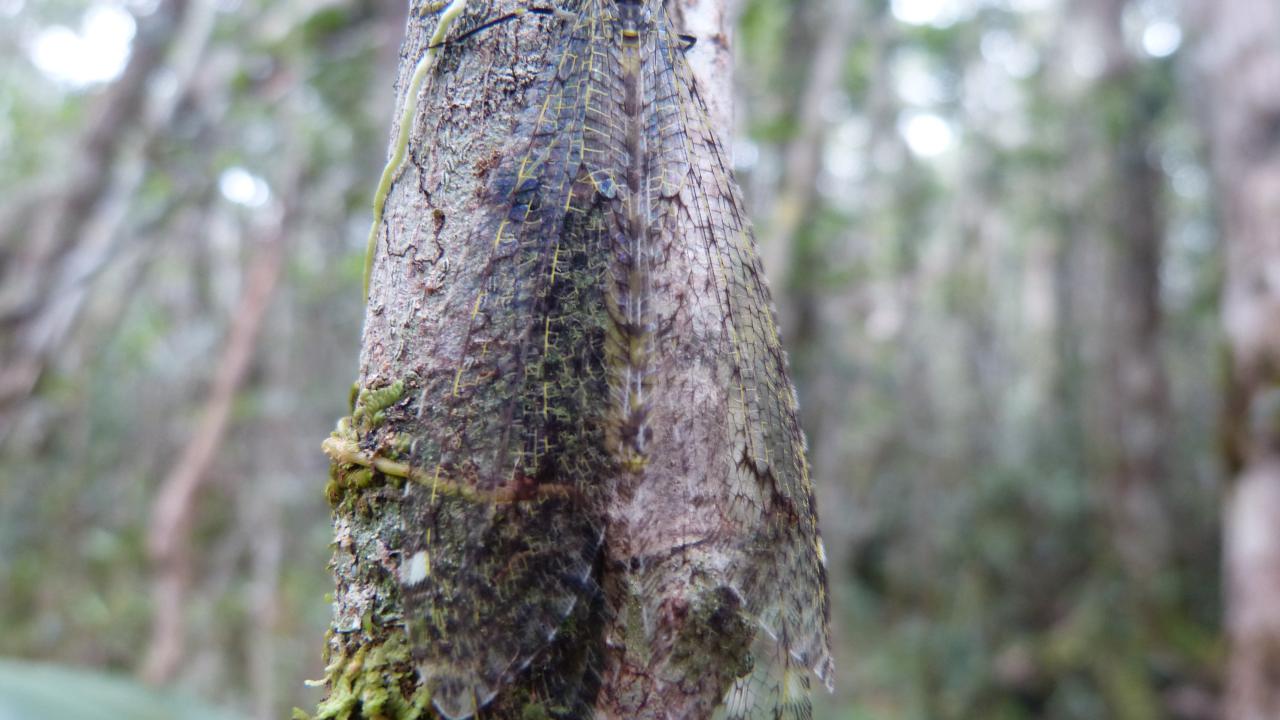 Voltor sylphis belongs to the Myrmeleontidae family.
It has long legs and the costal area (upper edge of the wing) is simple: the cells hardly have any cross veins; most of the costal veins are forked (Y-shaped).
The most distinctive feature is that the hind wings are longer than the forewings.
Voltor sylphis has crenulate (not smooth) hind margins to the wings and the apices (tips of the wing) are pointed.
It is a rare and one of the largest species of Dendroleontini in Madagascar.