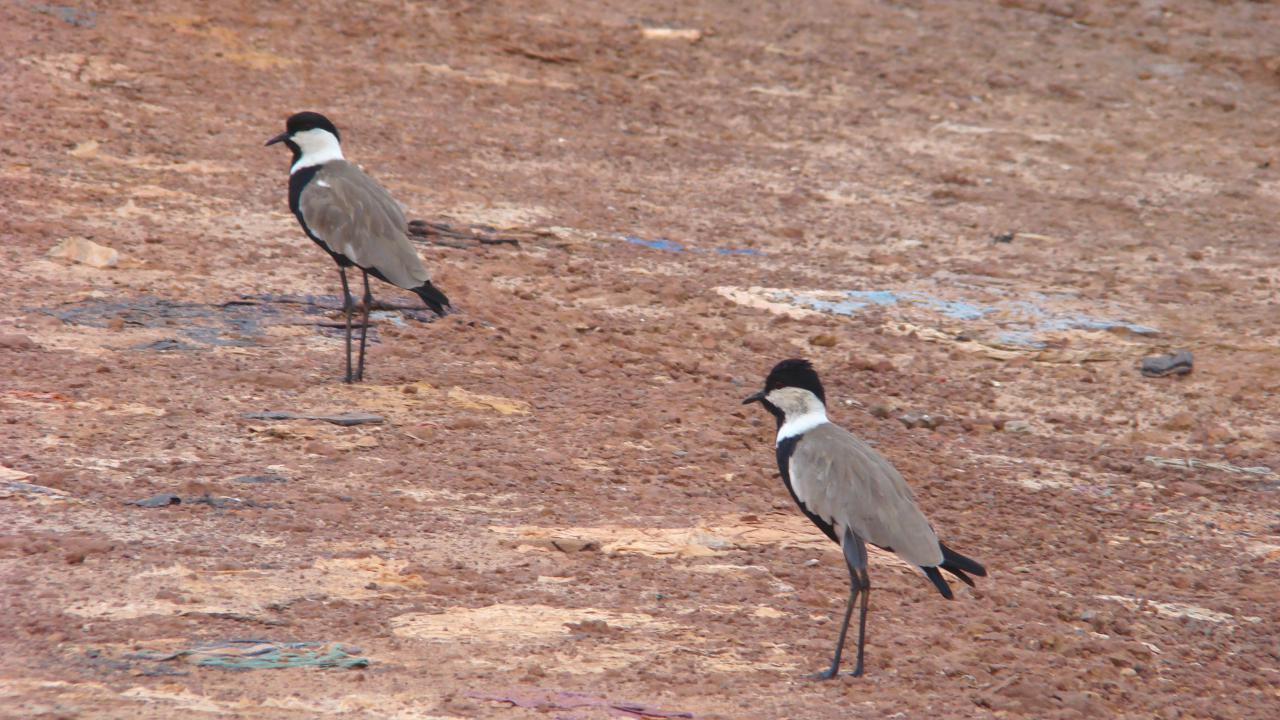 The Spur-winged Plover (or Lapwing) got its name because of a spur (a small claw) hidden in each of its wings.
The bird is known to sometimes use the wing-claws in an attack on animals who get too close to the birds' exposed offspring, but they are also used during duels with fellow Spur-winged Plovers.
The Spur-winged Plover breeds around the eastern Mediterranean, and in a wide band from sub-Saharan west Africa to Arabia.

The Greek and Turkish breeding birds are migratory, but other populations are resident.
The species is declining in its northern range, but is abundant in much of tropical Africa, being seen at almost any wetland habitat in its range.
In western Europe it is a very rare species.