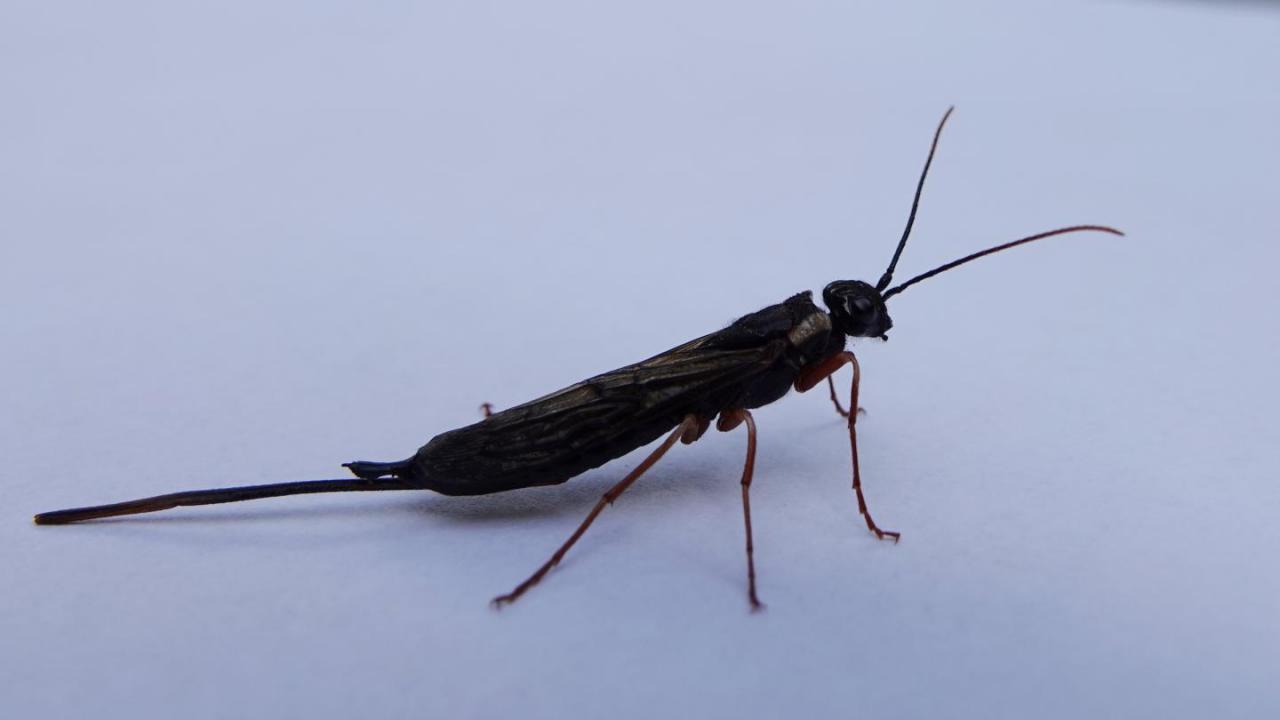 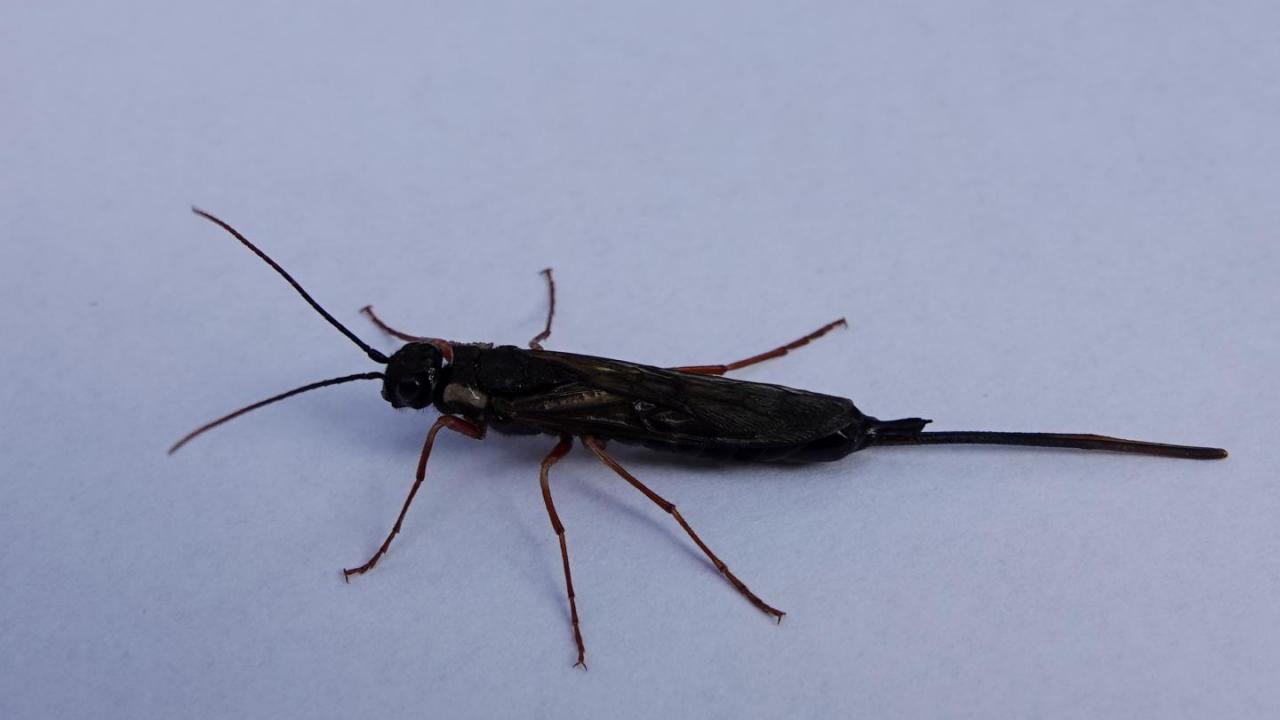 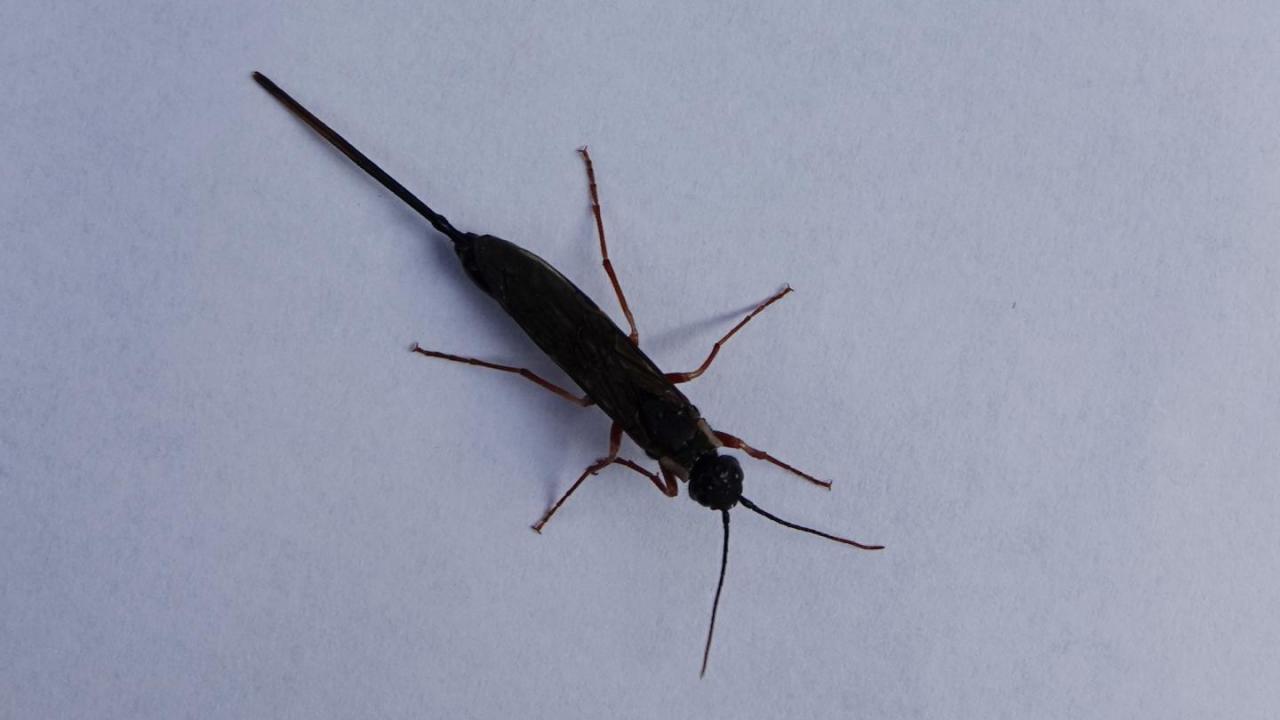 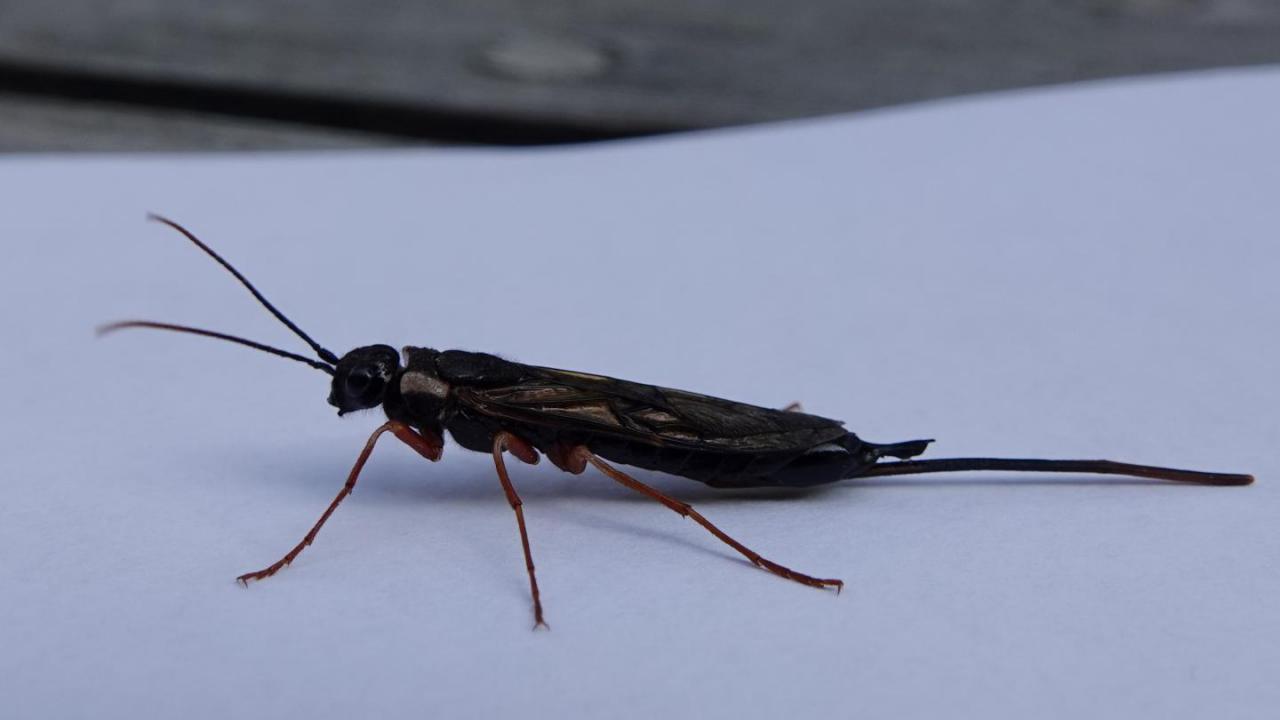 Pimplinae are a worldwide subfamily of the parasitic wasp family Ichneumonidae.
The family of Ichneumonidae consists of at least 25,000 species but this is likely to be a very low estimate.
Ichneumonid wasps, with very few exceptions, attack the immature stages of various insects and spiders, eventually killing their hosts.
Adult ichneumonid wasps superficially resemble other wasps.
They have a slender waist, two pairs of wings, a pair of large compound eyes on the side of the head and three ocelli on top of the head.
Pimplinae are generally sturdy black insects with orange markings.
These insects are otherwise very general, but also very difficult to identify down to species and usually impossible through photos.

The photo shows a female because she has a long ovipostor at the end of her abdomen .
Females drill their long ovipostor deeply into wood to deposit their eggs on larvae of other insects or spiders.