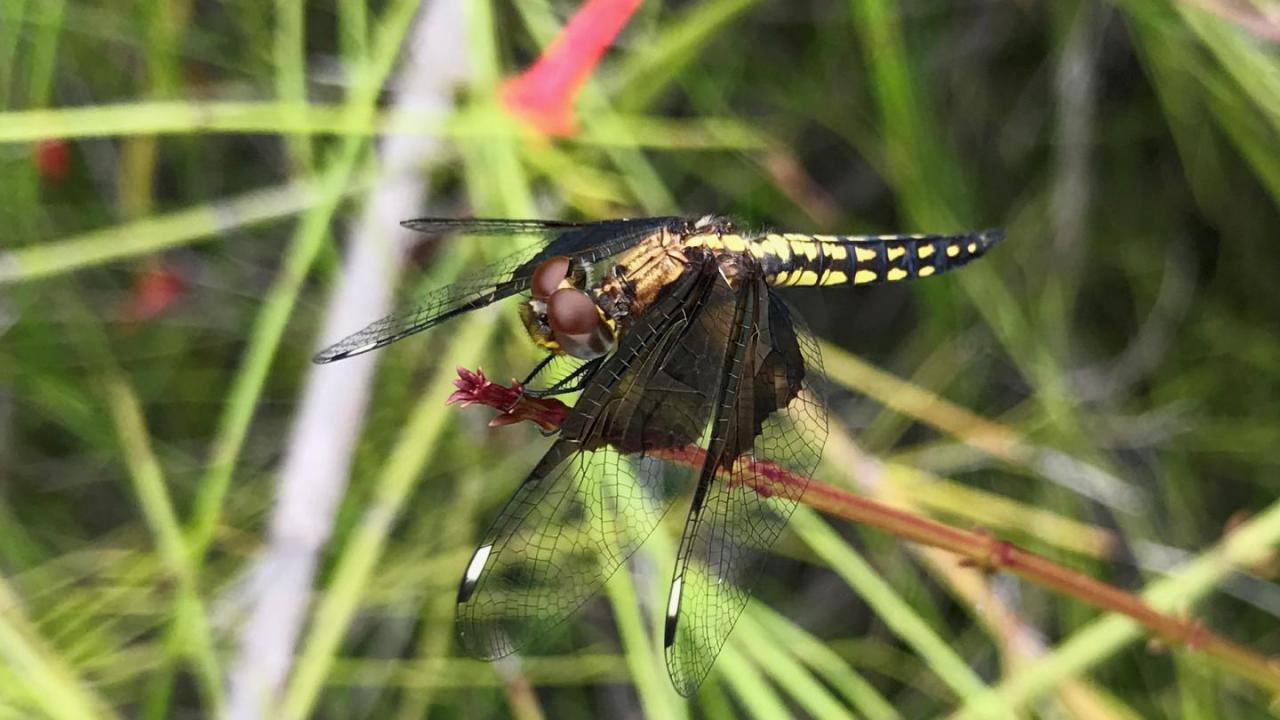 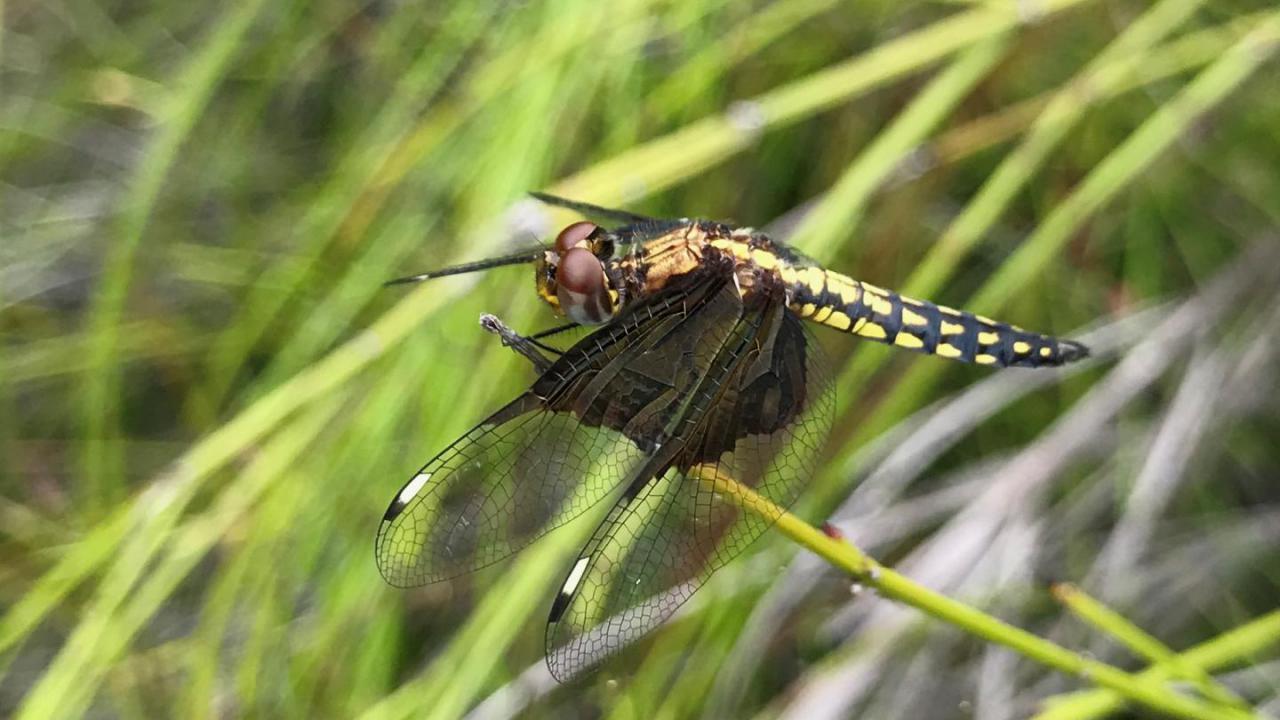 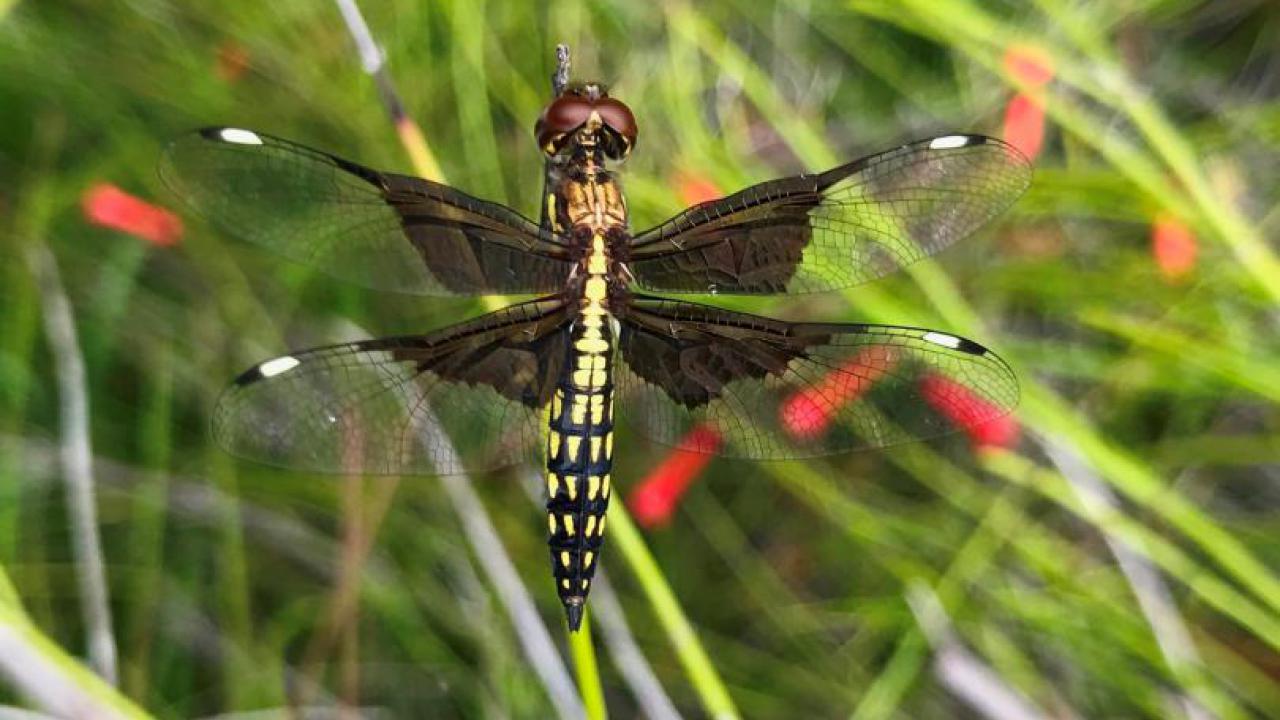 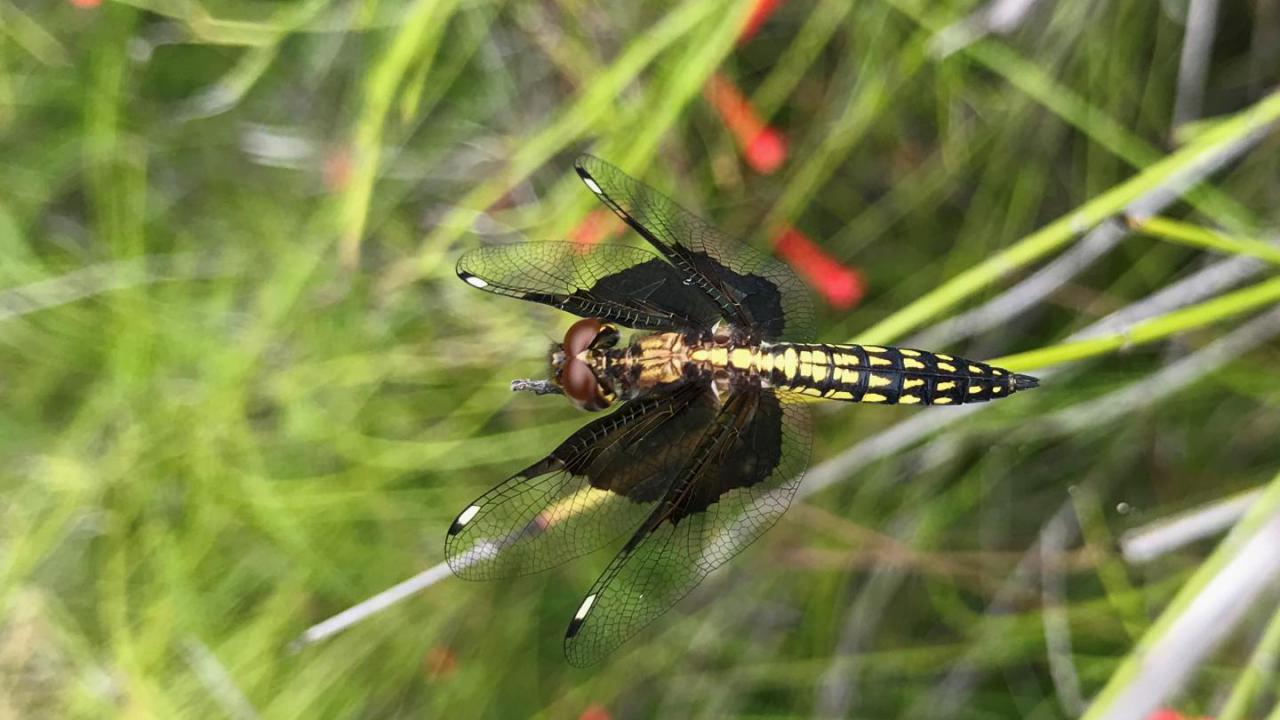 Palpopleura vestita, sometimes also called the Silver Widow, is a species of dragonfly in the family Libellulidae and is endemic to Madagascar.
The genus Palpopleura, generally known as Widows, consists of seven species: five species occur in Africa, one in Madagascar and one in southern Asia.
All species are very to fairly small (hindwing 15-29 mm) with a short and broad abdomen with a characteristic pattern of three black and four yellow stripes.