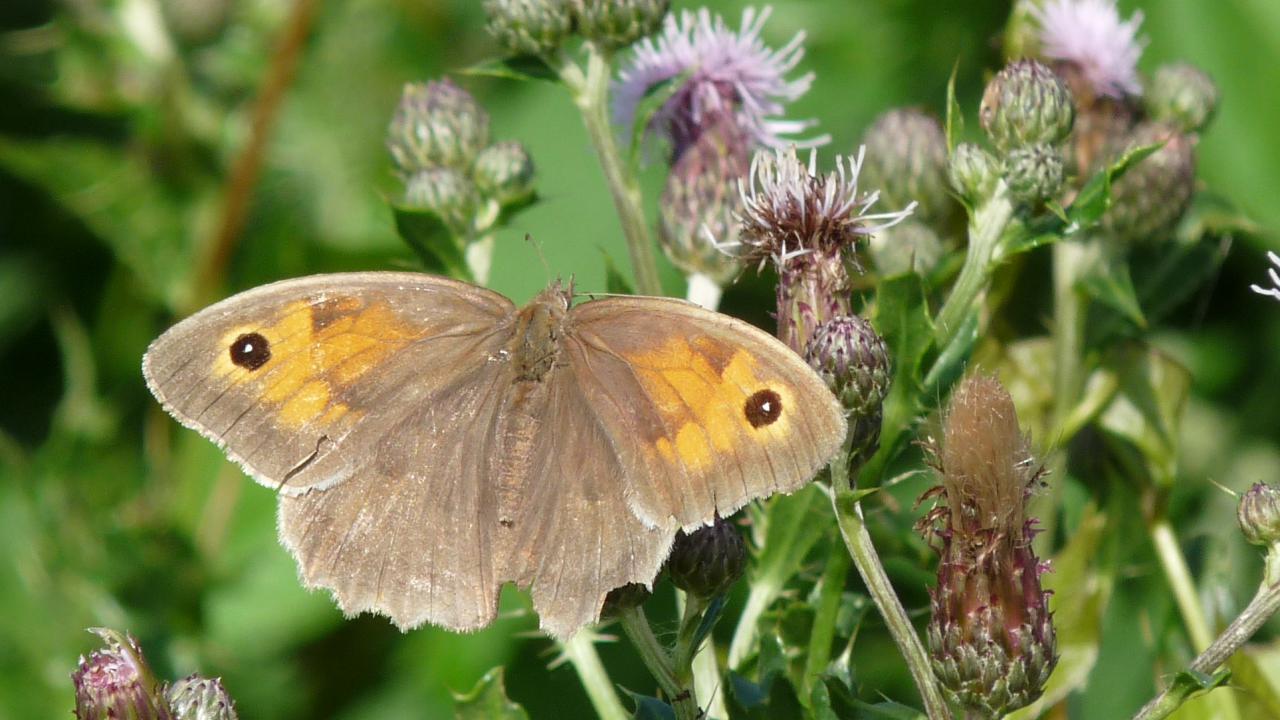 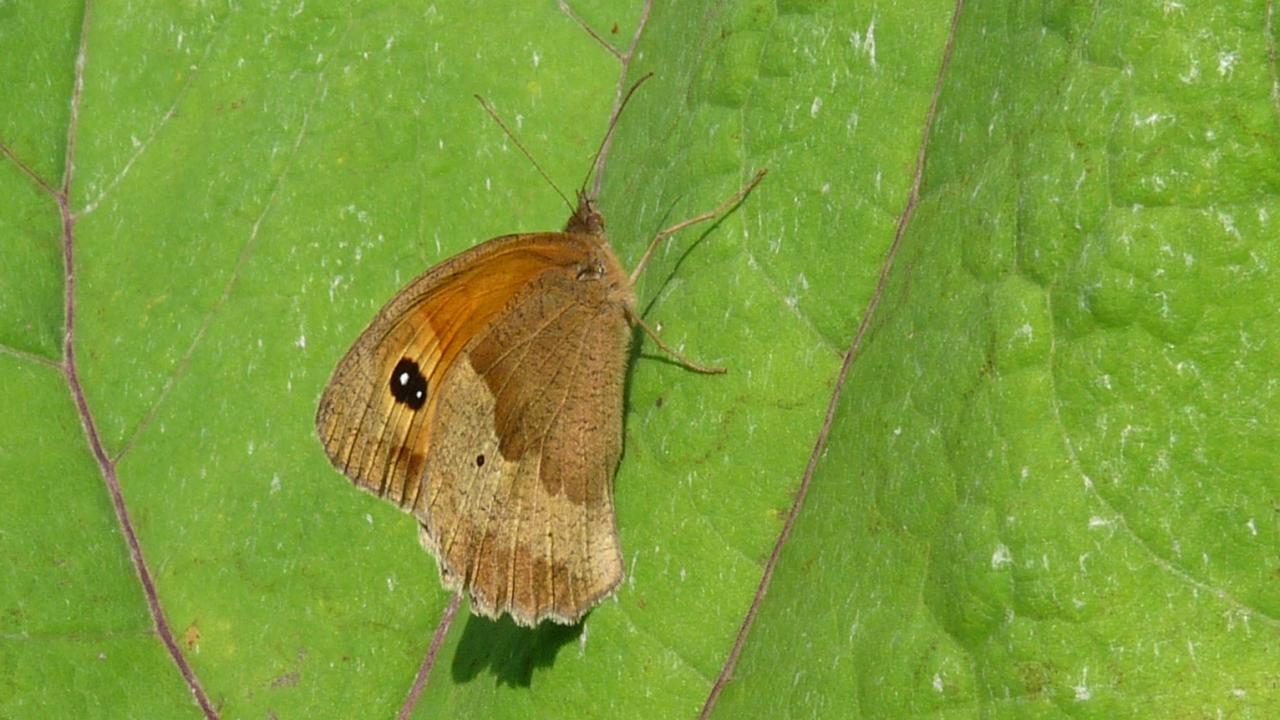 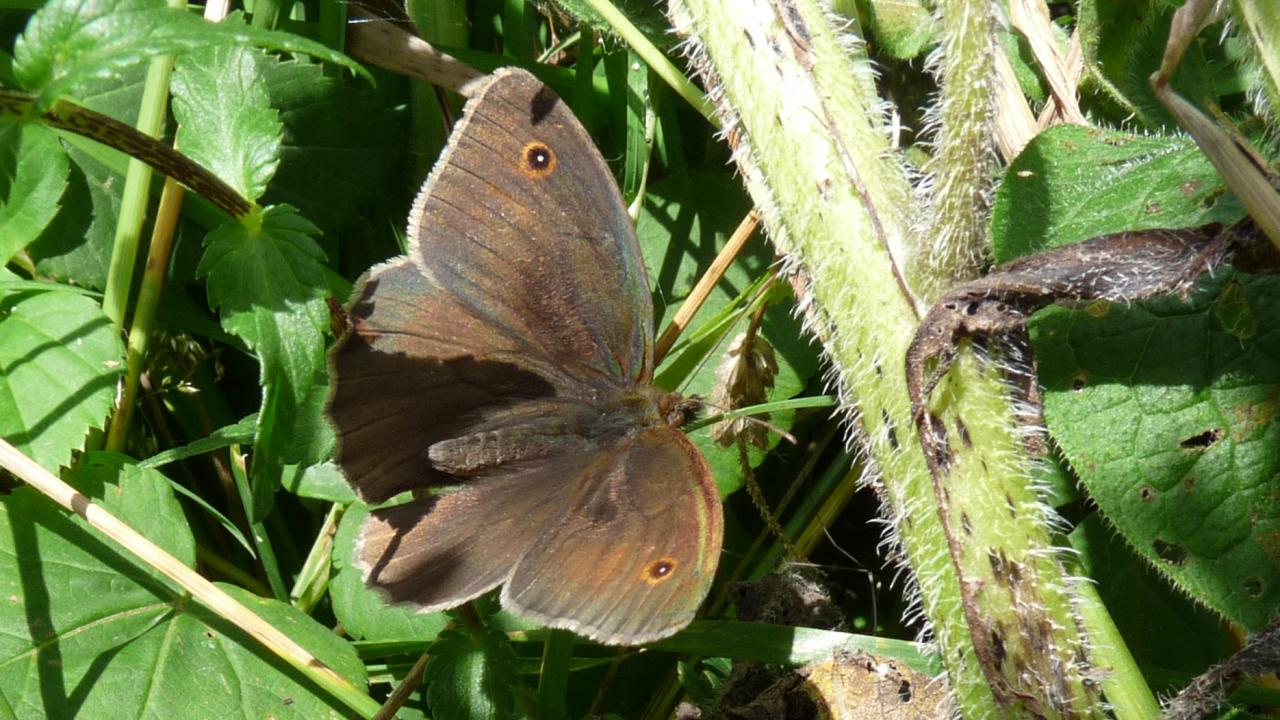 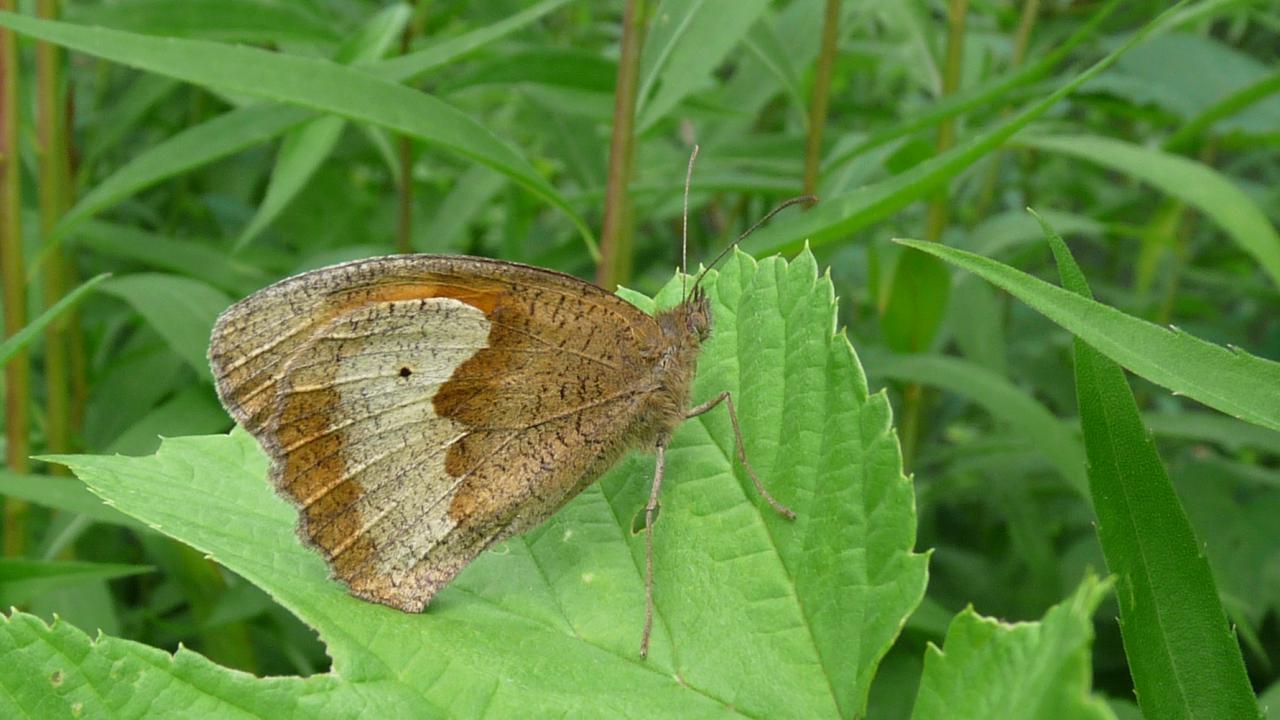 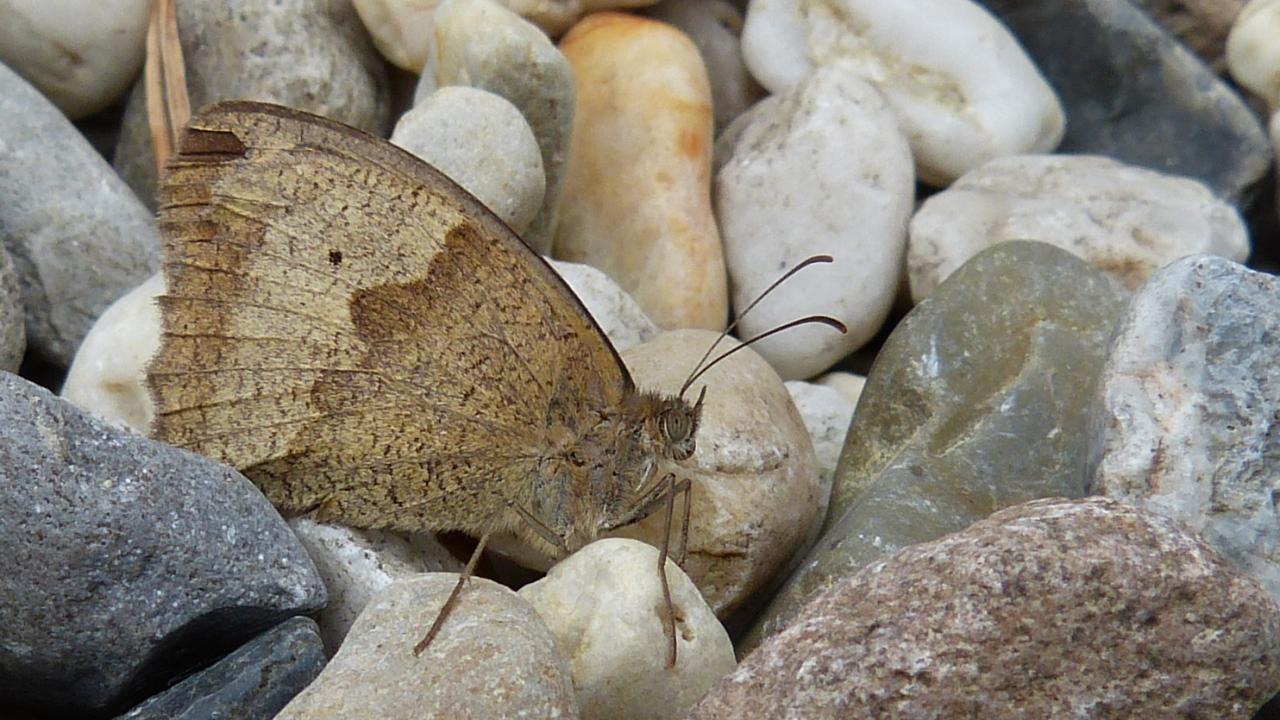 In the male of the Meadow Brown (Maniola jurtina), the top of the forewings is brown with an black "eye spot" in the tip of the forewings.
The female has an orange field on the forewings, and the black eye spot usually has a white core.
Sometimes there is a double white core in the spot in the wing tip.
Confusion with the Gatekeeper (Pyronia tithonus) is possible, but the female of the Meadow Brown has no orange on the hindwing, or very little, while in the Gatekeeper the hindwing is orange with a wide brown edge.