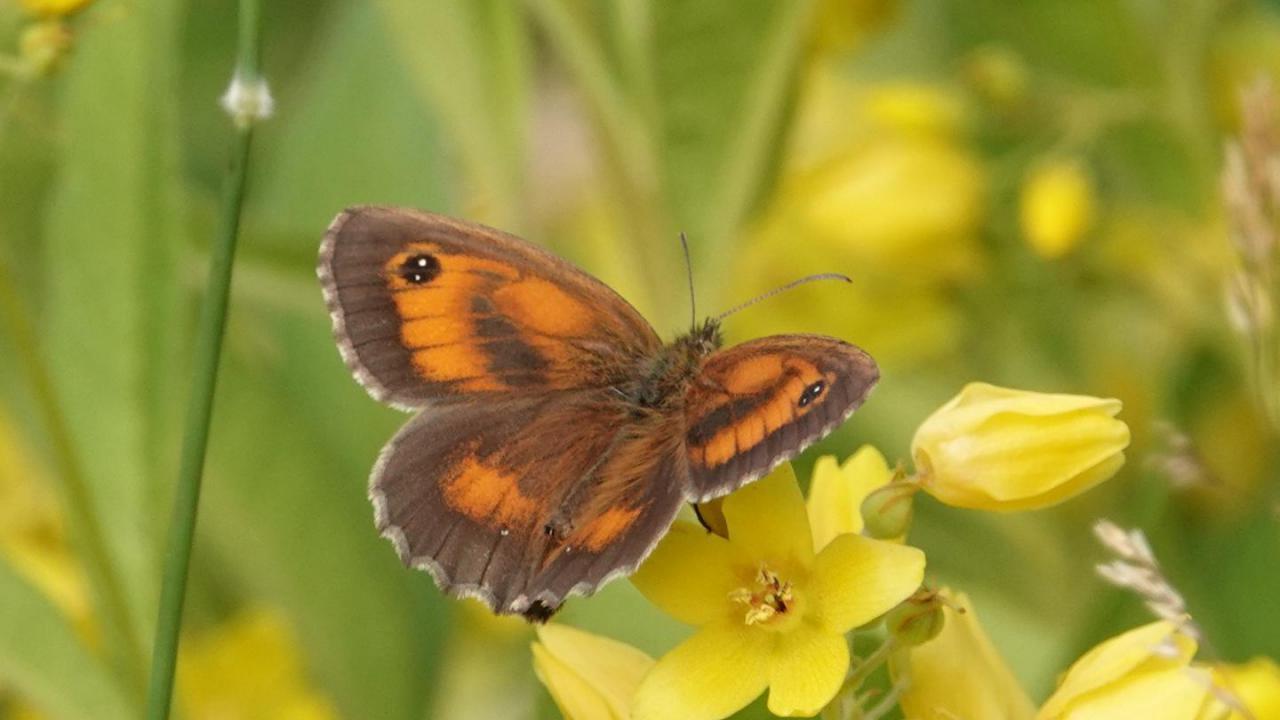 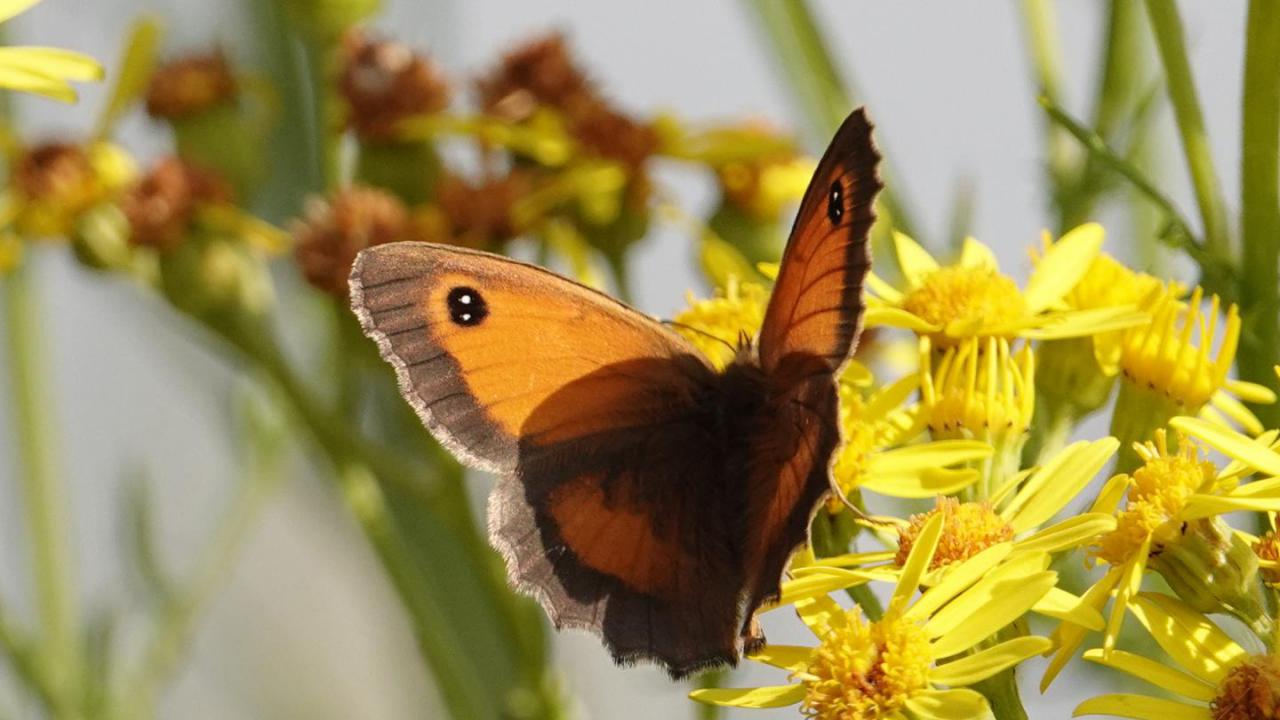 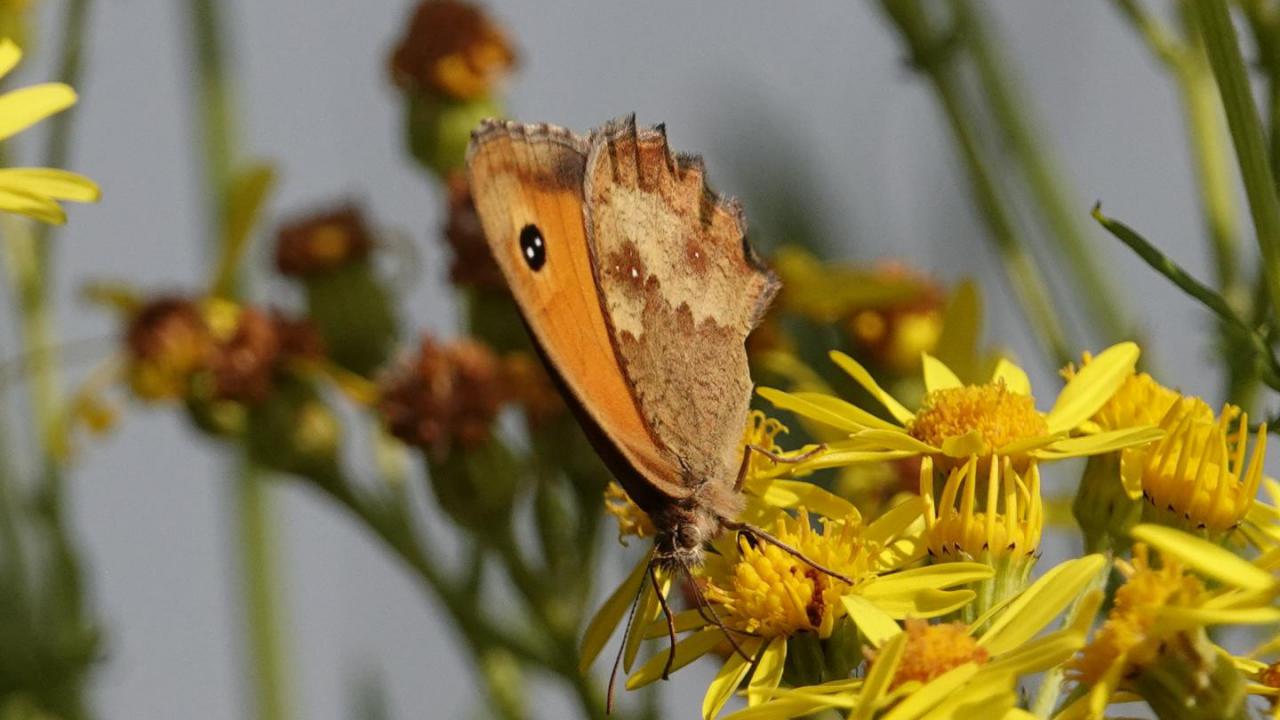 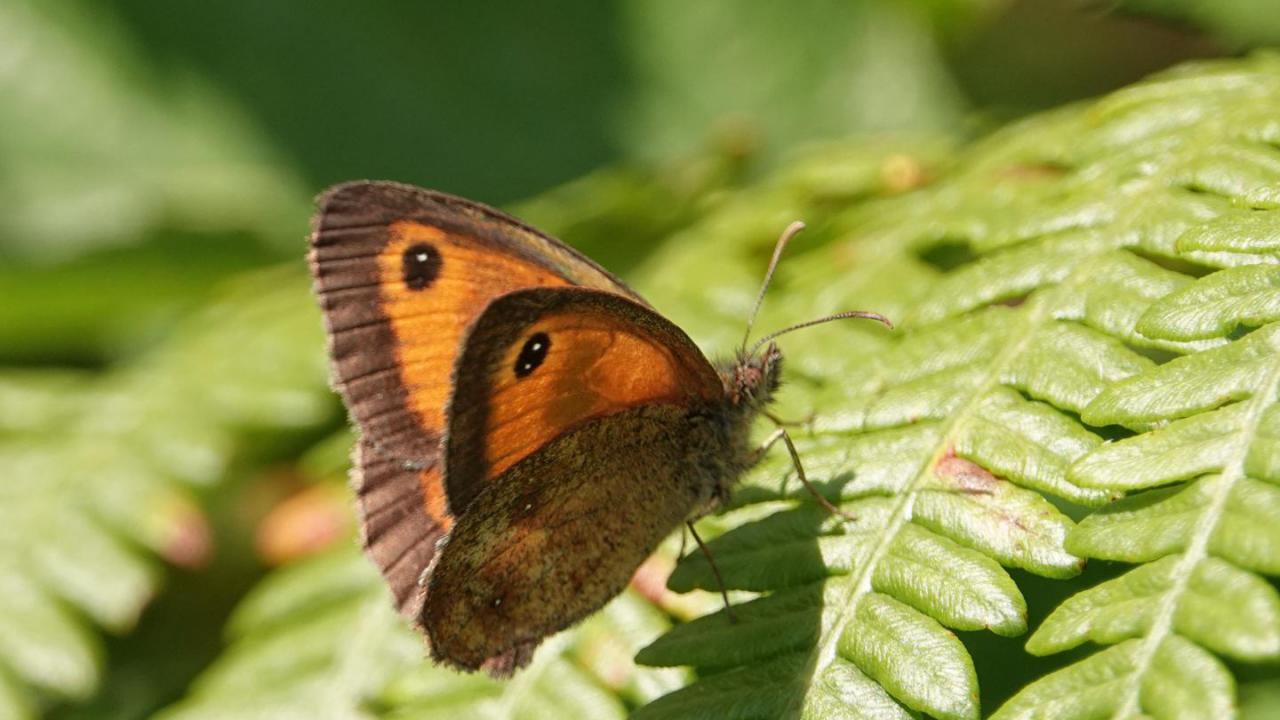 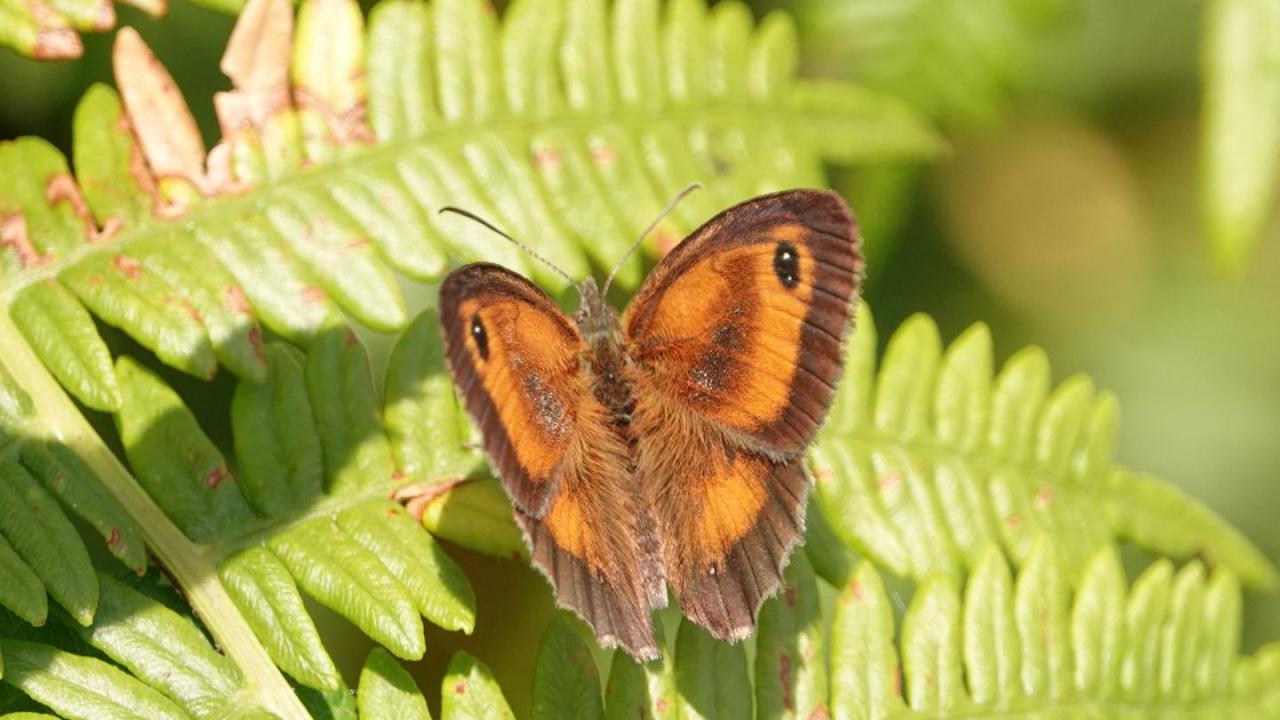 The Gatekeeper (Pyronia tithonus) is quite similar to the Meadow Brown (Maniola jurtina).
The two species can be difficult to distinguish with closed wings since the underwing markings are very similar.
However, the Gatekeeper tends to rest with its wings open, whereas the Meadow Brown usually rests with its wings closed.
The Gatekeeper is also smaller and more orange than the Meadow Brown and has double pupils on its eyespots.
The male has a dark patch on the upper side of the forewing that contains scent-producing scales known as the androconia.
This is most likely for courtship purposes.
Androconia have evolved through sexual selection for the purpose of releasing pheromones for attracting mates.
Little is known about how androconia actually function during courtship, and the chemical composition of the pheromones is unknown.