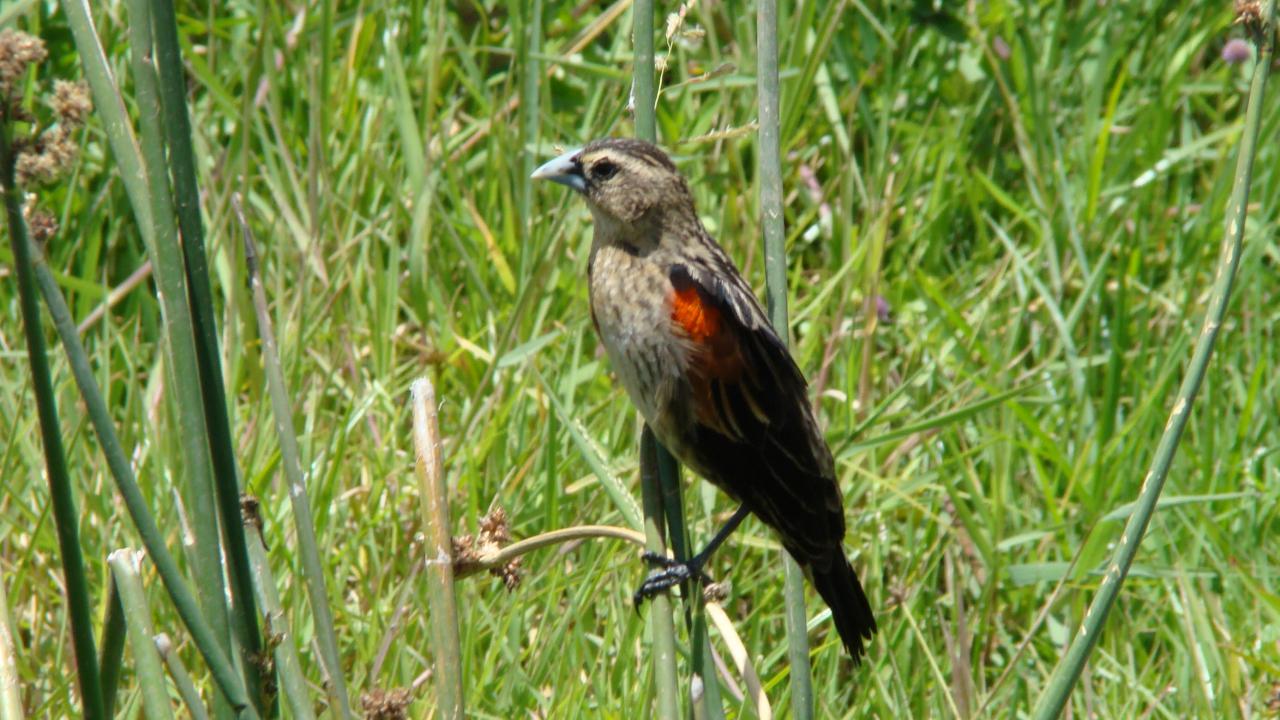 Adult breeding males are almost entirely black with orange and white shoulders (epaulets), long, wide tails, and a bluish white bill.
Females are rather inconspicuous, their feathers streaked tawny and black with pale patches on the chest, breast and back, narrow tail feathers, and horn-color bills.
Non-breeding males are slightly larger than females, though they demonstrate a remarkably similar appearance. For the most part, these males are colored in the same manner as the females, except in that they are more broadly streaked above and below and have the same red wing shoulders as the breeding males.