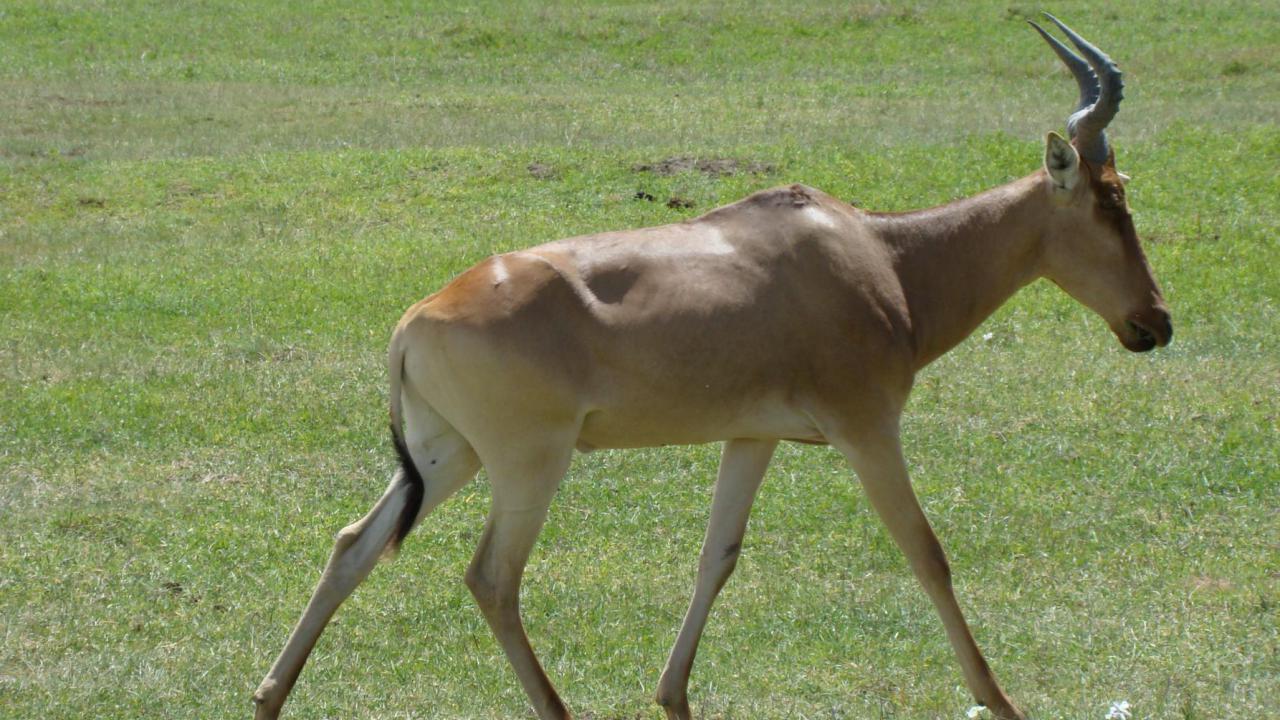 Its long face, large chest and sharply sloping back differentiate the Hartebeest from other antelopes.
Both sexes have horns, with those of females being more slender.
They are one of the fastest antelopes and most enduring runners; capable of reaching speeds of up to 70 km/h.
Hartebeest are mainly found in medium and tall grasslands, including savannas.
Eight subspecies are identified.
This is Coke's Hartebeest (Alcelaphus buselaphus cokei) which is native to and confined within Kenya and northern Tanzania.