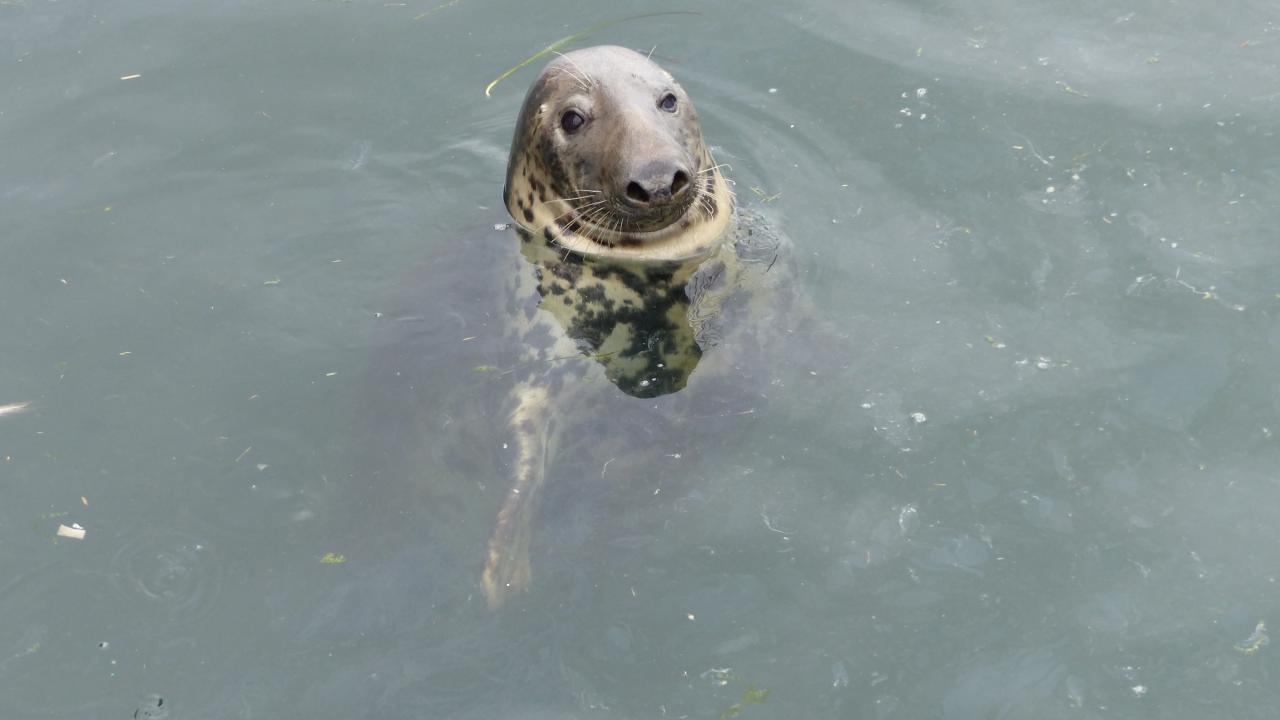 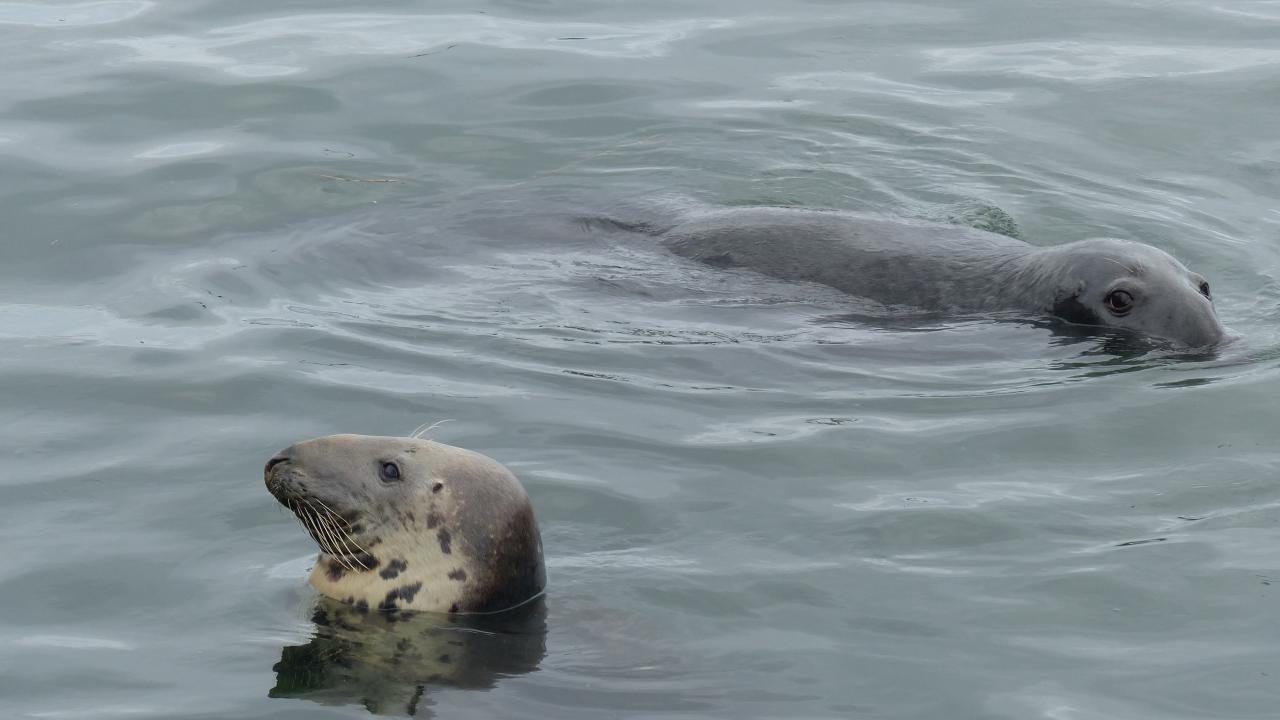 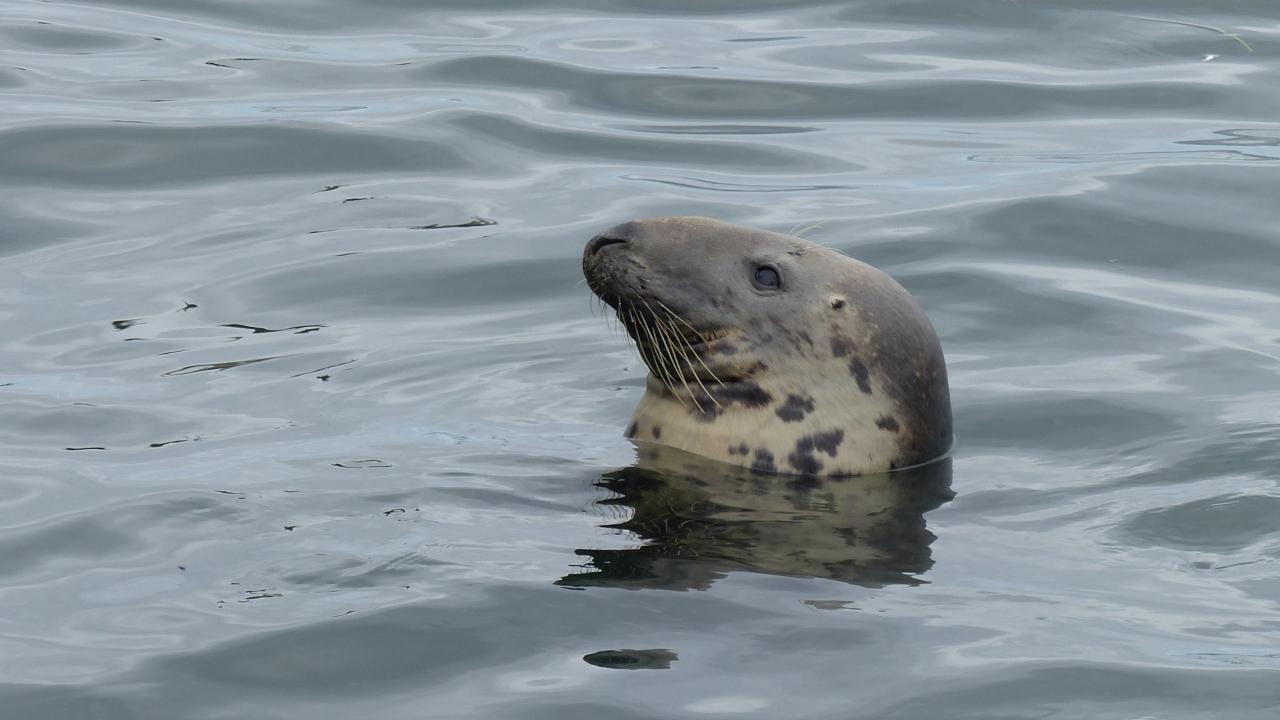 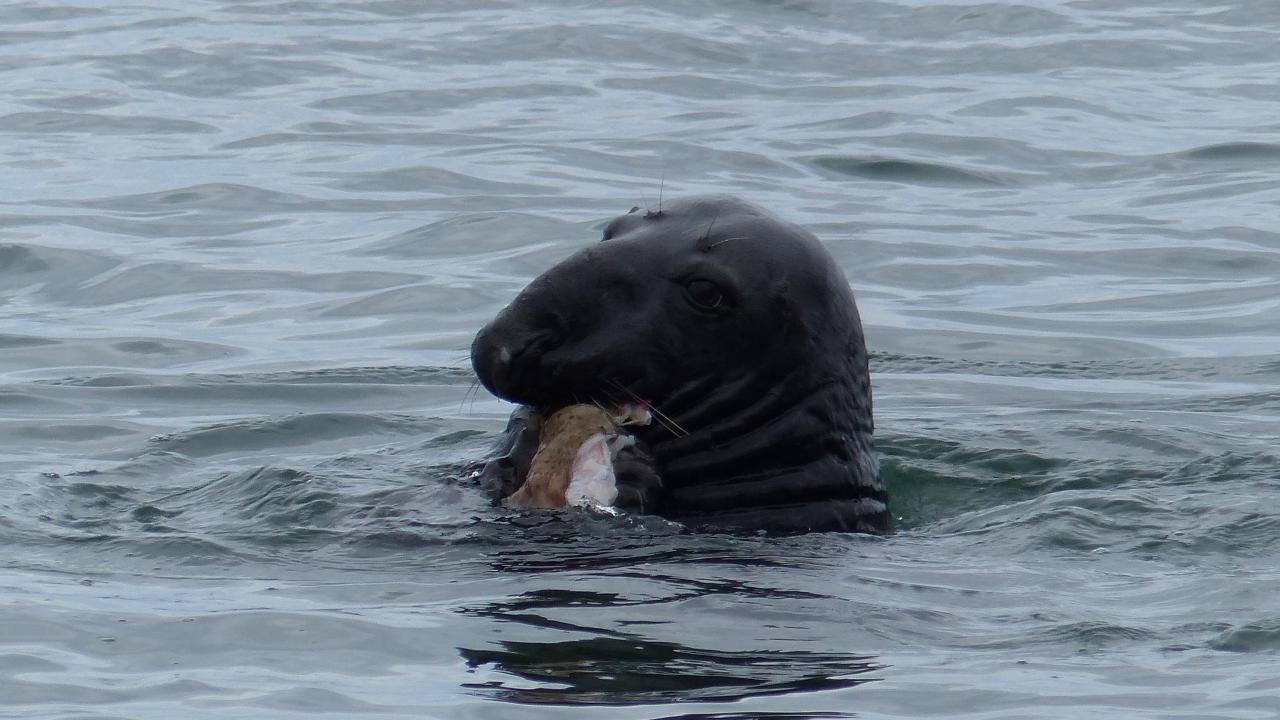 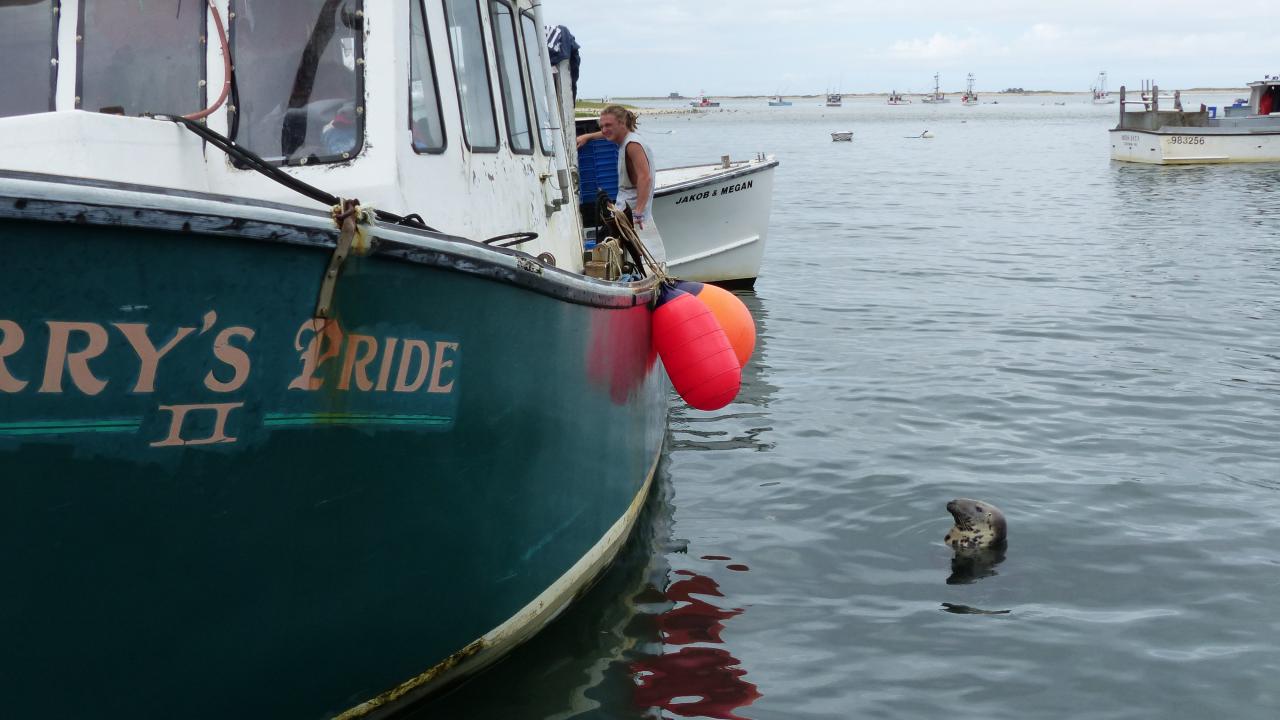 Both the Harbour Seal (or Common Seal) and the Grey Seal are found on both shores of the North Atlantic Ocean. The Harbour Seal is further found in coastal waters of the Pacific Oceans and the Baltic and North Seas.
The easiest way to tell a Grey Seal from a Harbour Seal is to look at the head.
The Harbour seal has a relatively smaller and rounder head and has a "dog-like" face. Its nostrils form a V-shape and meet at the bottom. Its eyes are closer to its nose.
The Grey Seal has a more oval-shaped head and more ‘cat-like’ face. The nostrils of a Grey Seal are parallel (they don’t meet at the bottom). Grey Seals have double chins while Harbour Seals do not.
The Harbour Seal measures up to 1.7 metres long, the Grey Seal is usually bigger and measures up to 2.2 metres.
Colour is not a guide to identification and changes as the seals dry out. Spots on Harbour Seals tend to be smaller and more numerous.

These Grey Seals were waiting for the fishermen on the nearby boat to throw them some fish. This is at the Chatham Pier on Cape Cod, a neat place to watch the fishing boats come in and the Grey Seals play around by the docks.