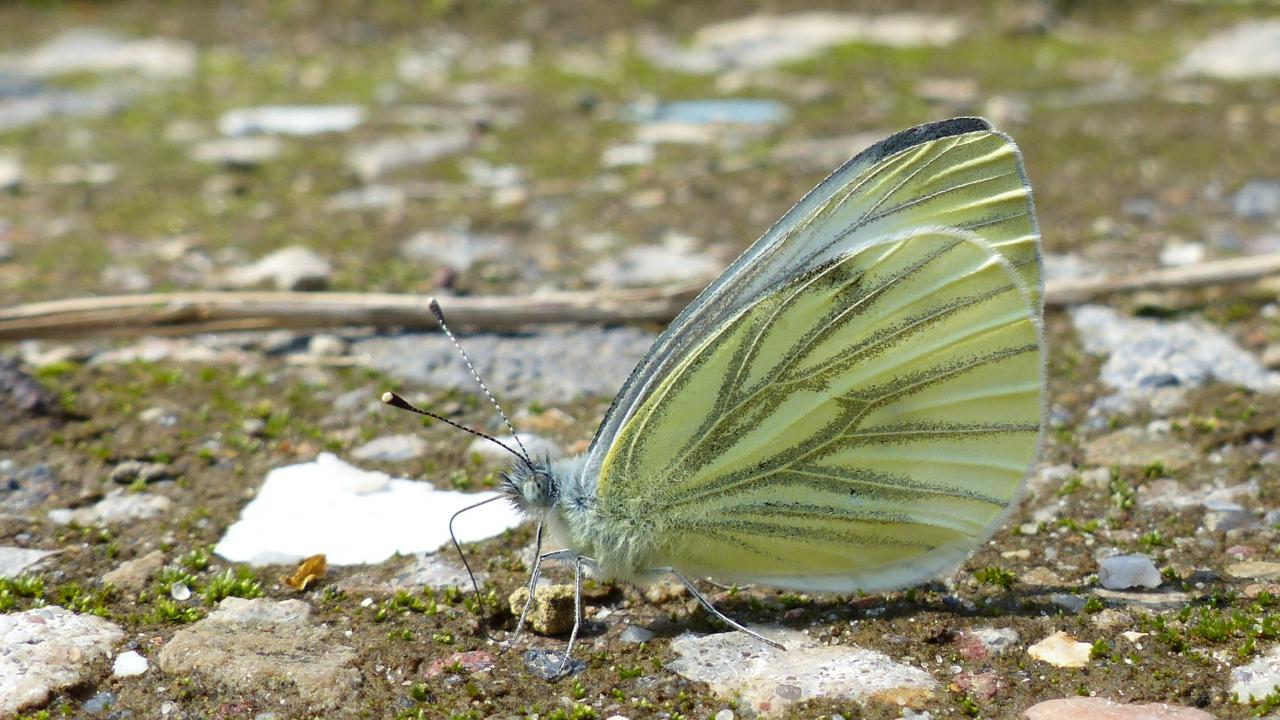 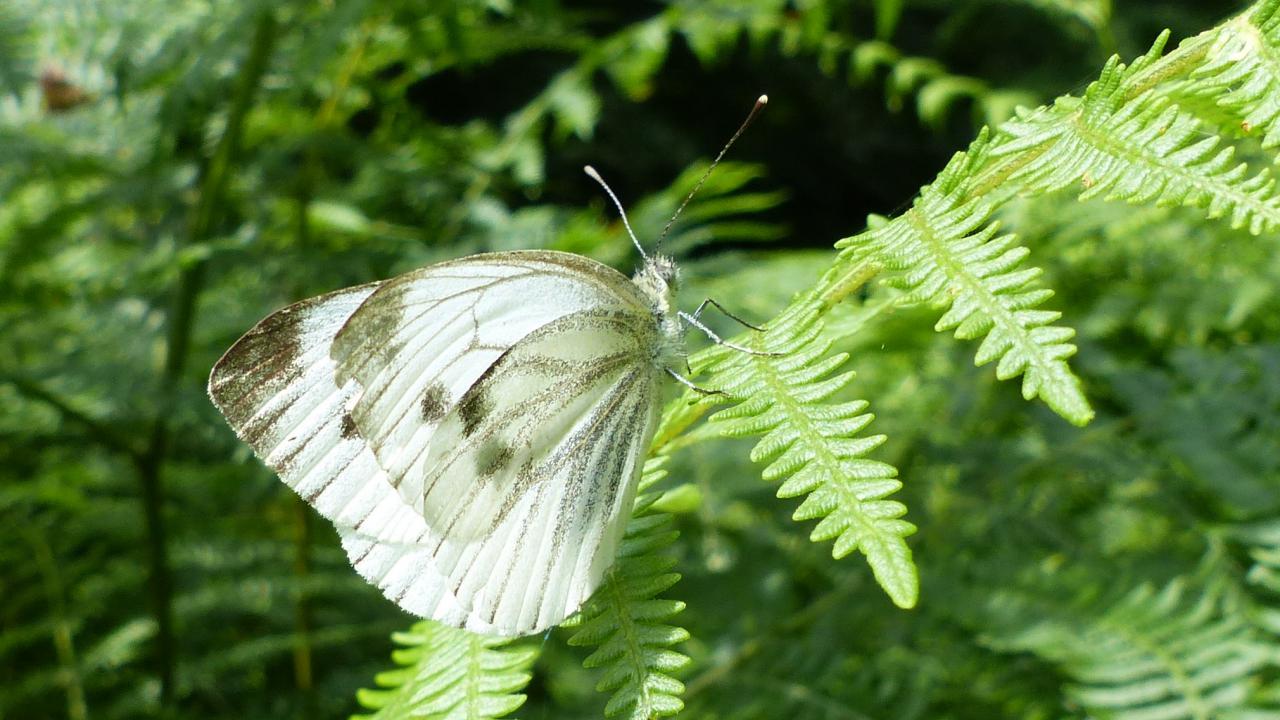 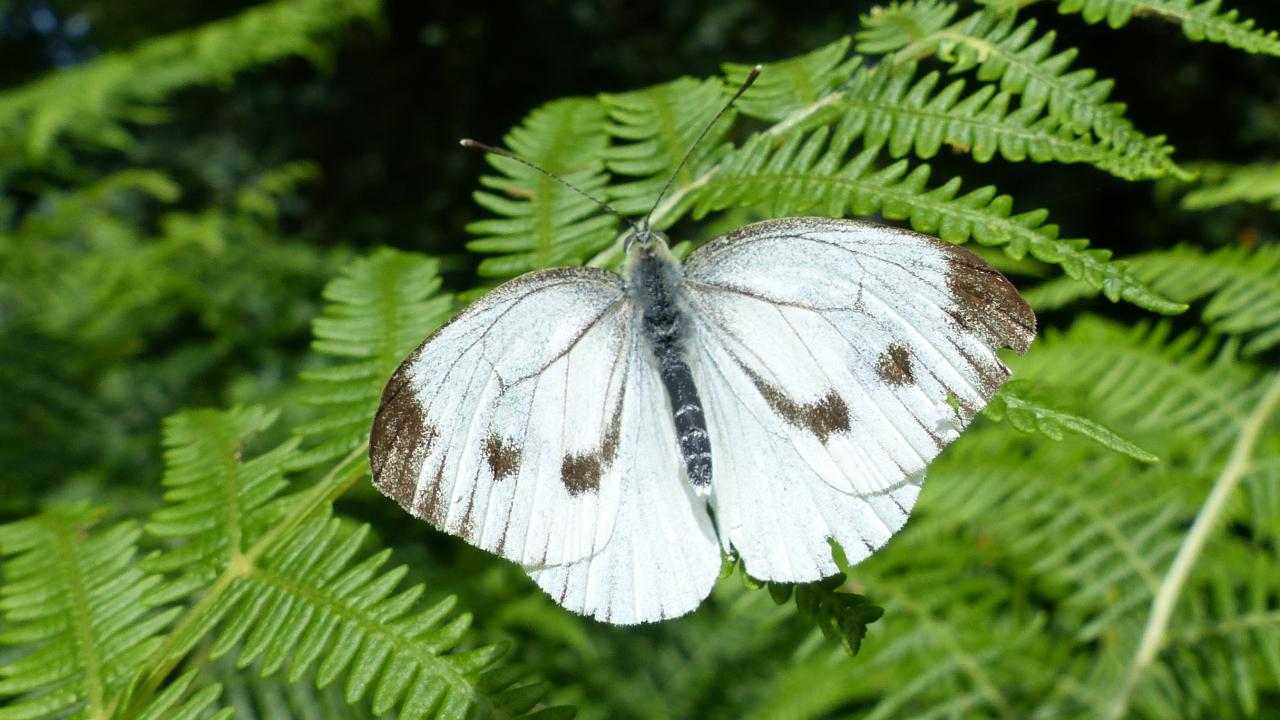 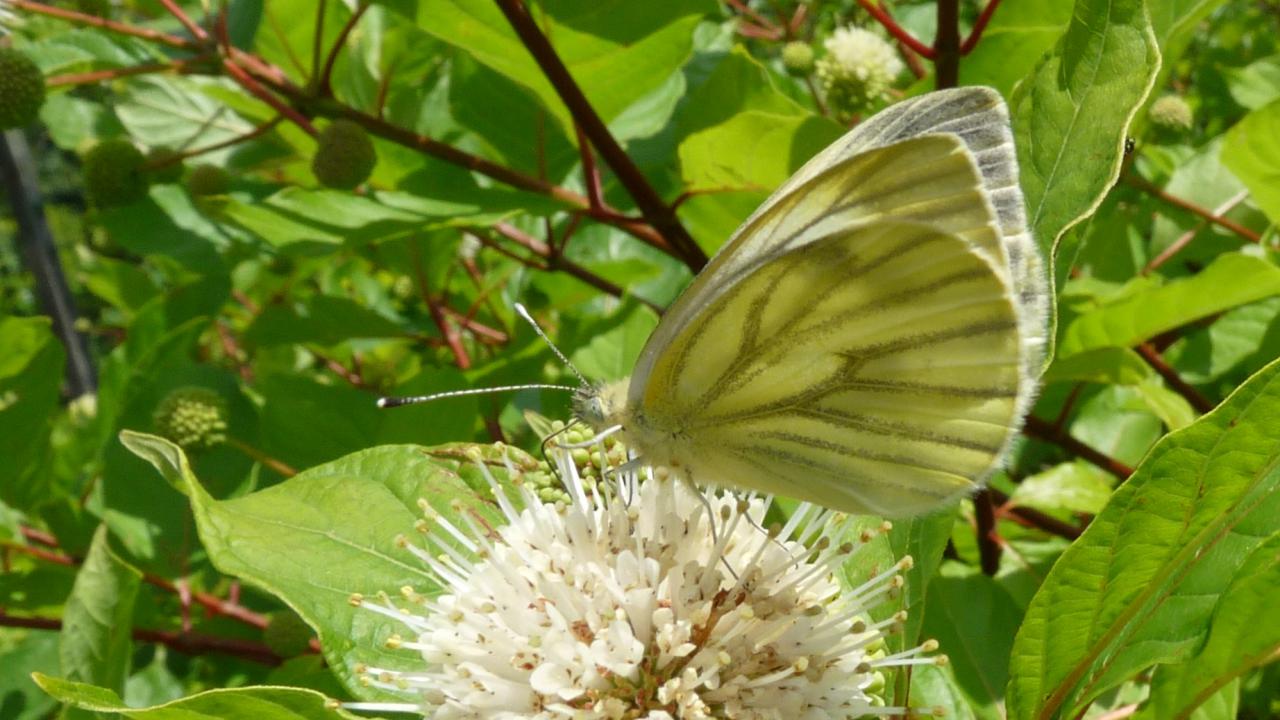 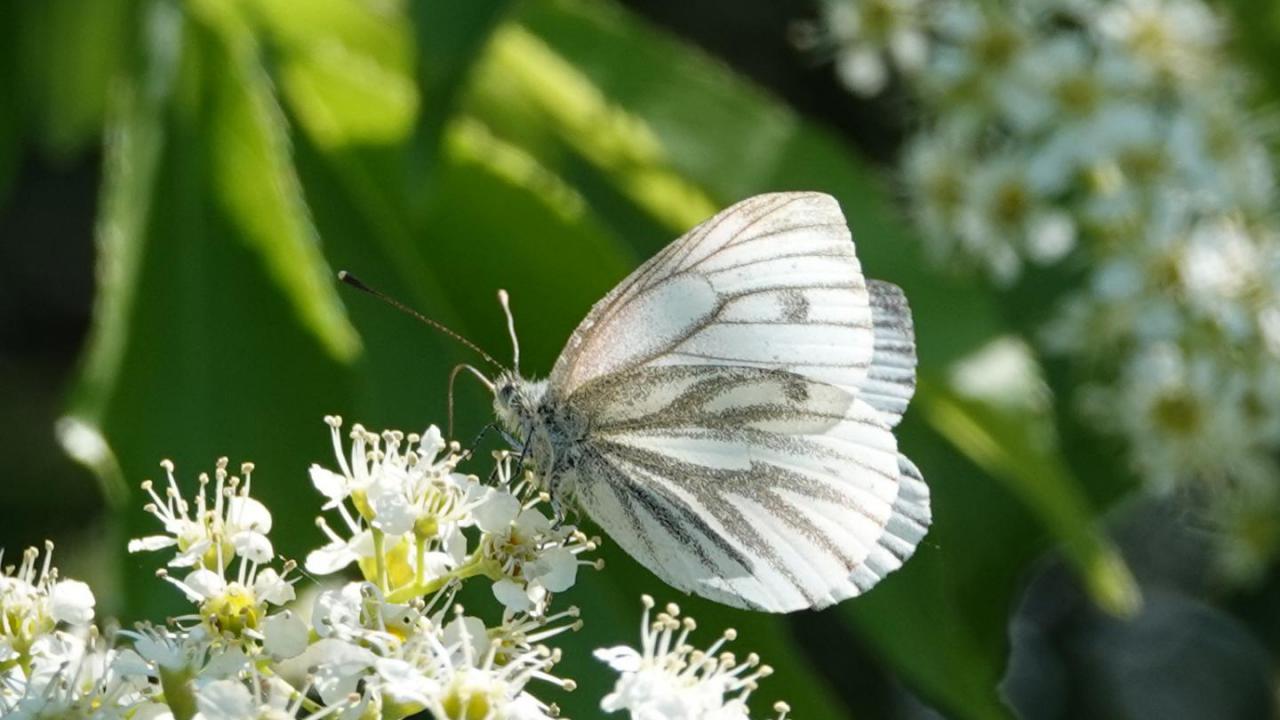 Adults can be confused with the Large White (Pieris brassicae), the Small White (Pieris rapae) and the Southern Small White (Pieris mannii) but the black marking at the wing tip is not continuous but is divided into a number of smaller marks.
It can further be distinguished by the darkened veins on the upper and underside of the wing.
The two broods of the Green-veined White differ slightly in appearance.
The underside hindwings of the spring brood are pale yellowish with the edges of the veins heavily peppered with grey.
Those of the summer brood adults are richer in colour and have the peppering much reduced.
As with the Large Whites, Small Whites and Southern Small Whites, males have a single spot on the upperwing while females have two.