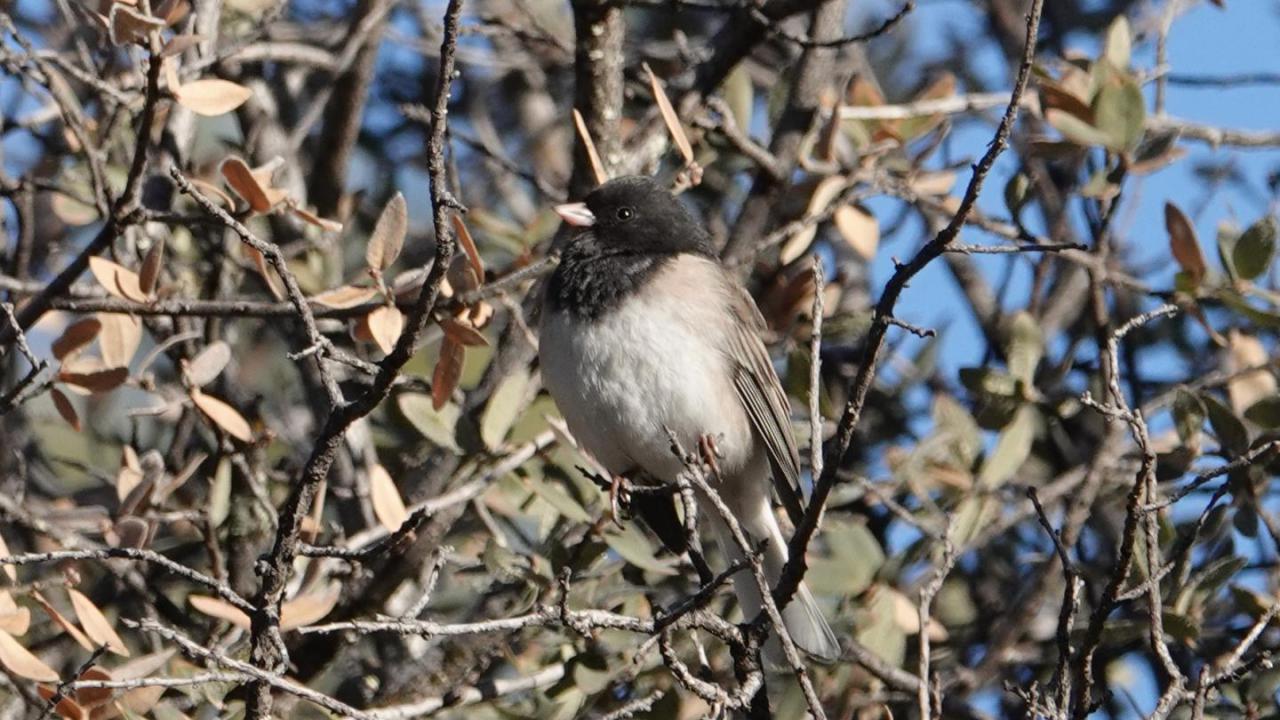 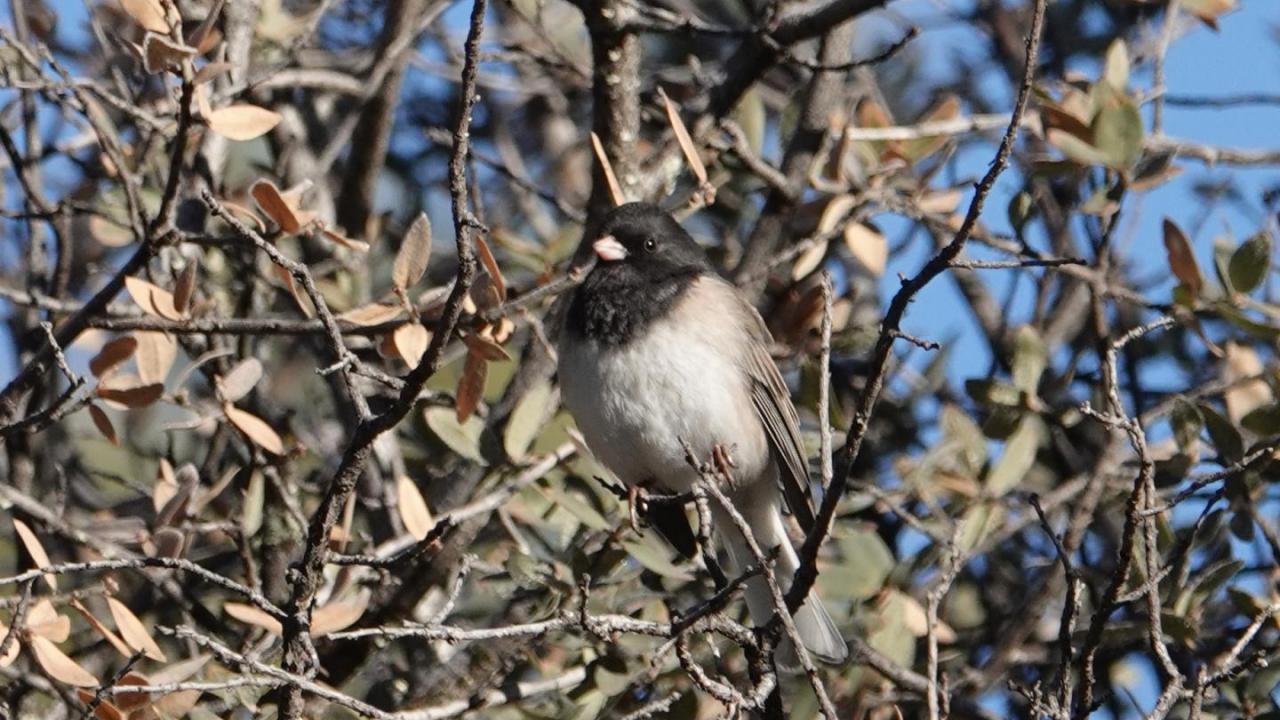 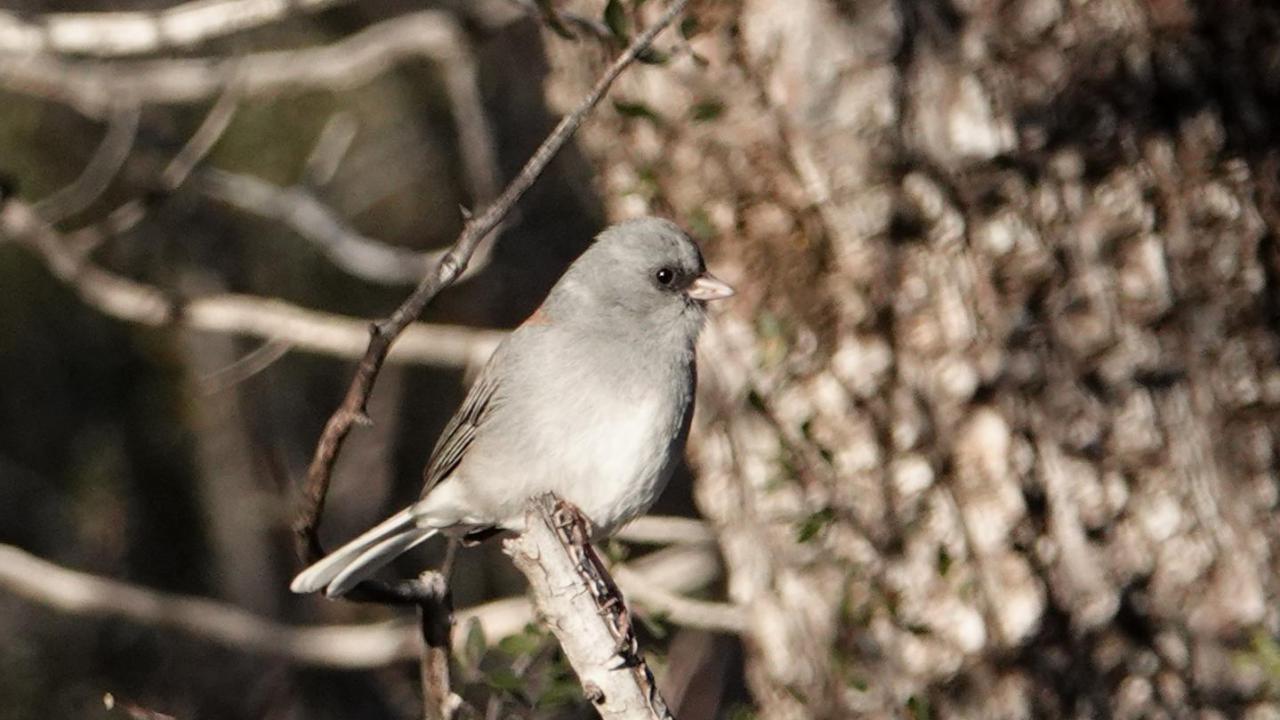 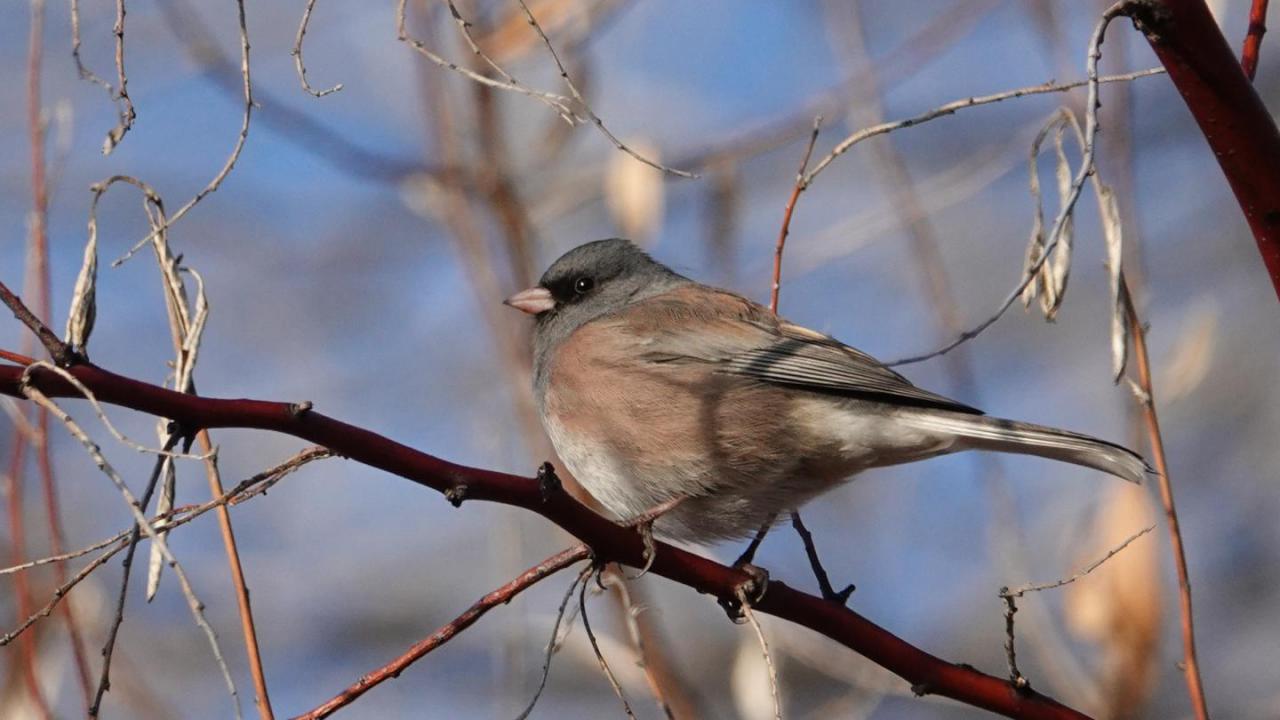 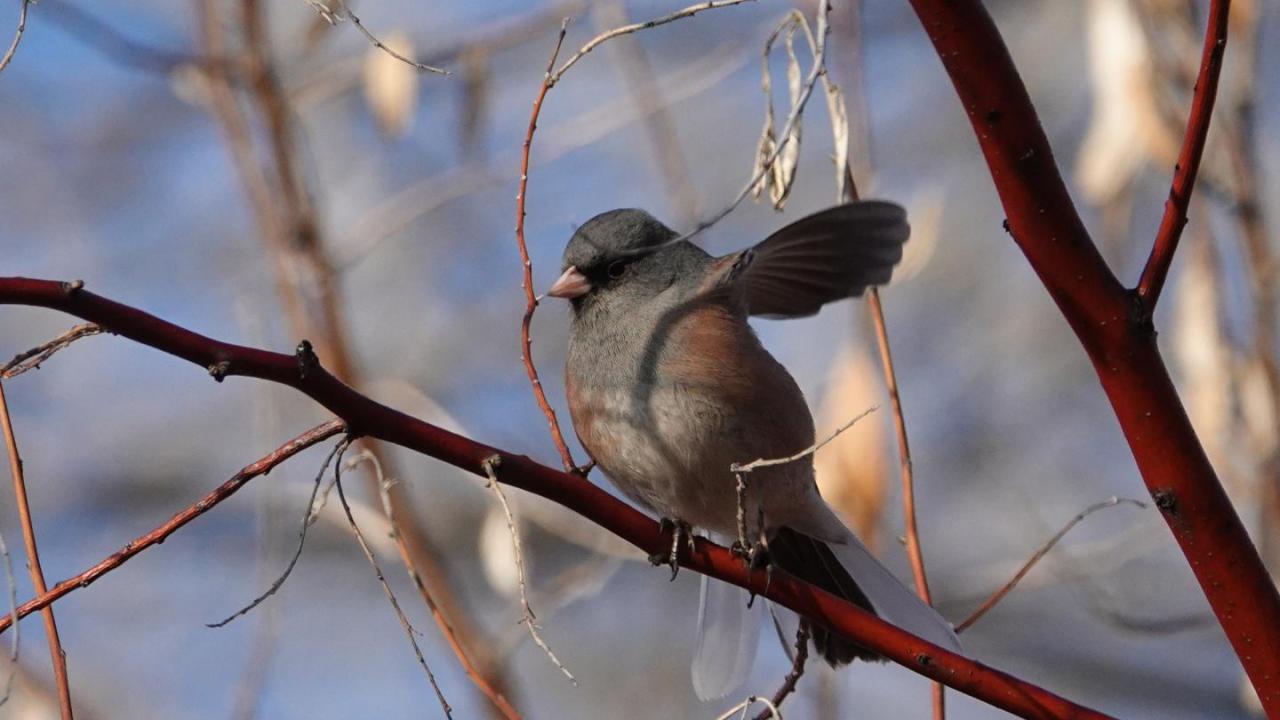 The Dark-eyed Junco is a common bird accross North America but there is a huge geographic variation between populations.
East of the plains the Dark-eyed Juncos are all gray and white, but in the West they come in various color patterns, with reddish-brown on the back or sides or both.
Some of these were once regarded as different species.
The forms have separate ranges in summer, but in winter several types may occur in the same flock in parts of the West.
Subspecies include: Slate-colored (widespread), Oregon (West), Pink-sided (South-West), Grey-headed (South-West), Red-backed (New Mexico, Arizona), and White-winged (Colorado in winter).
They forage mostly while hopping and running on the ground.