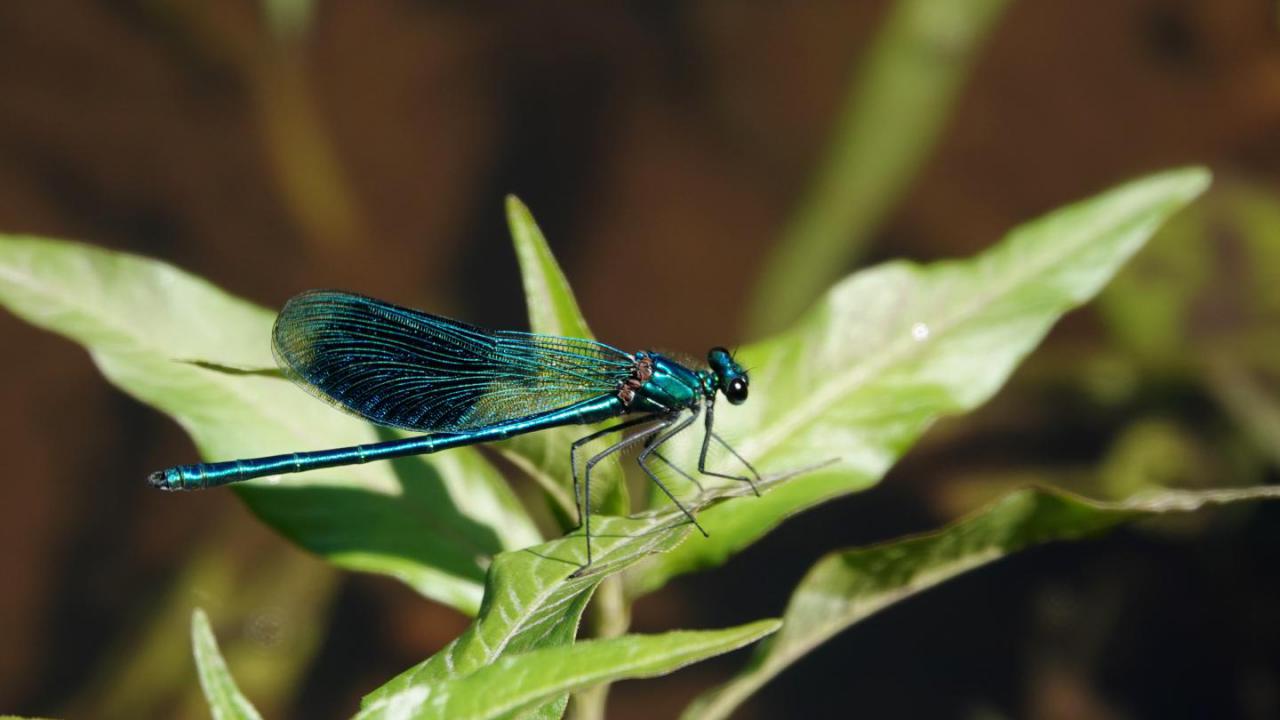 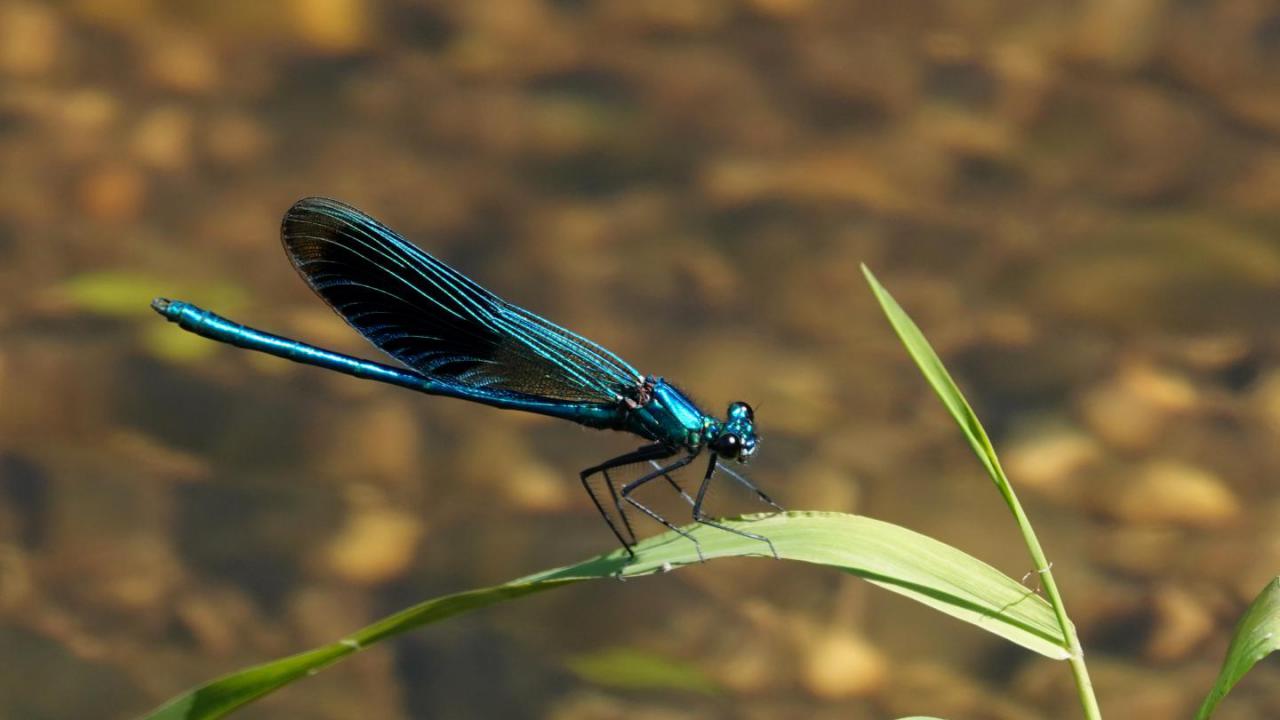 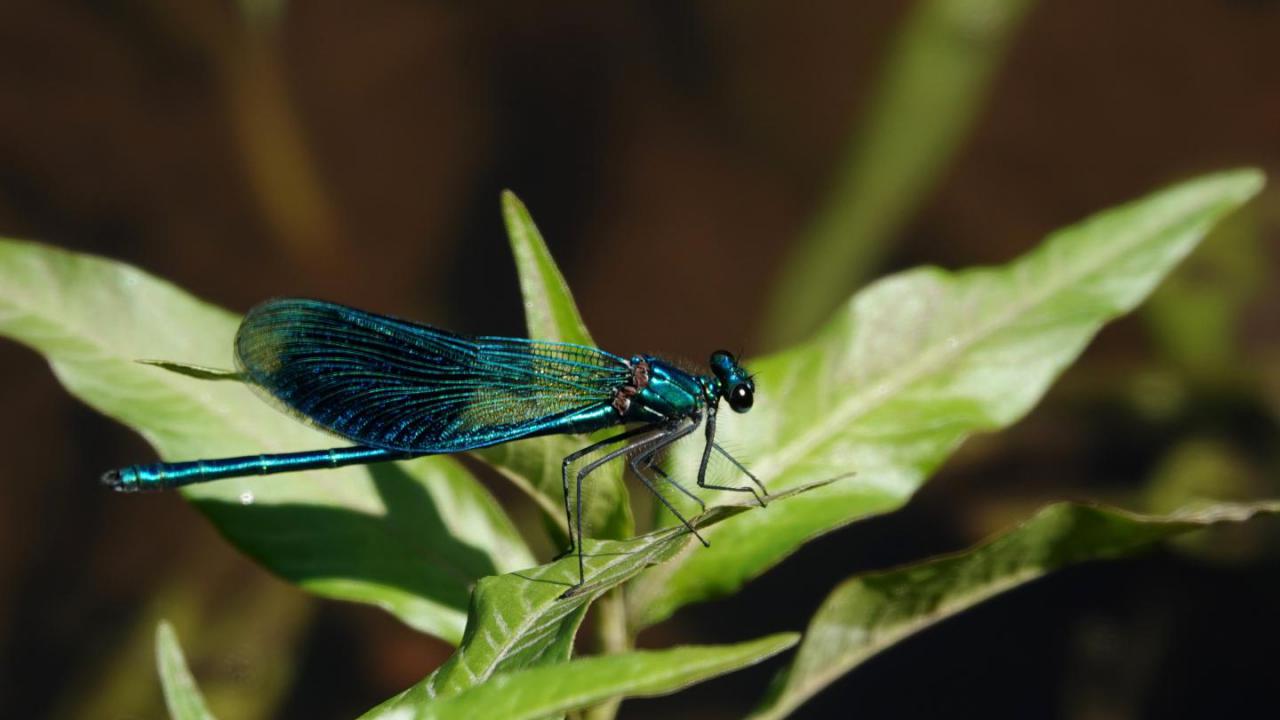 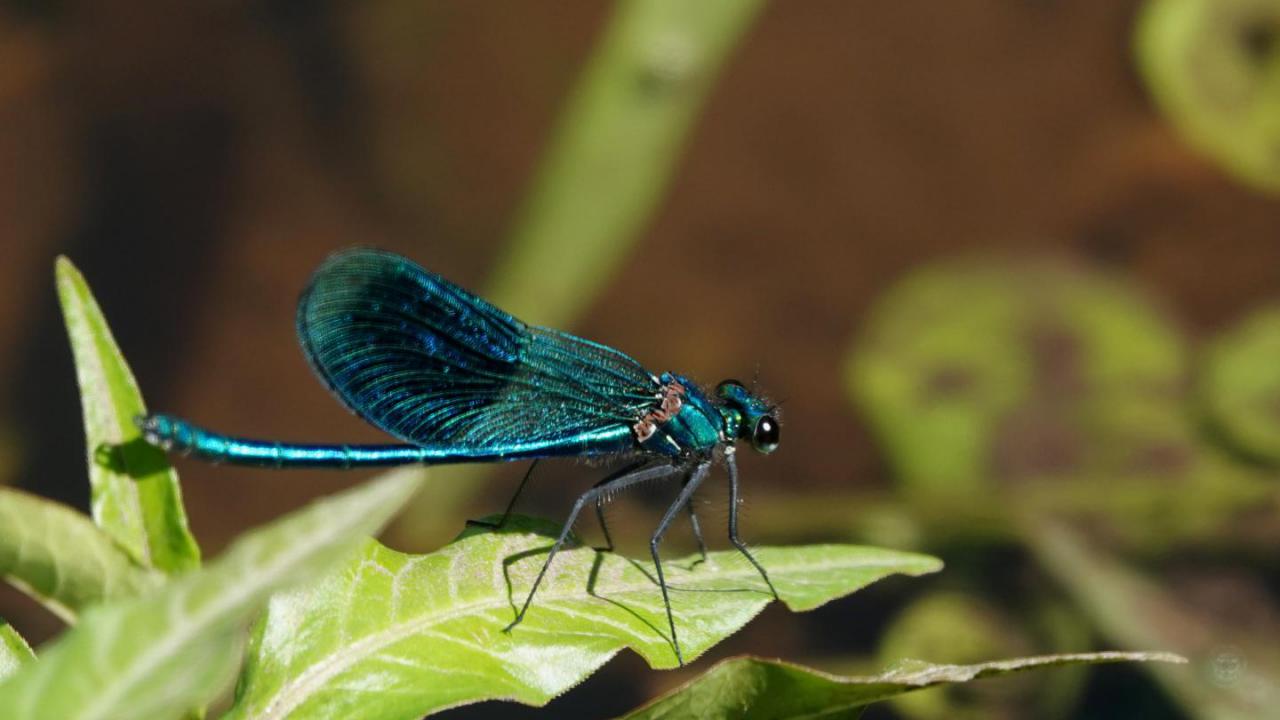 The Banded Demoiselle (Calopteryx splendens) is a large damselfly with a total length of up to 48 millimetres and a hindwing length of up to 36 millimetres.
Male and female are variable in color and pattern.
The male has translucent wings which each have a broad, dark iridescent blue-black spot (or band) across the outer part.
On immature dragonflies the spot is dark brown.
The body can be a metallic blue or bluish green or a combination of both colours, depending on the time of year and location.
The dark wing patch of the male starts at the nodus (the slight dip midway down the upper edge of the wing) but can reach up to the wing-tip in southern races.
In the very similar Beautiful Demoiselle (Calopteryx virgo), the dark patch starts before the nodus.

The female has translucent, pale green iridescent wings with a white patch near the tip (a pseudo-pterostigma), and a metallic green or bronze/green body.
The very similar female Beautiful Demoiselle usually has darker (more brownish) wings and her pseudo-pterostigma is placed a little further away from the tip of the wing.