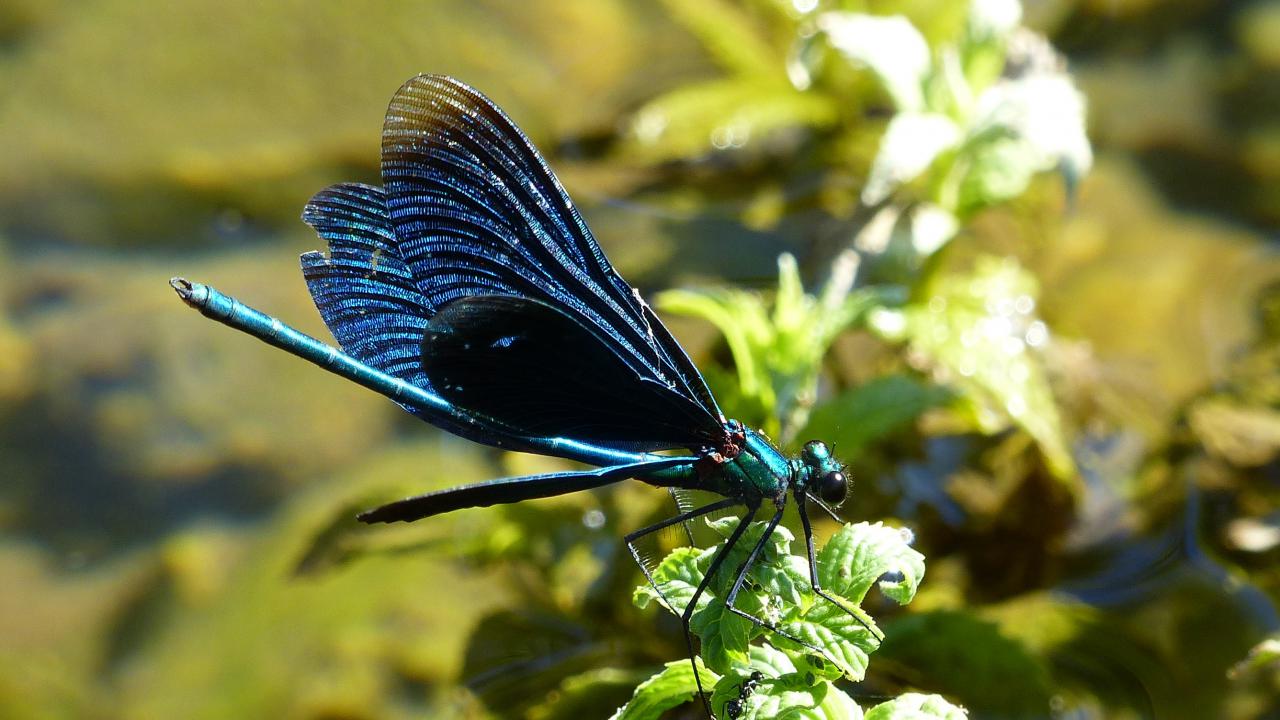 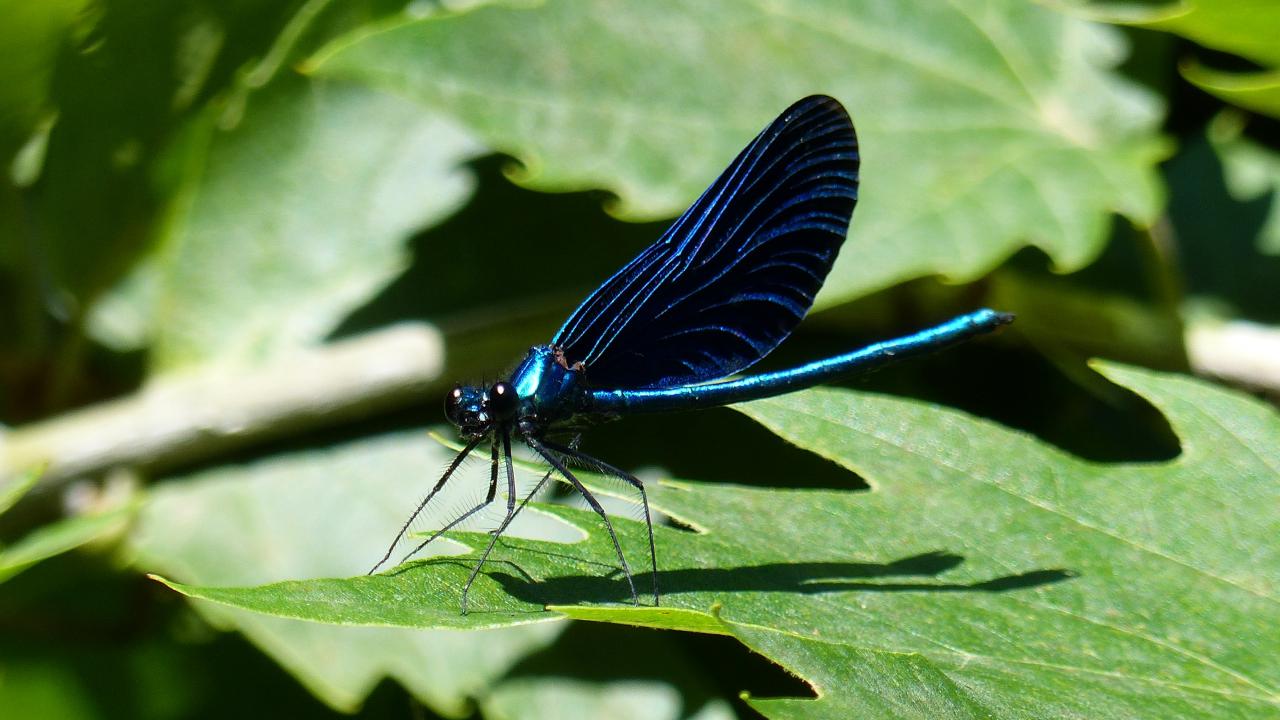 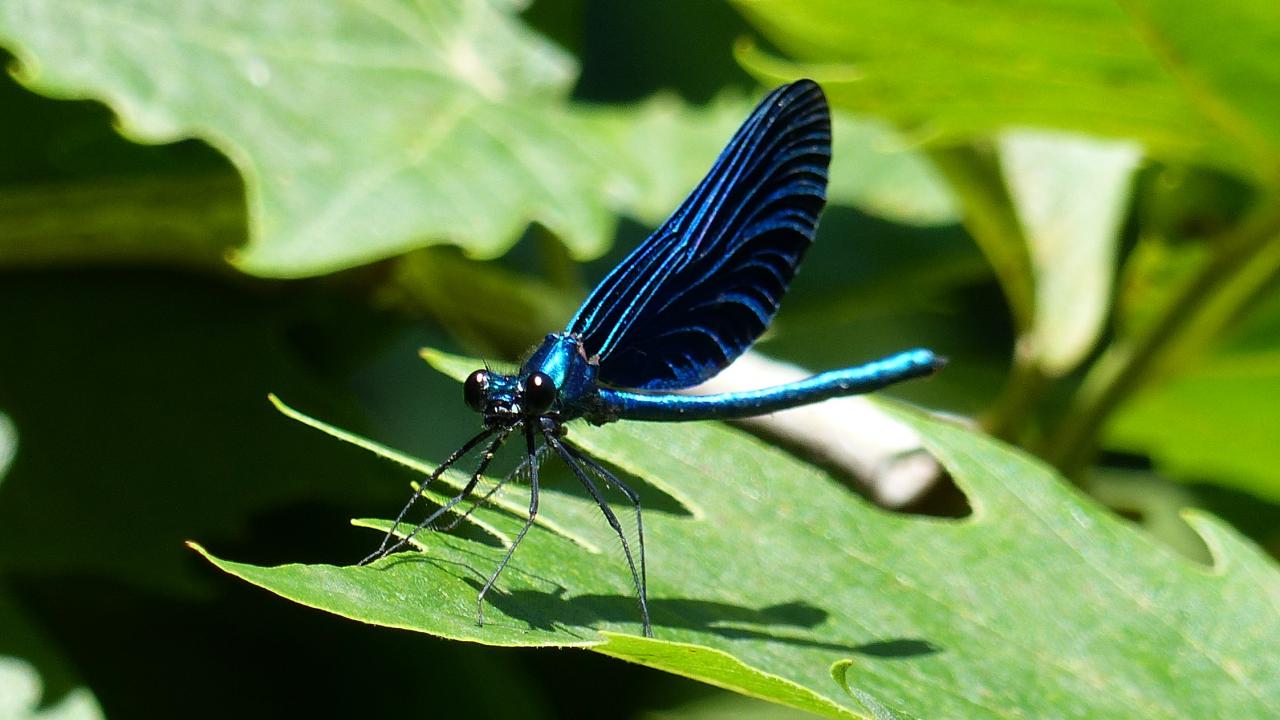 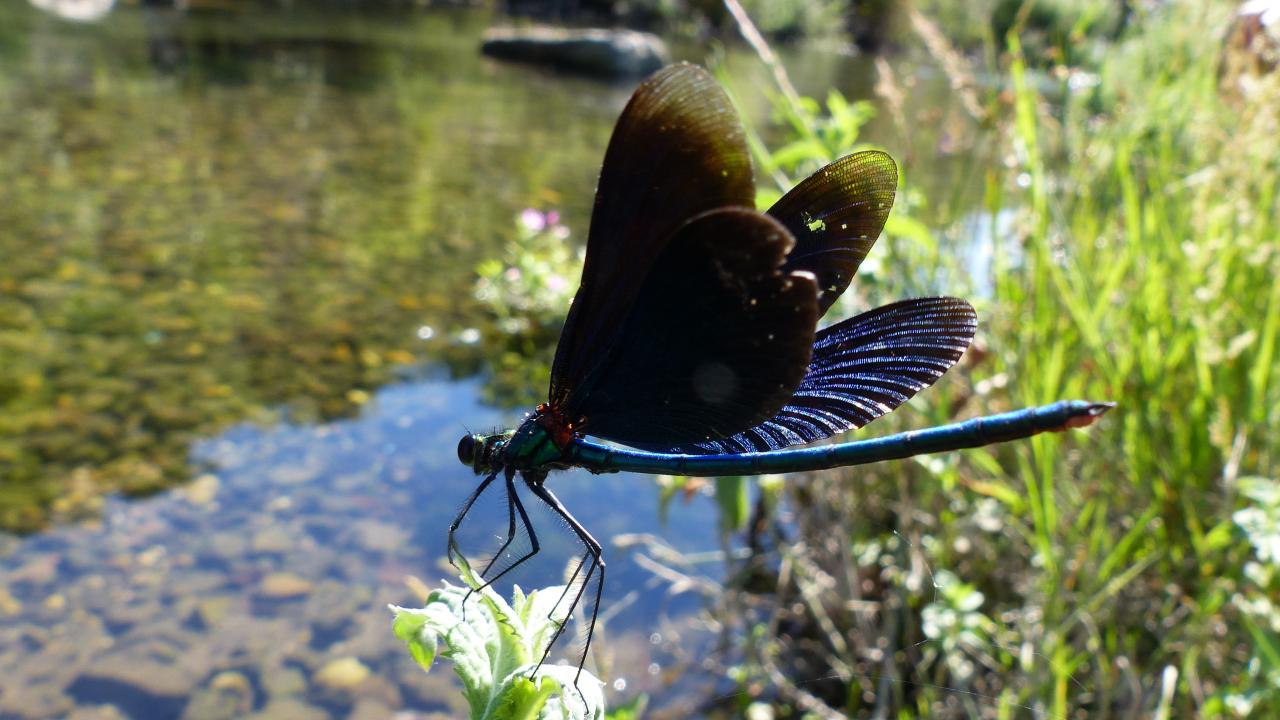 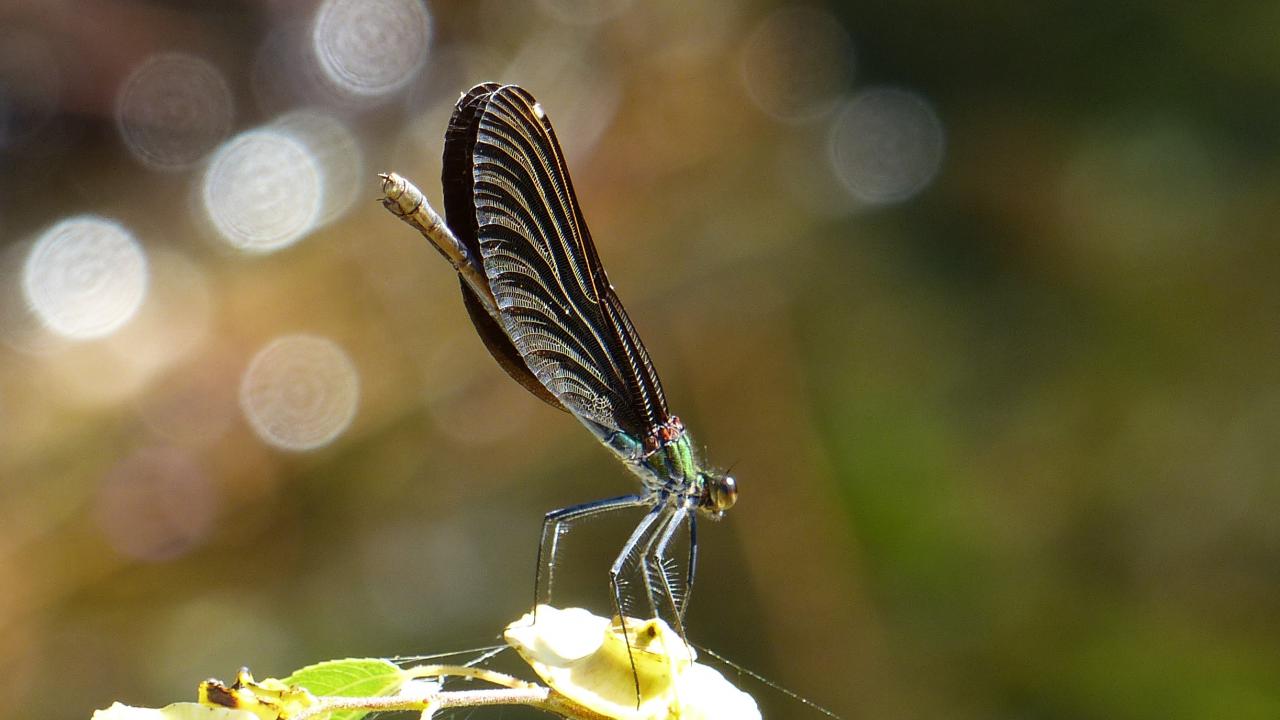 The male Beautiful Demoiselle (Calopteryx virgo) usually has much more extensive pigmentation on the wings than other Calopteryx species in its range.
In the south east of its range (the Balkans and Turkey) the wings are entirely metallic blue while in other areas, there are clear areas at the base and tip of the wing.
Immature Beautiful Demoiselles often have much paler, browner wings.
They have metallic blue-green bodies and blue-green eyes.
The female has dark brown iridescent wings, a white patch near the tip of the wings (called a pseudo-pterostigma; clearly shown on the last photo) and a metallic green body with a bronze tip of the abdomen.