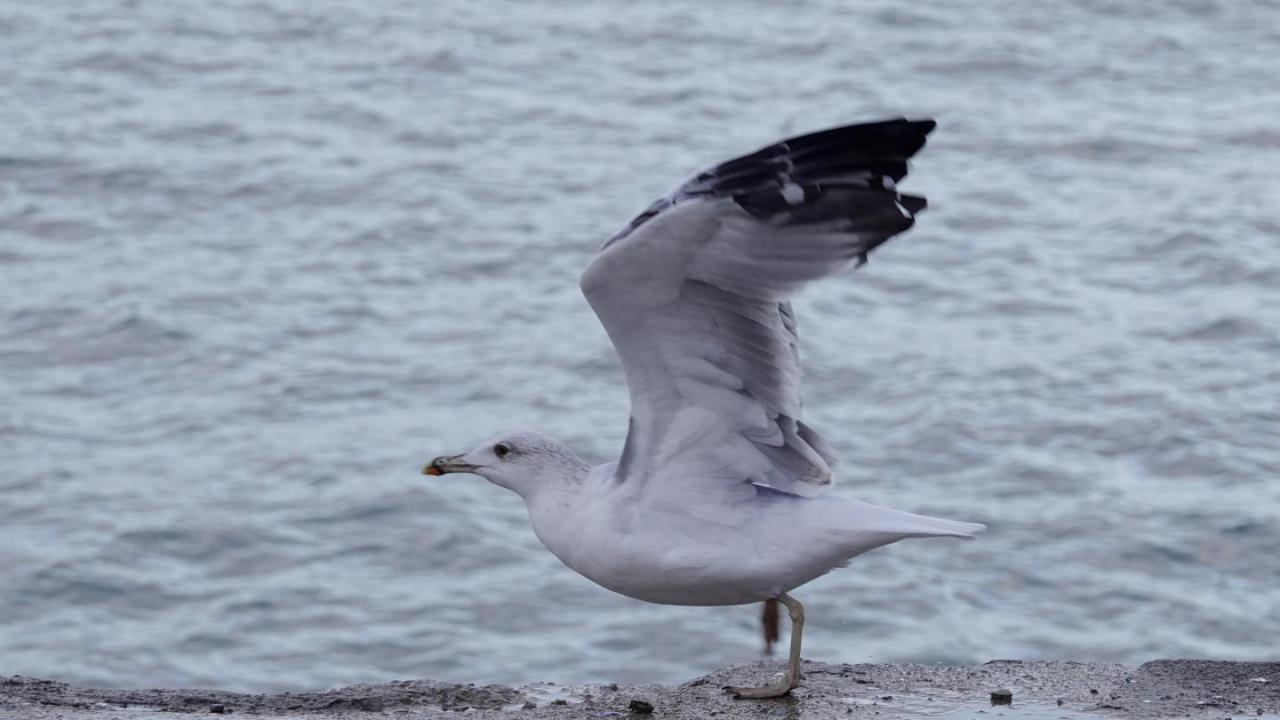 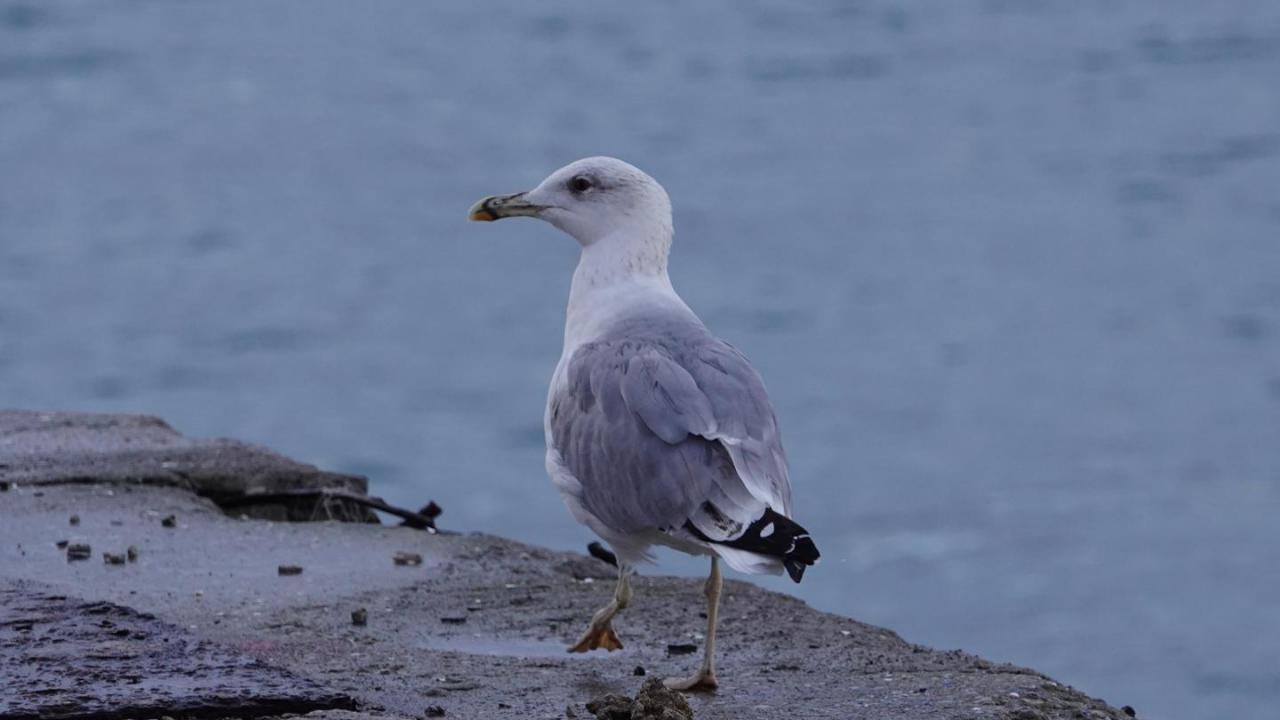 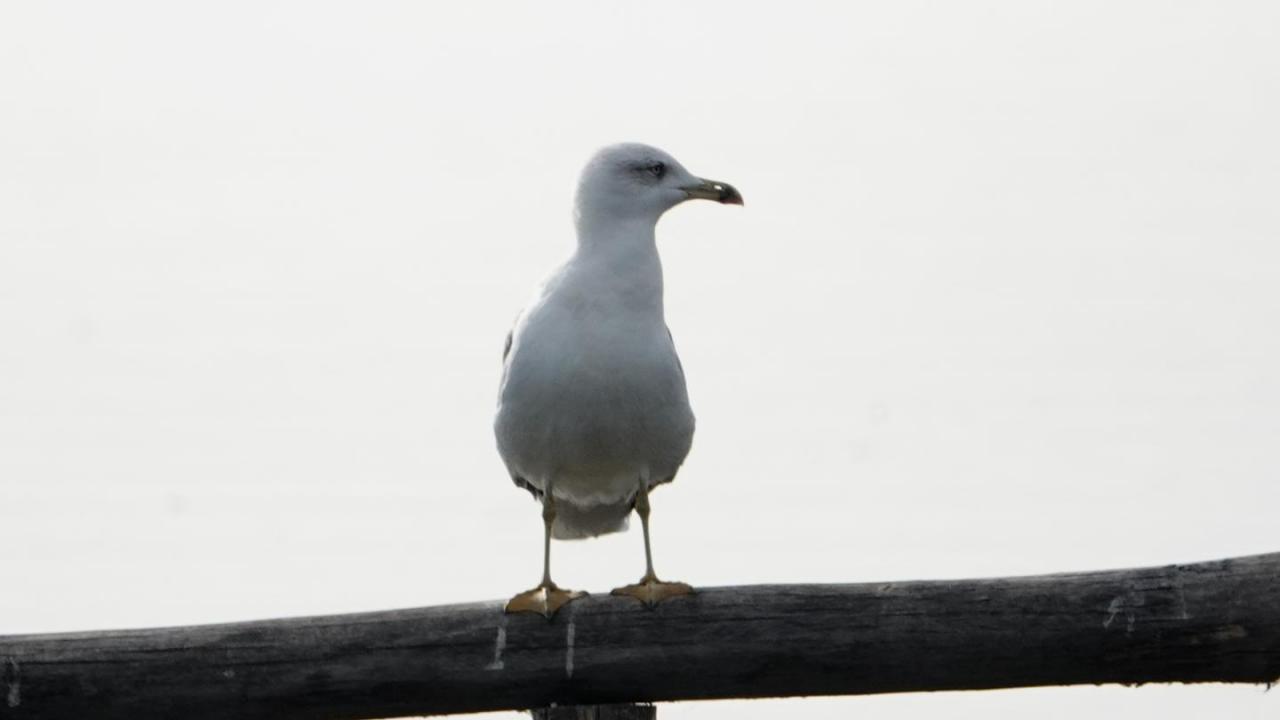 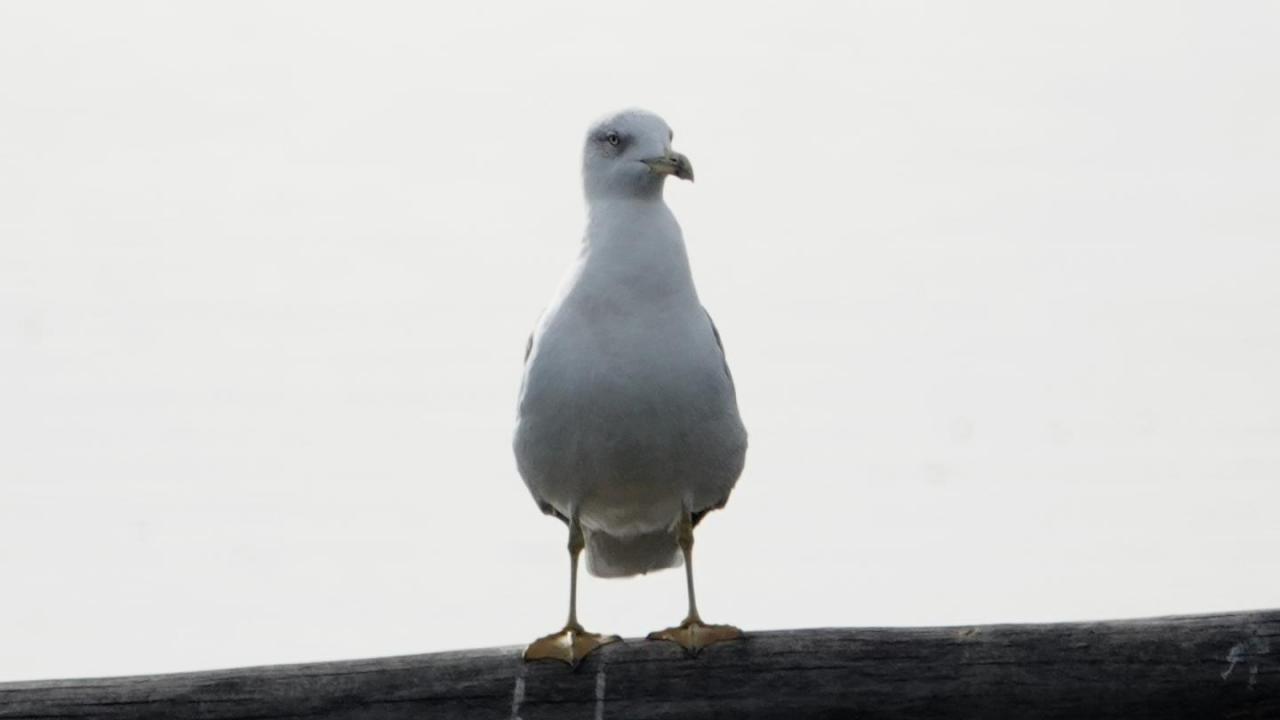 The Yellow-legged Gull has only around 2007/2008 been recognised as a separate species, having previously been considered to be a race of Herring Gull.
Adults have darker grey backs and wings than Herring Gulls, but are paler than Lesser Black-backed Gulls.
They have more black in the wing tips than Herring Gulls and smaller white 'mirrors'.
The legs are bright yellow, there is a red ring around the eye and the bill is yellow with a large red spot.

Birds breeding on the Atlantic coasts of Morocco, Portugal and Galicia (and spreading north from there) are usually also included here, but are sometimes considered to be a third subspecies: L. m. lusitanius.
Atlantic Yellow-legged Gulls usually have darker wings and back by comparison with Mediterranean Yellow-legged Gulls, creating a more pronounced contrast to the white parts.