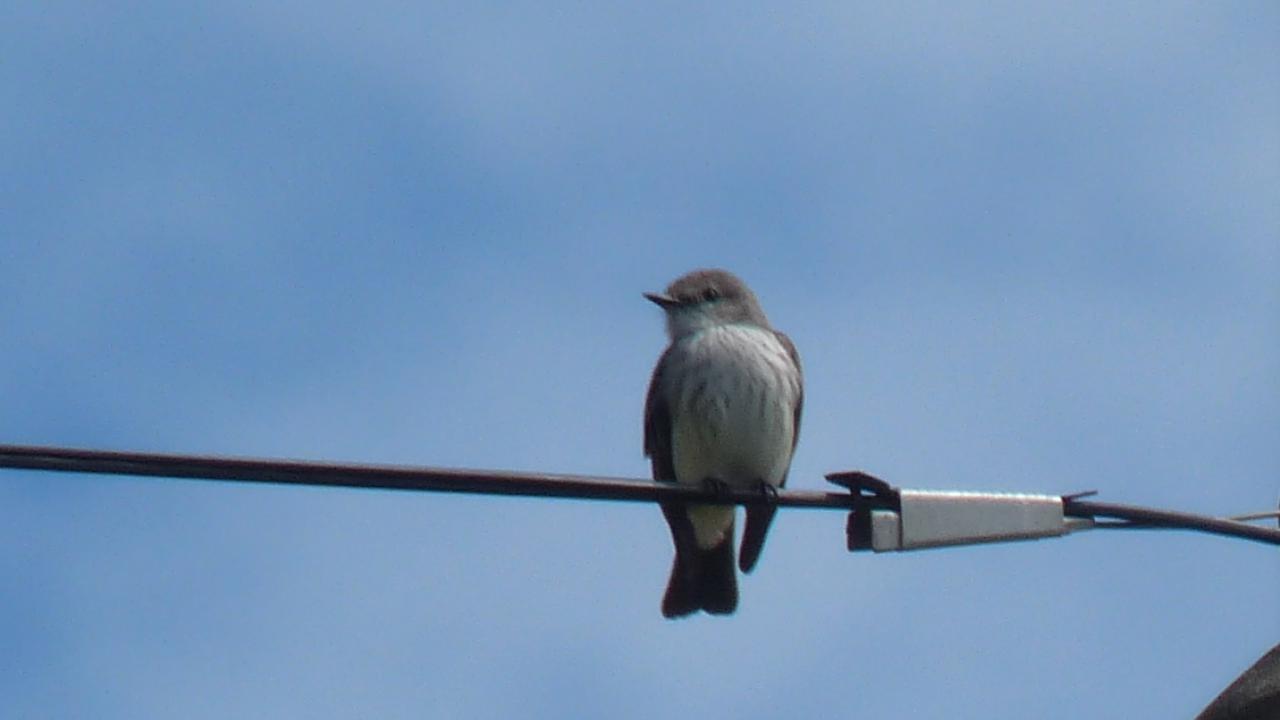 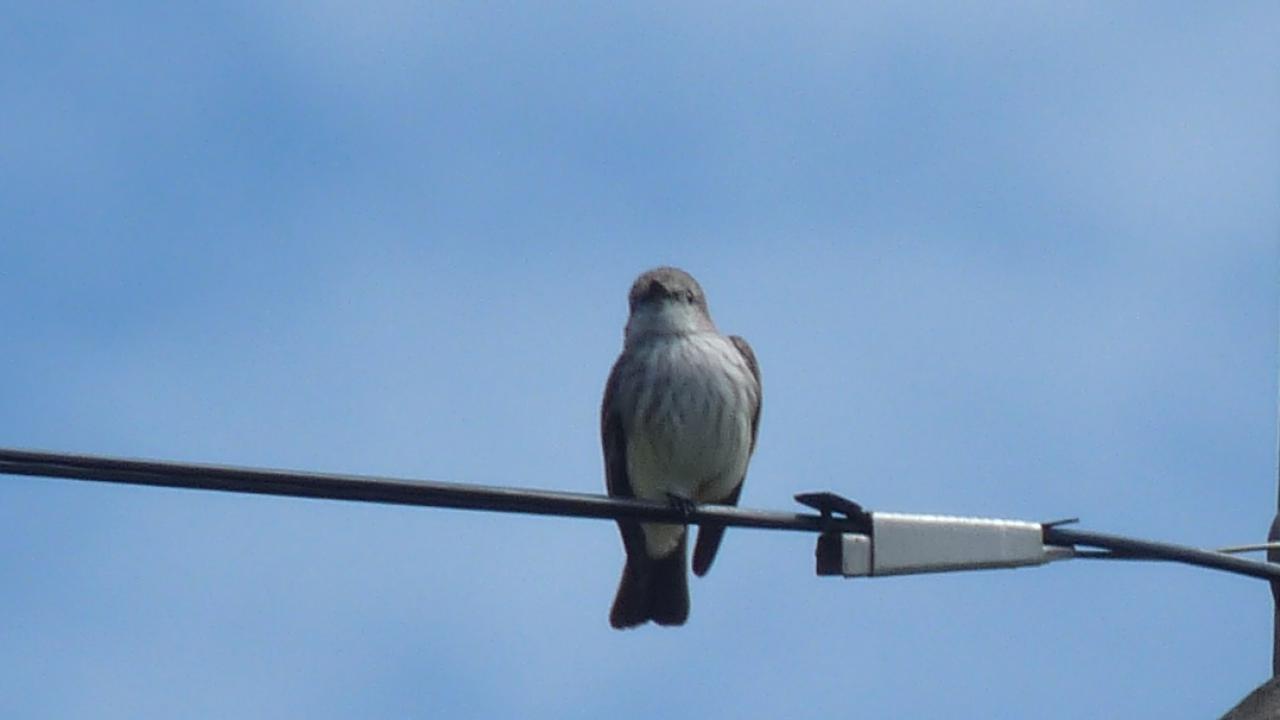 Most flycatchers are drab by colour, but the male Vermilion Flycatcher has a brilliantly red body.
It is usually seen perched fairly low in open areas near water, dipping its tail gently.
Females are much less colourful and have a peach-colored belly with a dark gray upperside.
Based on a molecular phylogenetic study published in 2016, the scientific name of the Vermilion Flycatcher was changed from Pyrocephalus rubinus into Pyrocephalus obscurus.
Some of the formerly considered subspecies were classified as a full species and as of 2016 there are nine widely recognized subspecies.
The one occurring in South Peru is Pyrocephalus obscurus cocachacrae.