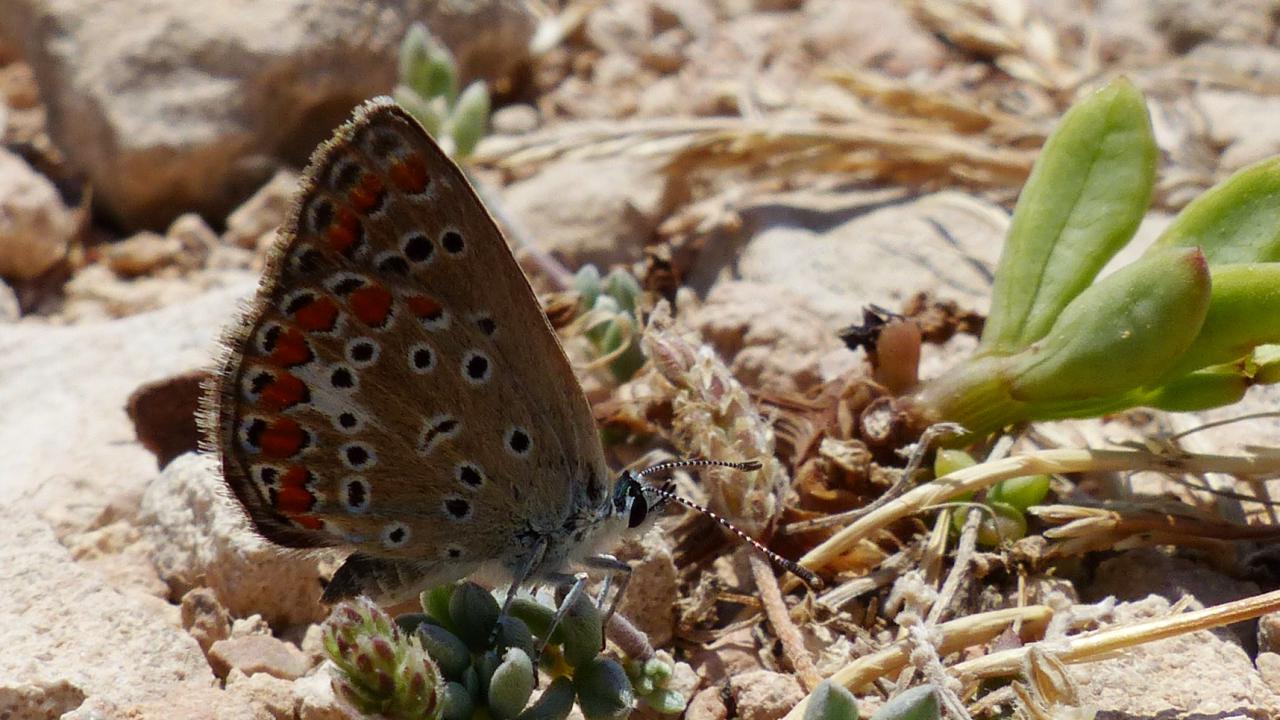 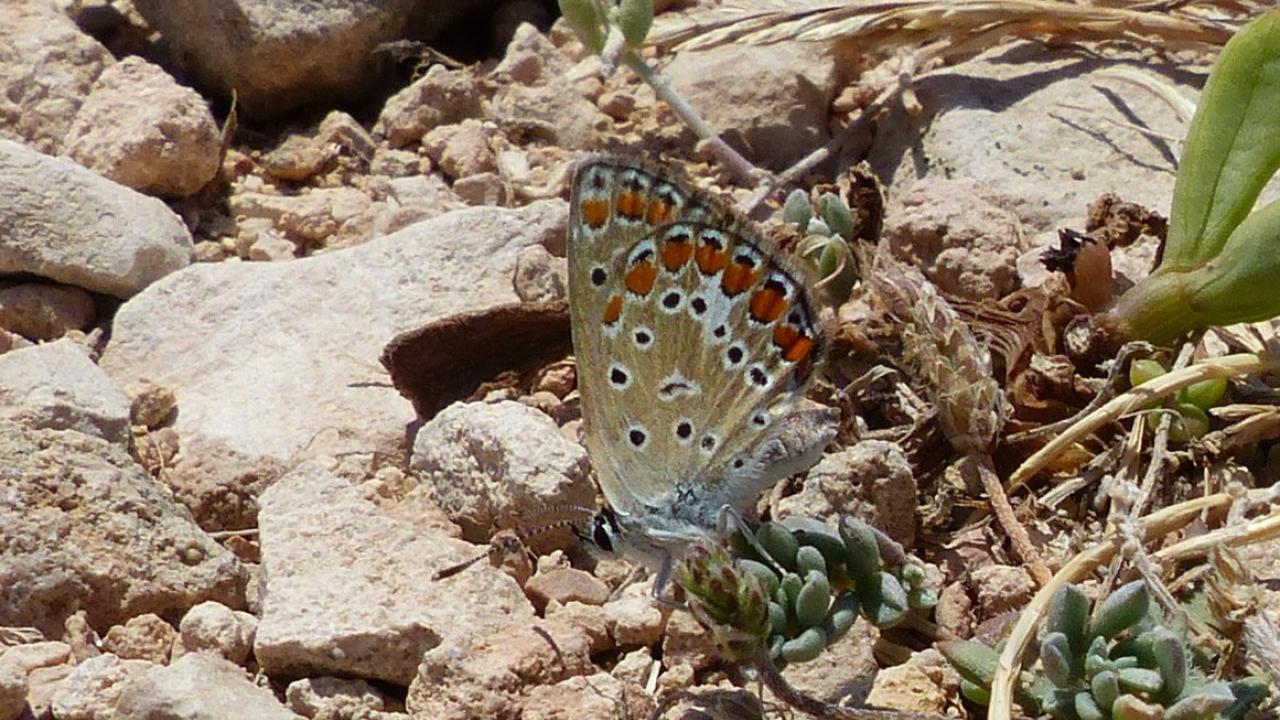 Both P. icarus and P. celina can easily be confused with the Brown Argus (Aricia agestis).
The best way to tell the difference is to look at the underside of the wings, and more particularly the pattern of the spots.
There are two distinguishing features:
1. P. icarus/celina has a spot (the "cell spot") on the underside of the forewing that is absent in the Brown Argus;
2. The three spots on the leading edge of the hindwing are more or less horizontally aligned in P. icarus/celina whereas in the Brown Argus two of the three spots are vertically aligned, almost forming a "hockey stick" with the third spot.

In southern European countries P. icarus/celina is easily confused with the Adonis Blue (Polyommatus bellargus).
Both look very similar but the Adonis Blue has a very characteristic black chequering on the white margins (fringes) of its wings, where the veins cut the margin (in Dutch: "geblokte franje").