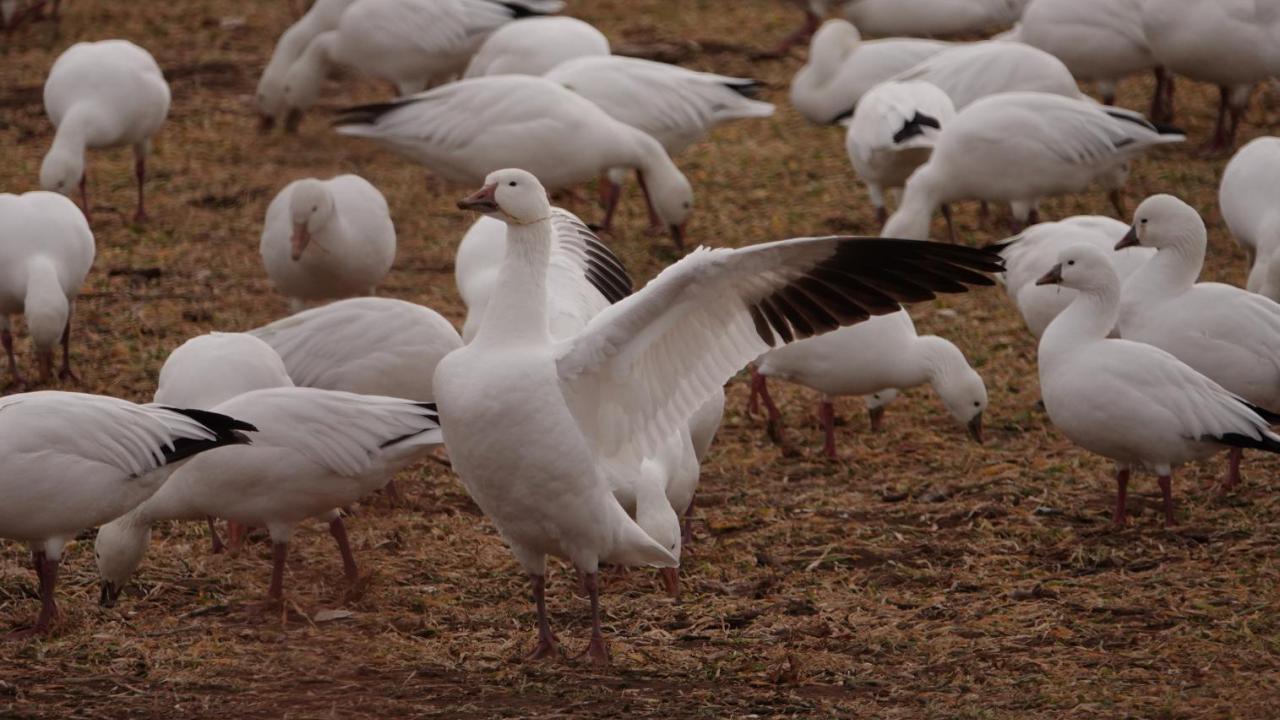 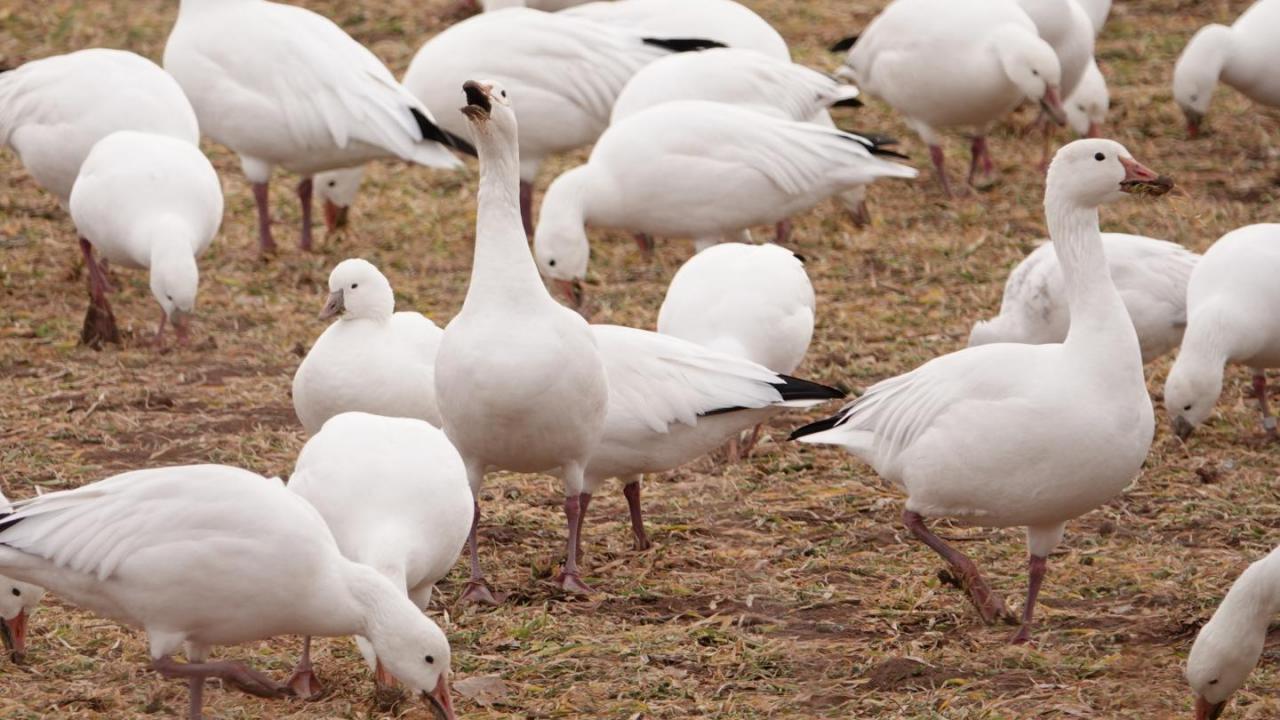 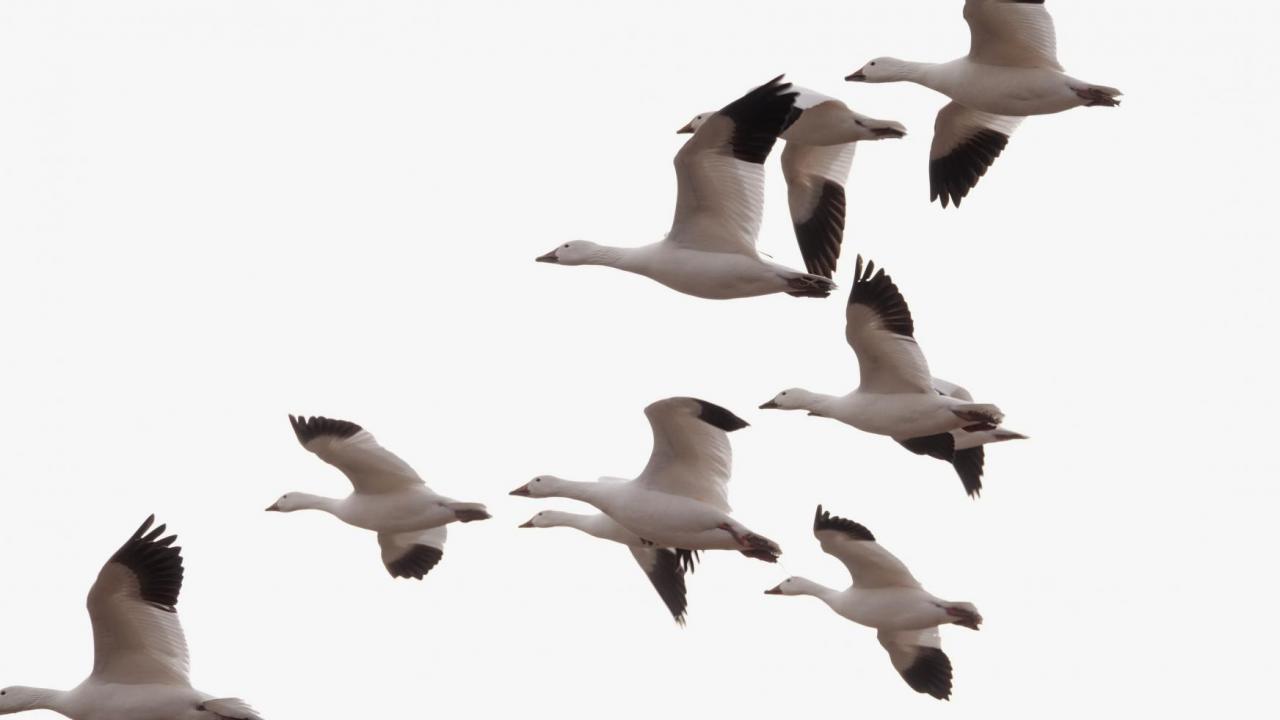 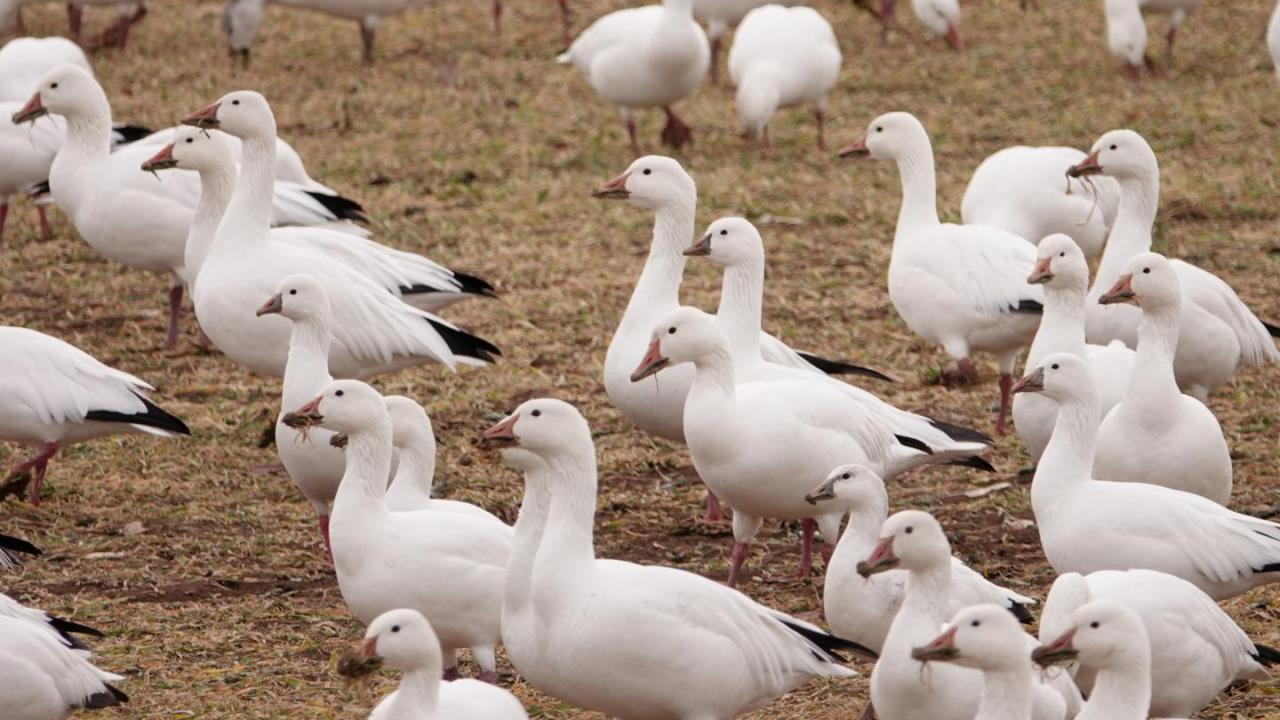 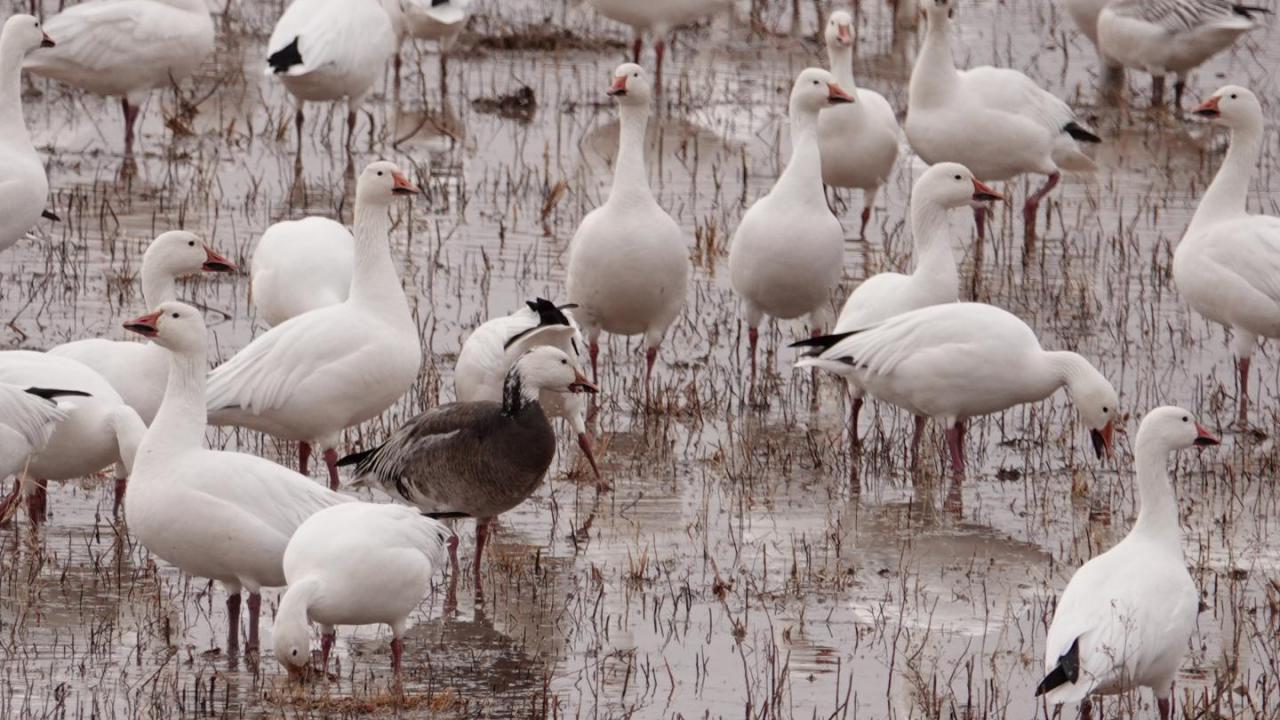 The Snow Goose looks very similar to the Ross's Goose.
Ross's Geese, however, are smaller versions of the Snow Geese and have much shorter bills with little or no "grin patch" (combed black where the upper and lower halves of the bill meet) and a shorter neck.
Also, Ross’s Geese's heads look more rounded and therefore appear more friendly.
As a rule you can say: if you can see black in the center of the bill from any distance, particularly from afar, then you are looking at a Snow Goose.

Both of these geese are high arctic breeders. They migrate throughout the United States and winter in the southern regions of the country.
Both of these species come in light and dark morphs known as “Blue Geese” (last photo), although dark Ross’s Geese are exceedingly rare.