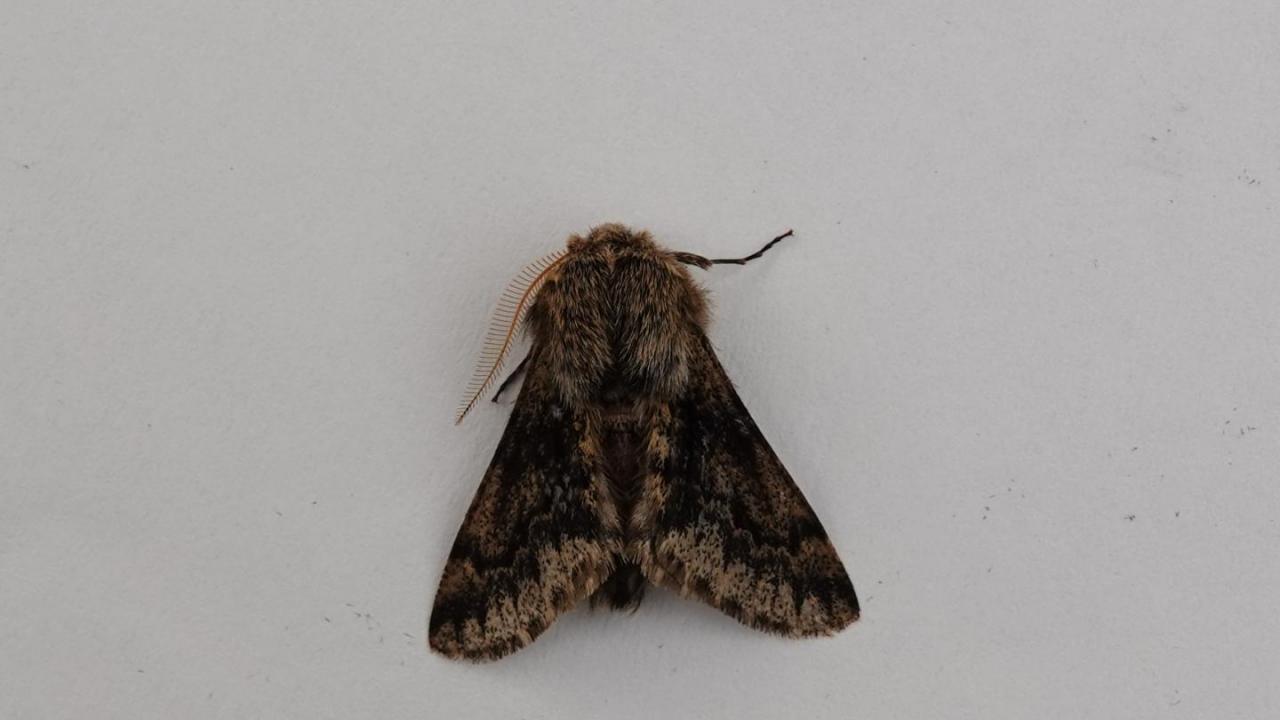 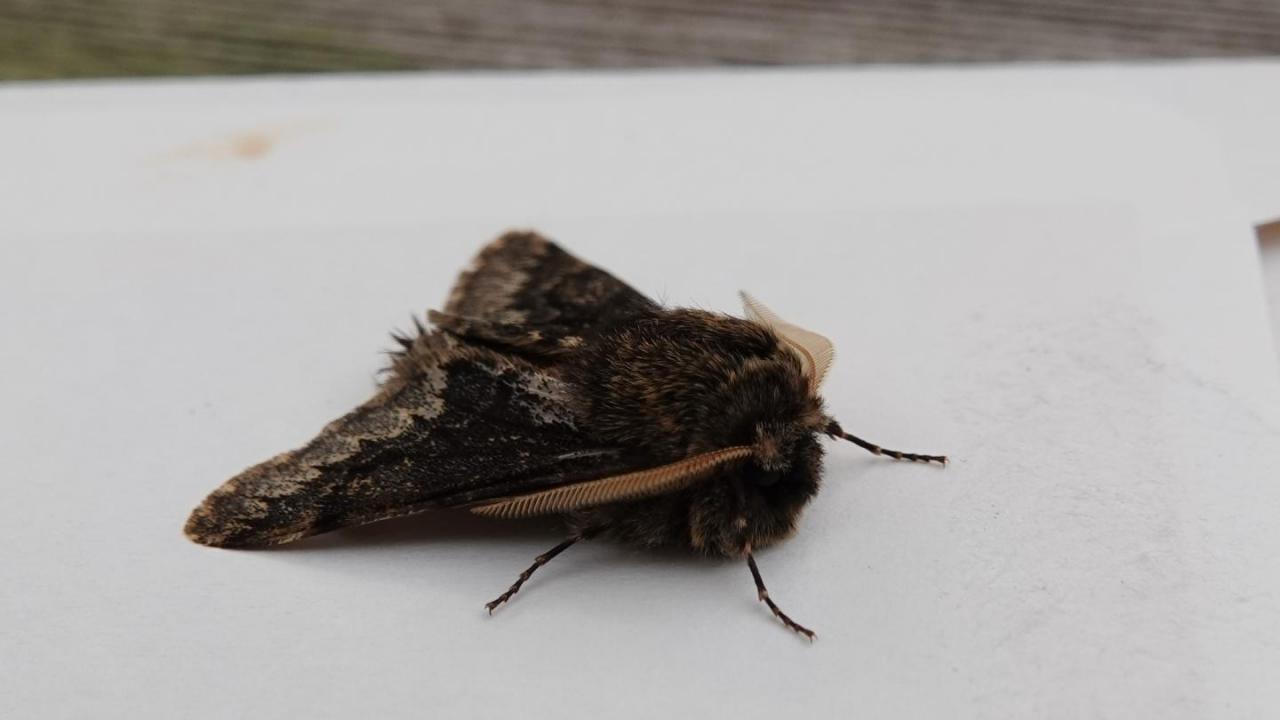 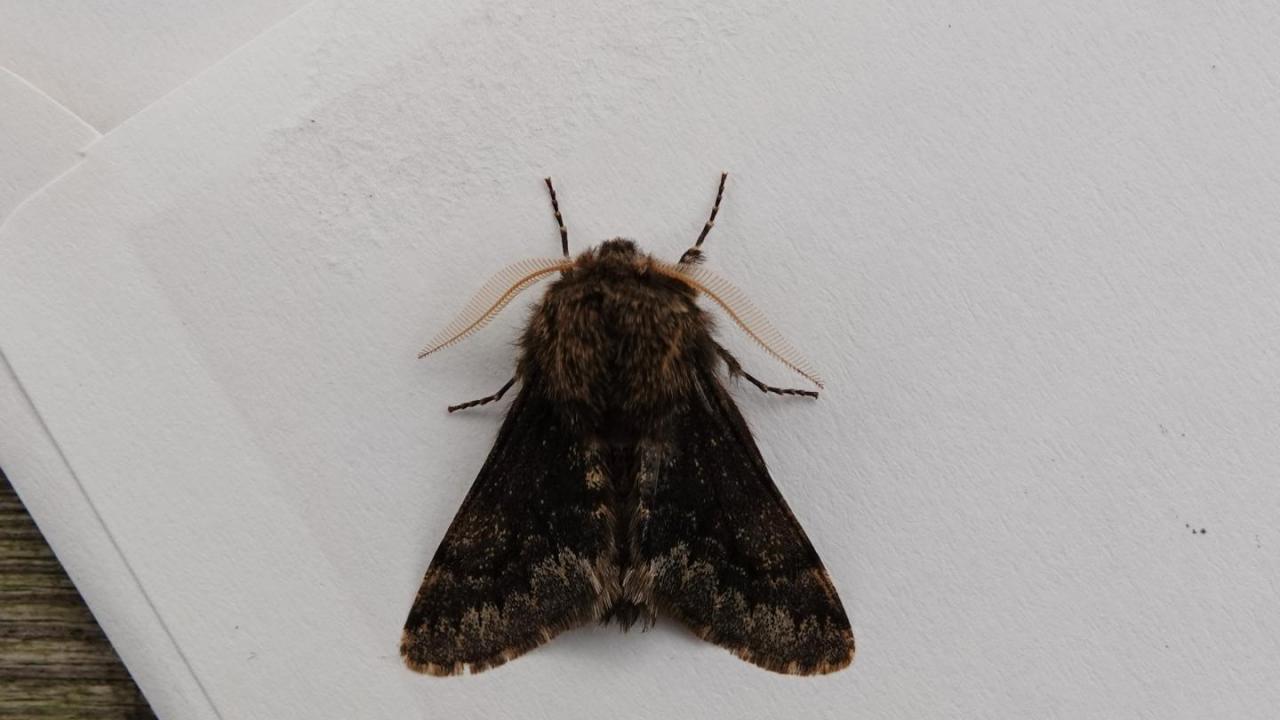 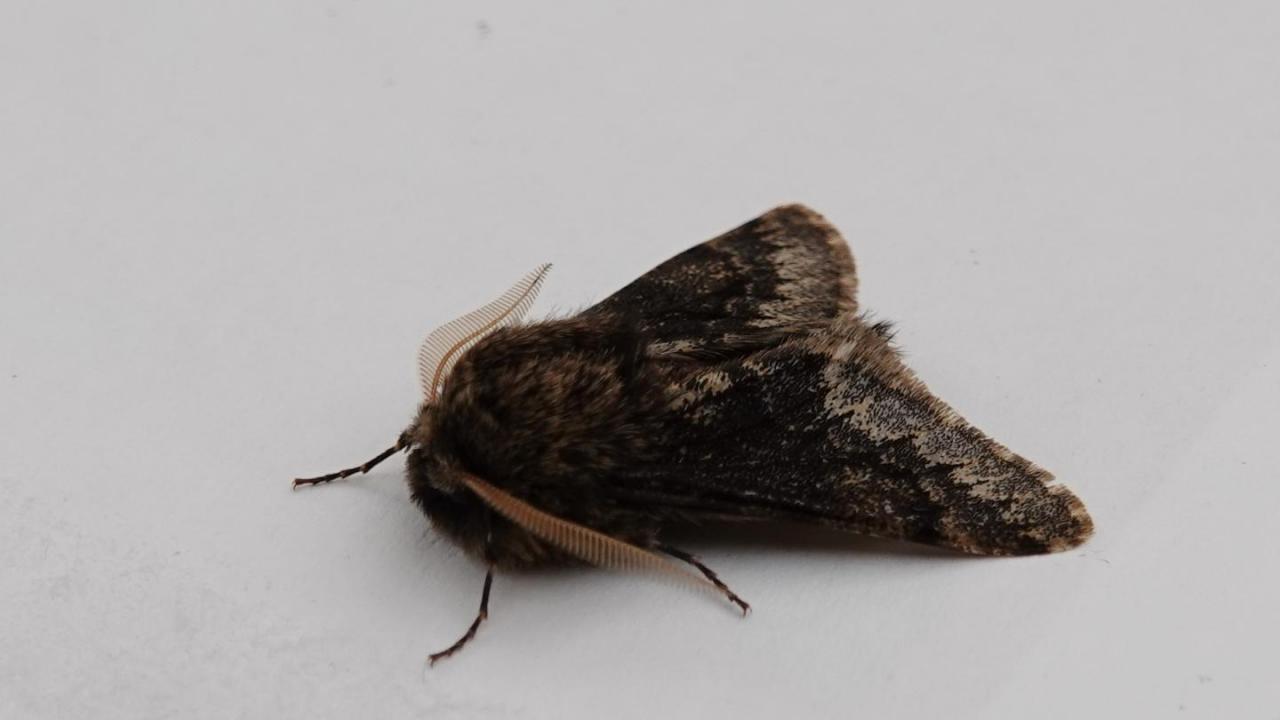 With adult Small Brindled Beautys there is a striking form of sex dimorphism that occurs in more Geometrid moths: the females are wingless.
The male has large, feathery and striking yellow-red antennae.

The flight time is quite short, usually only in March and sometimes from late February to early April.
The male is easily approached by light.
In the Netherlands, the species is mainly found in the east of the country so I was very lucky to find it in my yard.