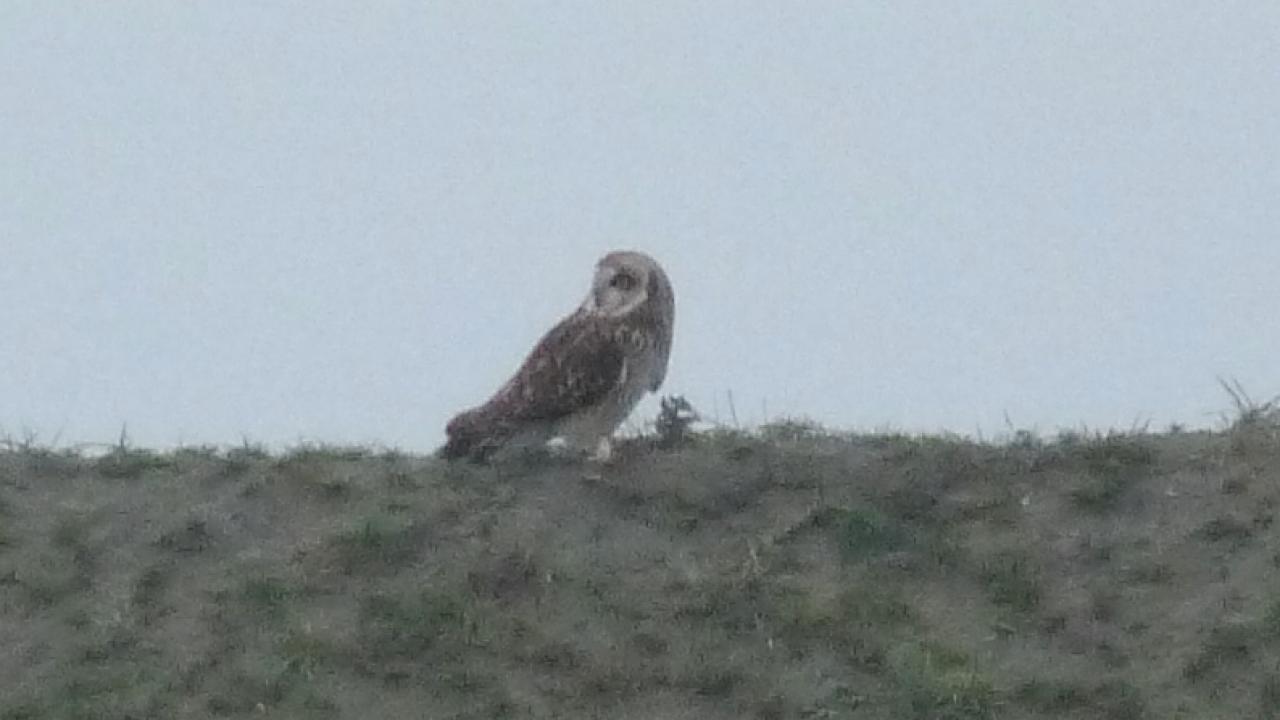 The Short-eared Owl is found in open country and grasslands. Unlike many other owls, short-eared owls can frequently be seen hunting in broad daylight as well as in the early evening. It tends to fly only feet above the ground until swooping down upon its prey which consists mainly of rodents, especially voles. Its yellow-orange eyes are exaggerated by black rings encircling each eye, giving the appearance of them wearing mascara.
Haamstede, 25 February 2011