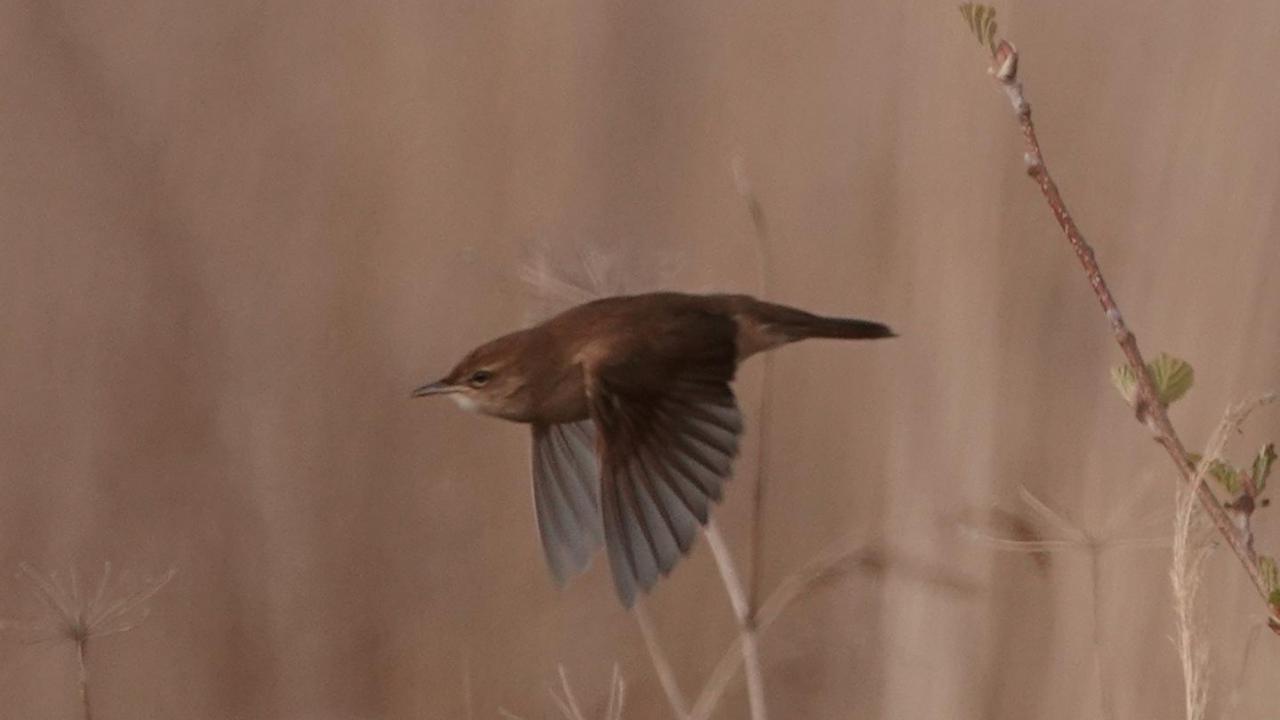 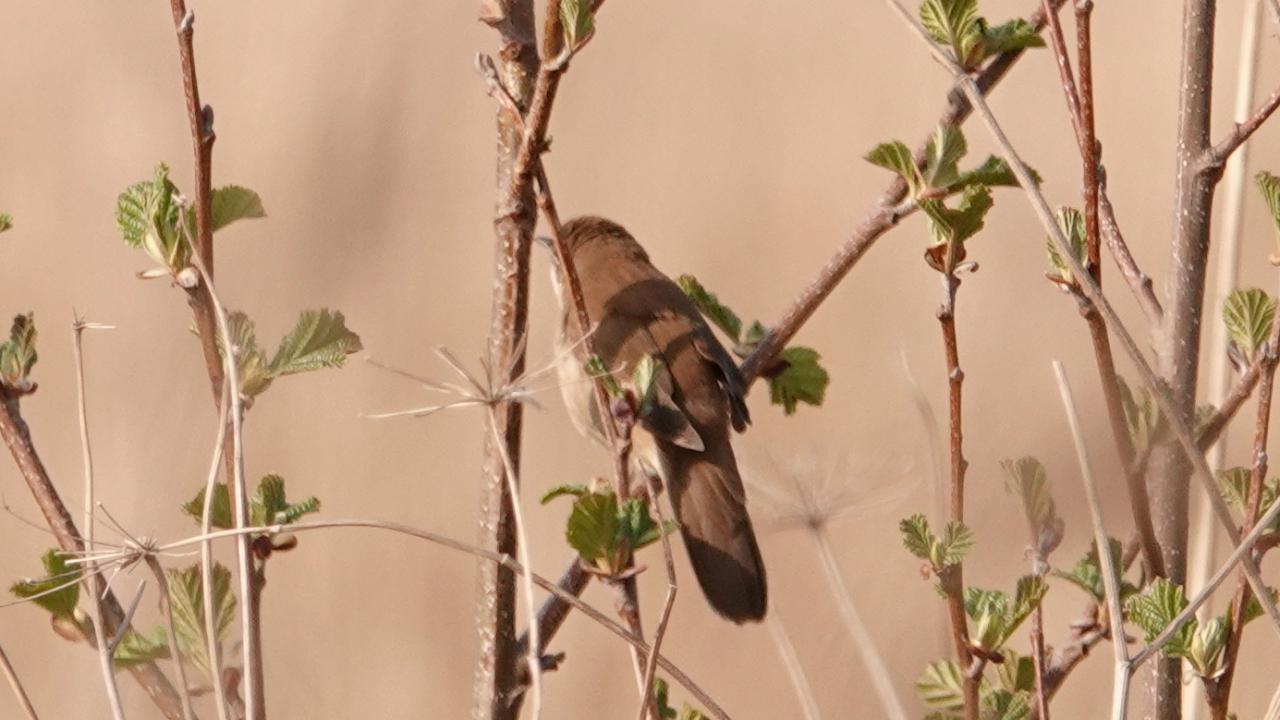 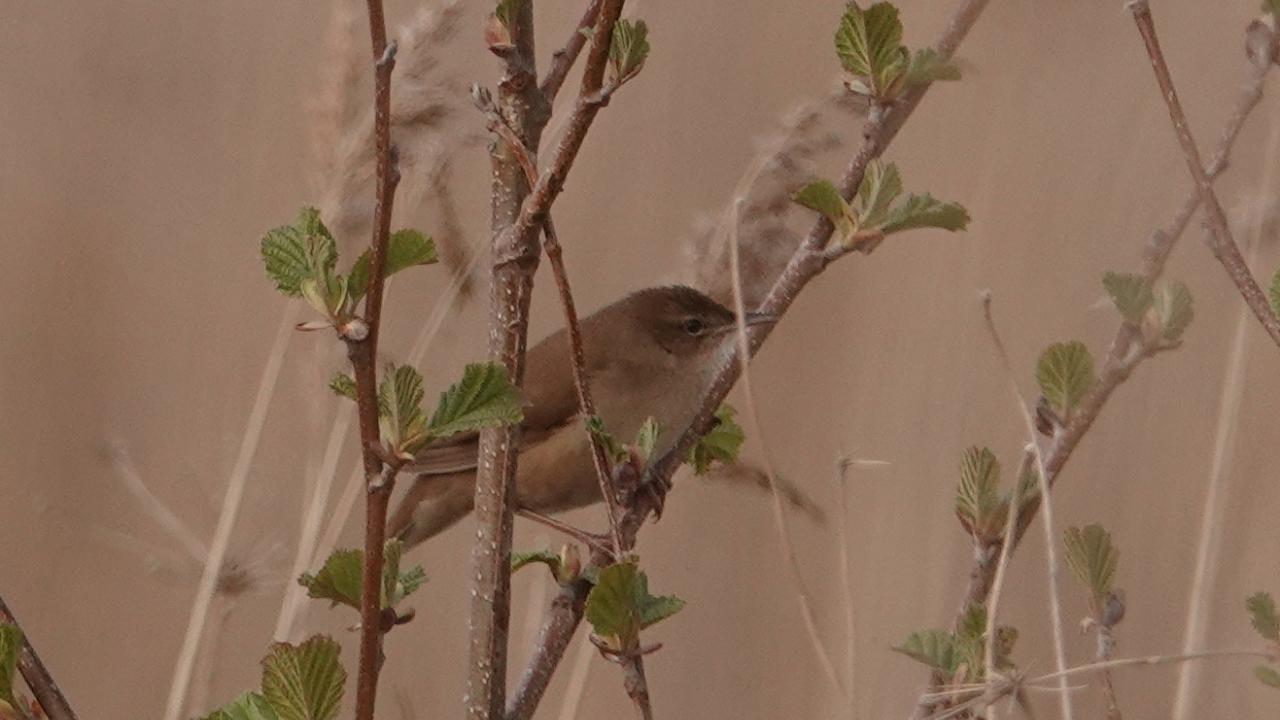 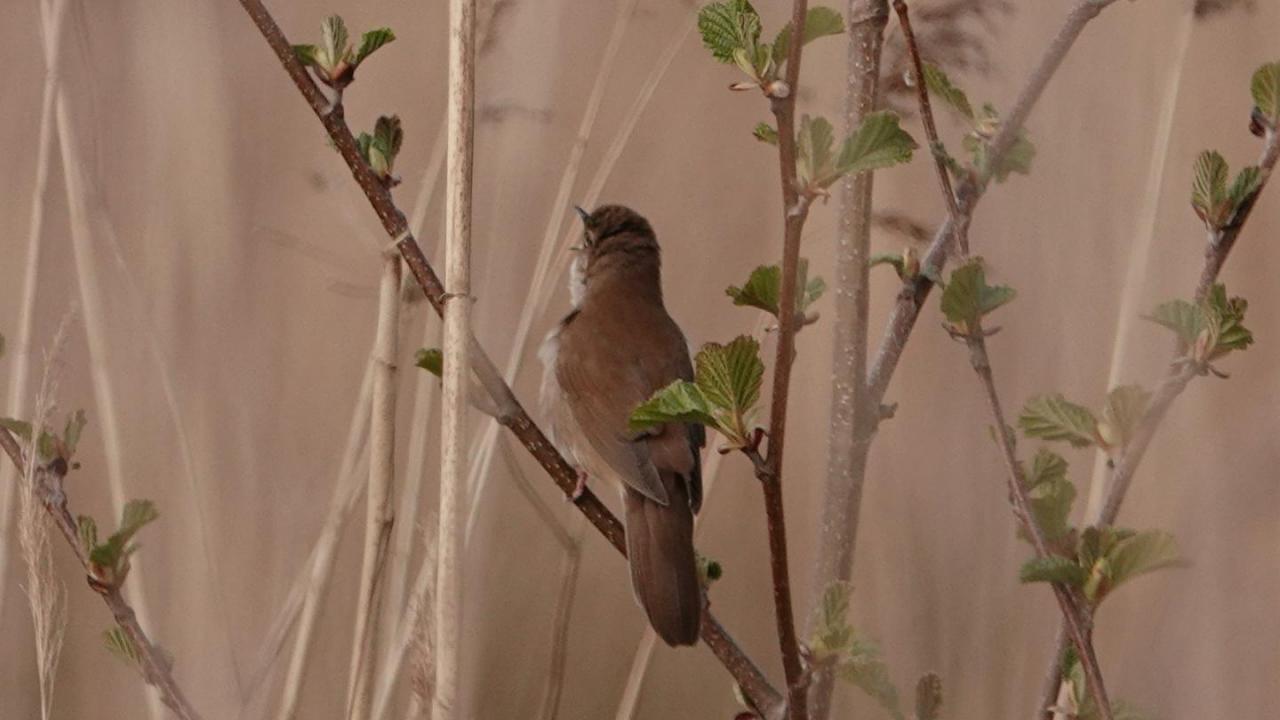 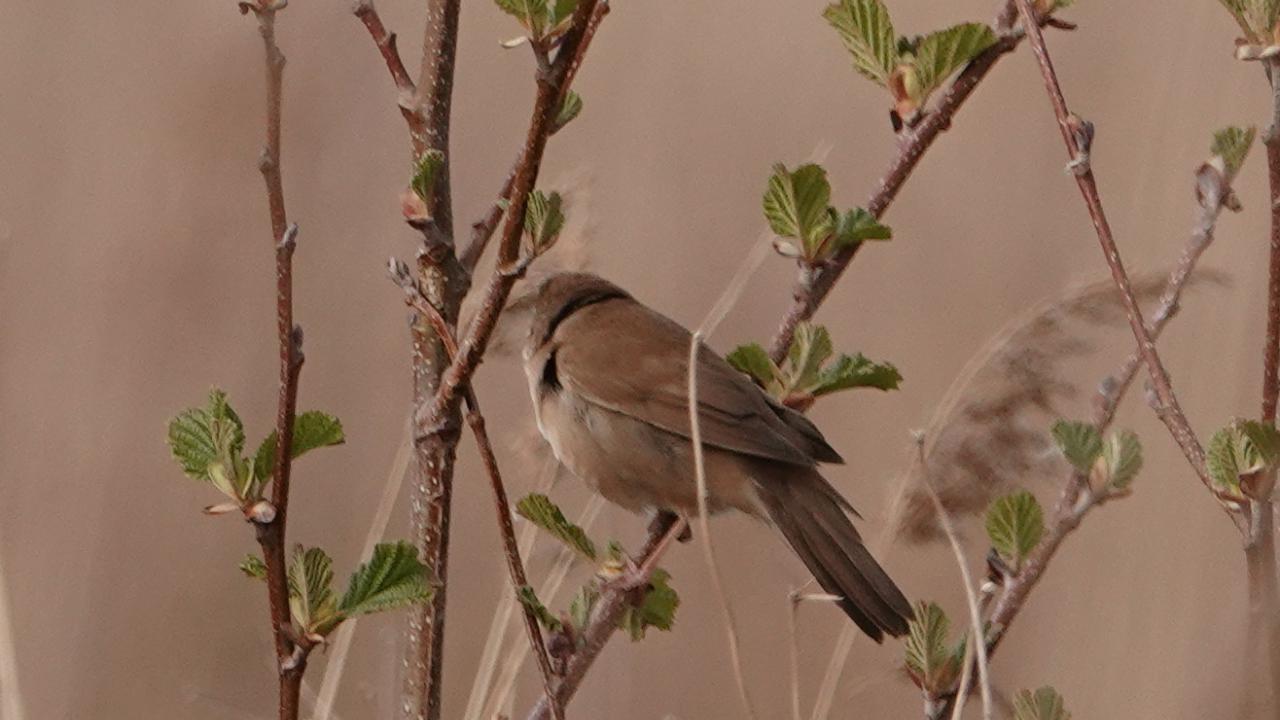 The Savi's Warbler is an unstreaked brown warbler with a long powerful well rounded tail.
It usually sings from the top of reeds or little bushes within the reeds with open beak and vibrating throat.
Both males and females sing.
Its buzzing song is similar to that of the Grasshopper Warbler (in Dutch: Sprinkhaanzanger).
However, the sound of the Savi's Warbler is significantly lower pitched than the sound of the Grasshopper Warbler and the individual pulses (reeling sound) are almost twice as fast.