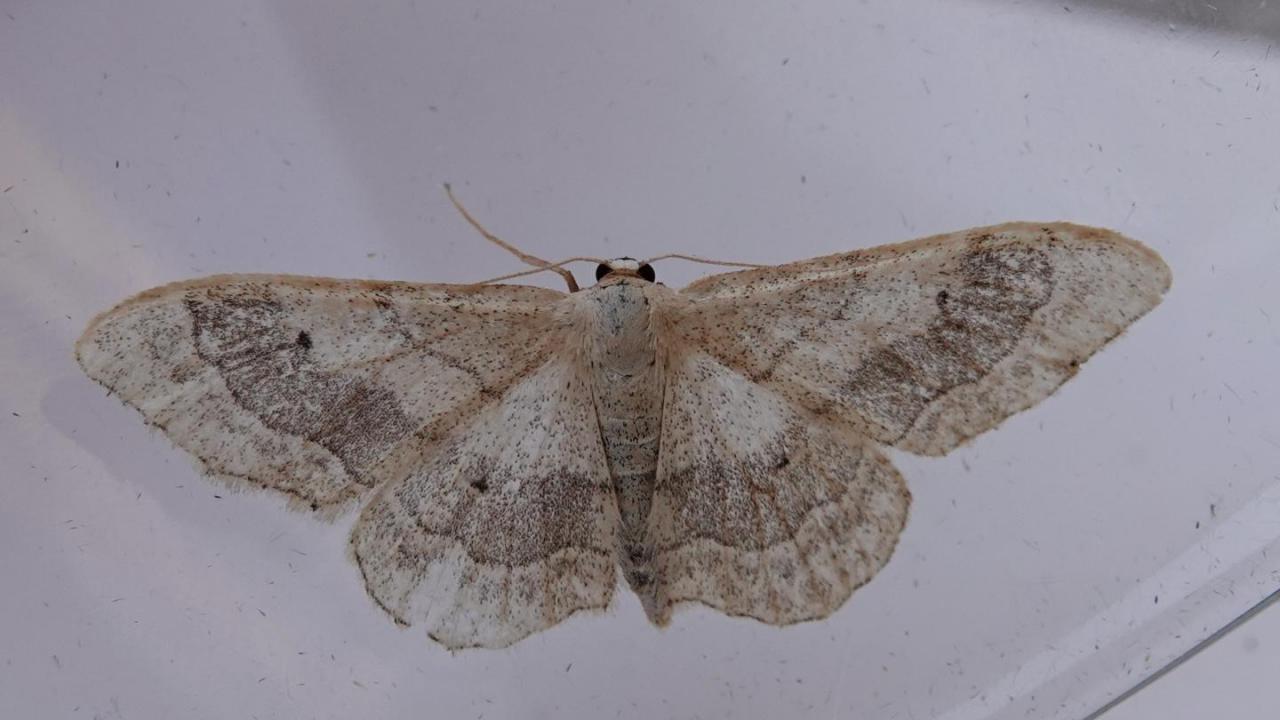 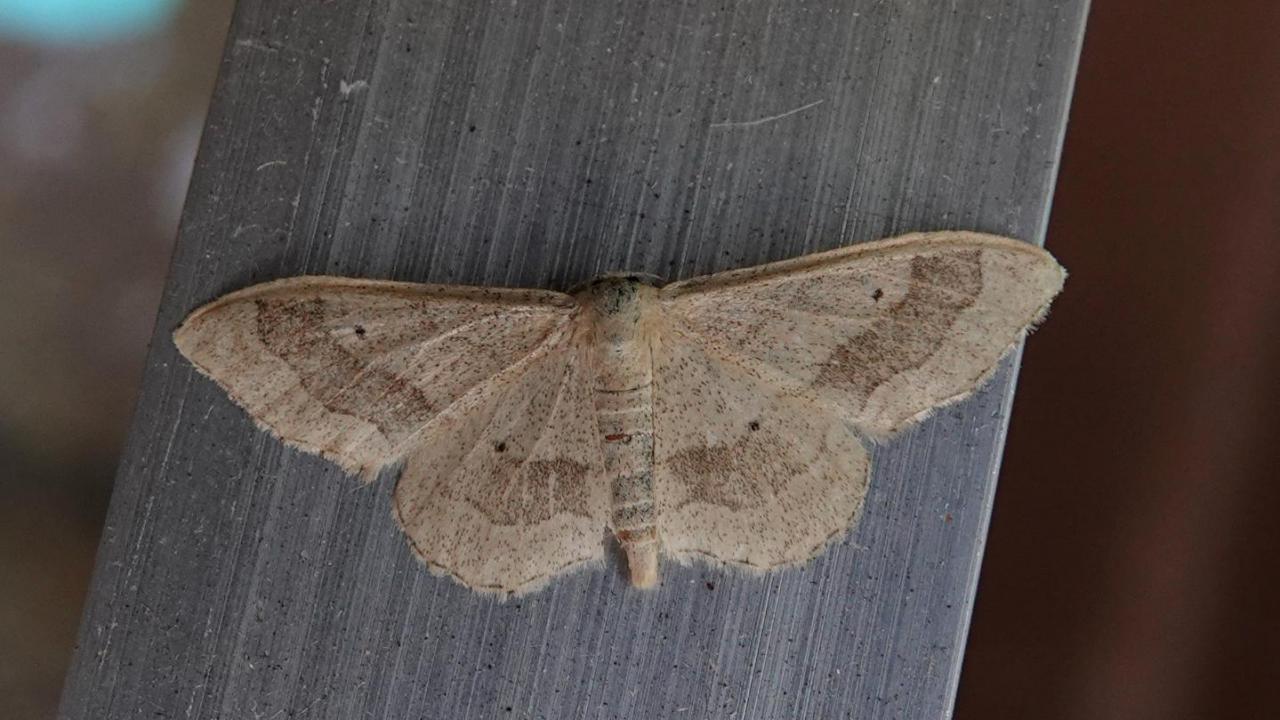 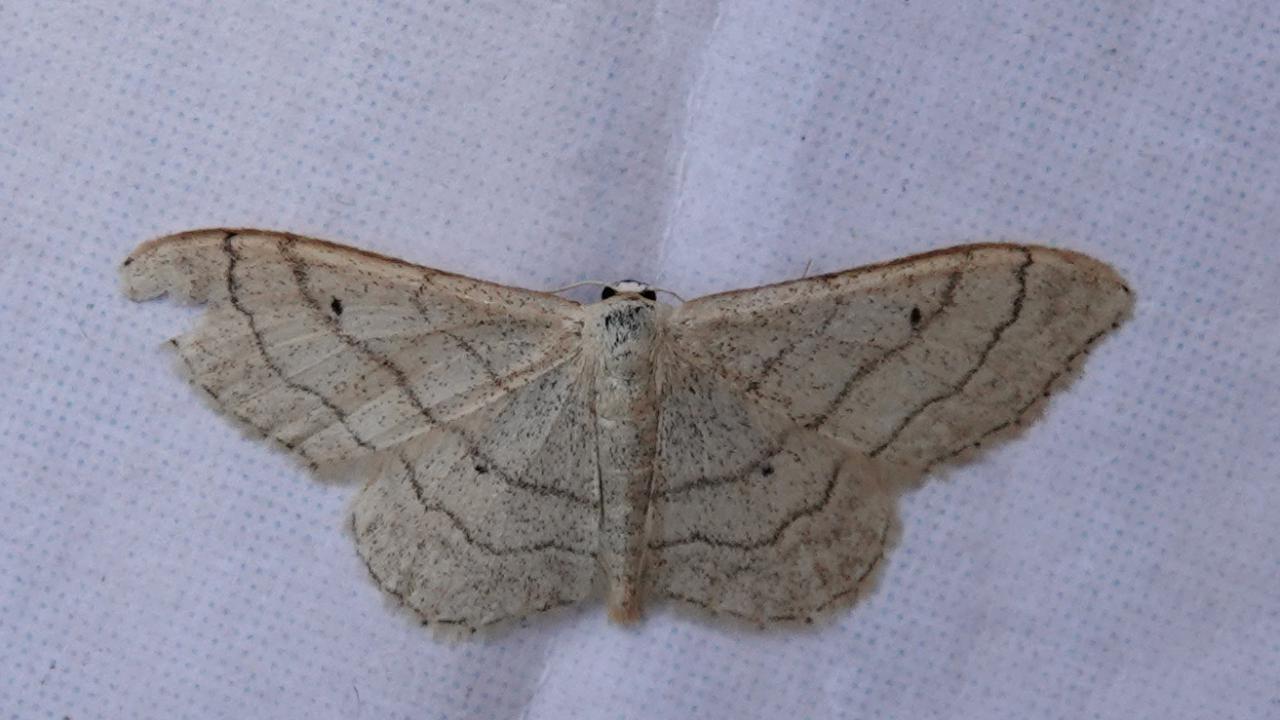 The Riband Wave (Idaea aversata) has a wingspan of 30–35 mm.
The wings are buff or cream with dark bands.
Two main forms exist, roughly equally abundant: the typical form has a dark band across all four wings (first 2 photos), whereas the plain form, known as ab. remutata, only has narrow cross-lines (3rd photo).
The adults fly at night from June to August, occasionally later, and are attracted to light.