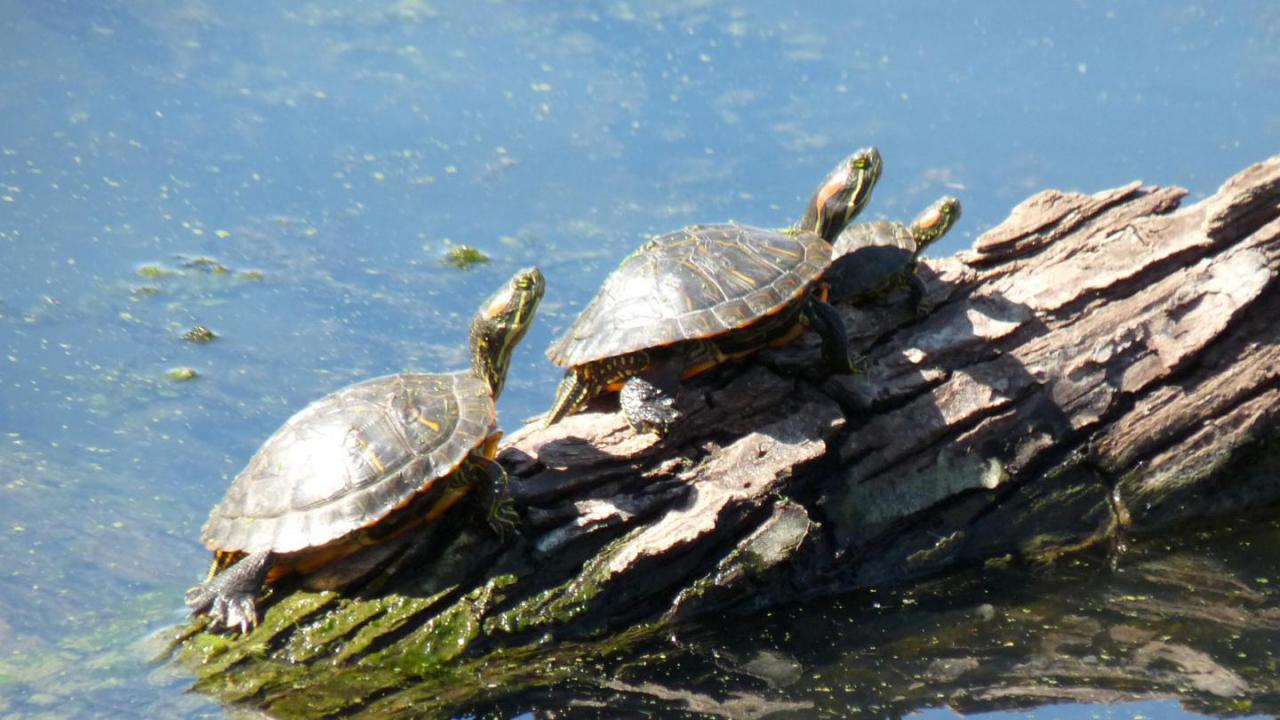 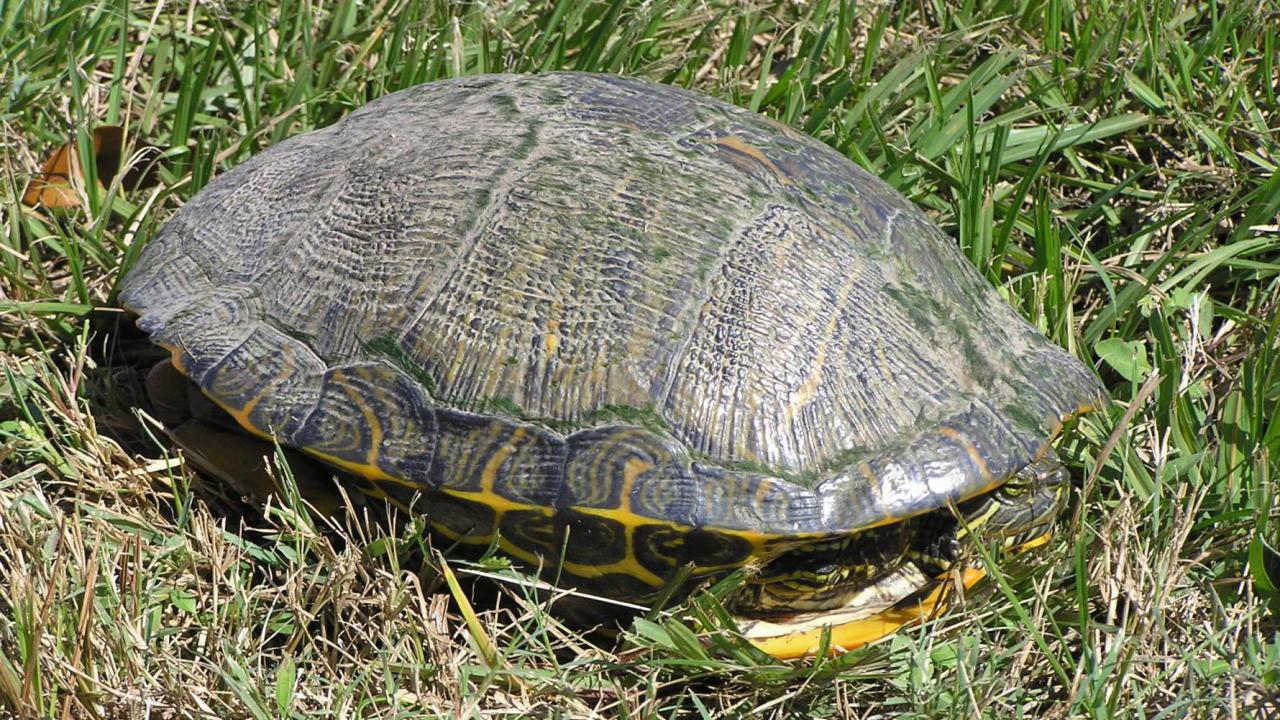 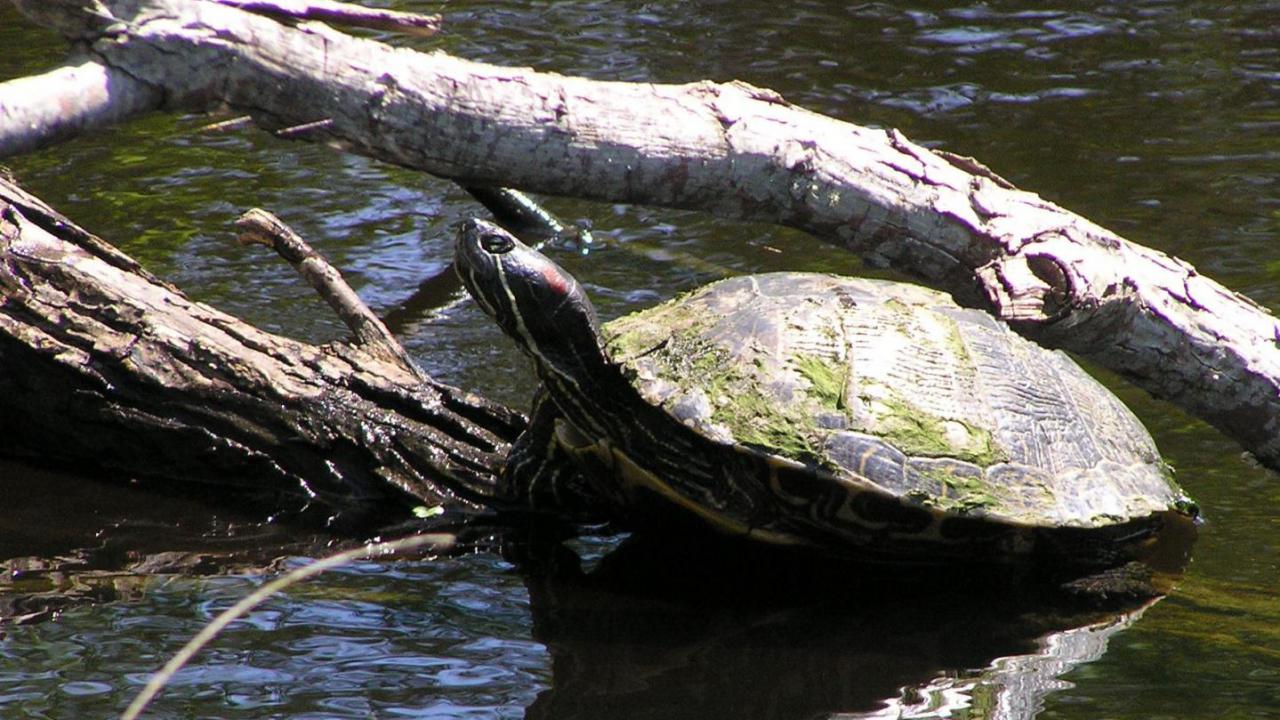 Pond Sliders (Trachemys scripta) are native to the southeastern and central United States and northern Mexico.

All of the subspecies are popular in the pet trade and have been introduced to other parts of the world by people releasing it to the wild.