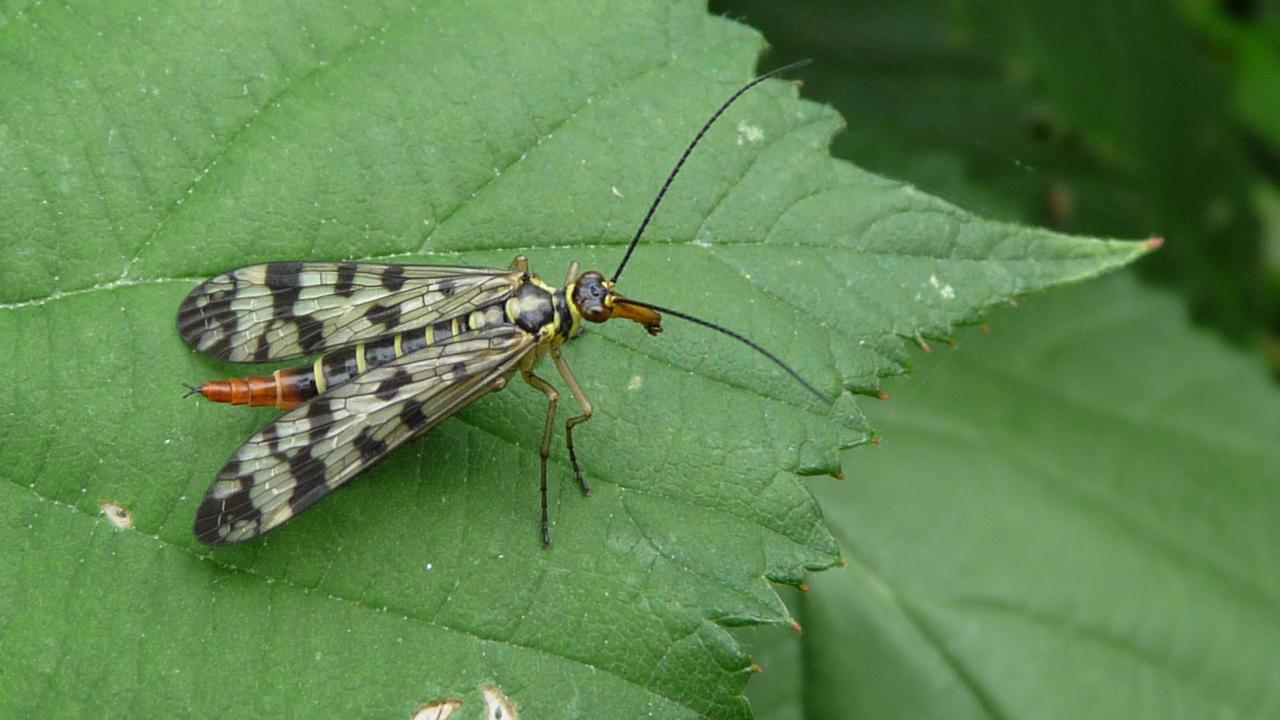 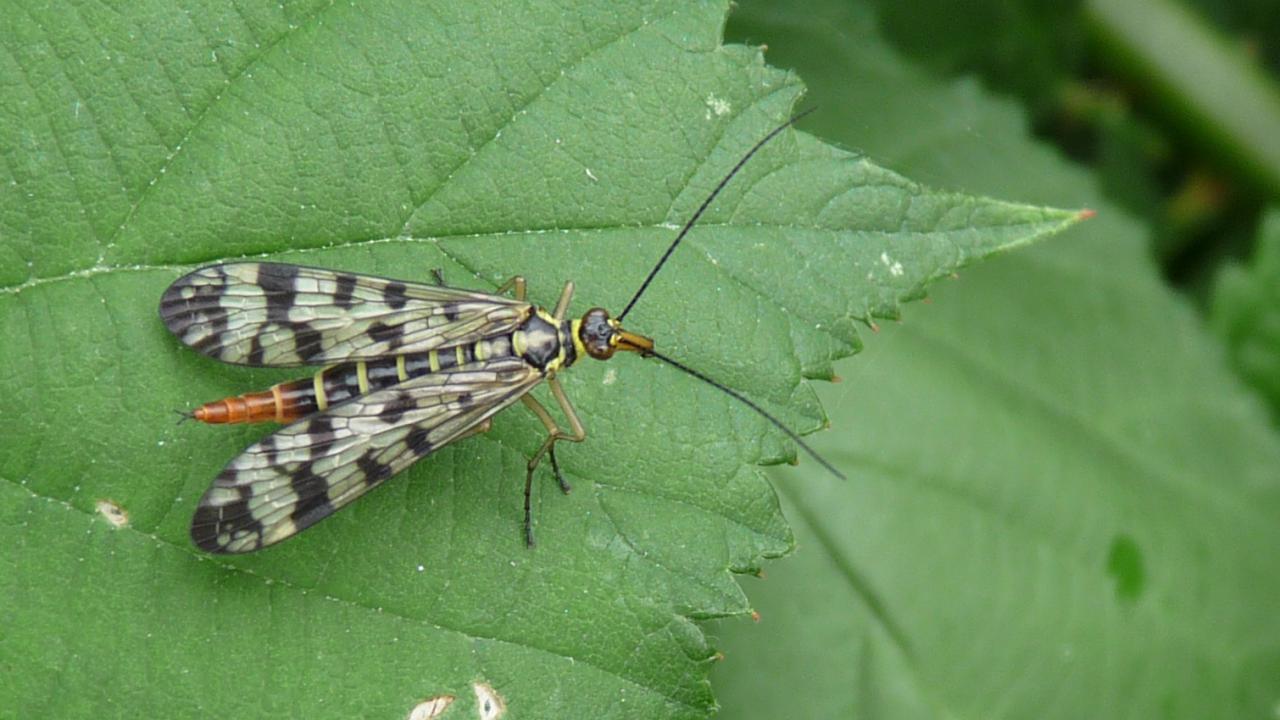 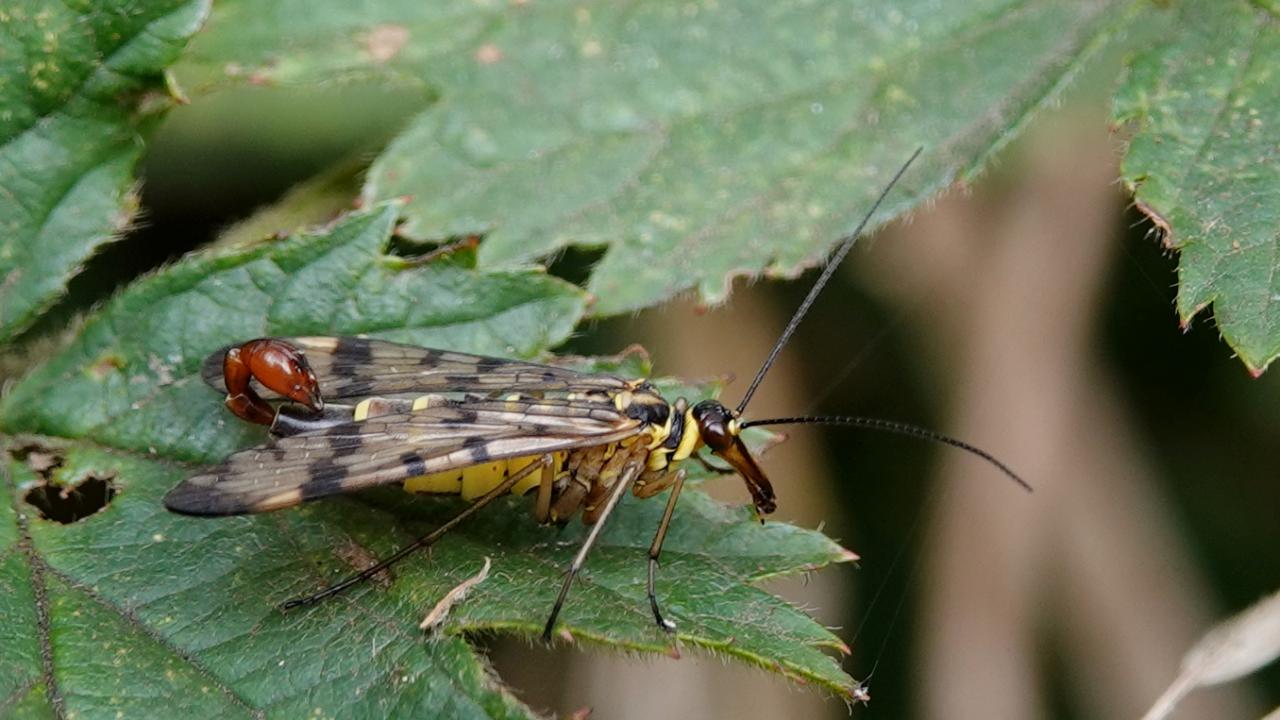 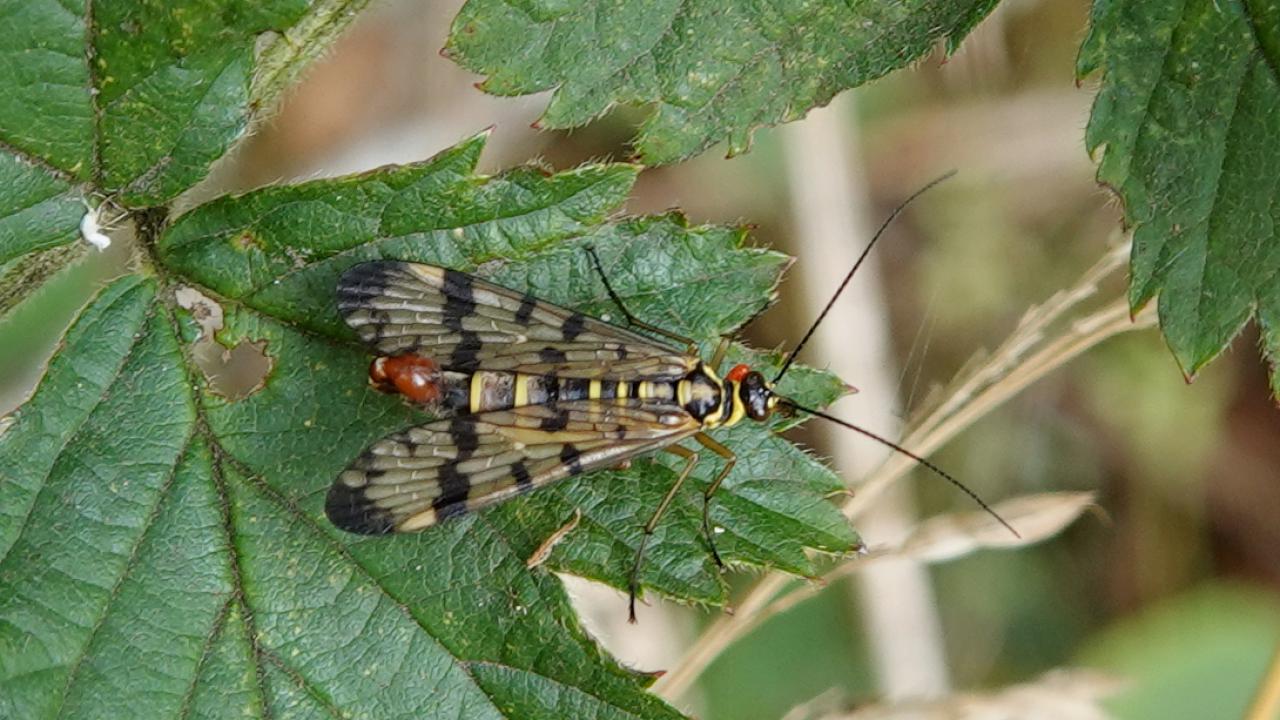 Panorpa vulgaris belongs to a small group of insects called scorpionflies.
The males have enlarged genitals that look similar to the stinger of a scorpion which explains the name of this group.
The females have a shorter and smaller tail than the males.
In spite of the reference to dangerous scorpions, there is no need to be afraid of scorpionflies as they do not sting or bite.
They feed on rotting fruit and plants mainly and sometimes they suck on dead insects.
In the Netherlands there are 4 Panorpa species: Panorpa vulgaris, Panorpa communis, Panorpa cognata and Panorpa germanica.
Only Panorpa vulgaris and Panorpa communis look very similar.
However, the basal spot in the wings (the first dark spot on the wing, looking from where the wing is attached to the body) is usually very small (or even absent) with Panorpa communis and usually only covering one (or sometimes one and a half) wing cell.
The basal spot in the wings of Panorpa vulgaris is usually larger and covering two wing cells or even the area beyond these.