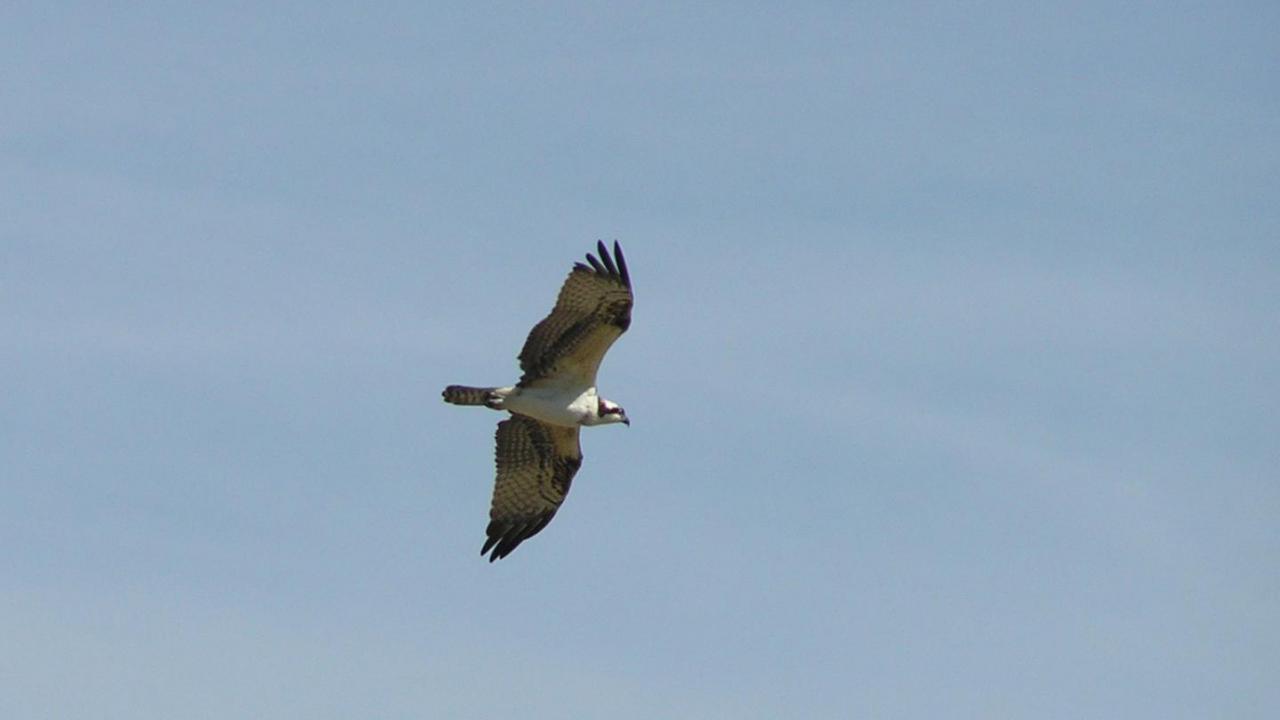 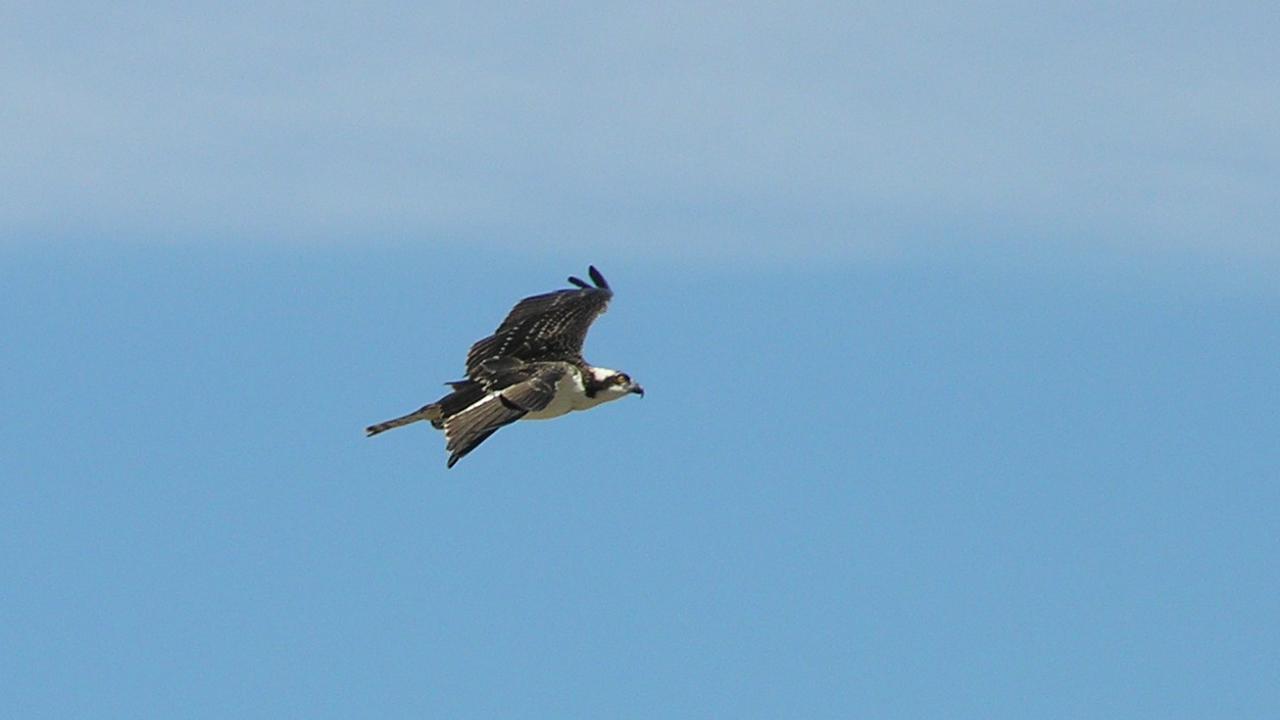 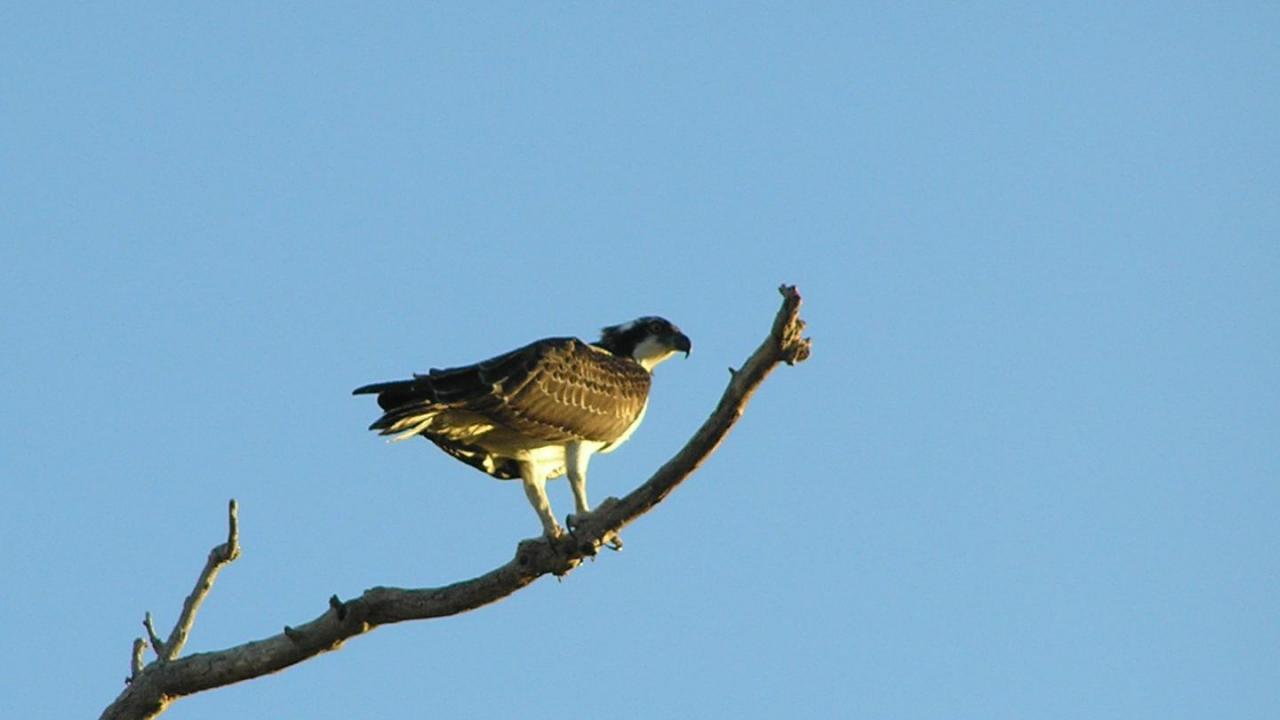 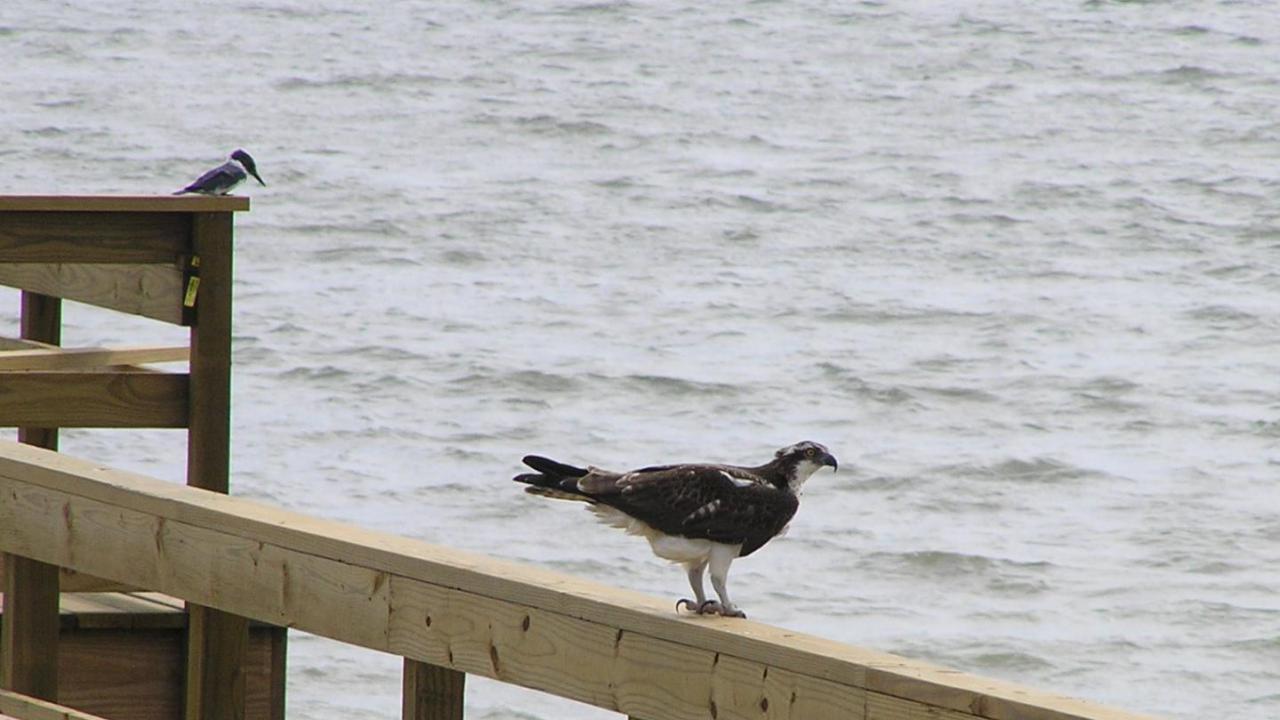 There are four subspecies of Ospreys (Pandion haliaetus), which are separated by geographic region.
This is Pandion haliaetus carolinensis (note the slightly barred breast) which breeds in North America and the Caribbean, and winters in South America.
Ospreys and owls are the only raptors whose outer toe is reversible, allowing them to grasp their prey with two toes in front and two behind which is particularly helpful when grabbing slippery fish.