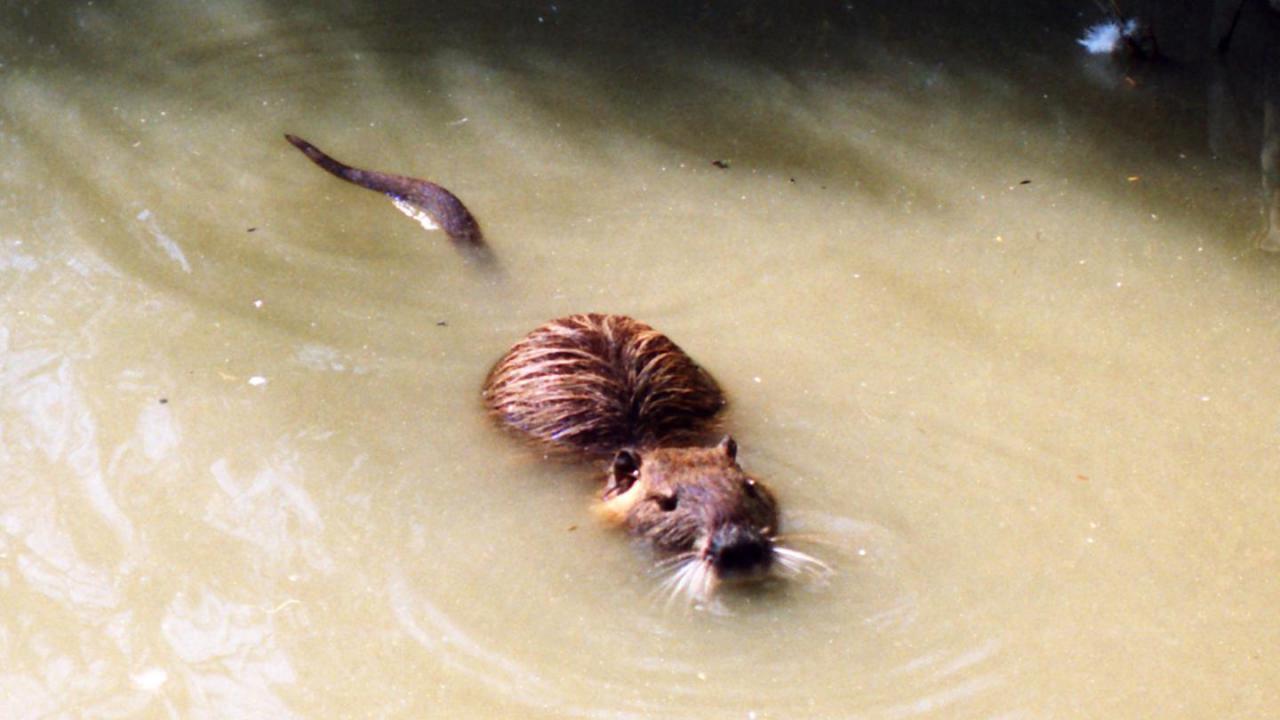 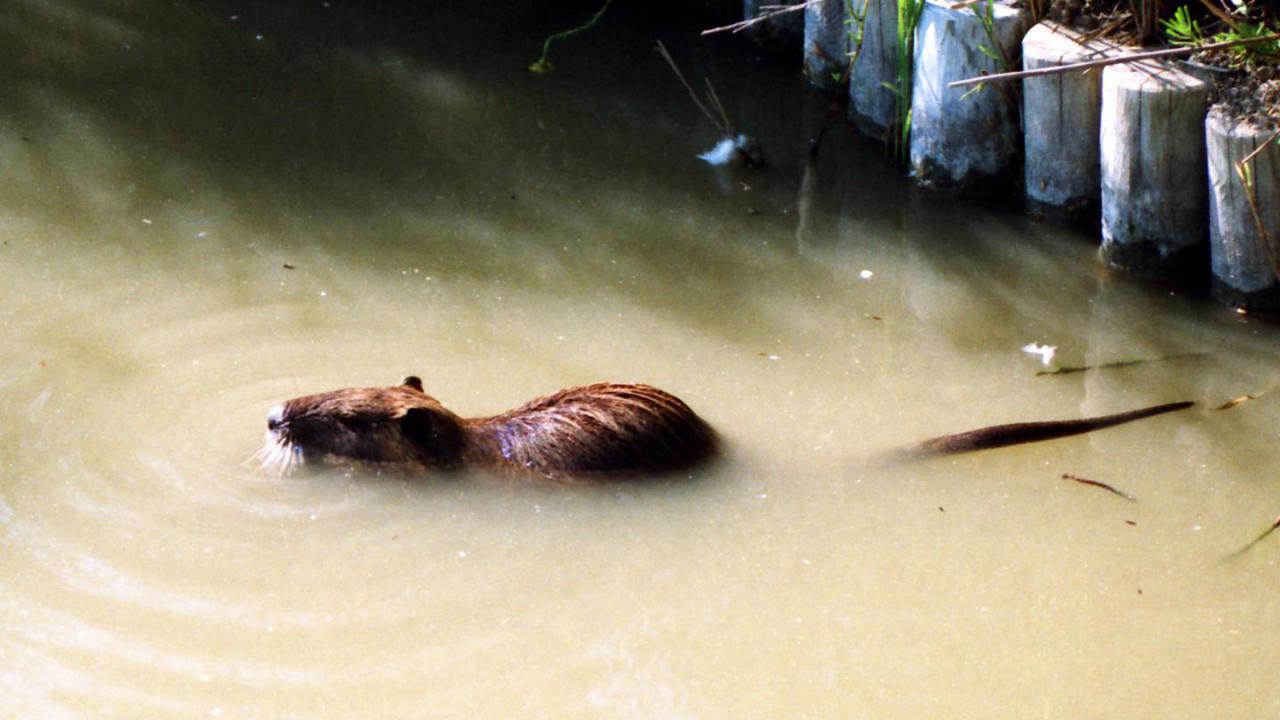 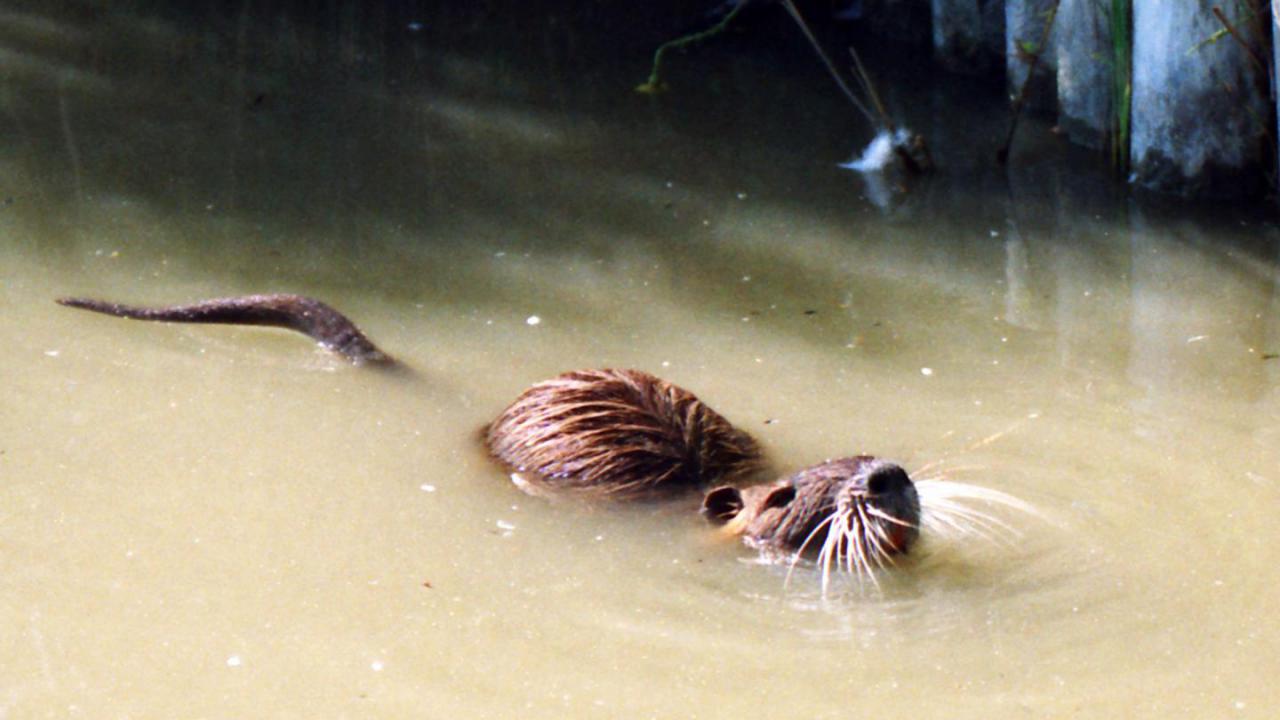 The Nutria, also known as the Coypu, is a large (5-9kg; 40-60cm body; 30-45cm tail) herbivorous, semiaquatic rodent.
It is originally from South America. However, due to escapes and releases from fur farms there are now large feral populations in North America, Europe and Asia.
The Nutria is often mistaken for the Muskrat, another widely dispersed, semiaquatic rodent that occupies the same wetland habitats.
The Muskrat, however, is smaller and has a laterally flattened tail it uses to assist in swimming, whereas the tail of the Nutria is round.