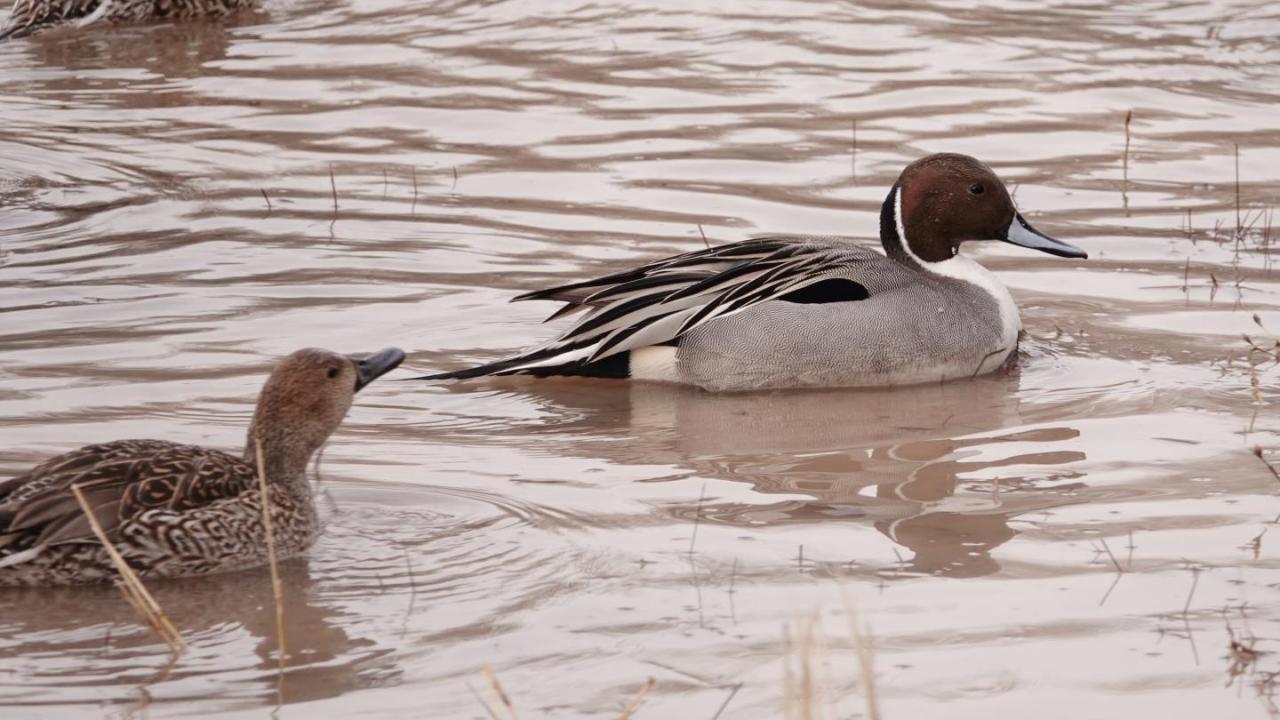 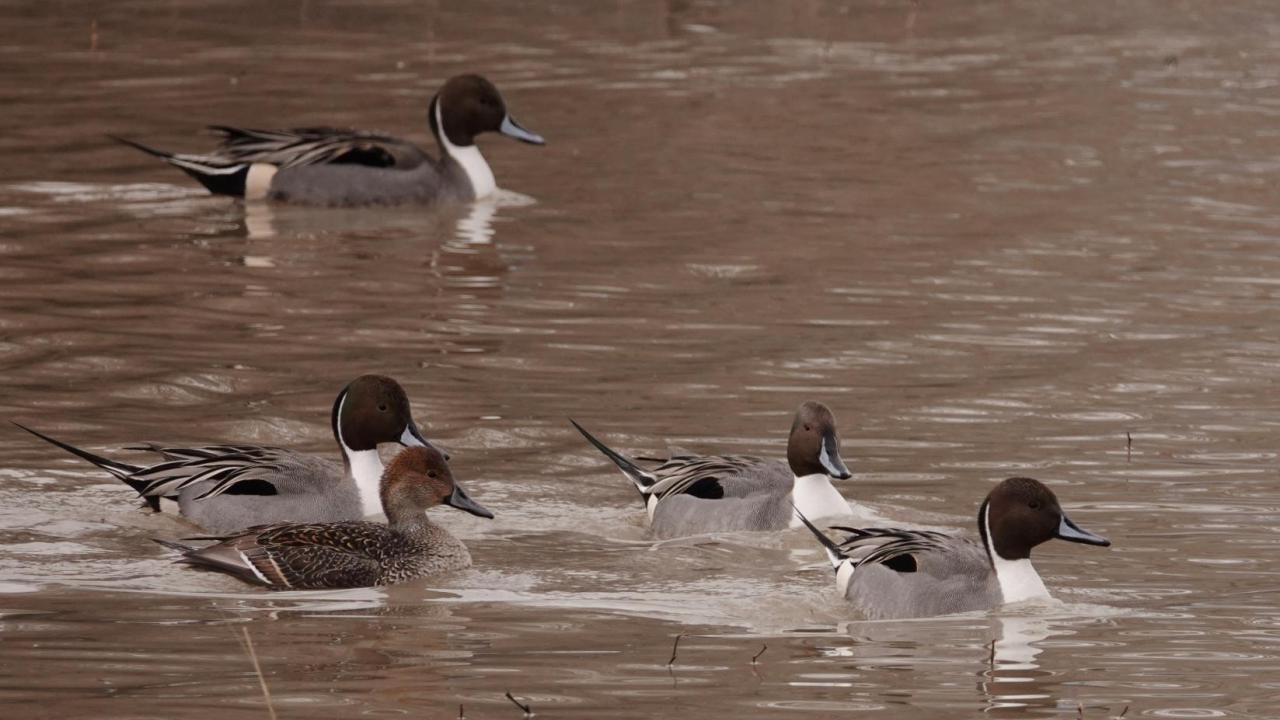 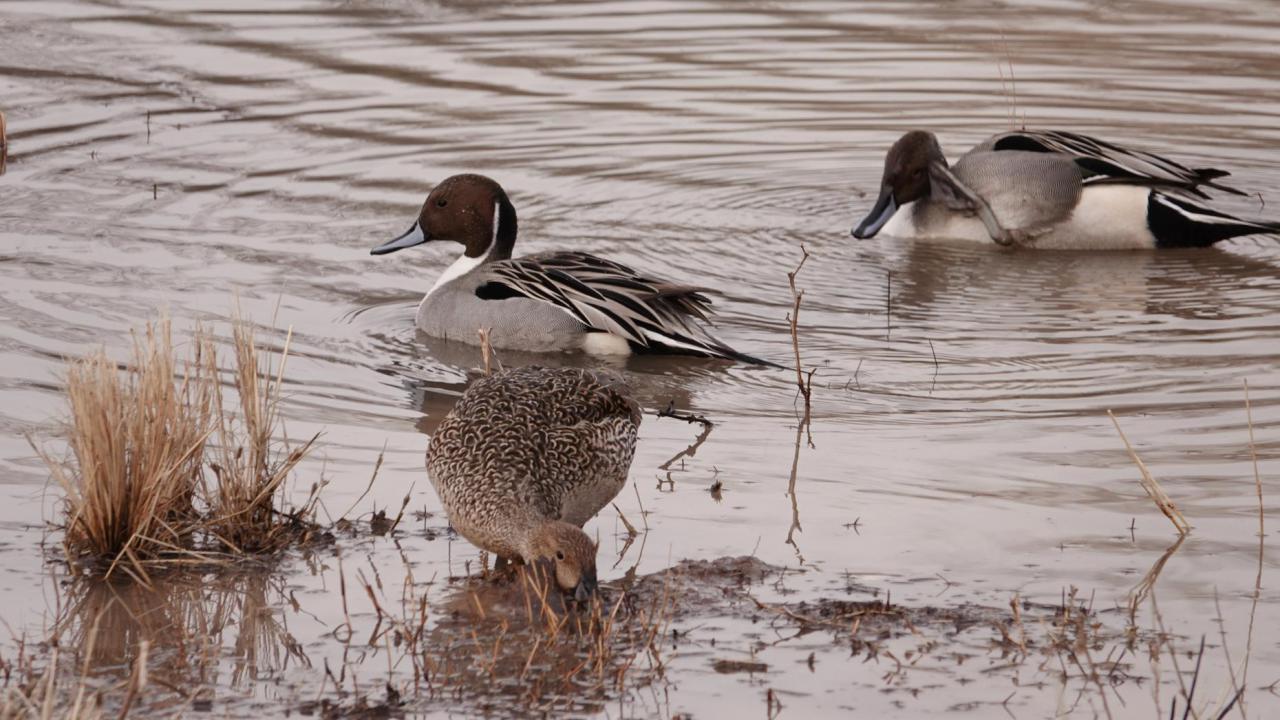 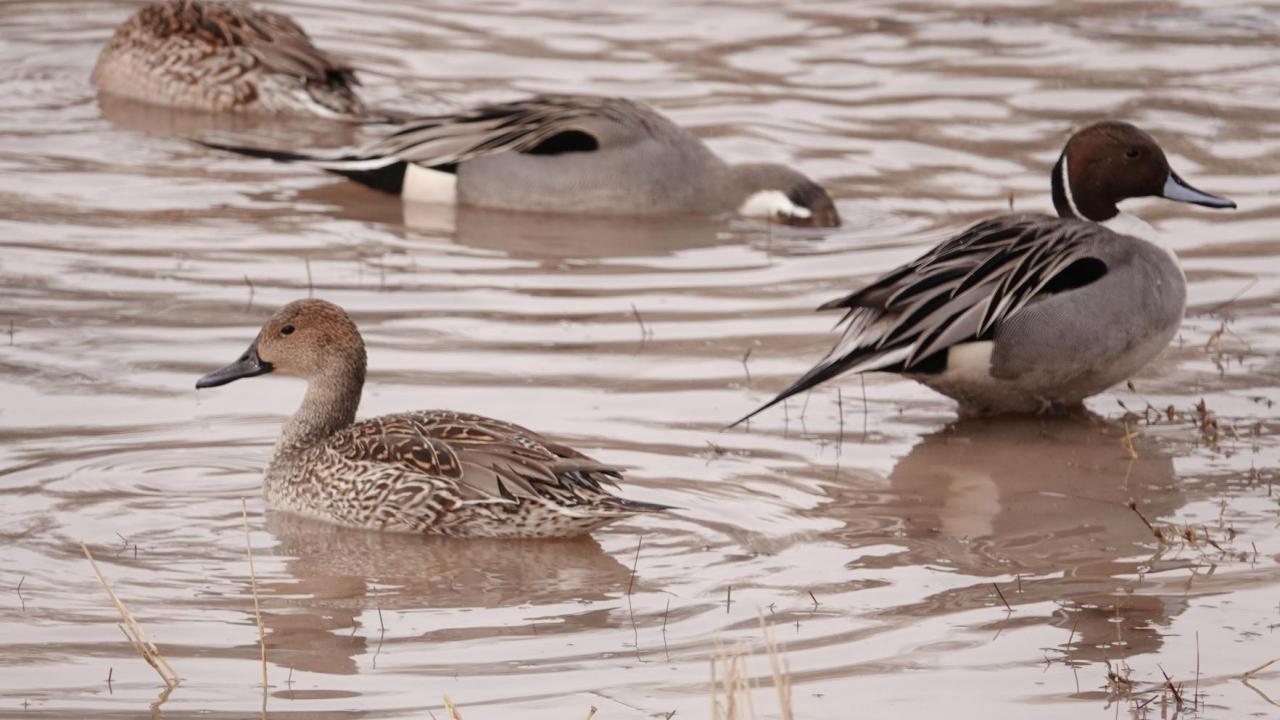 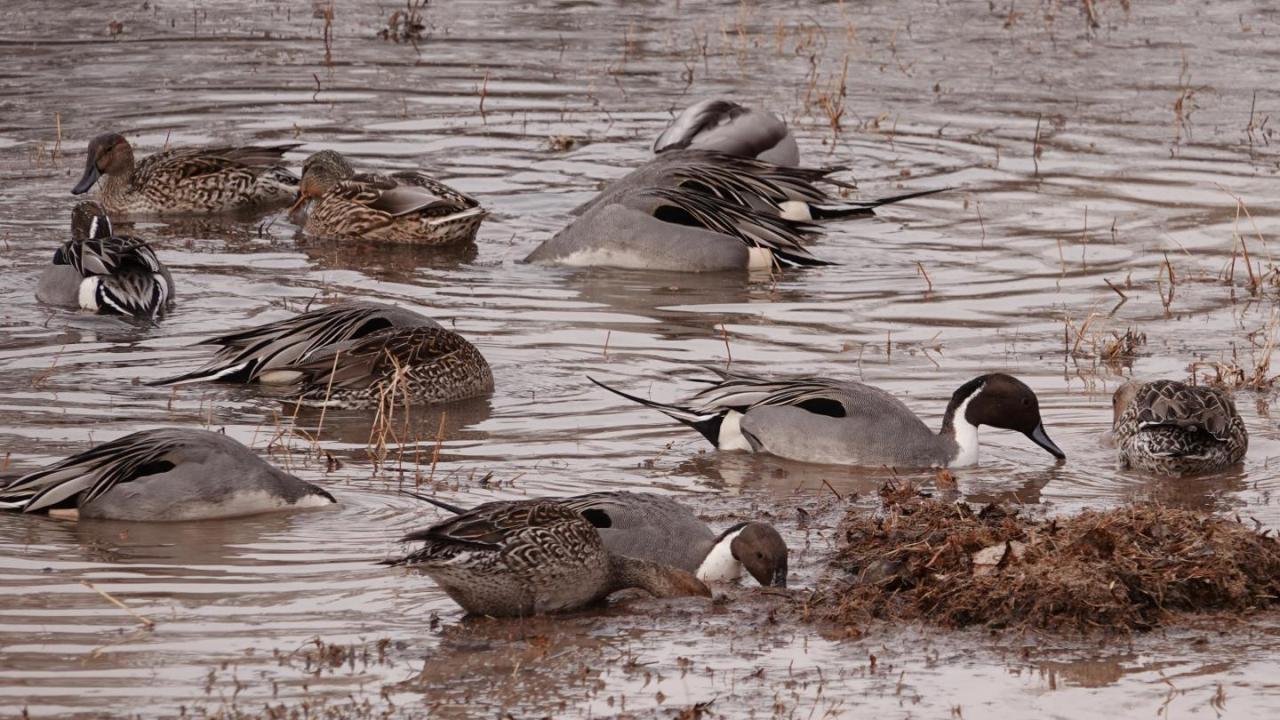 Northern Pintails are elegant, long-necked ducks with a slender profile.
The tail is long and pointed, but it is much longer and more prominent on breeding males than on females and non-breeding males.
Breeding male Northern Pintails stand out with a gleaming white breast and a white line down their chocolate brown head and neck.
Females are rather dull brown and resemble female Mallards.