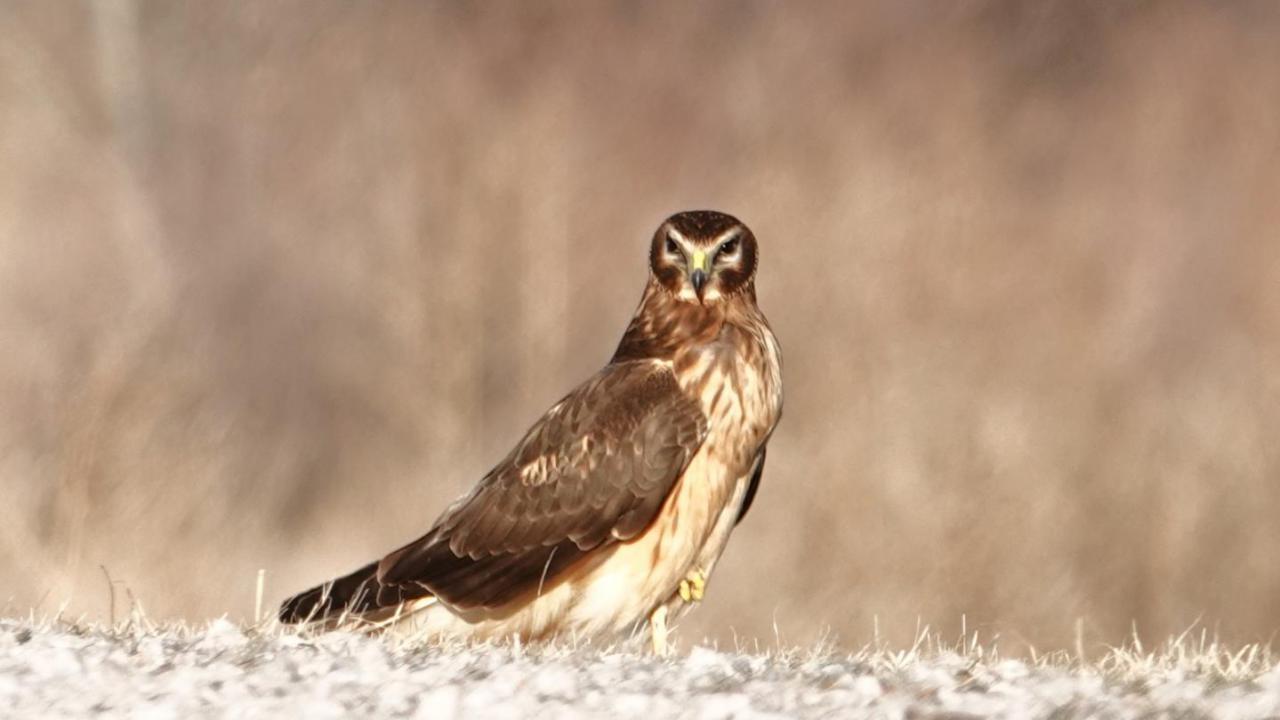 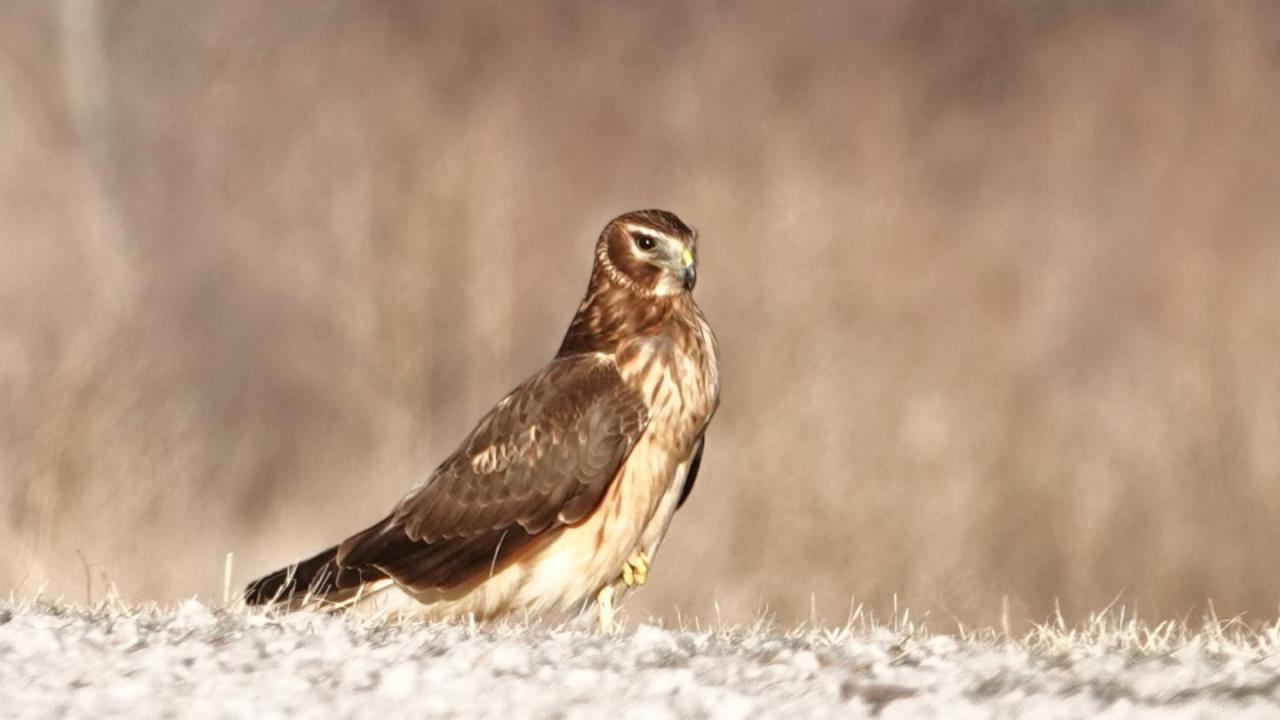 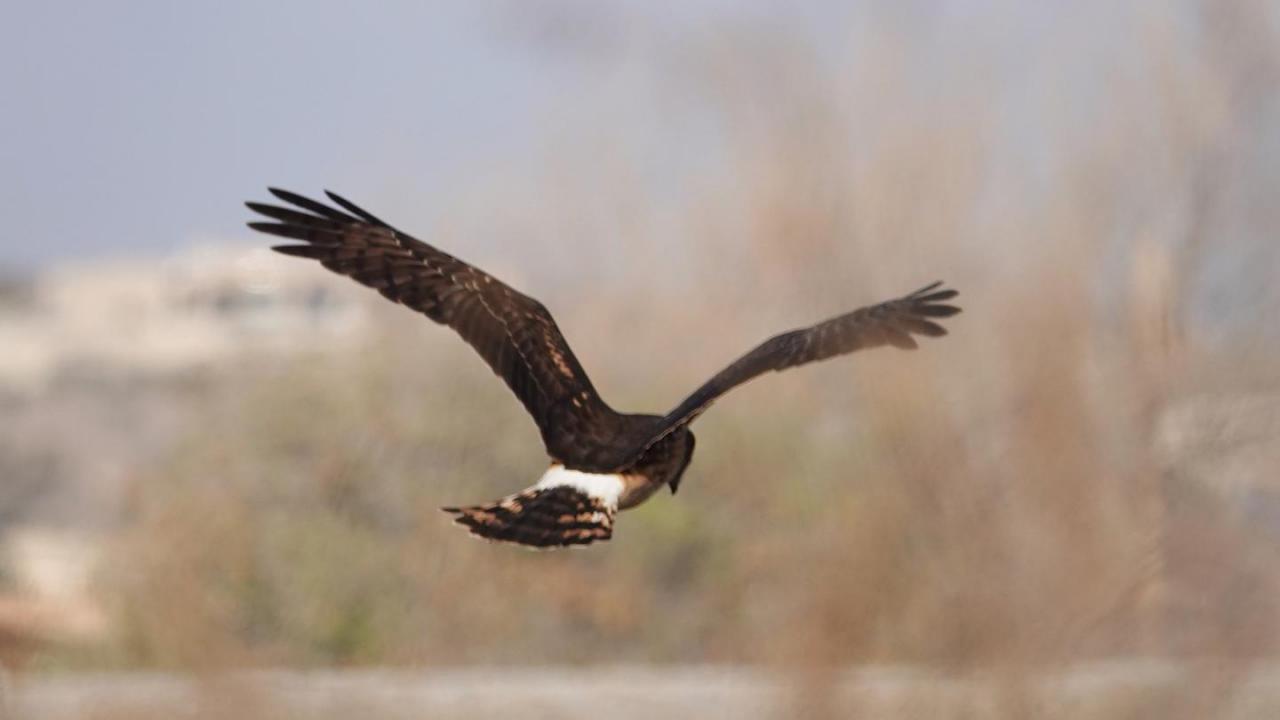 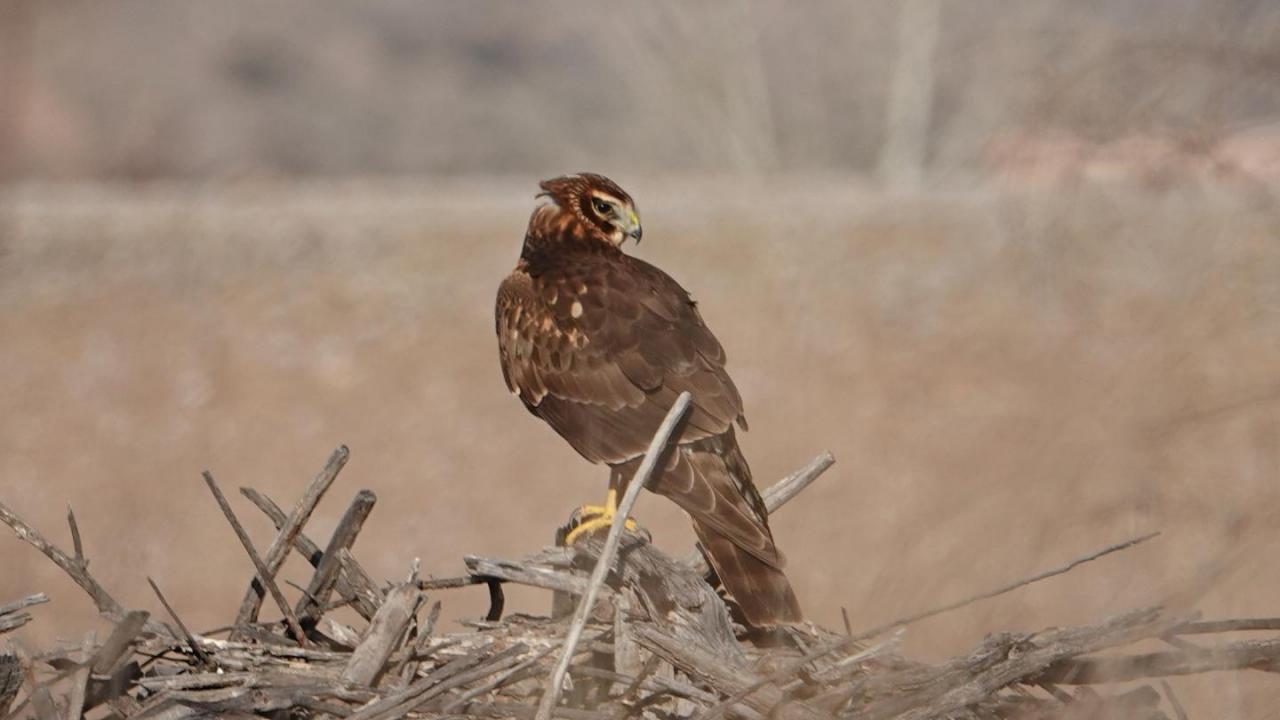 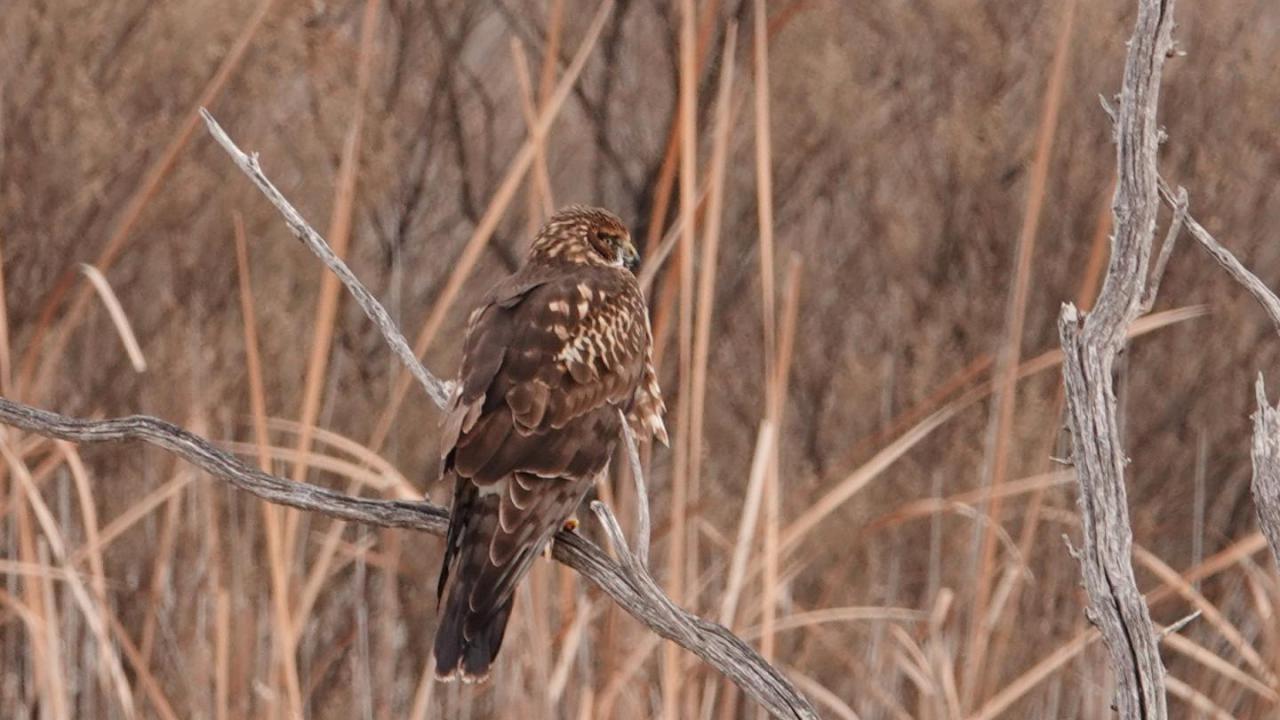 The Northern Harrier is relatively long winged and long tailed.
Both female (brown) and male (grey) have a distinct white rump.
While holding its long wings in a shallow V in a low flight closely watching the land below, it hunts primarily small mammals and birds.
The adult male is sometimes nicknamed the "Grey Ghost", because of his striking plumage and owl-like facial appearance.