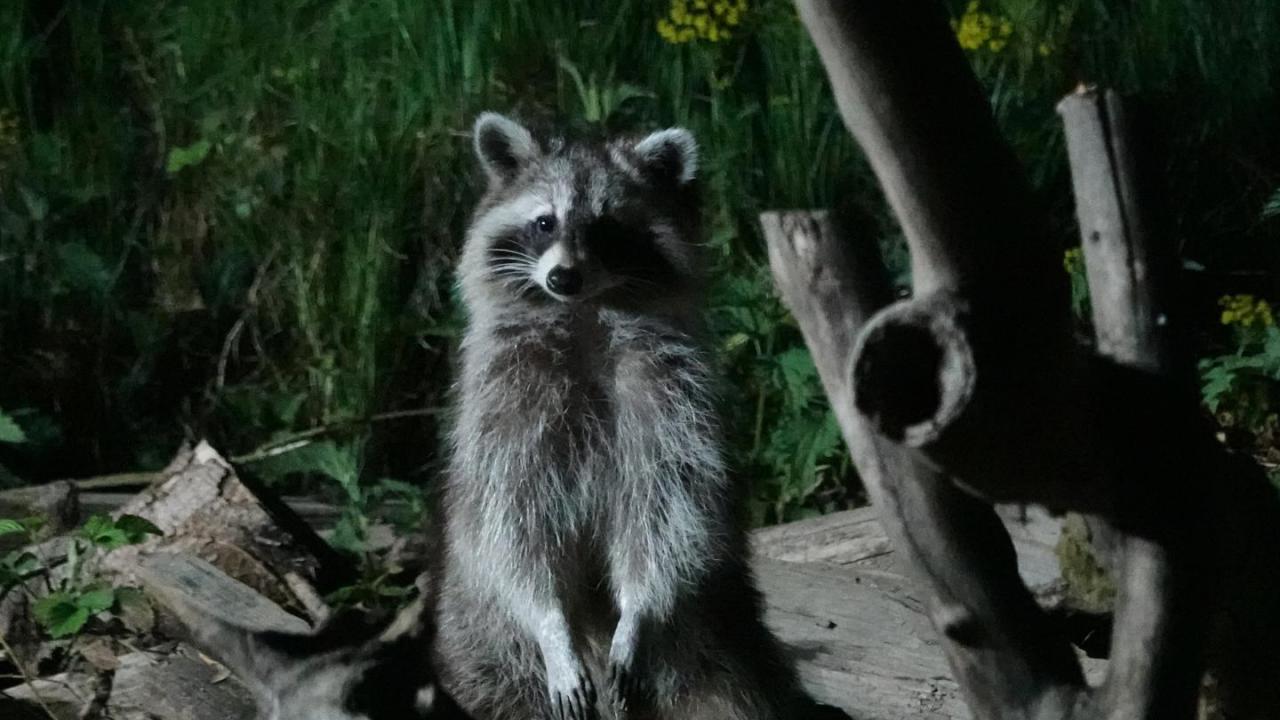 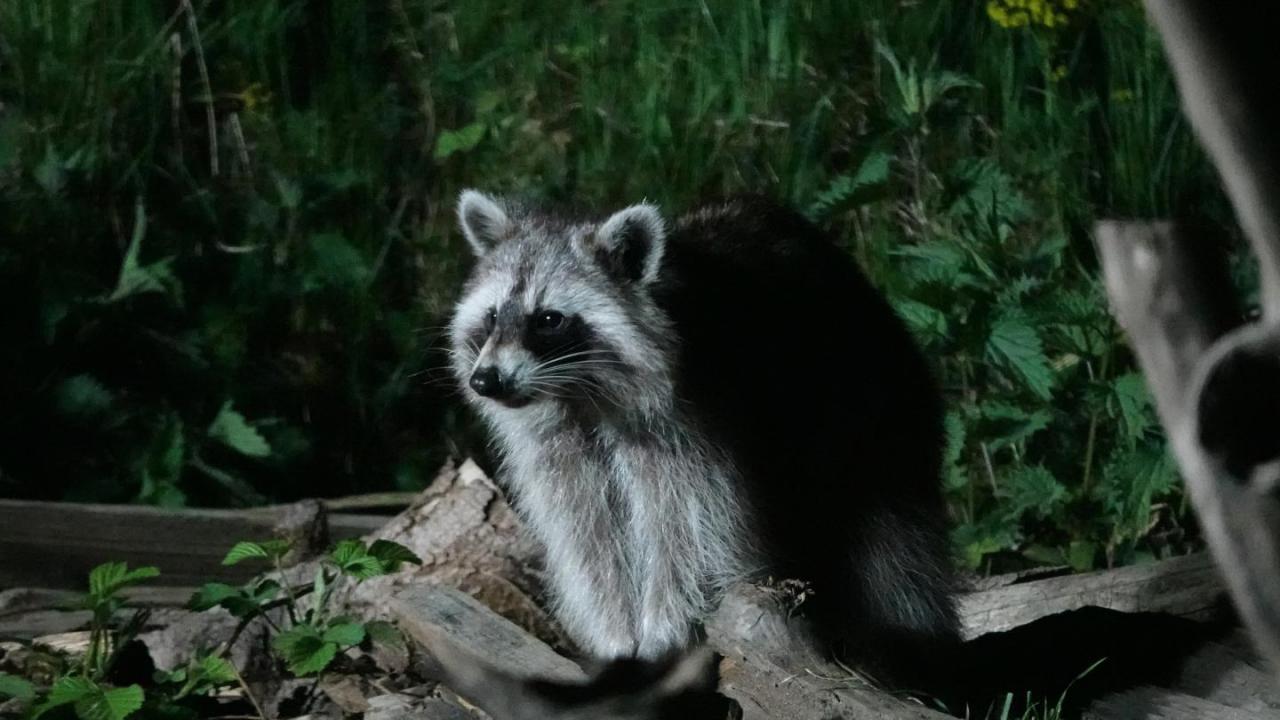 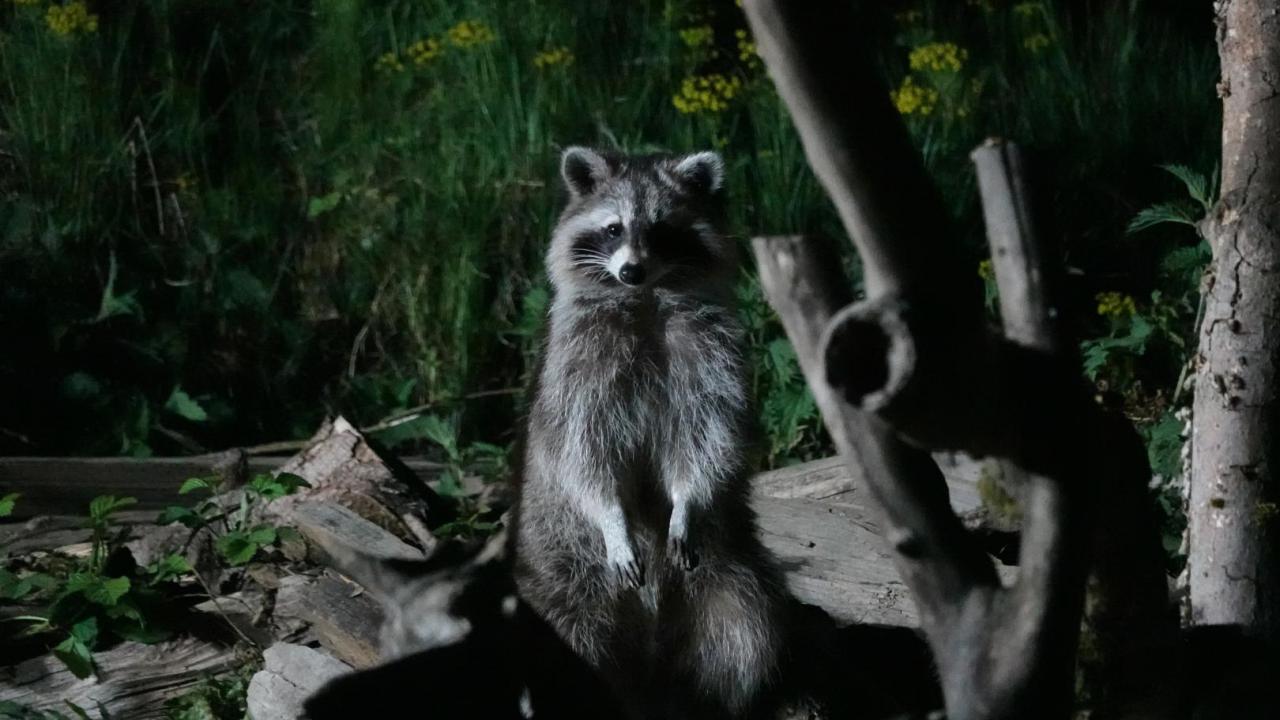 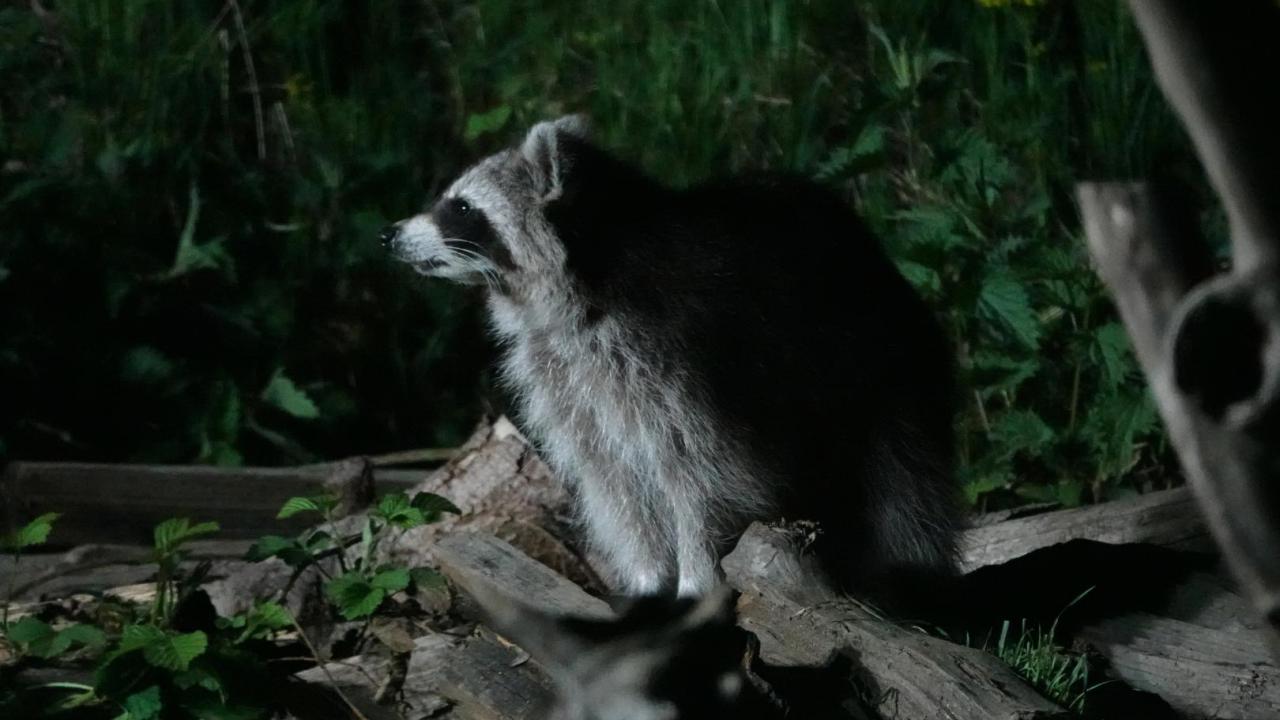 Raccoons eat almost everything from fish, frogs, insects and small mammals to fruits and vegetables.
They have adapted so well to humans that they often remove food scraps from garbage cans.
Males sometimes behave territorially, but the habitats of males hardly overlap with each other.
They are mainly active at night, but raccoons sometimes come out during the day and can be seen regularly at dusk.