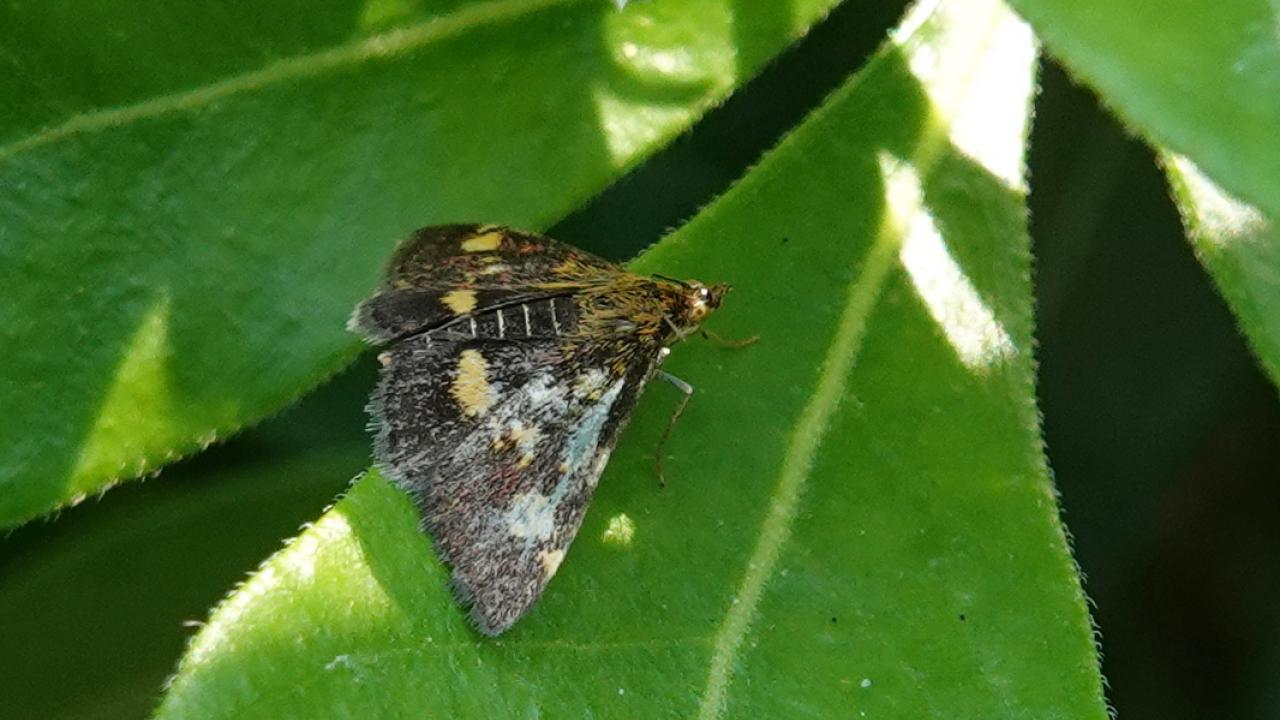 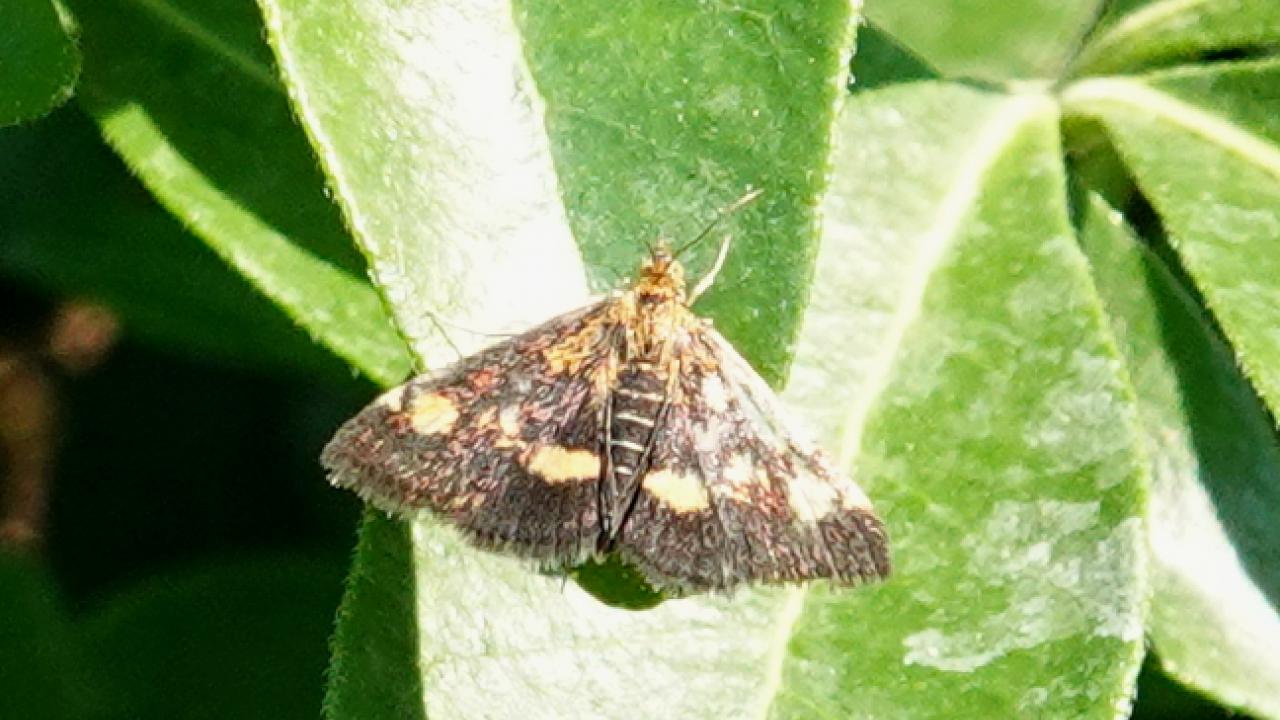 The Mint Moth (Pyrausta aurata) can be found in most of Europe and it is also widespread in North Africa and North Asia.
It is a very small moth with a wingspan of up to 1,5 cm.
The forewings are purplish-brown with golden yellow markings.
The number and intensity of these markings is quite variable.
Usually in the forewings there is a single postmedian round golden spot near the costa, often with some other minor golden spots.
It flies both at day and at night.
As the name suggests, the Mint Moth often uses mint as a food plant.
Pyrausta aurata is very similar to the related Pyrausta purpuralis, a slightly larger moth with a broad postmedian continuous band, usually divided into at least three yellow spots.
Pyrausta aurata is very common in The Netherlands whereas Pyrausta purpuralis is quite rare.