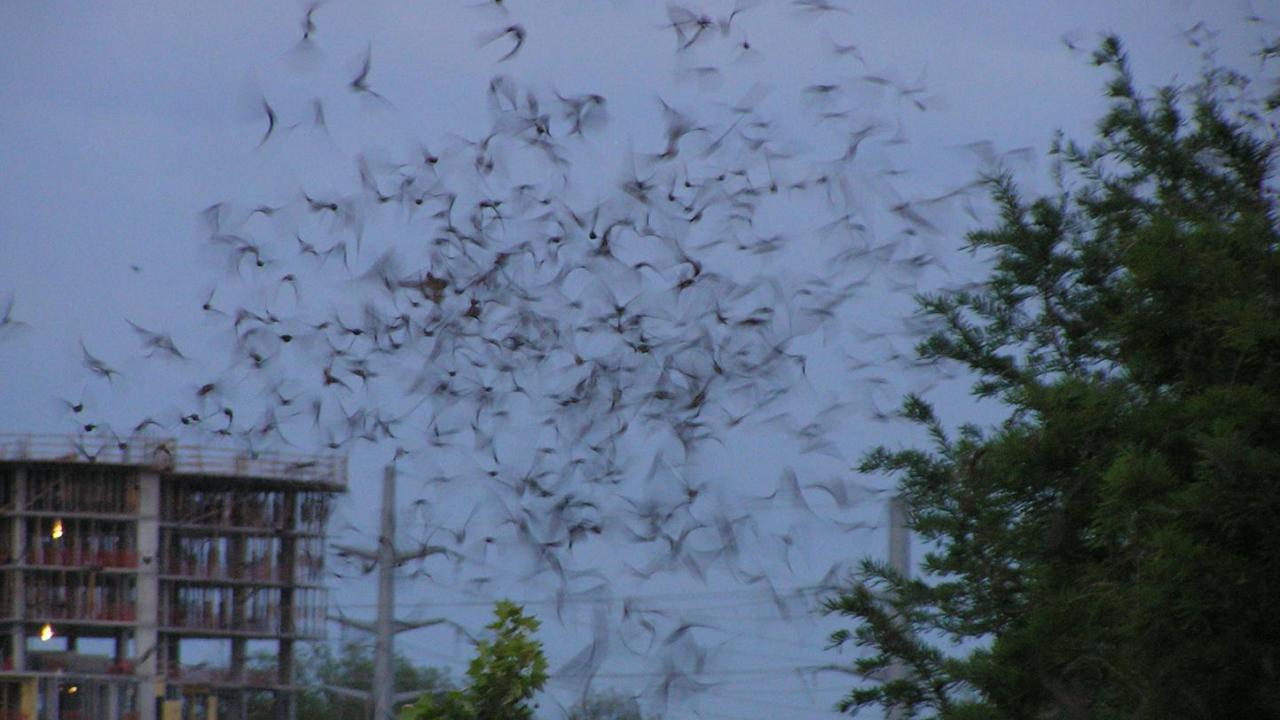 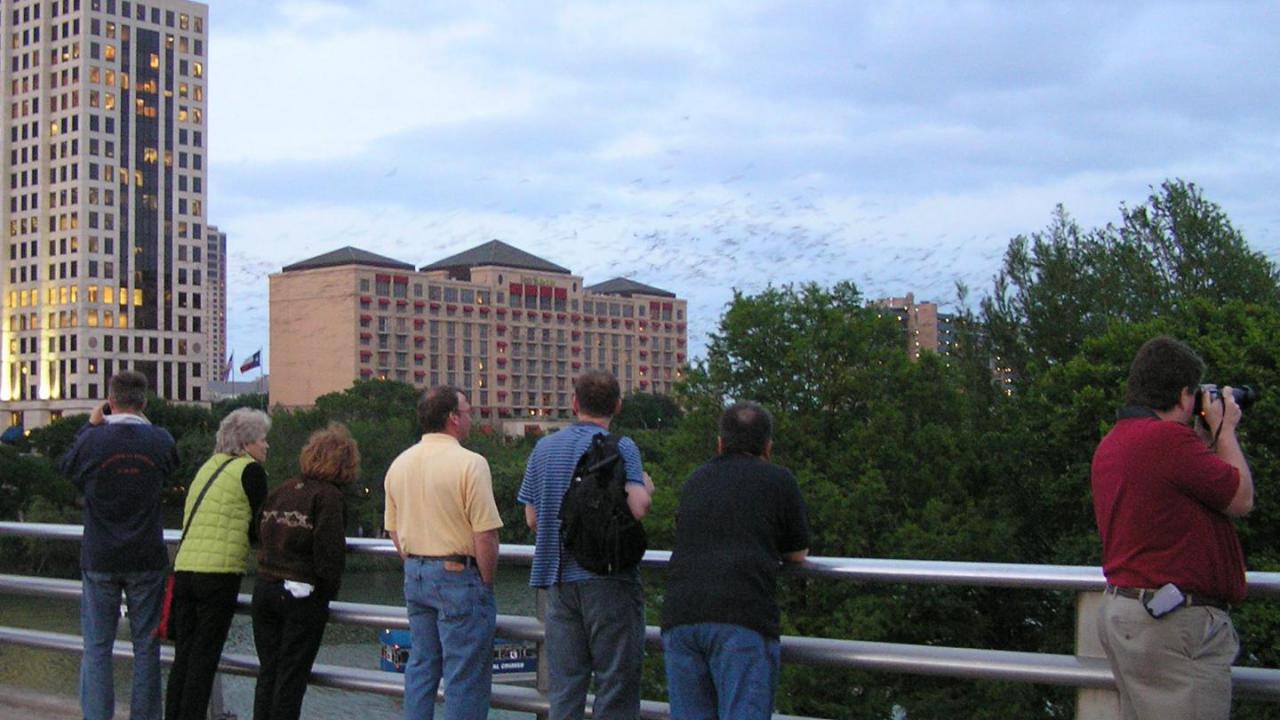 Every summer night, hundreds of people gather to see the world's largest urban bat colony emerge from under the Congress Avenue Bridge in downtown Austin, Texas. The crevices beneath the bridge make an ideal bat roost. As the city came to appreciate its bats because they eat huge amounts of insects every night, the population under the Congress Avenue Bridge grew to be the largest urban bat colony in North America. With up to 1.5 million bats spiraling into the summer skies, Austin now has one of the most unusual and fascinating tourist attractions anywhere.
Austin's bridge bats are Mexican free-tailed bats. They migrate each spring from central Mexico to various roosting sites throughout the southwestern U.S. Most of the colony is female, and in early June each one gives birth to a single baby bat.
It is truly a fascinating spectacle!