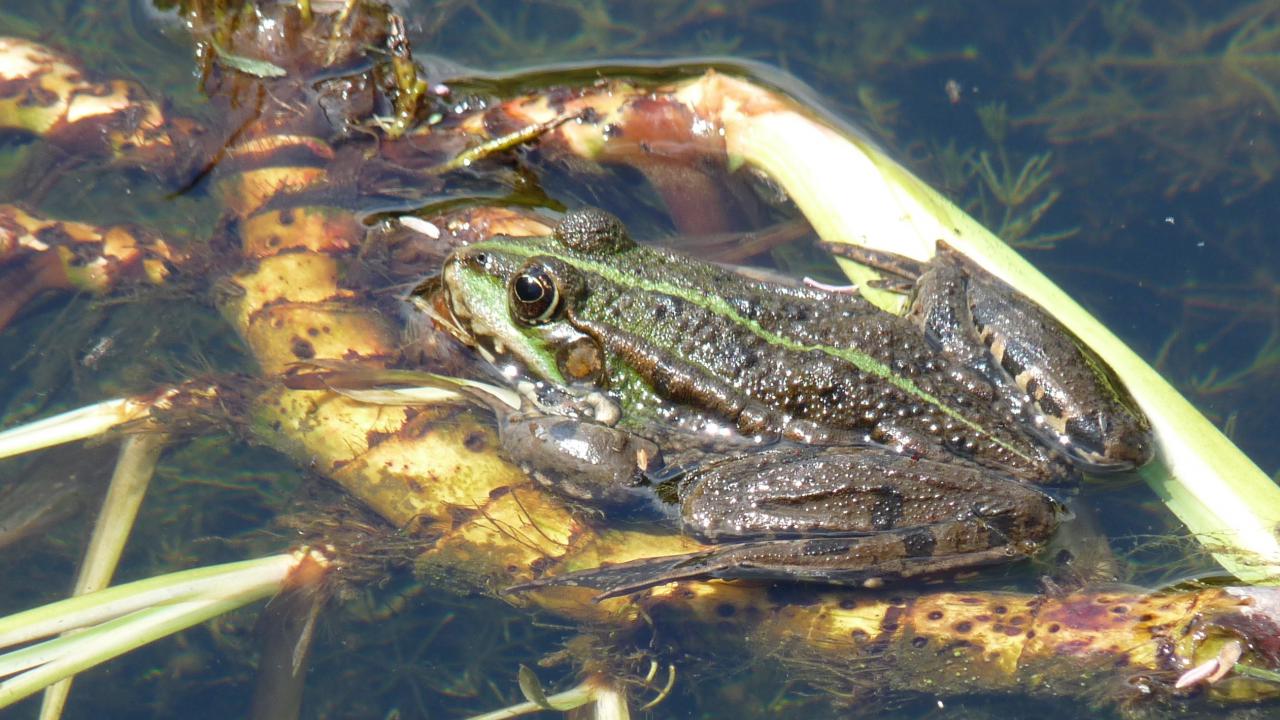 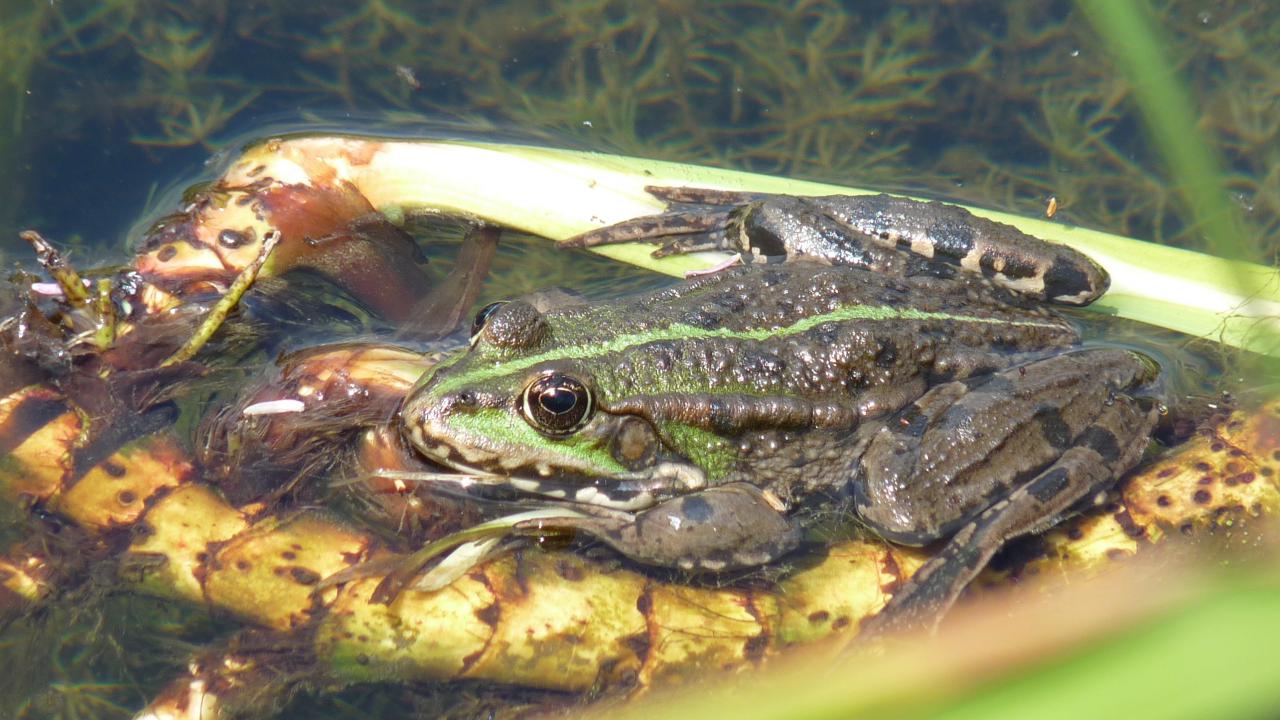 The Marsh Frog (Pelophylax ridibundus) is the largest frog native to Europe and is very similar in appearance to the closely related Pool Frog (Pelophylax lessonae) and Edible Frog (Pelophylax klepton esculentus).
These three species, now again in the genus Pelophylax, are often referred to as "green" frogs or "water" frogs to distinguish them from the more terrestrial European Rana species, which are known as "brown" frogs or "grass" frogs.
The Pool Frog is the smallest of the three and the Marsh Frog is the biggest. The Pool Frog's body size is usually 5-8 cm, the Edible Frog's body size is usually 8-12 cm and the Marsh Frog can reach a maximum length of 17 cm.