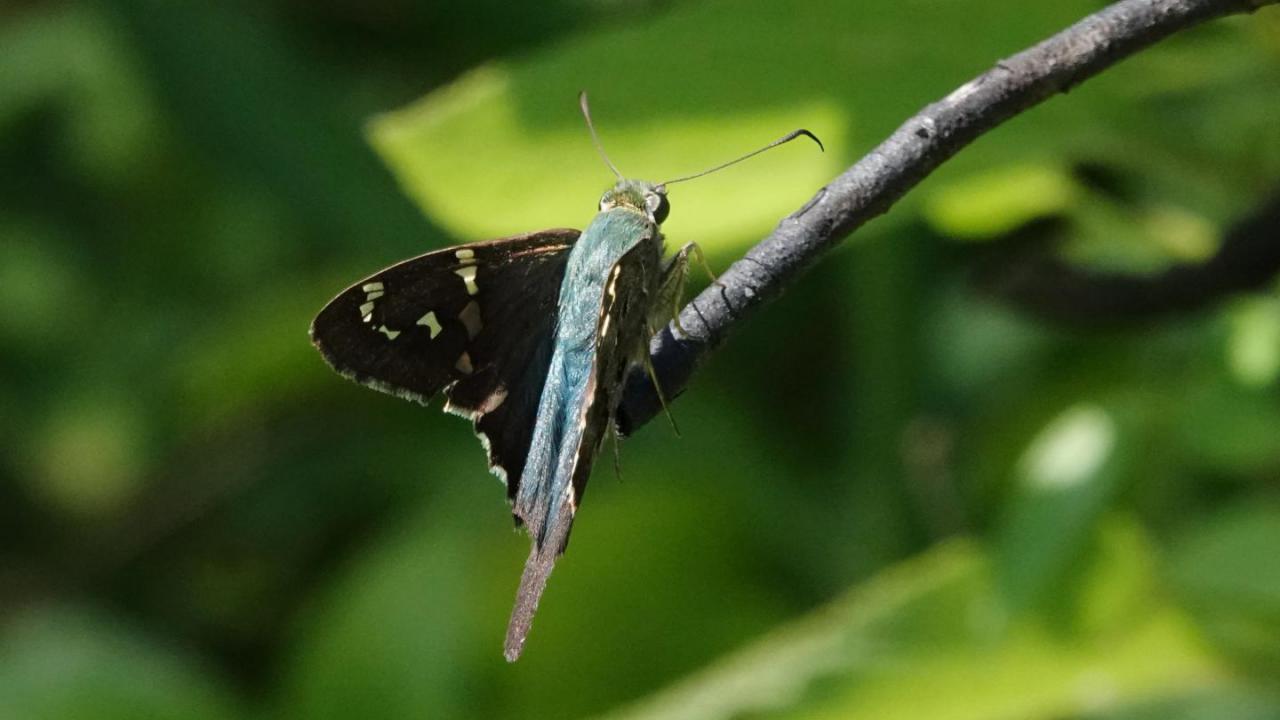 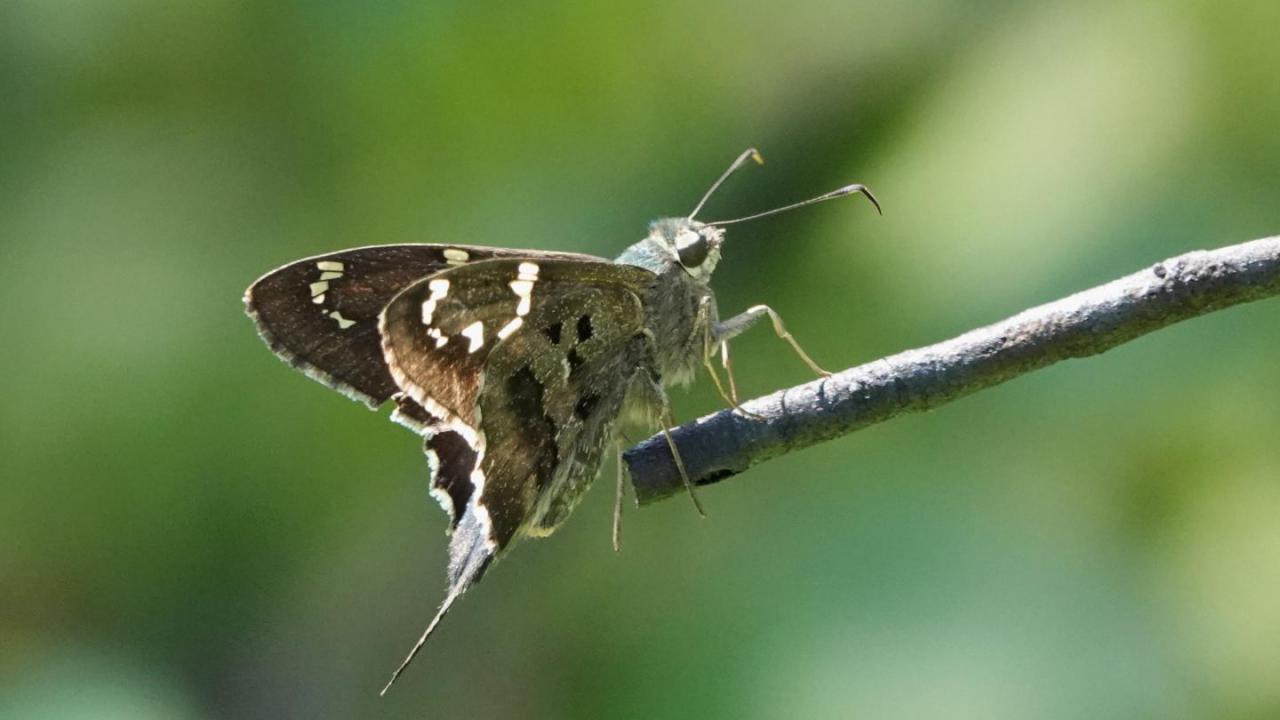 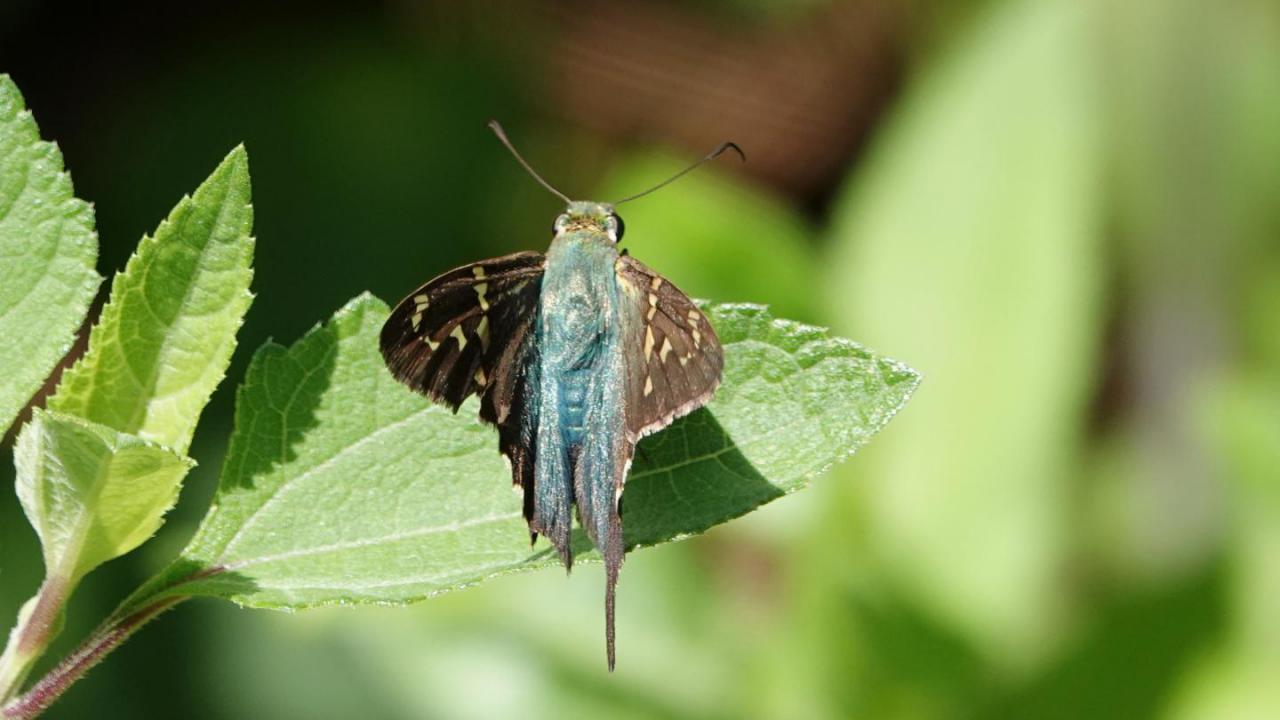 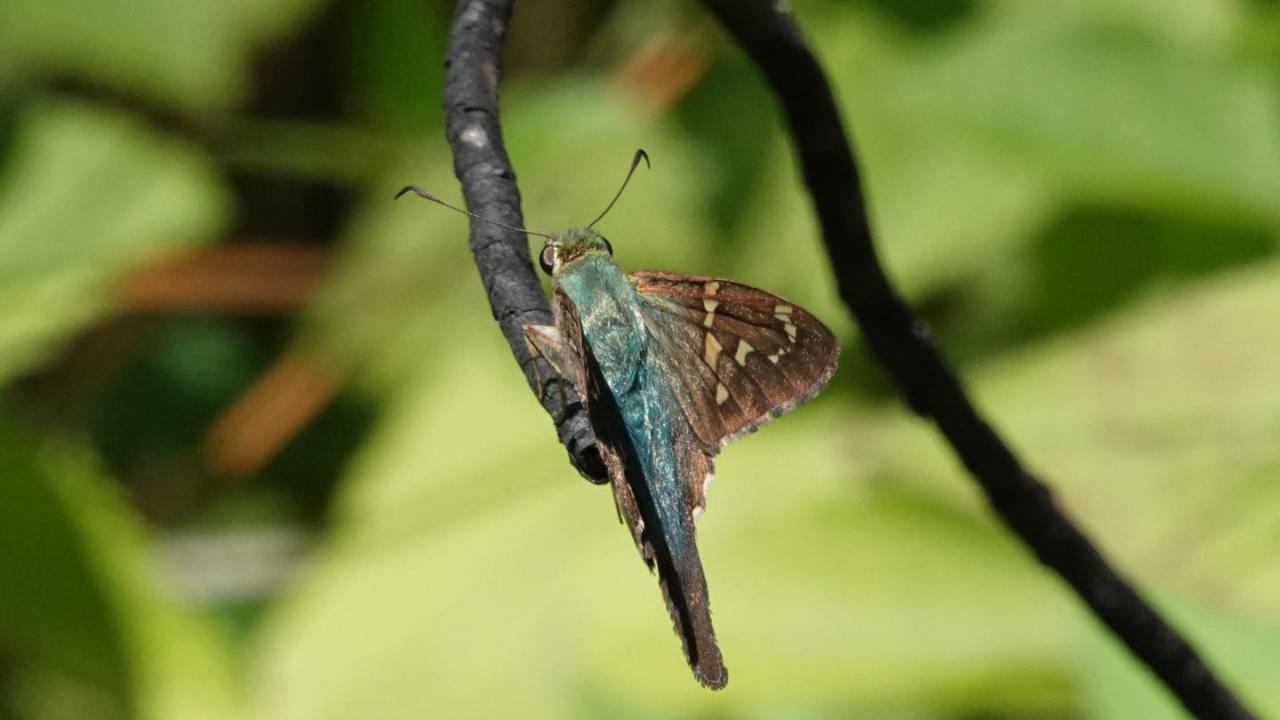 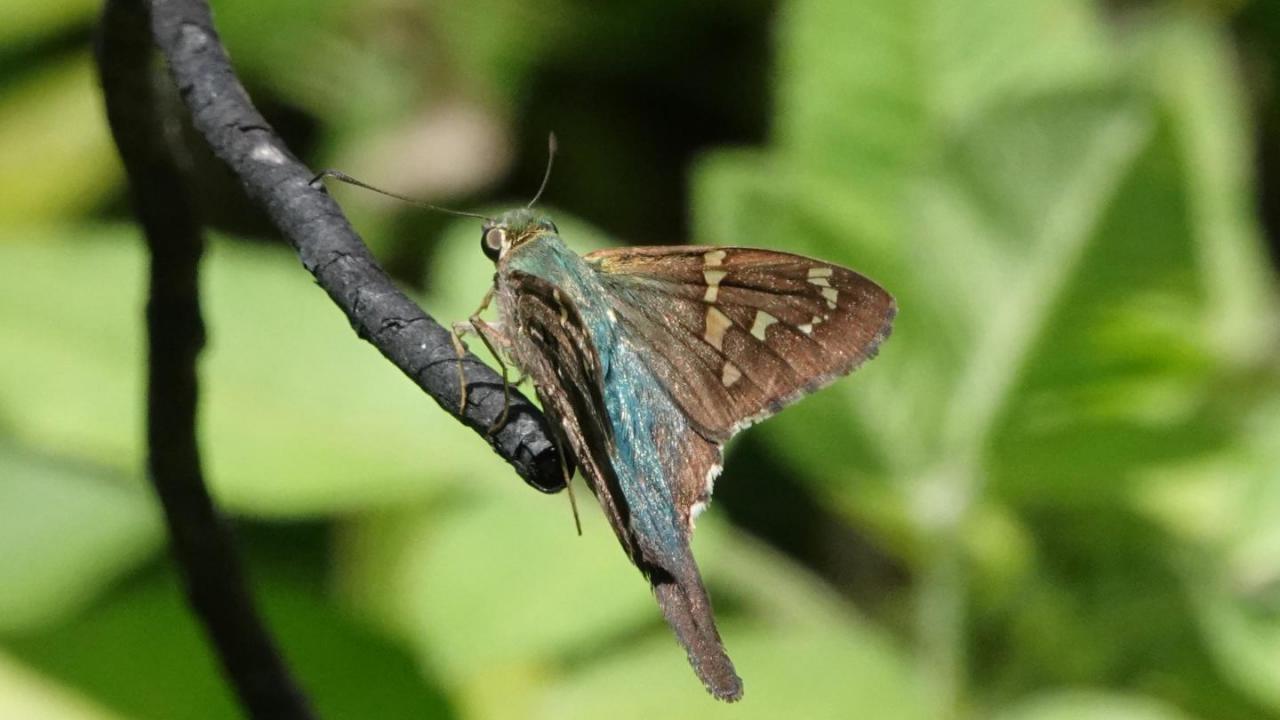 The Long-tailed Skipper (Urbanus proteus) is found throughout tropical and subtropical South and Central America, and in the Eastern United States.
Its wings are dark brown with white spots, and two long tails extend from the hindwings.
Its body and wing bases are iridescent blue-green.
It has a large head, prominent eyes, and a wingspan between 4.5 and 6 cm.
The Long-tailed Skipper is usually seen singly, basking with wings half-open on low foliage.