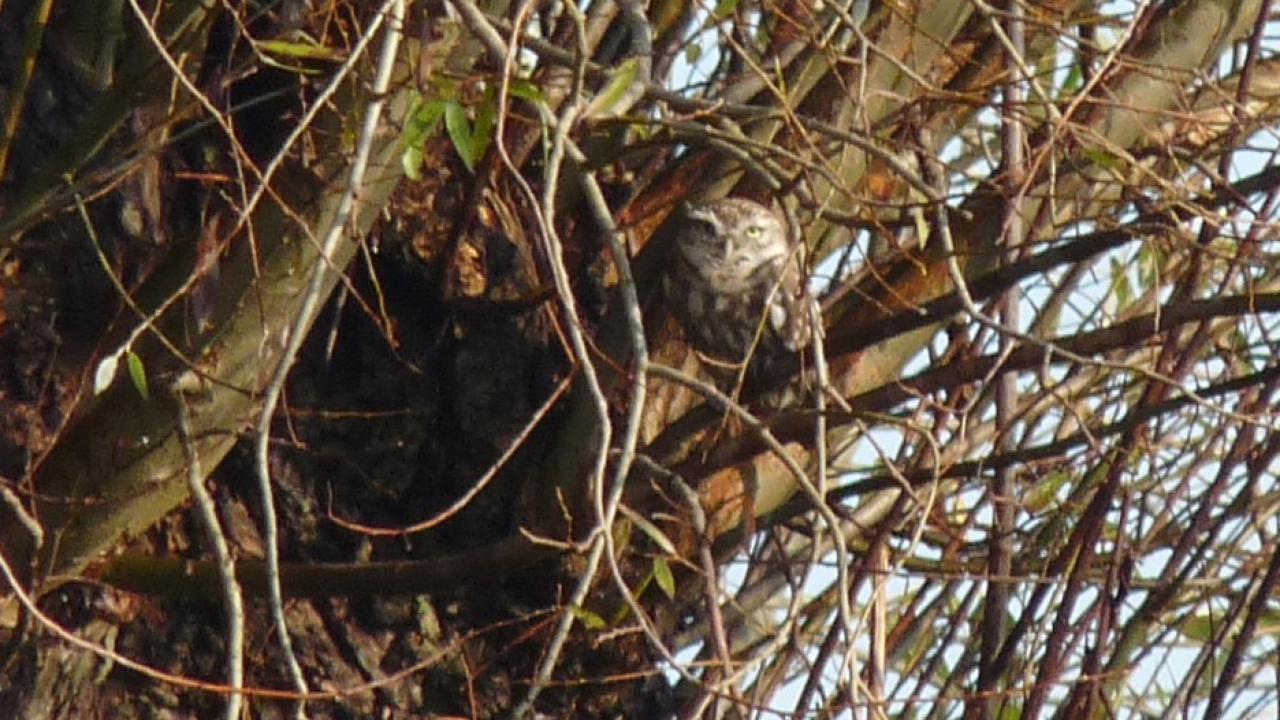 The Little Owl is partly diurnal and often perches prominently during the day.
It is found in open country such as mixed farmland and parkland and has a bounding flight like a woodpecker.
The Little Owl's white “eyebrows” give it a stern expression.
It takes prey such as insects, earthworms, amphibians, but also small birds and mammals.
Surprisingly, they occasionally eat plant material and berries.
Often little owls return to the same nest location.