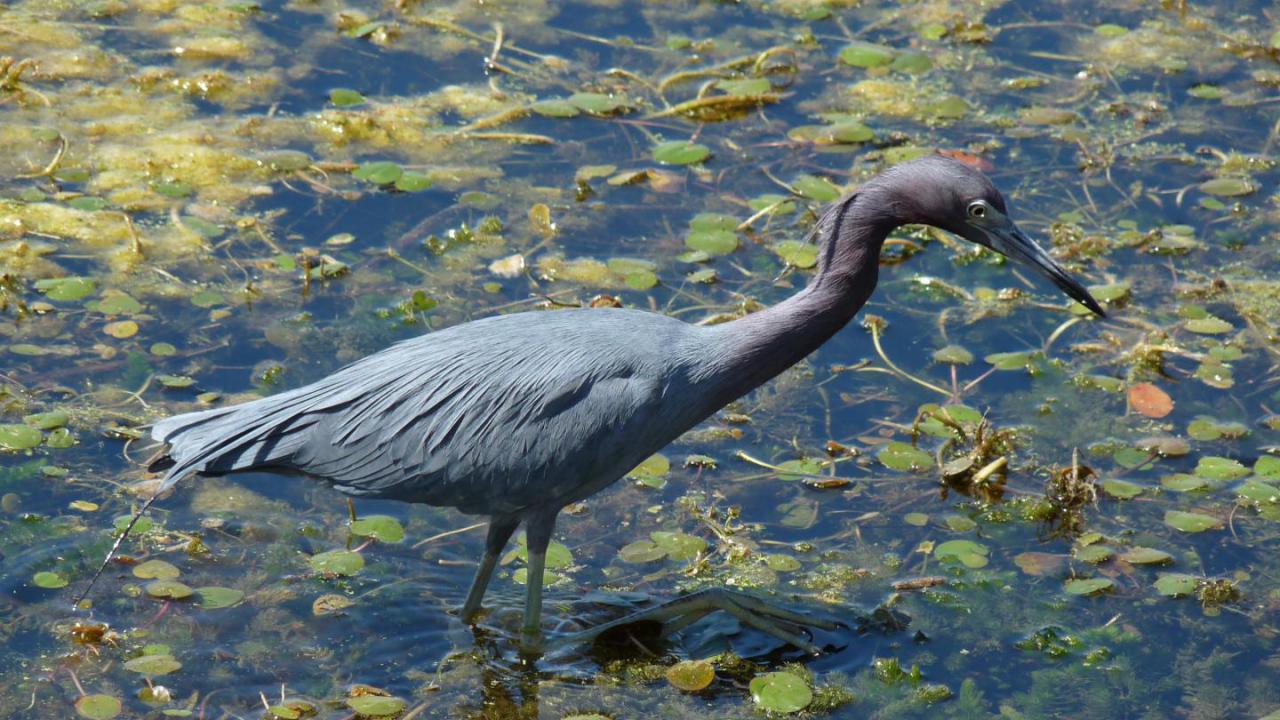 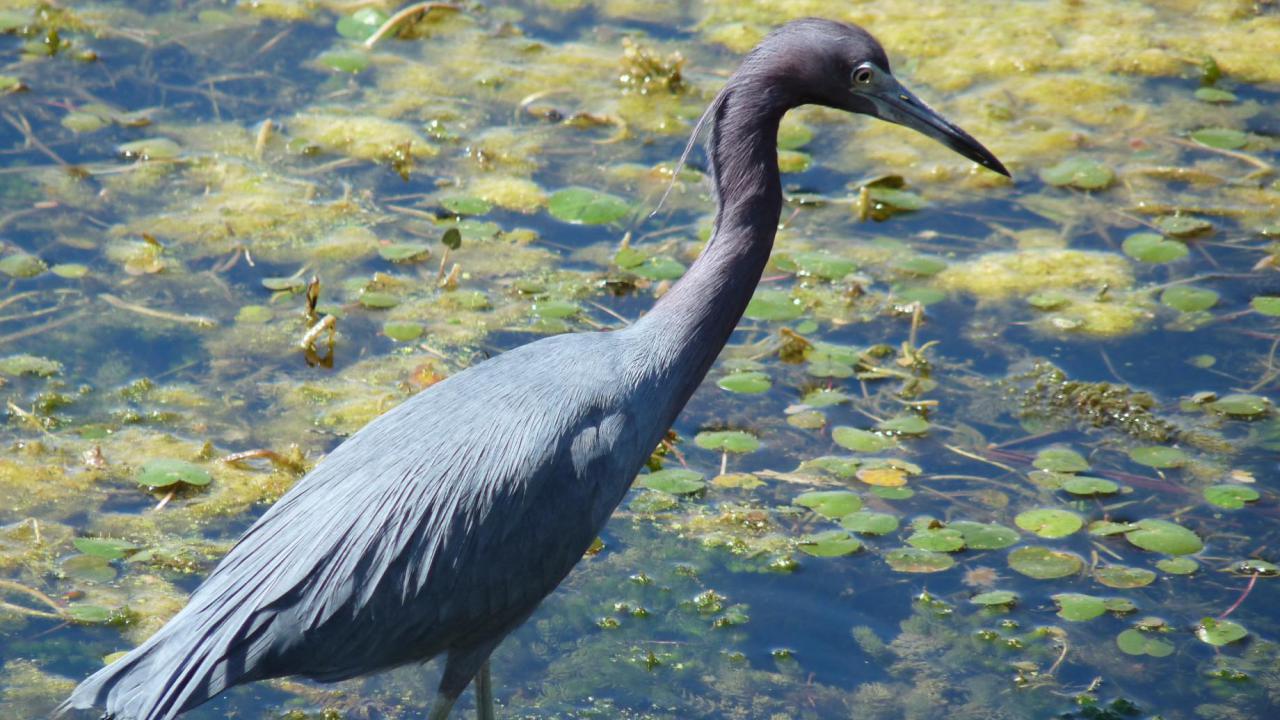 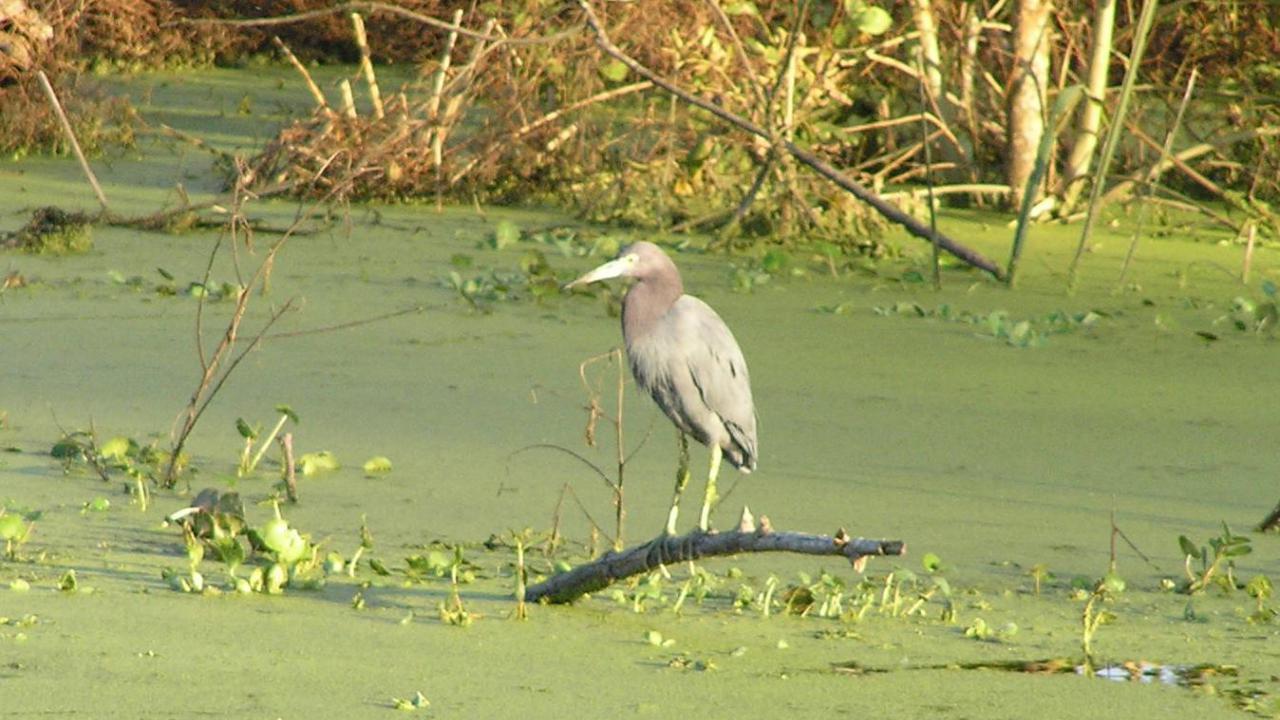 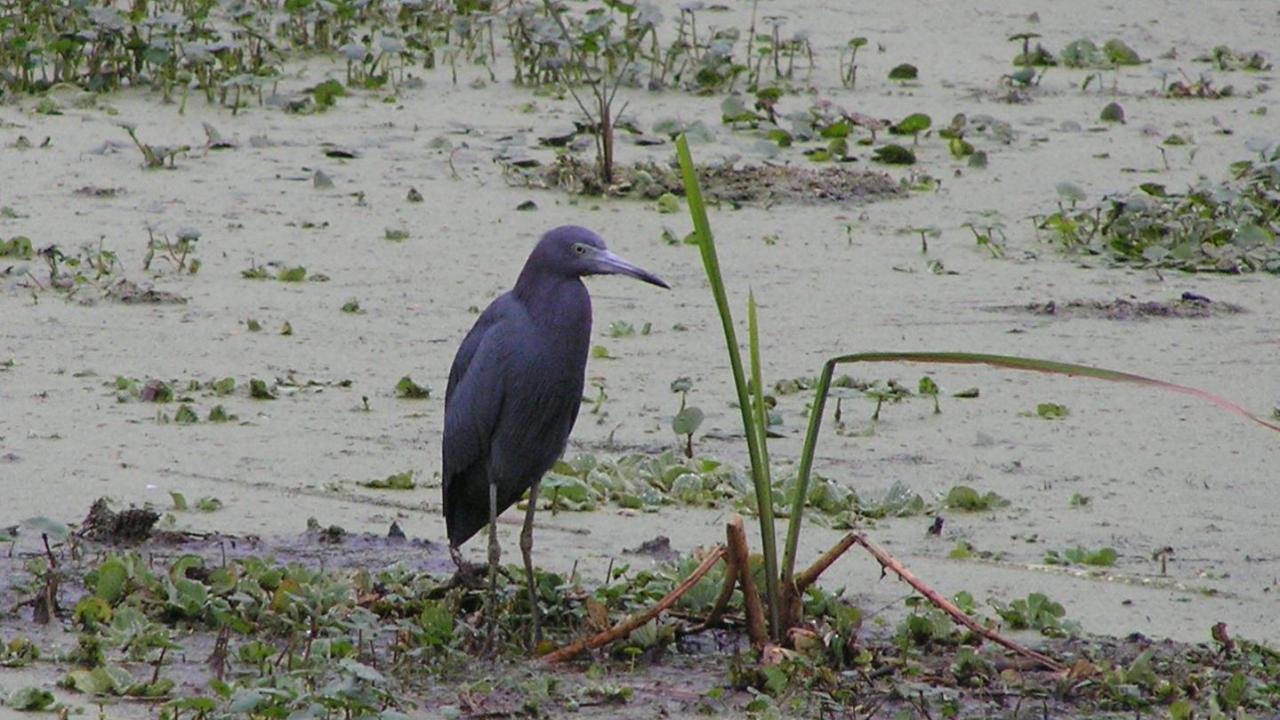 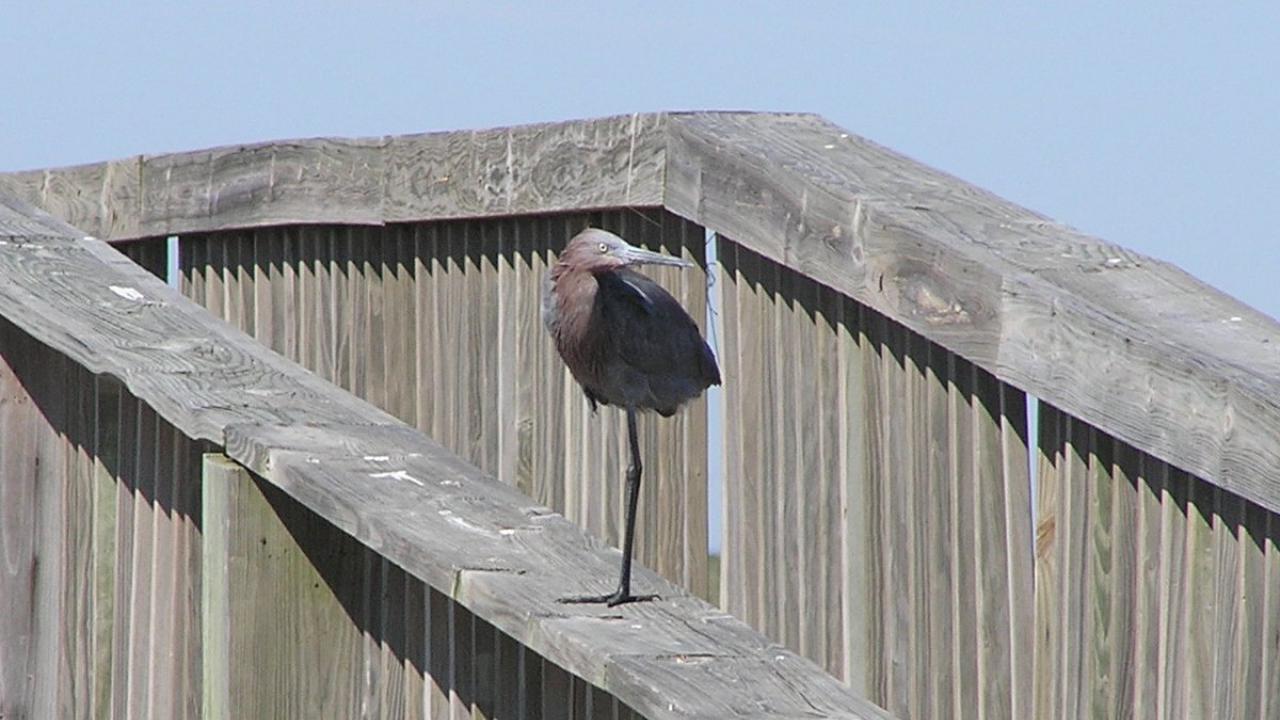 The Little Blue Heron occurs through much of North America, Central America, the Caribbean and South America.
Adult birds have a dark blue body with a deep reddish-purple head and neck feathers.
The colors get more intense during breeding season.
The bill is two-toned: blue-grey at the base and a dark tip.
Young birds are all white in their first year, except for dark wing tips.
This species is rather similar to the much larger and bigger-billed Reddish Egret.
Immatures molting into adult plumage are a patchwork of white and blue.
Immature Little Blue Herons are similar to immature Snowy Egrets.