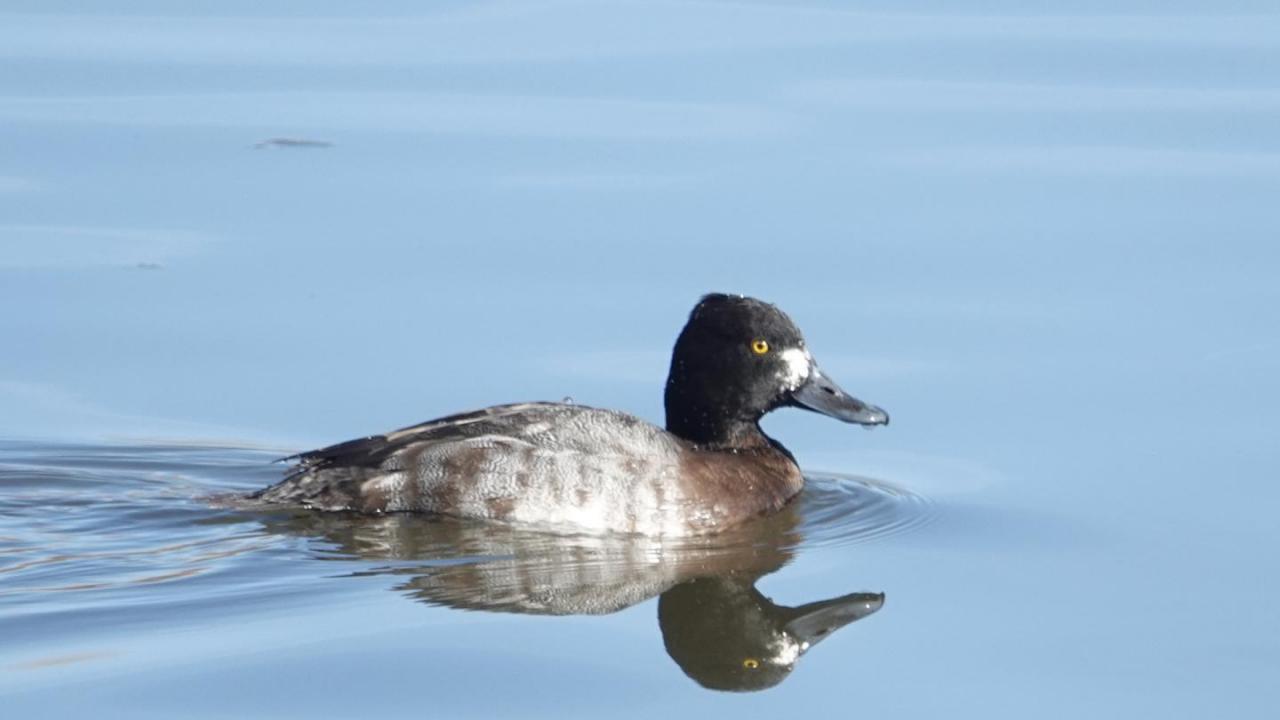 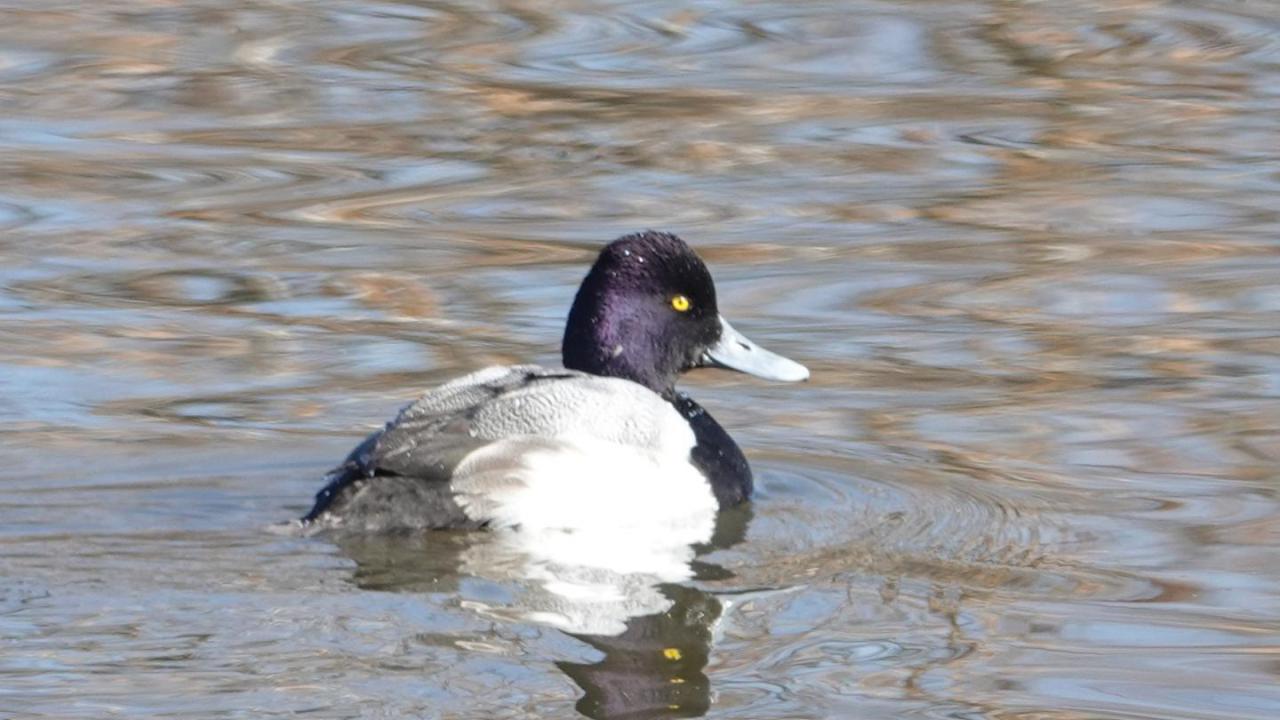 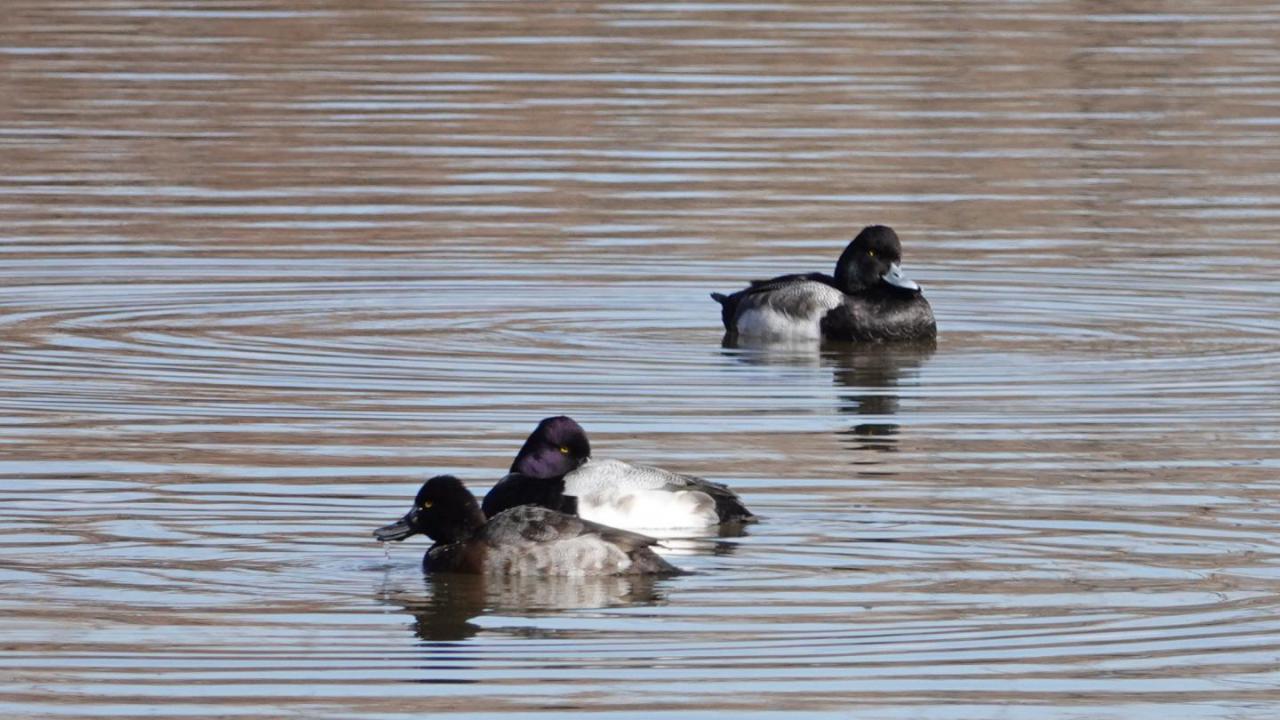 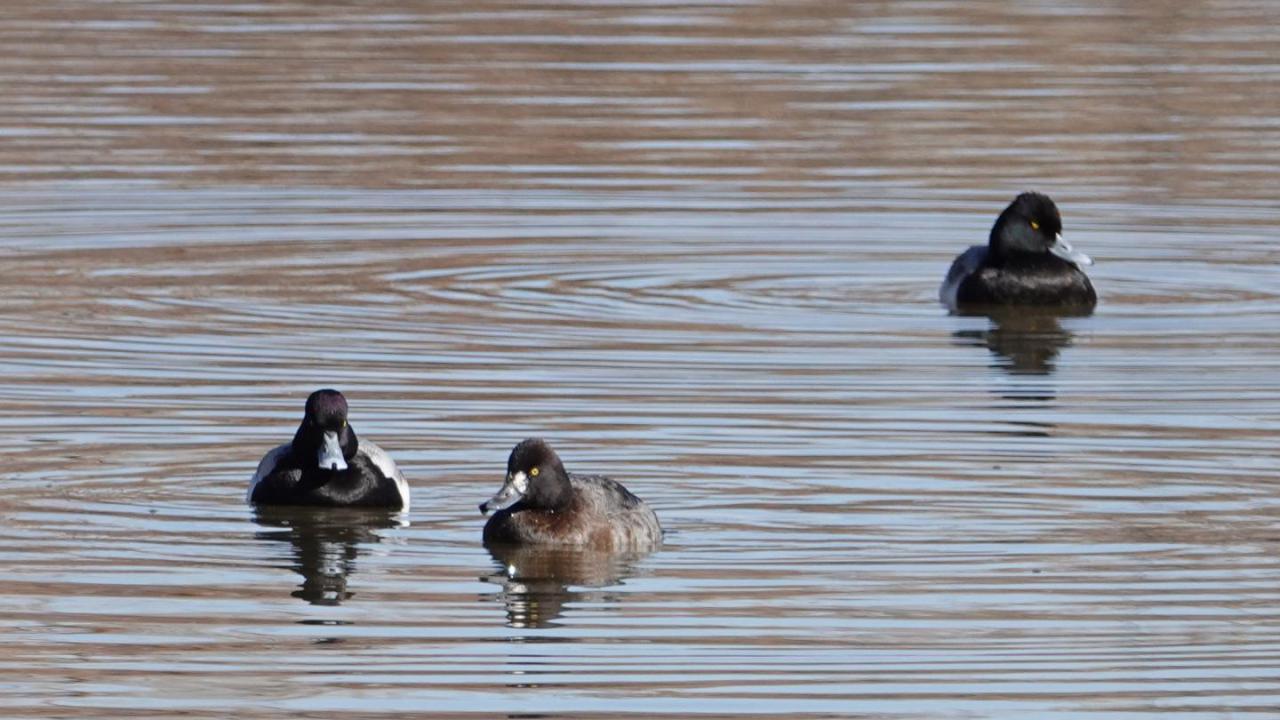 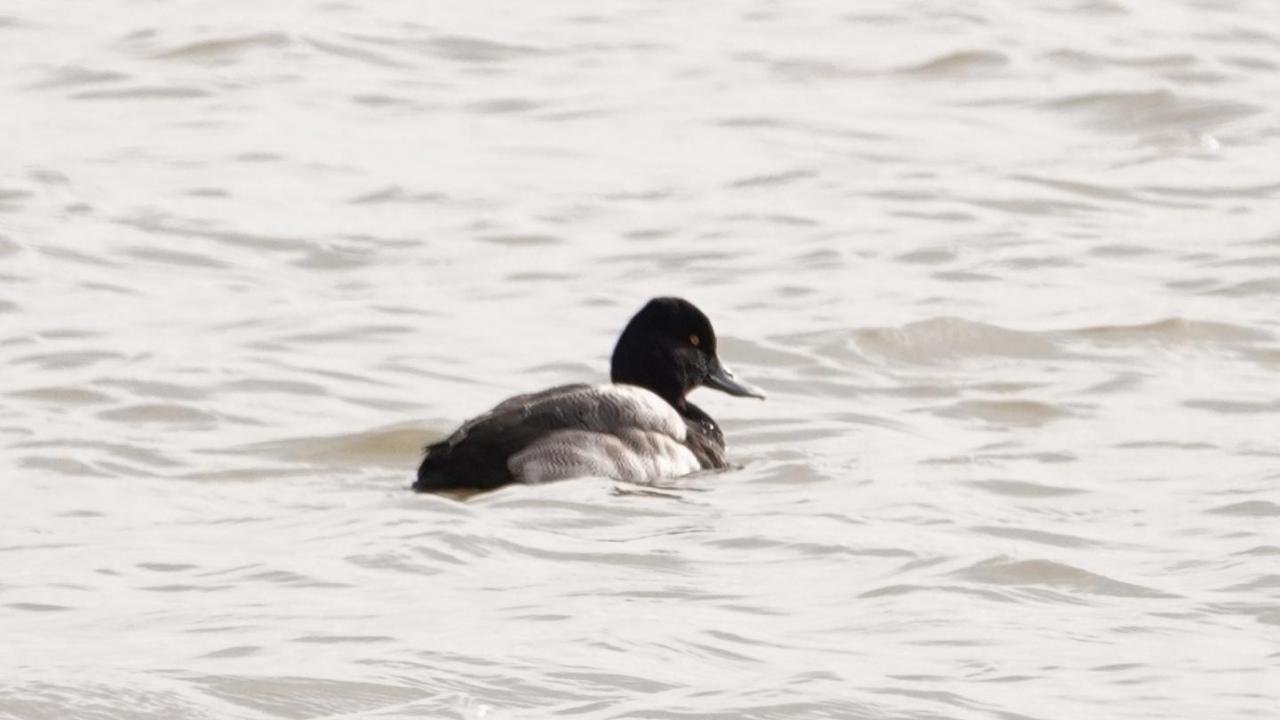 At a distance, the breeding male Lesser Scaup is black and white, but closer views reveal an iridescent purple to green sheen on the head, a finely barred black-and-white back, a bluish bill, and a yellow eye.
Females (2nd & 3rd photo) are brown overall with a darker brown head and a white patch next to the bill, but not all females have a white patch.
Non-breeding males look like a cross between a female and a breeding male: a mottled brown-and-gray body and a blackish head.
In North America, the Lesser Scaup overlaps extensively with the very similar looking Greater Scaup, especially in winter, but at that season the Lesser is far more likely to be found on freshwater lakes and ponds well inland.
One distinctive difference between the two is that the Lesser Scaup has a small peak at the back of the head whereas the Greater Scaup has a much more rounded head.