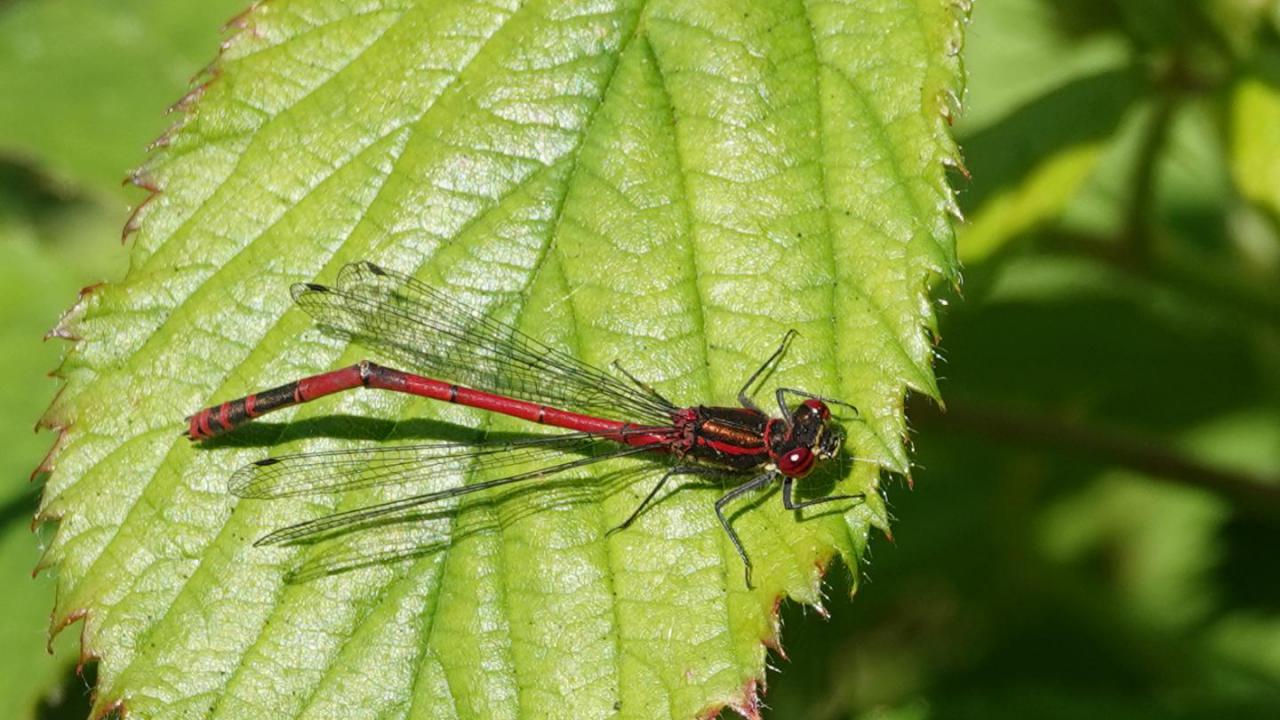 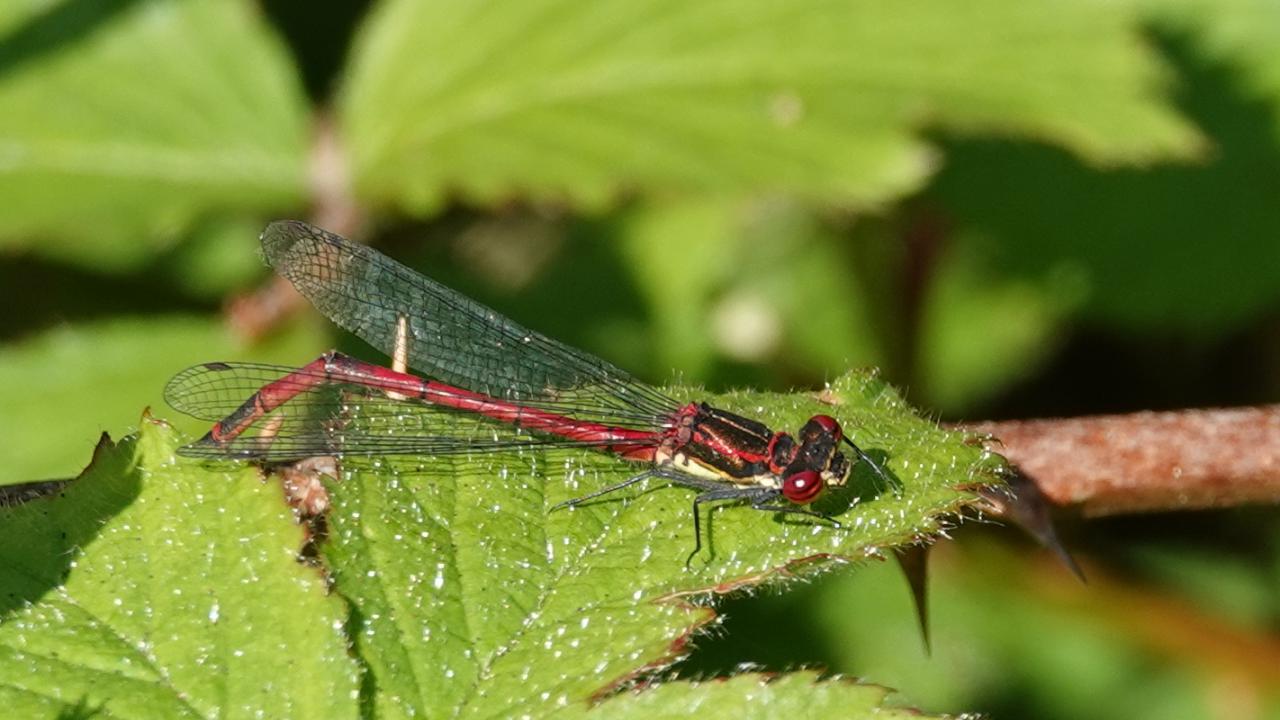 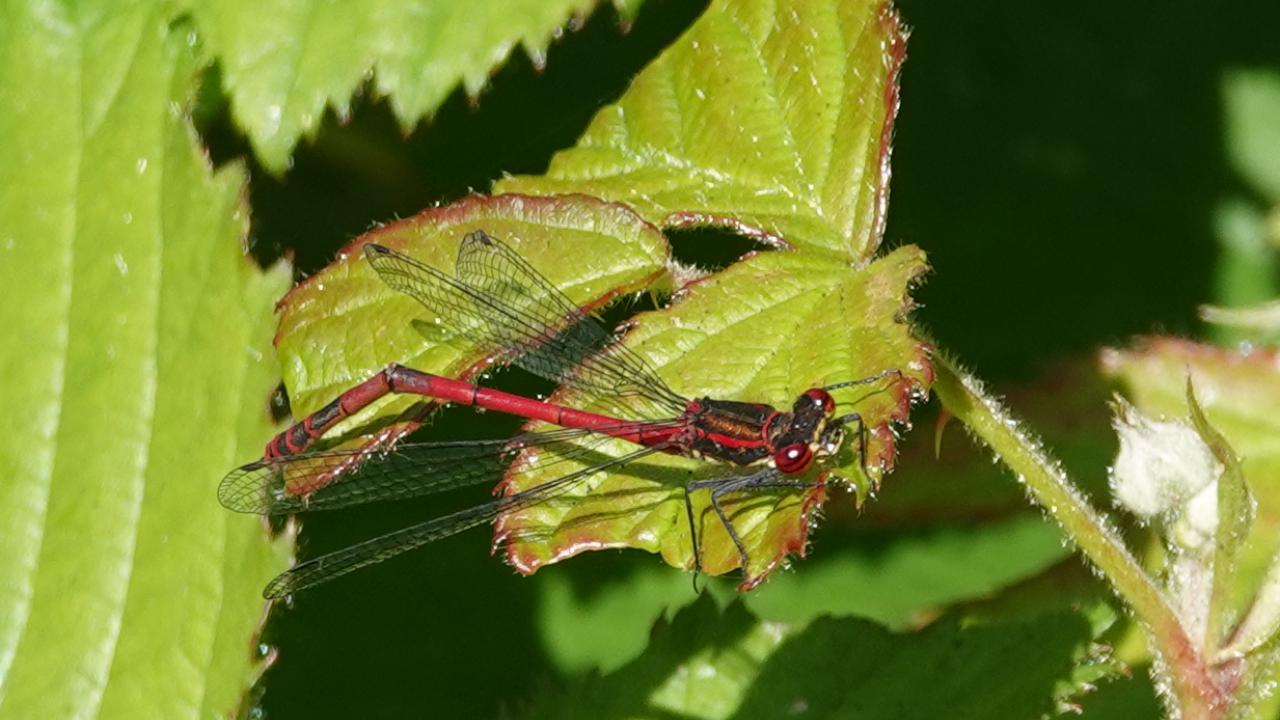 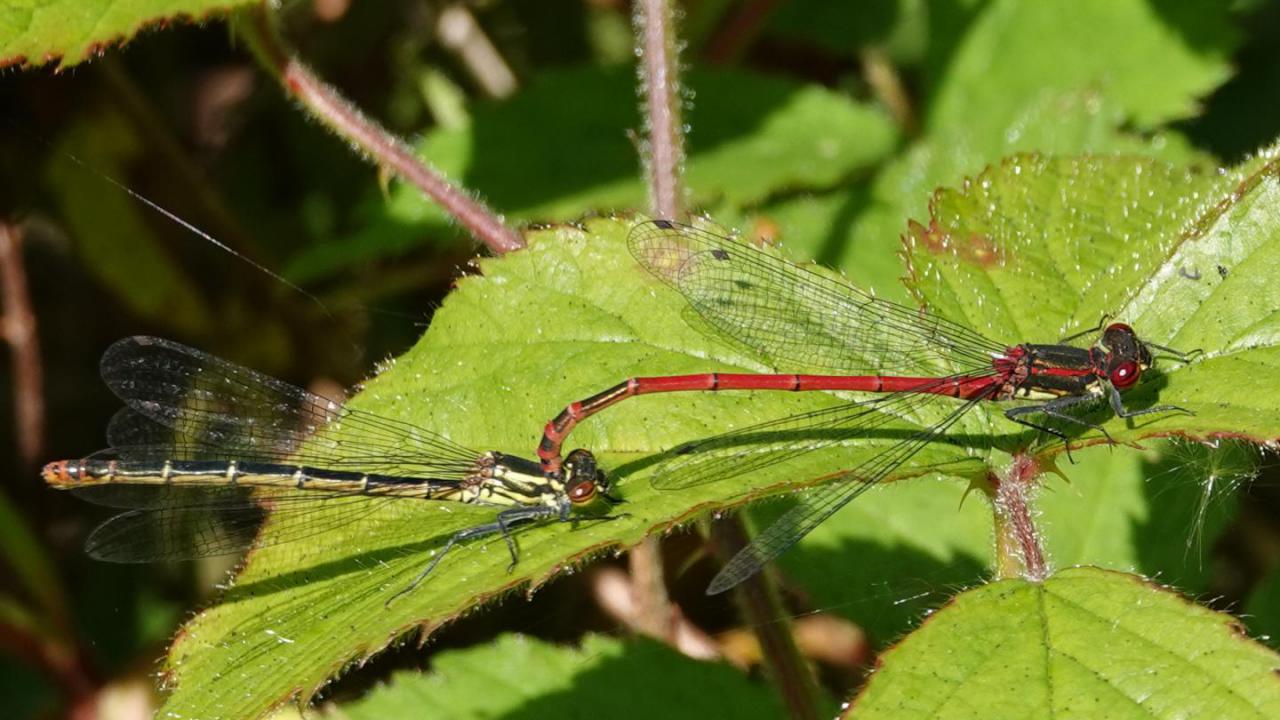 They can easily be confused with the Small Red Damselfly (Ceriagrion tenellum), but the latter has orange legs, while the Large Red Damselfly has black legs.