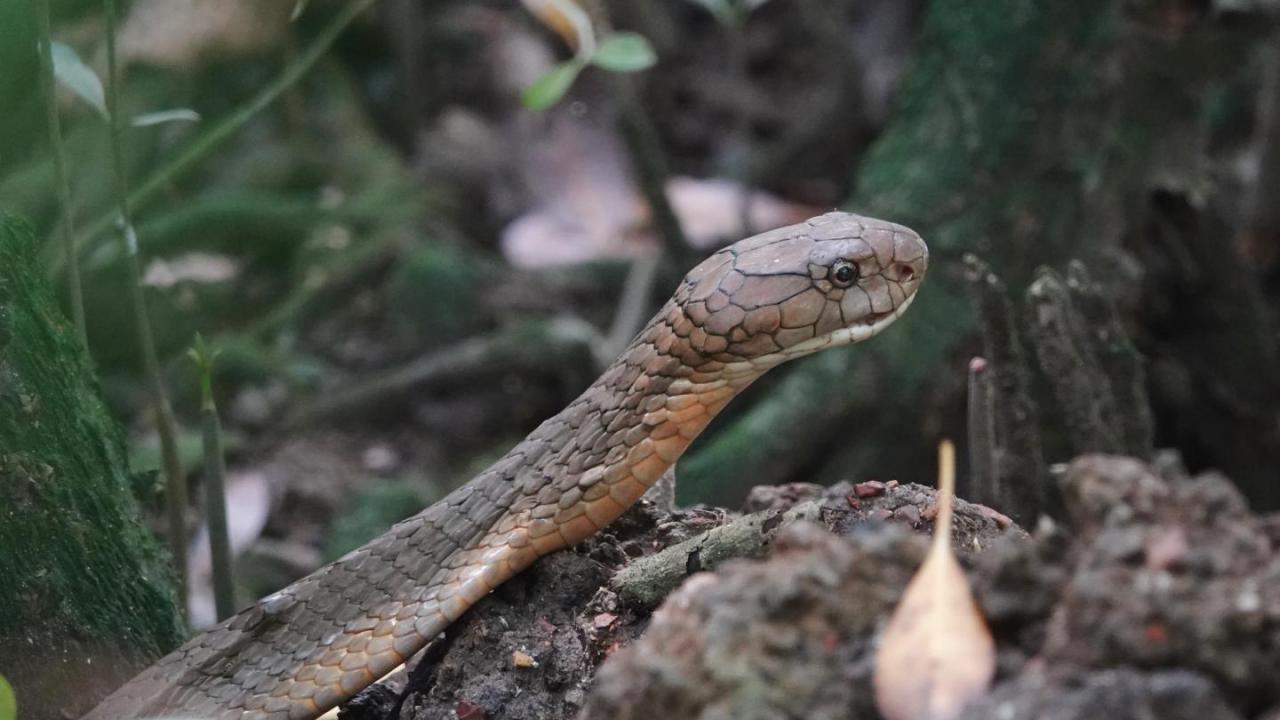 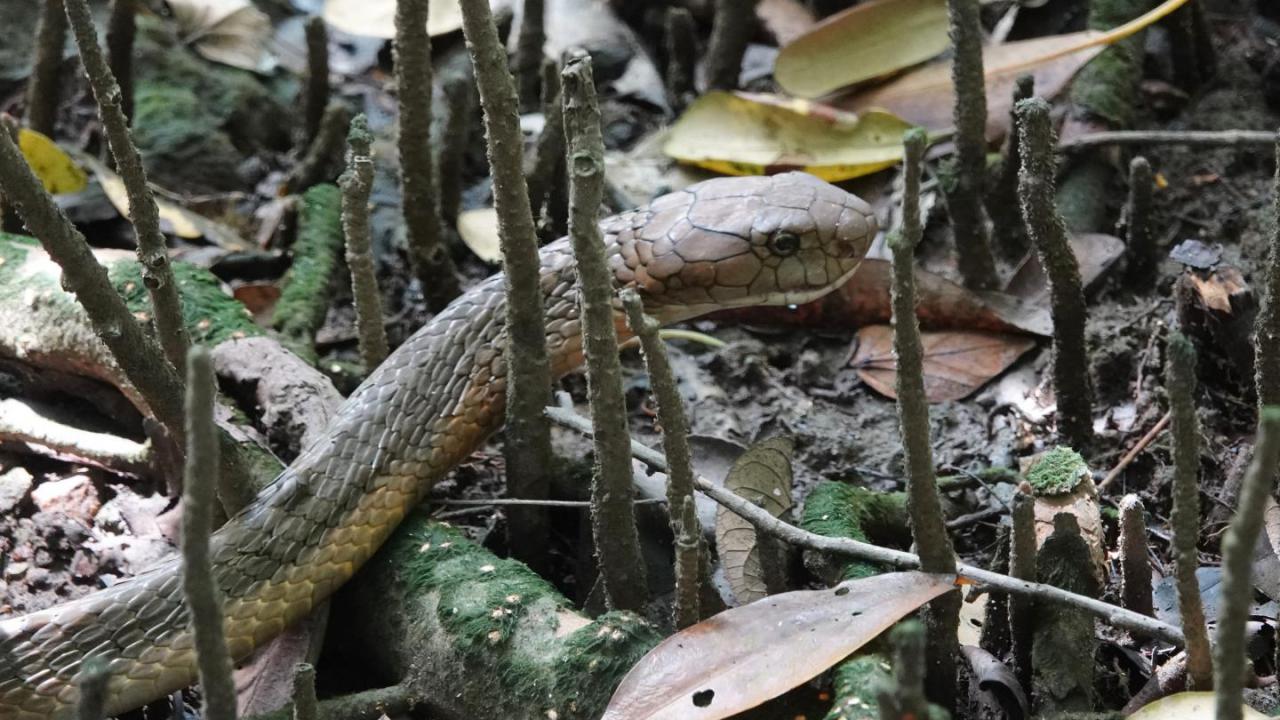 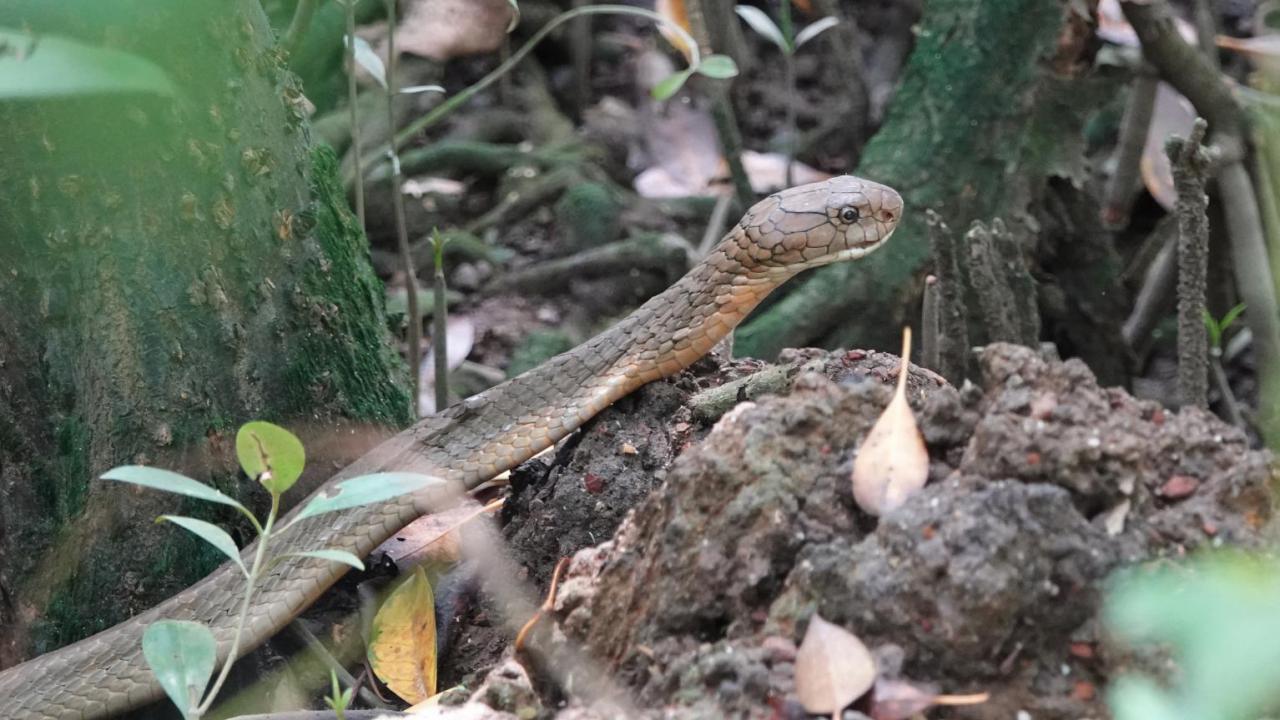 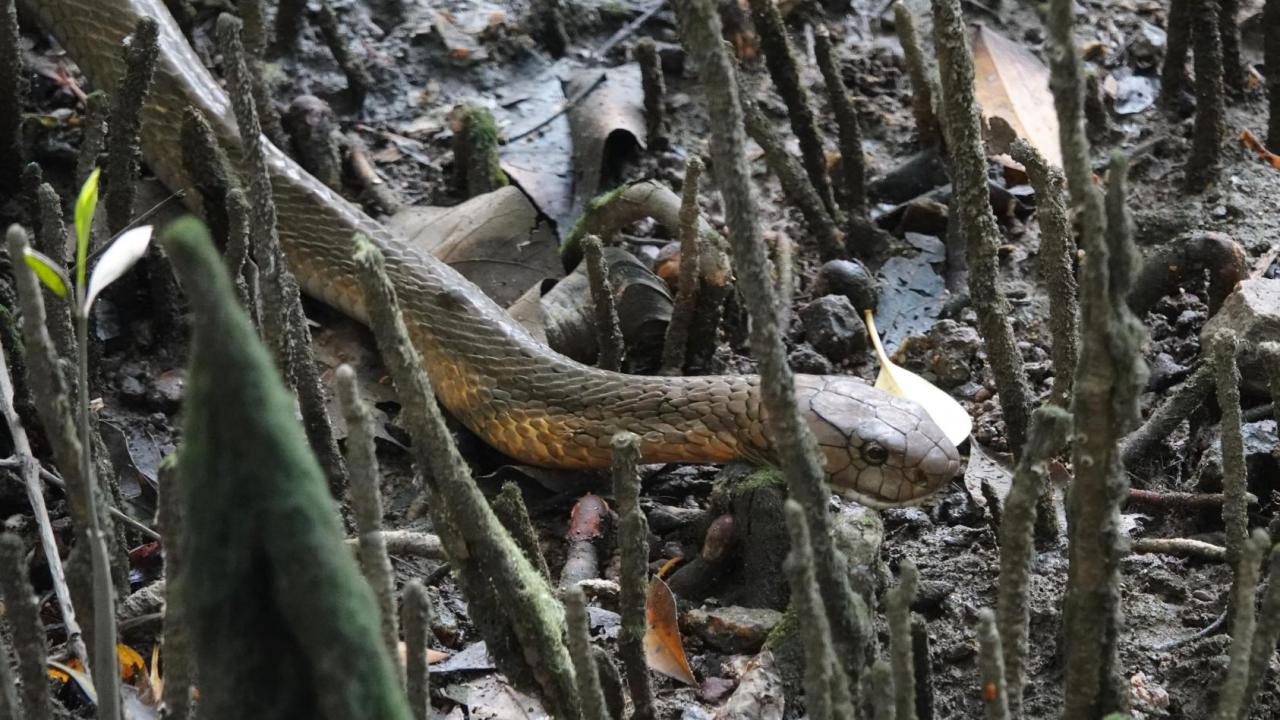 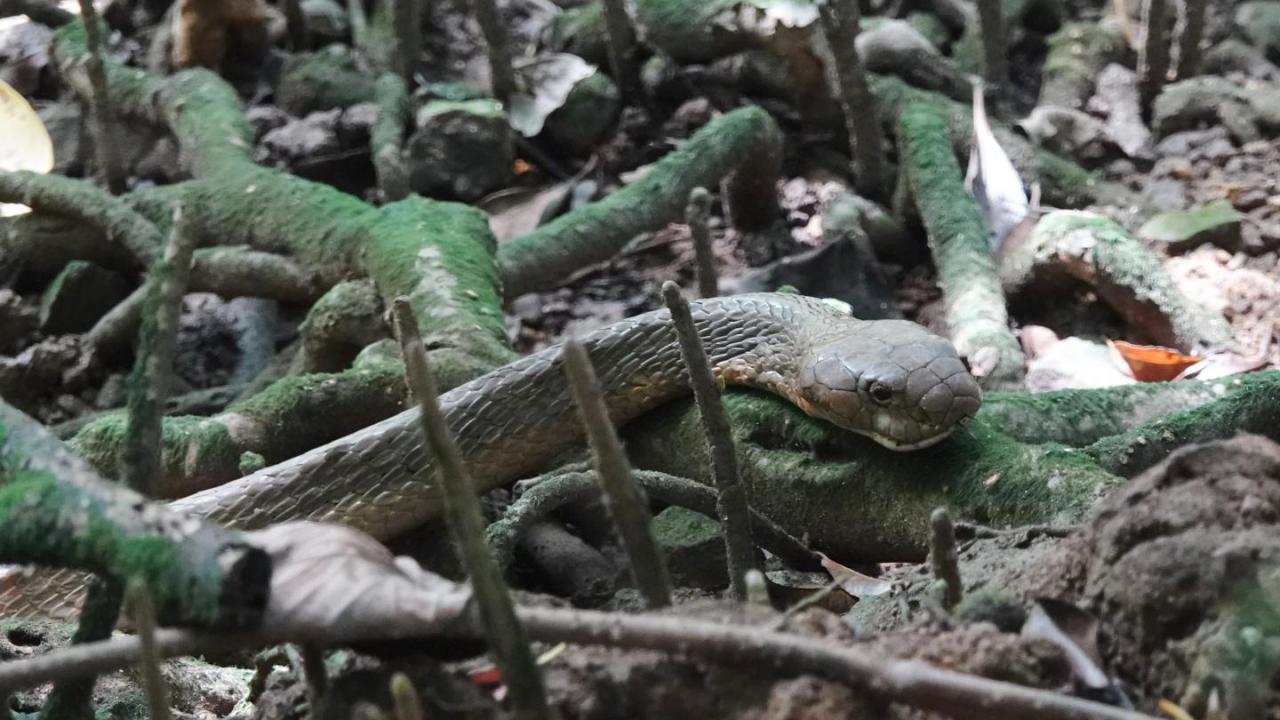 The King Cobra (Ophiophagus hannah) is a impressively venomous snake endemic to Southern and Southeast Asia.
It is called a King Cobra because it kills and eats cobras.
The King Cobra is the world's longest venomous snake, with an average length of 3 - 4 meter, reaching a maximum of 5.5 meter.
Its skin colour varies across the habitats, from black with white stripes to unbroken brownish grey.
Unlike other snakes, it rarely hunts other vertebrates, such as rodents and lizards.
It preys chiefly on other snakes, including its own species.
Despite its aggressive reputation, the King Cobra is actually much more cautious than many smaller snakes.
The King Cobra only attacks people when it is cornered, in self-defense or to protect its eggs.
The King Cobra is diurnal and they prefer streams in dense or open forest, bamboo thickets, adjacent agricultural areas and dense mangrove swamps.
They often stay near streams, where the temperature and humidity are relatively constant.

I was extremely lucky to find this impressive snake (close to 3.5 meter) near the waters edge in the mangroves where it was actively hunting for other snakes by checking the holes and cracks that it came across.