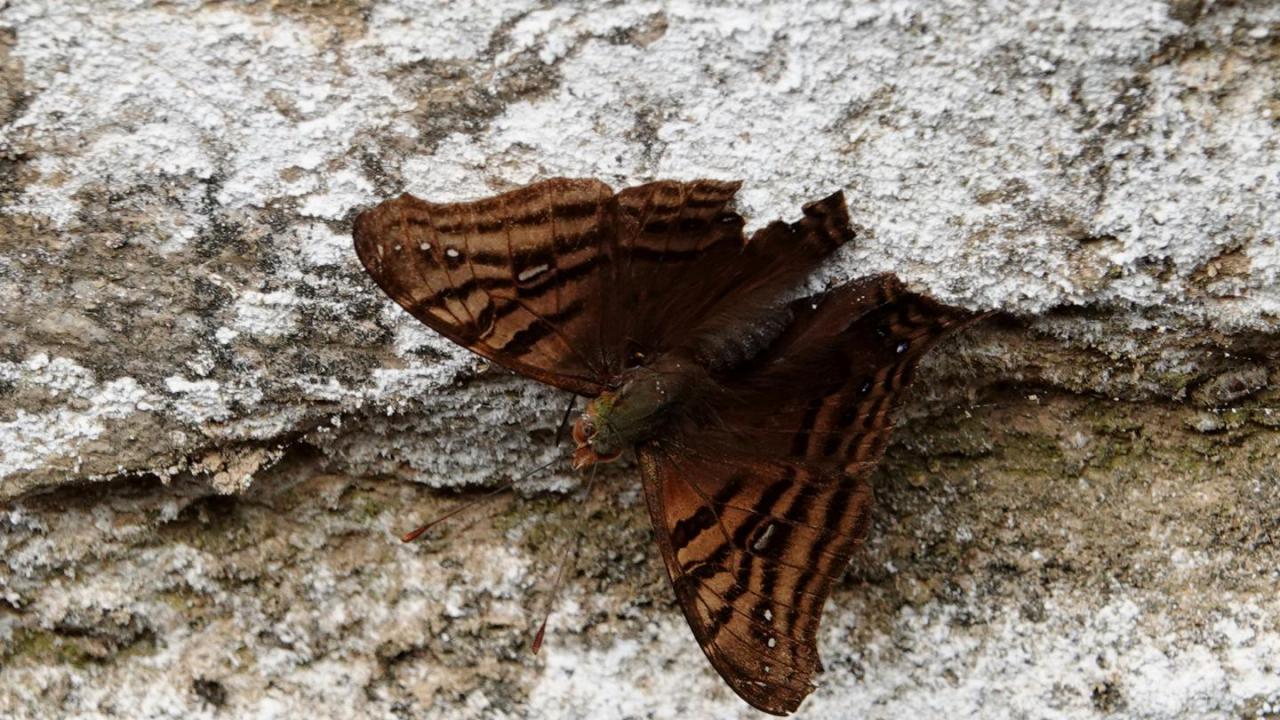 The genus Hypanartia includes 14 species, all of which occur primarily in subtropical regions of the Andes and the Cordilleras of Central America.
Some species, e.g. Hypanartia splendida and Hypanartia dione bear similarities to Marpesia Daggerwings, but can be distinguished from them by the presence of prominent white spots or dashes in the median and apical areas of the forewings, and by the angular apex.
Hypanartia dione is a butterfly of the higher cloudforest regions, found at altitudes between about 1400-2700m.
Hypanartia dione occurs from Guatemala to southern Peru.
Hypanartia dione has three subspecies.
This is Hypanartia dione disjuncta which occurs in Mexico, Guatemala and Honduras.