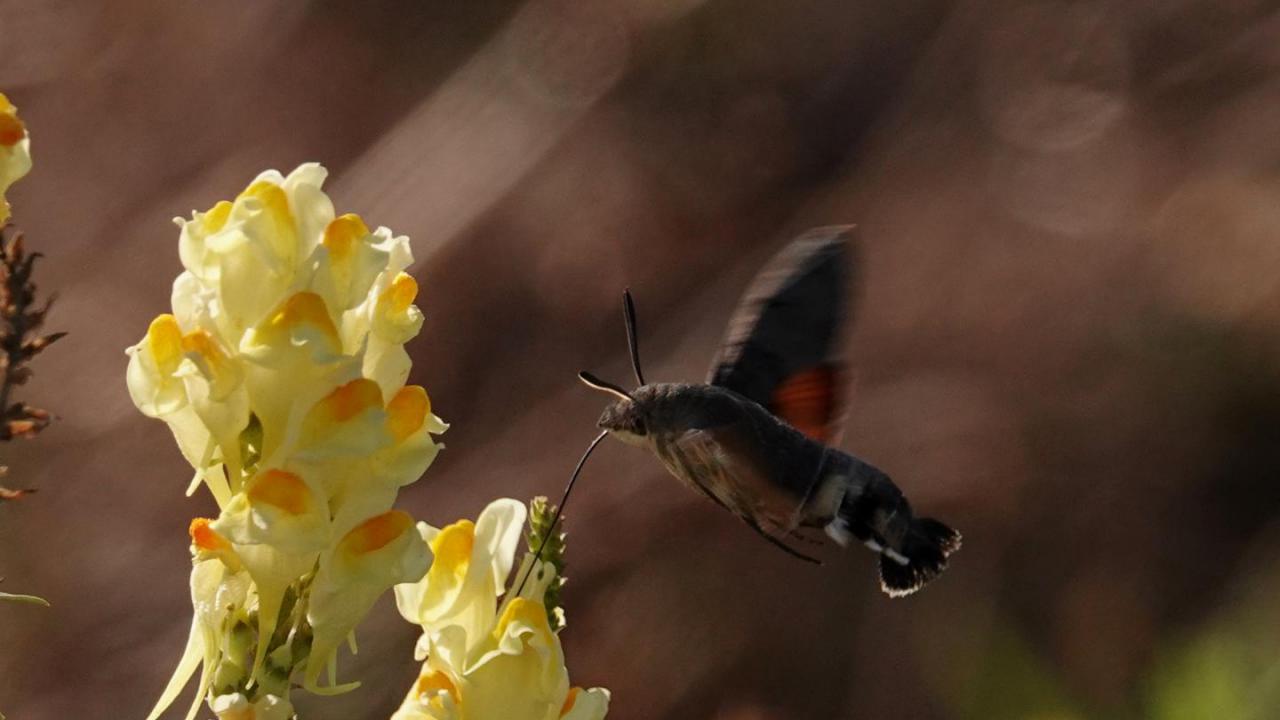 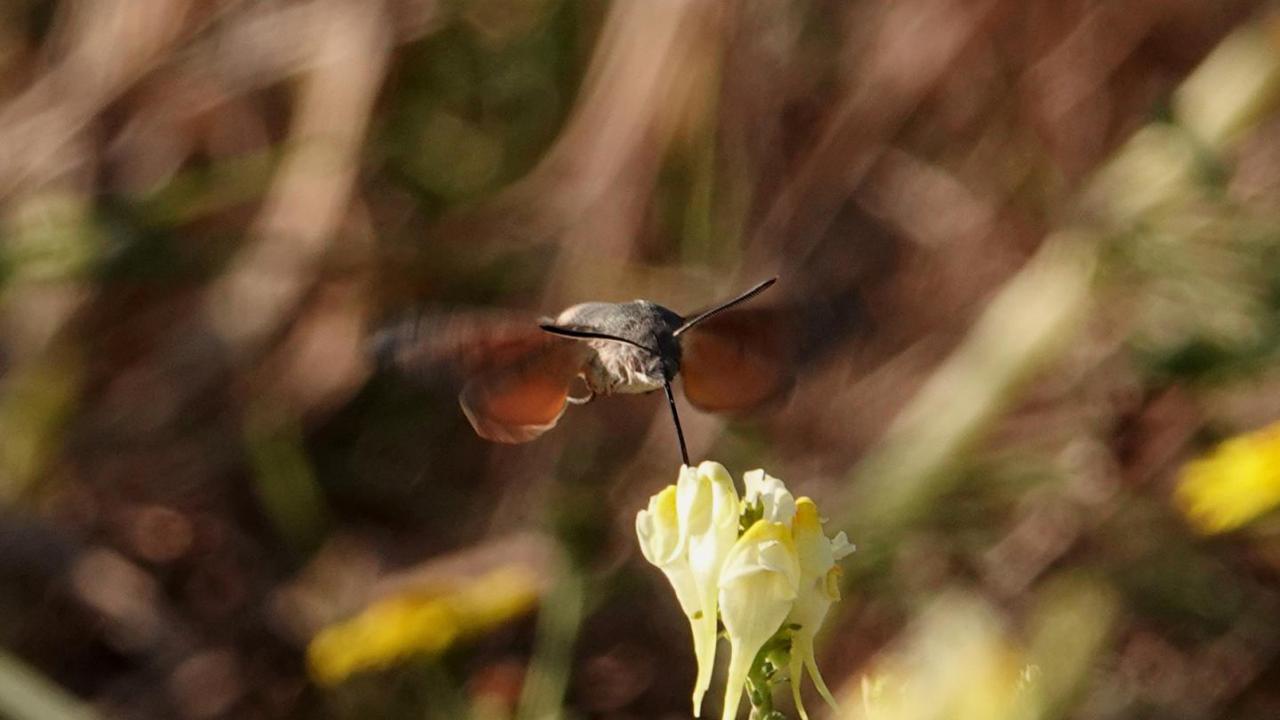 The Hummingbird Hawk-moth has powerful, streamlined wings.
The forewings are grey-brown, the hindwings are orange-yellow.
There are black and white spots on the broad tip of the abdomen.