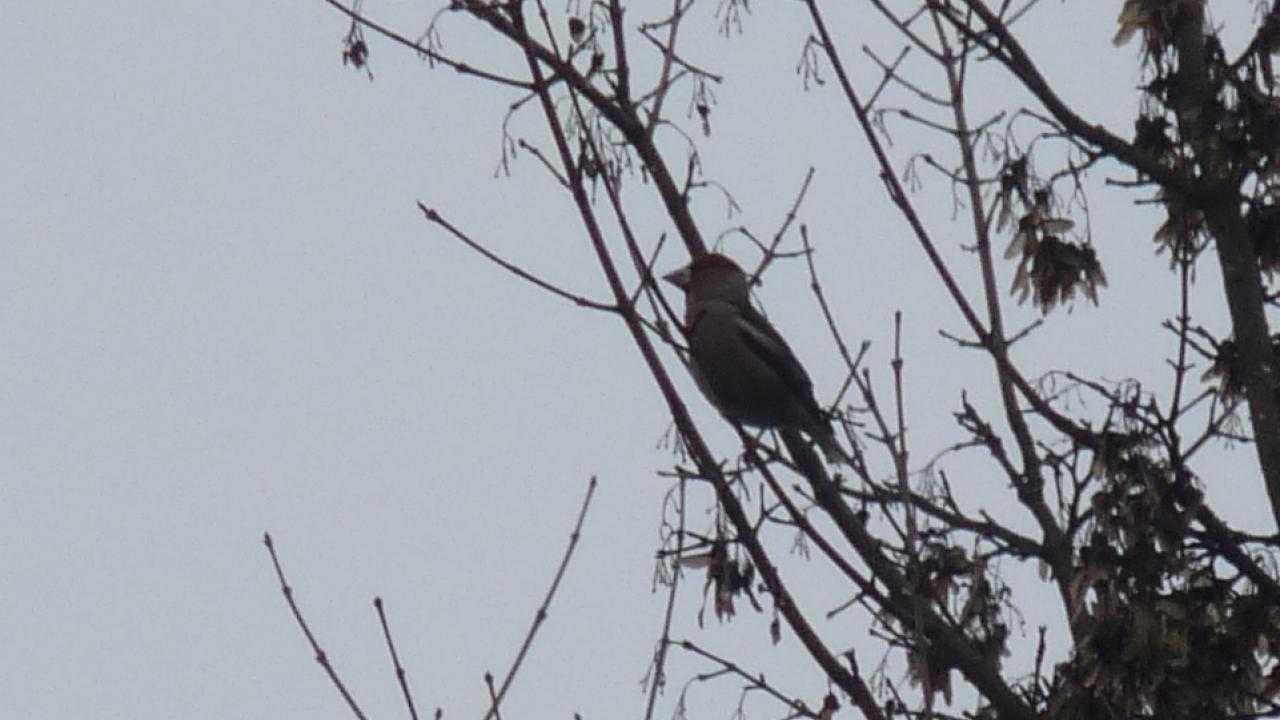 The Hawfinch has a distinctive heavy silhouette with a huge, powerful bill and bulky head.
Their huge bill varies in colour, typically black in summer but paler blue/brown in winter.
It appears very short-tailed in flight, yet its white wing bars and tail tip are striking in flight.
Male and female Hawfinches look similar but the plumage of the female is slightly paler than that of the male.
The Hawfinch breeds across Europe and temperate Asia.

Quite a distant photo, but the huge beak is obvious.