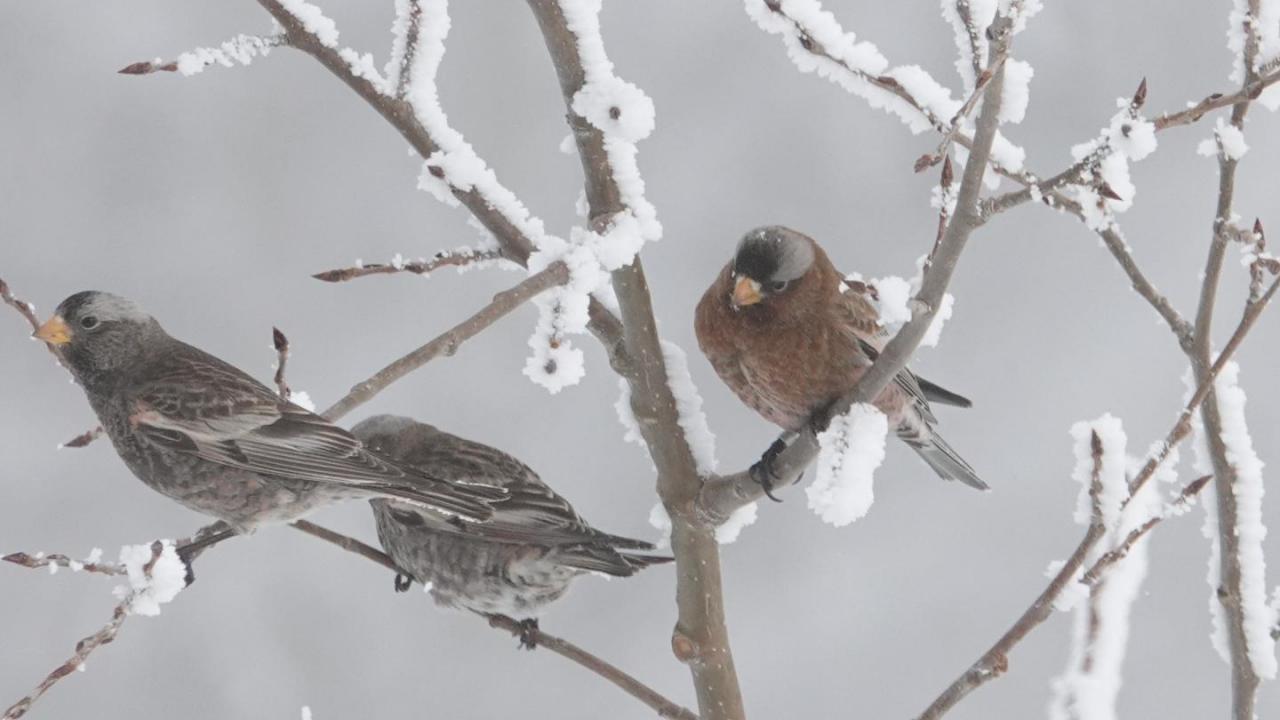 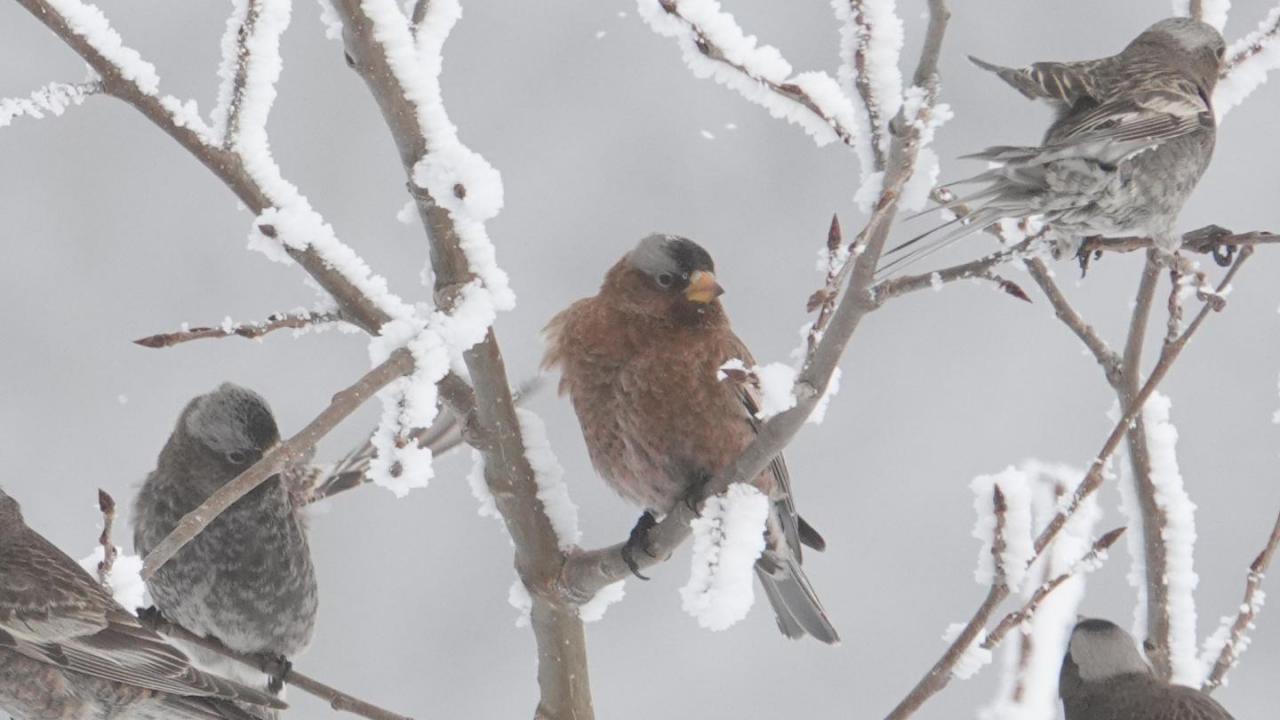 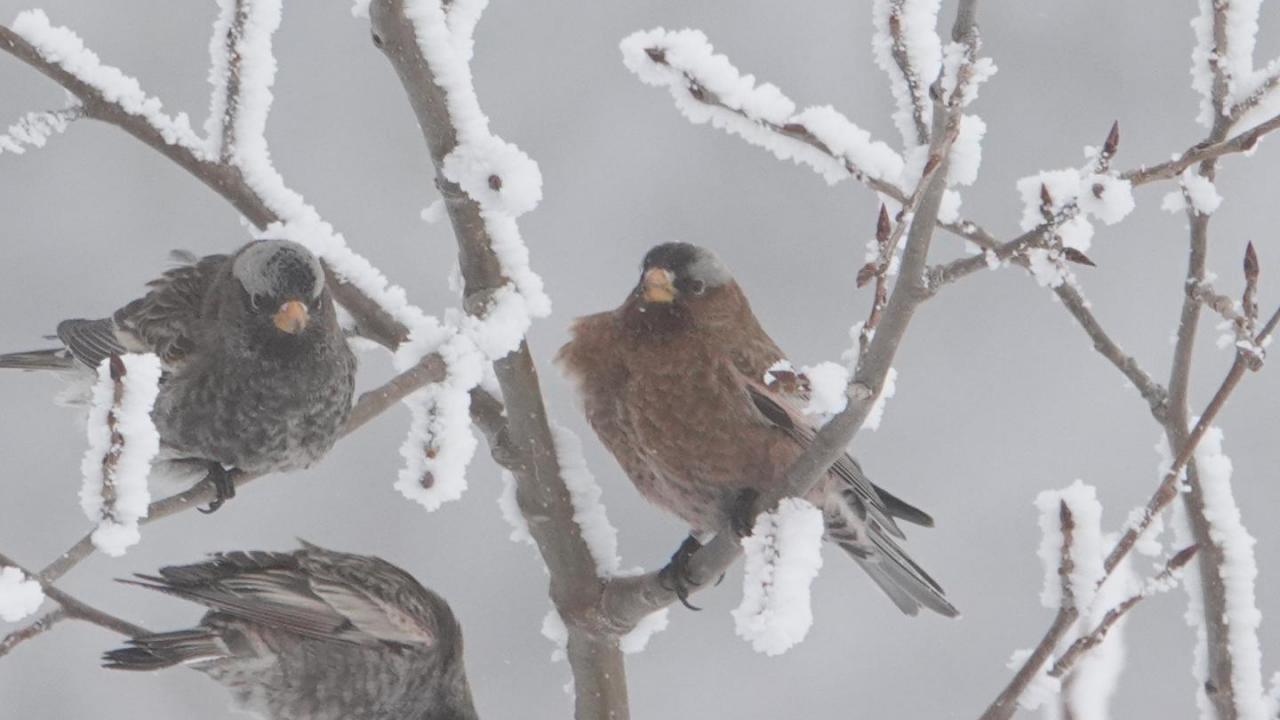 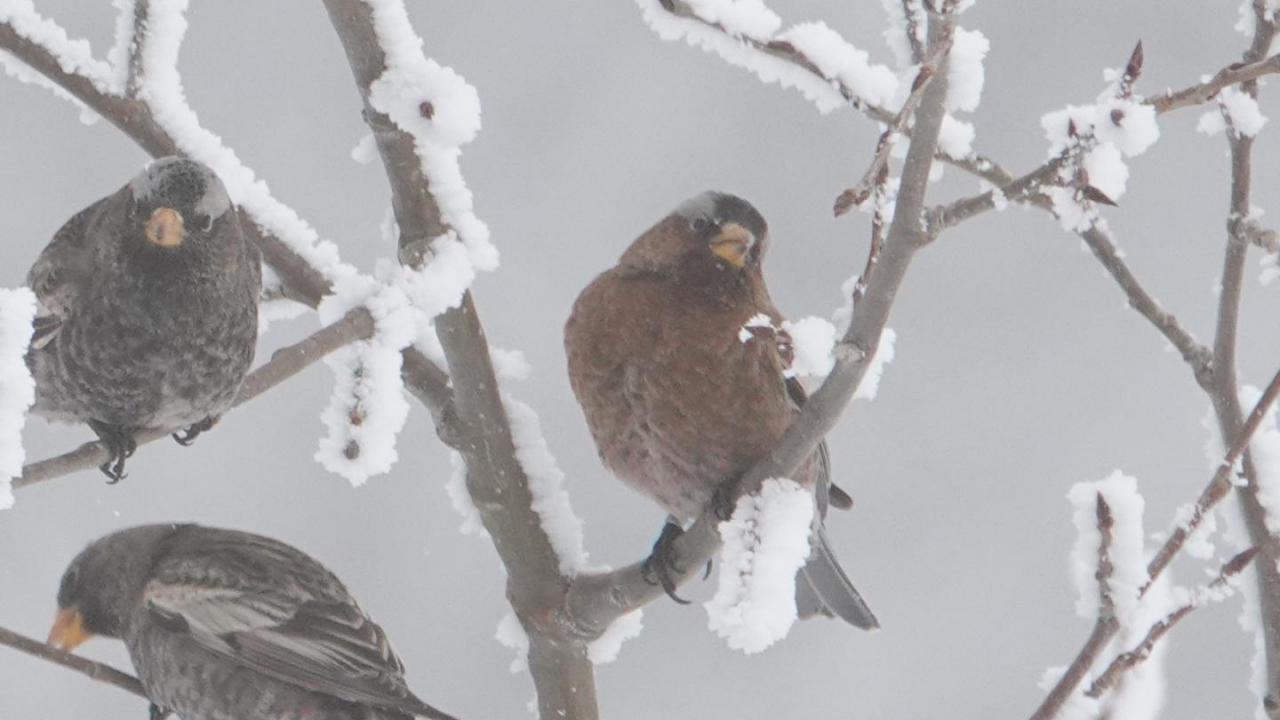 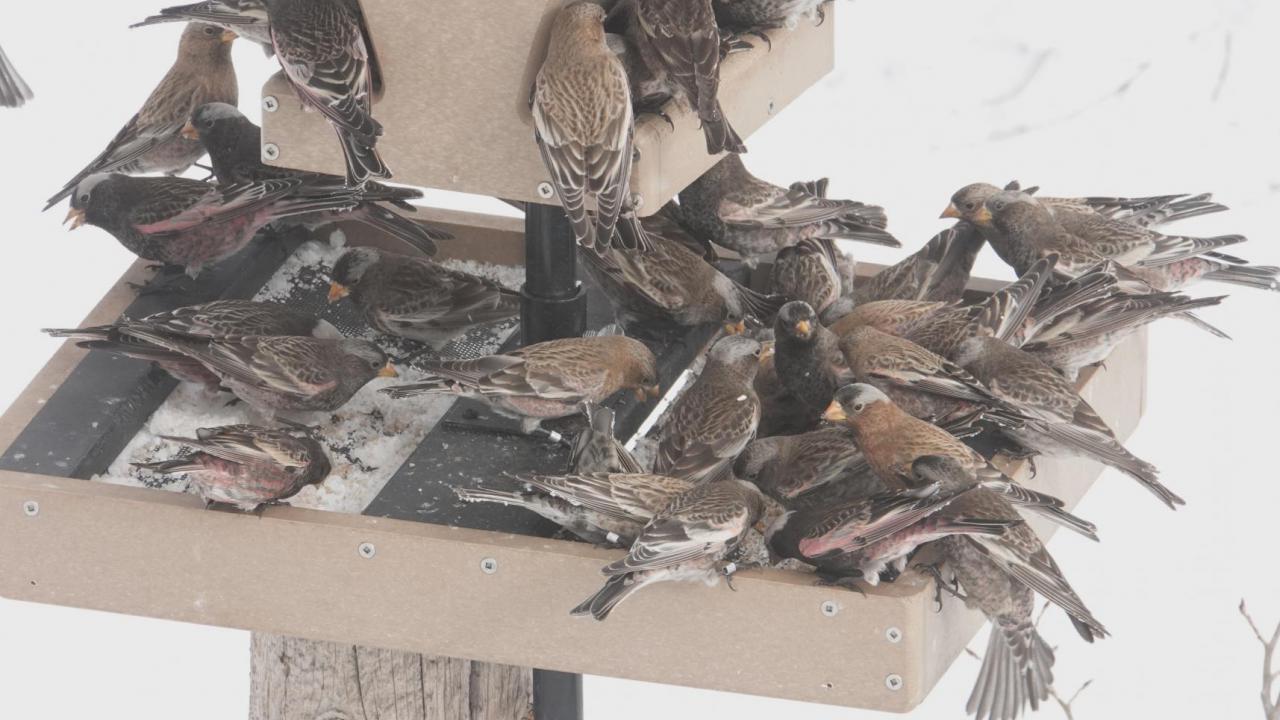 There are three species of Rosy-Finch in North America which range from northern New Mexico to Alaska: the Black, Grey-crowned, and Brown-capped Rosy-Finch.
In summer, these high-altitude specialists stay above the treeline in family groups, gleaning insects from snowfields and seeds from alpine plants.
But when temperatures drop, the birds also drop to lower elevations.
Brown-capped Rosy-Finches, the rarest of the three species, occur only in Colorado, northern New Mexico and southern Wyoming.
Rosy-Finches thrive only at high elevations and they often congregate in large mixed species flocks.
The Grey-crowned Rosy-Finch may be the highest-altitude breeding bird in North America.
Birders come from all over the world to see them in winter at Sandia Crest near Albuquerque, one of the most reliable places to see all three Rosy-Finches.
Local birders started in 2003 the so called Rosy-Finch Project to study these birds and support their conservation.
Among other things, they keep feeders filled in winter.

In the company of Black Rosy-Finches.
The last photo shows all three species together.