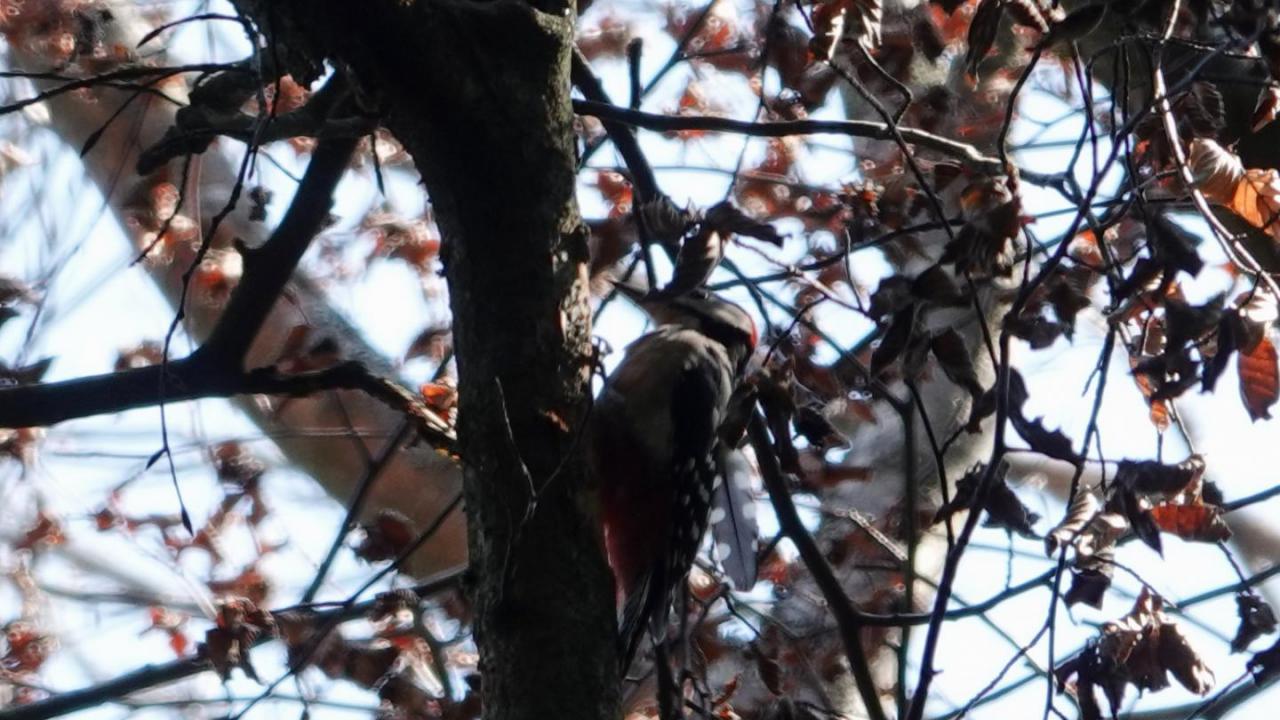 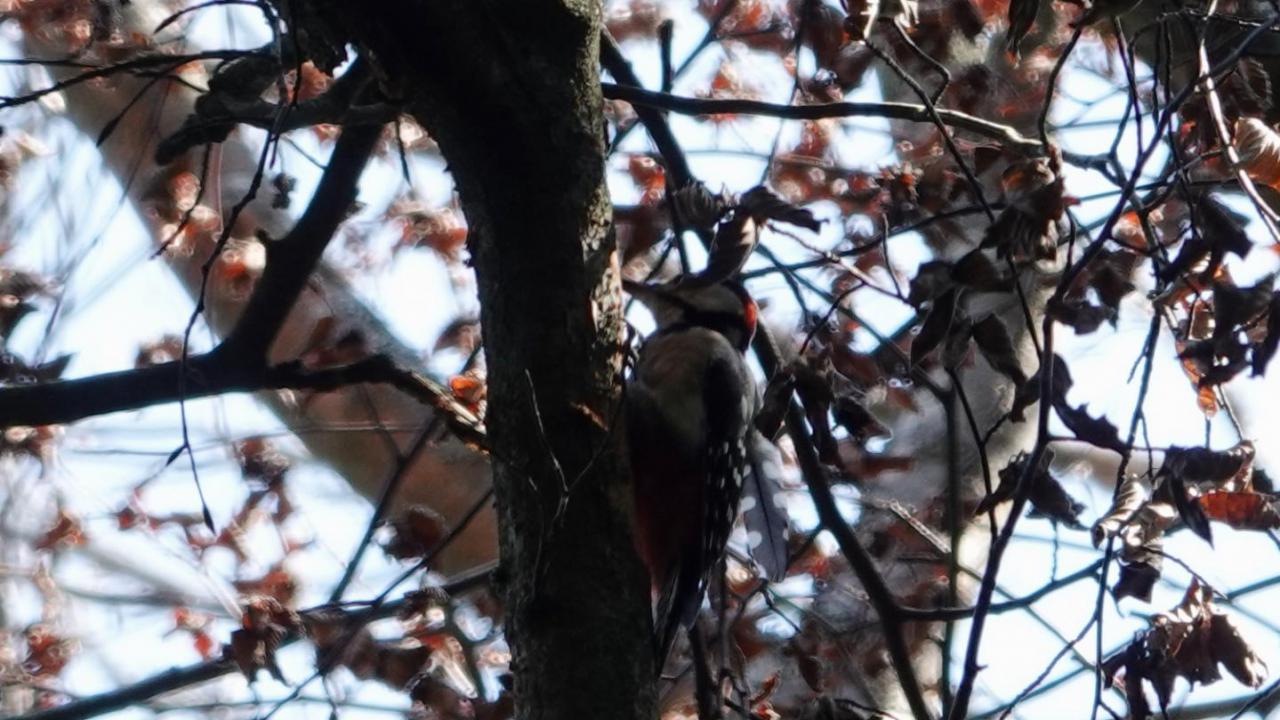 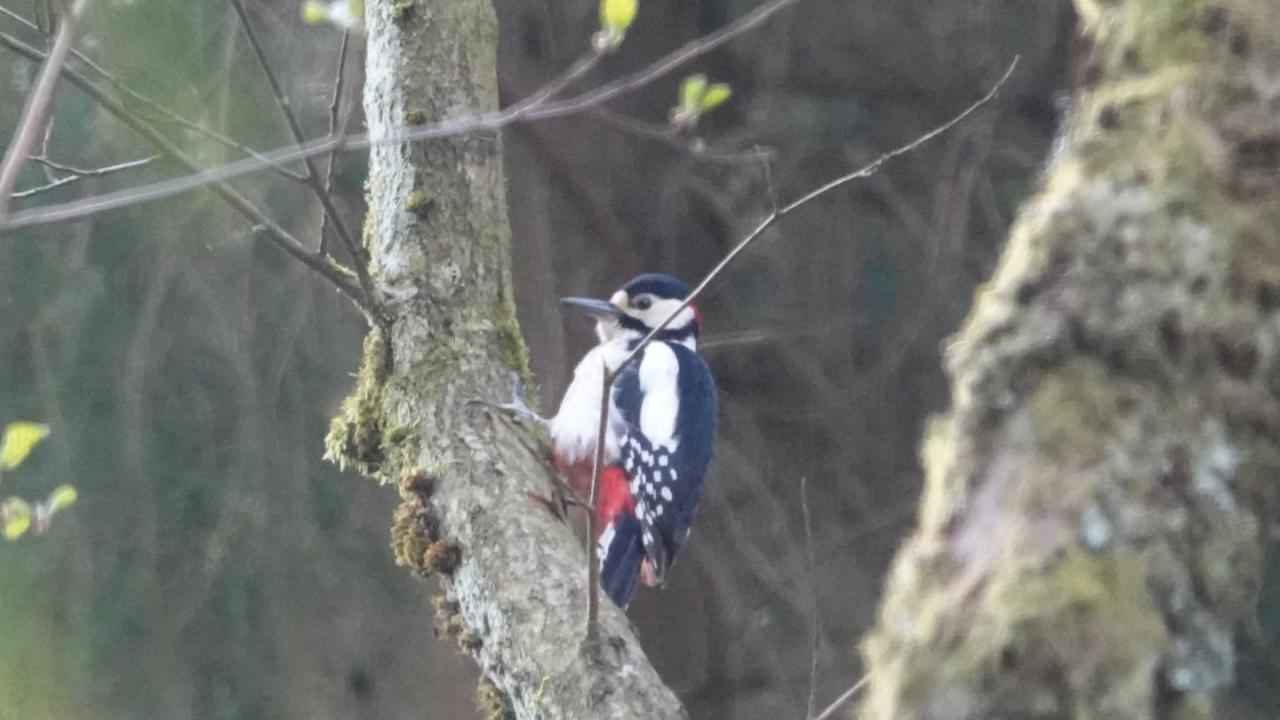 The Great Spotted Woodpecker is the most common and widespread woodpeckers in Europe.
It has black and white plumage, a prominent oval-shaped white patch on each wing and a red underbelly (trousers).
Males have a red patch on the rear of the head which females don't have.
Juveniles can be identified by their red crown which they loose after their first mould (August - September).