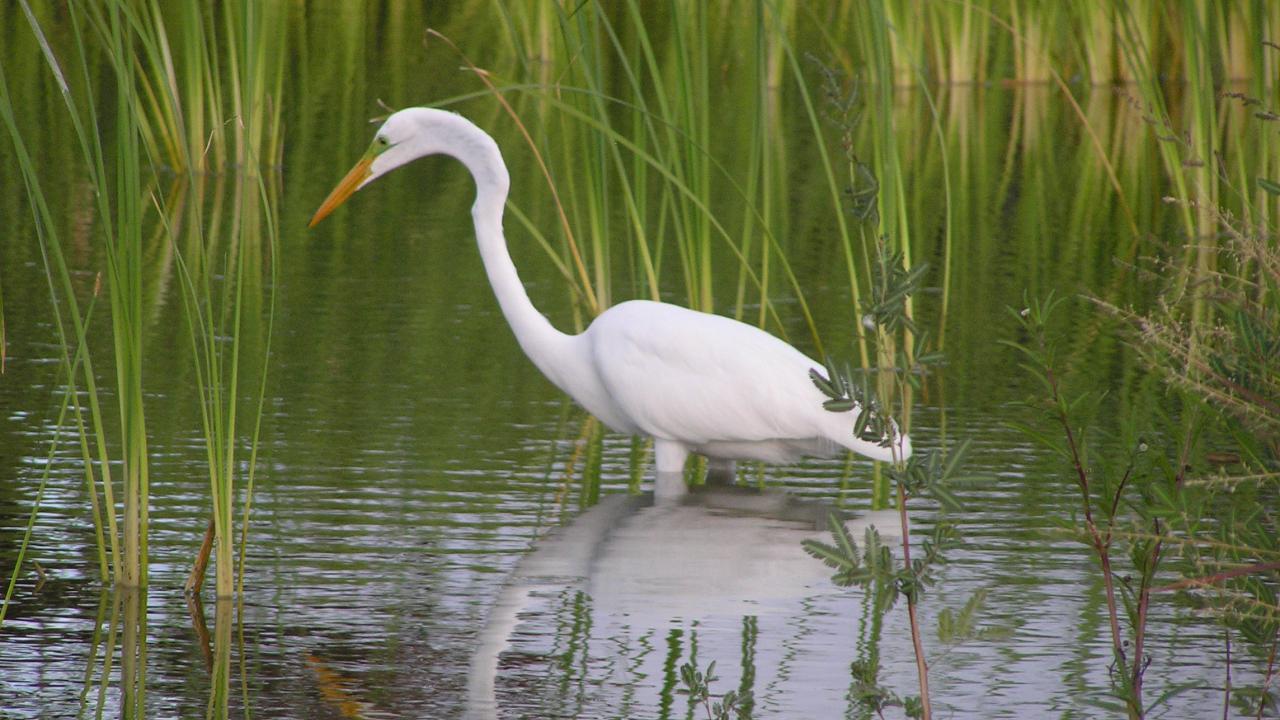 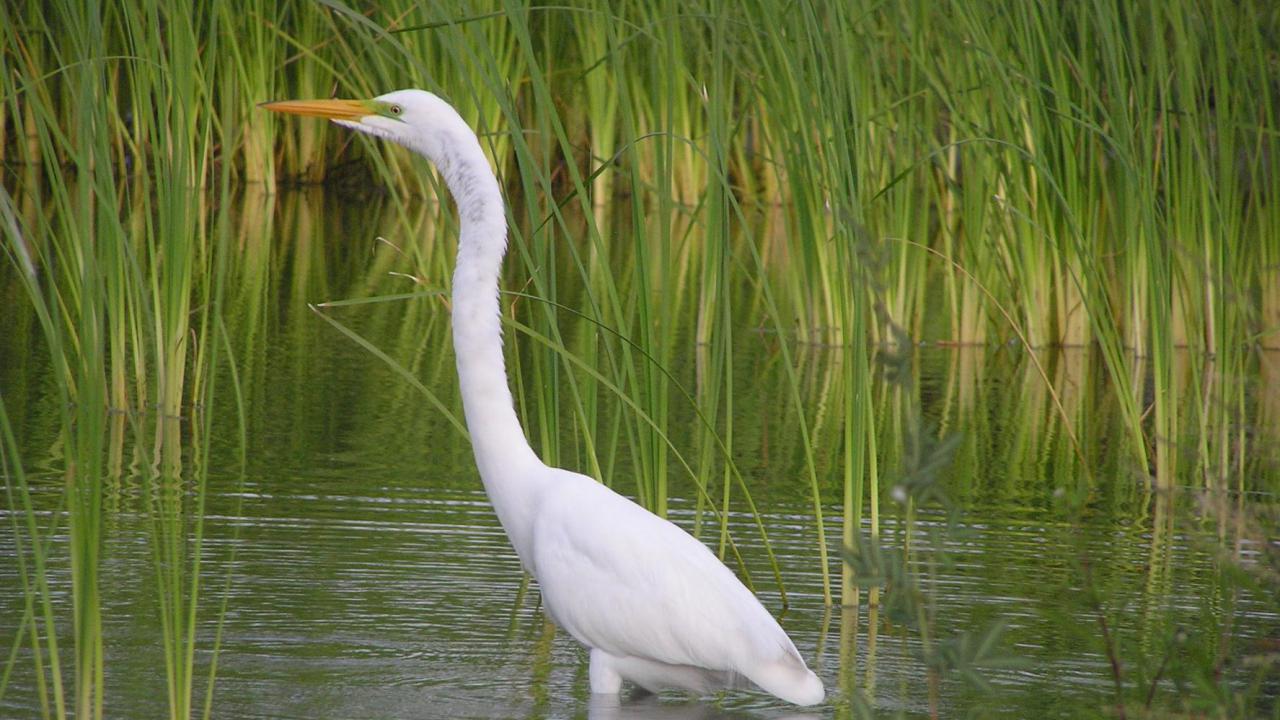 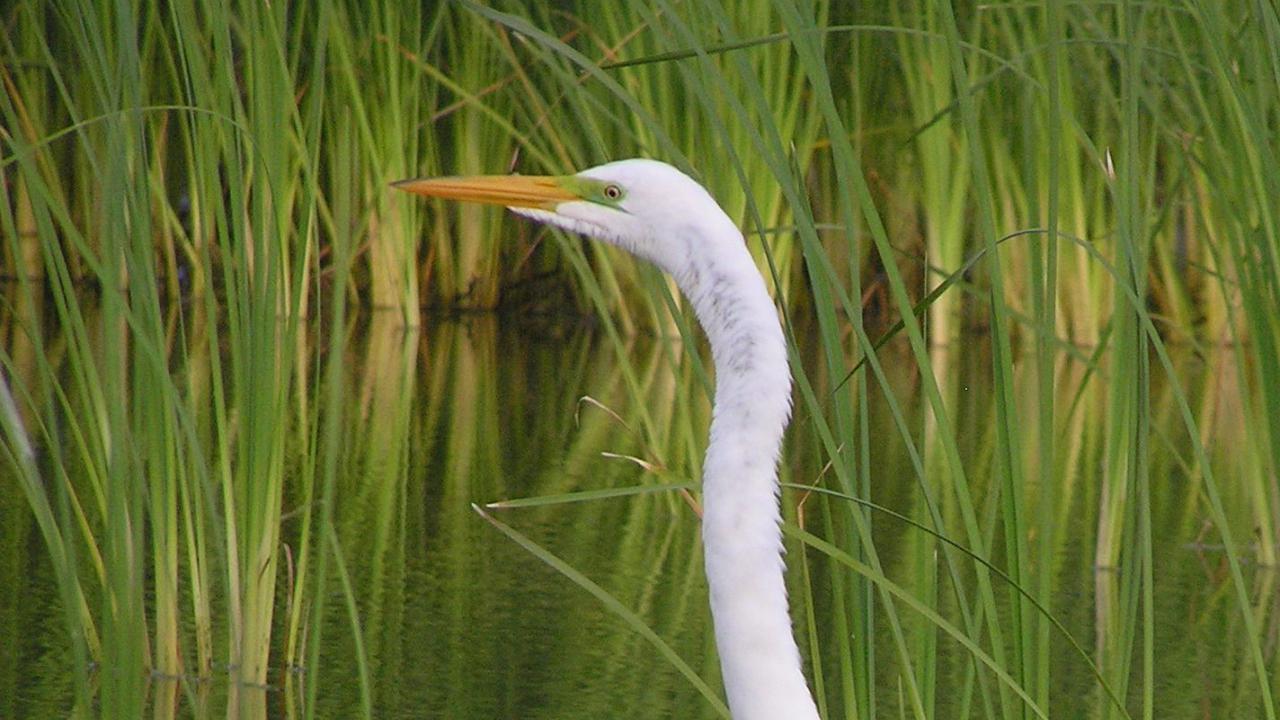 The Great Egret is the most widespread heron species.
It occurs on all continents, except Antarctica.

The Great Egret can be distinguished from other white egrets by its yellow bill and black legs and feet, though for a short period during the breeding season, the legs turn red, the bill turns black and the lores (featherless skin between the bill and the eyes) may turn a vibrant green.
Males and females are identical in appearance; juveniles look like non-breeding adults.