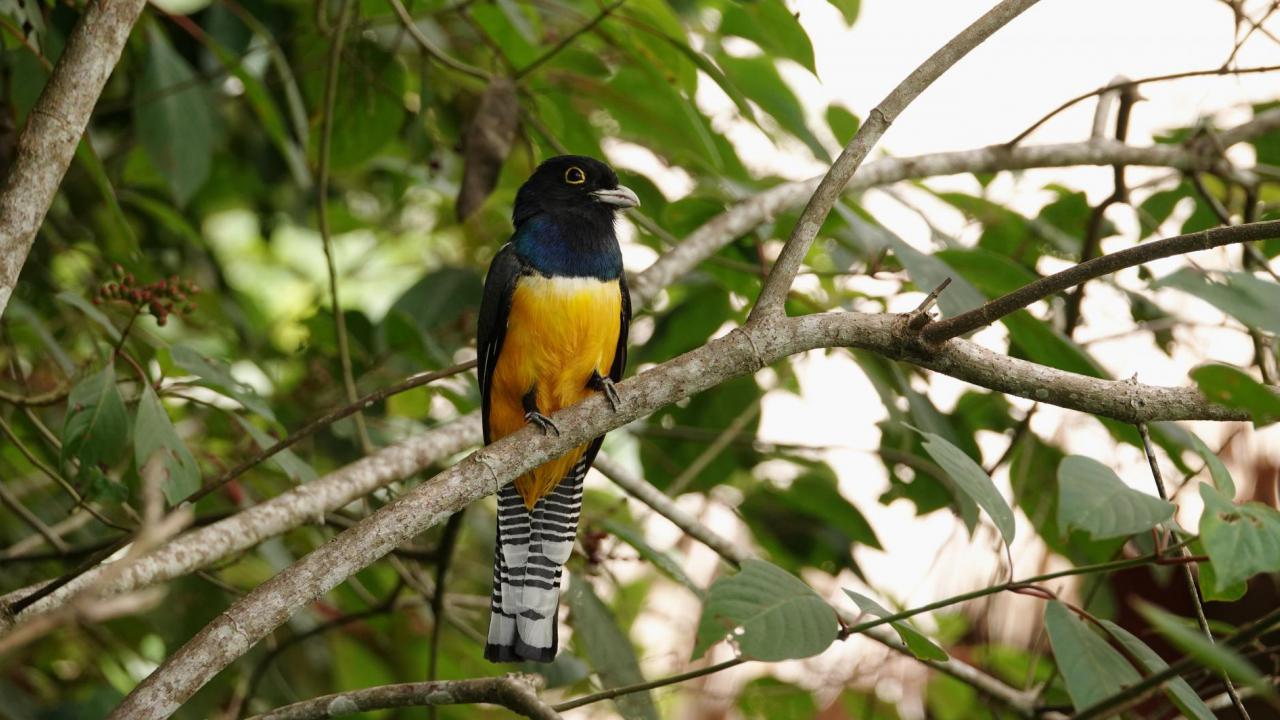 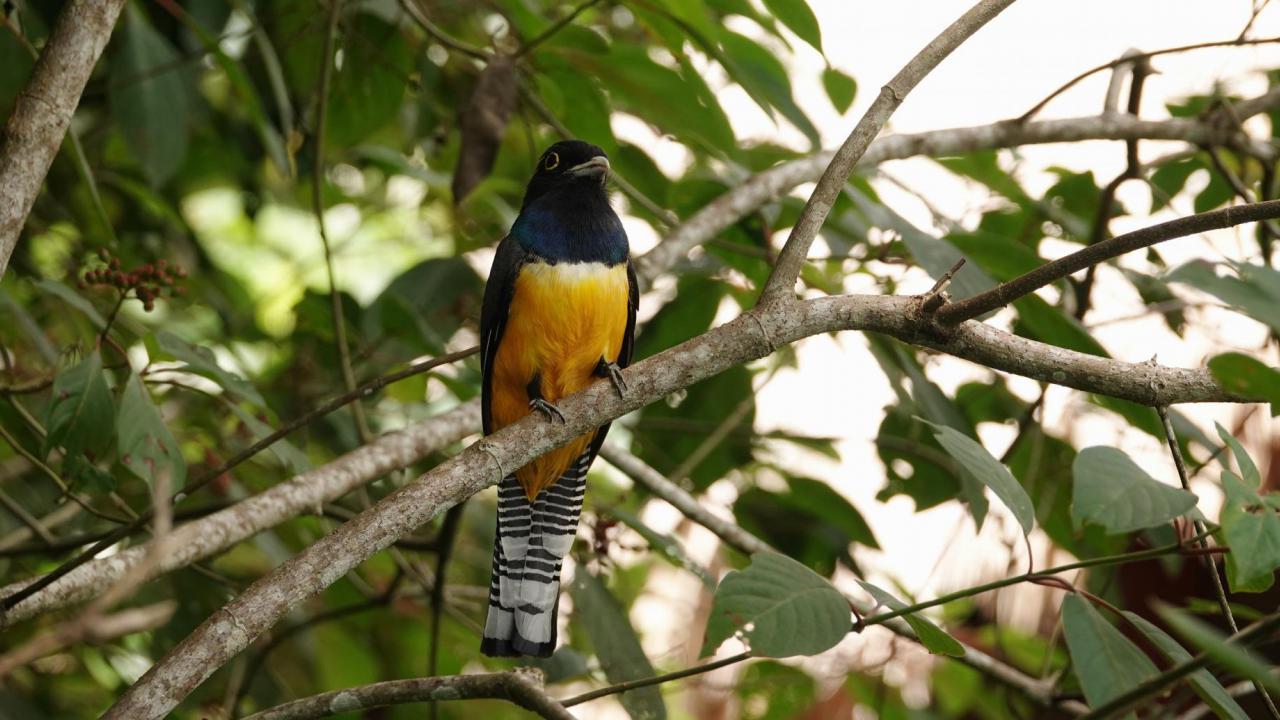 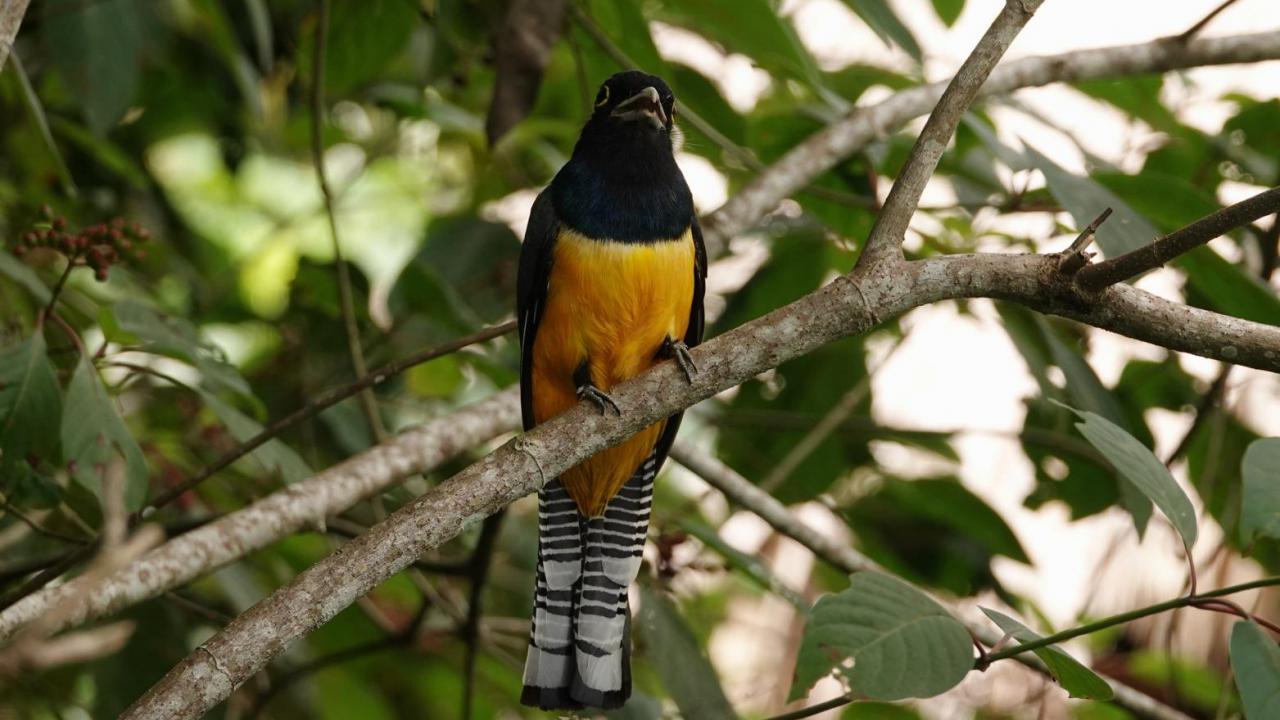 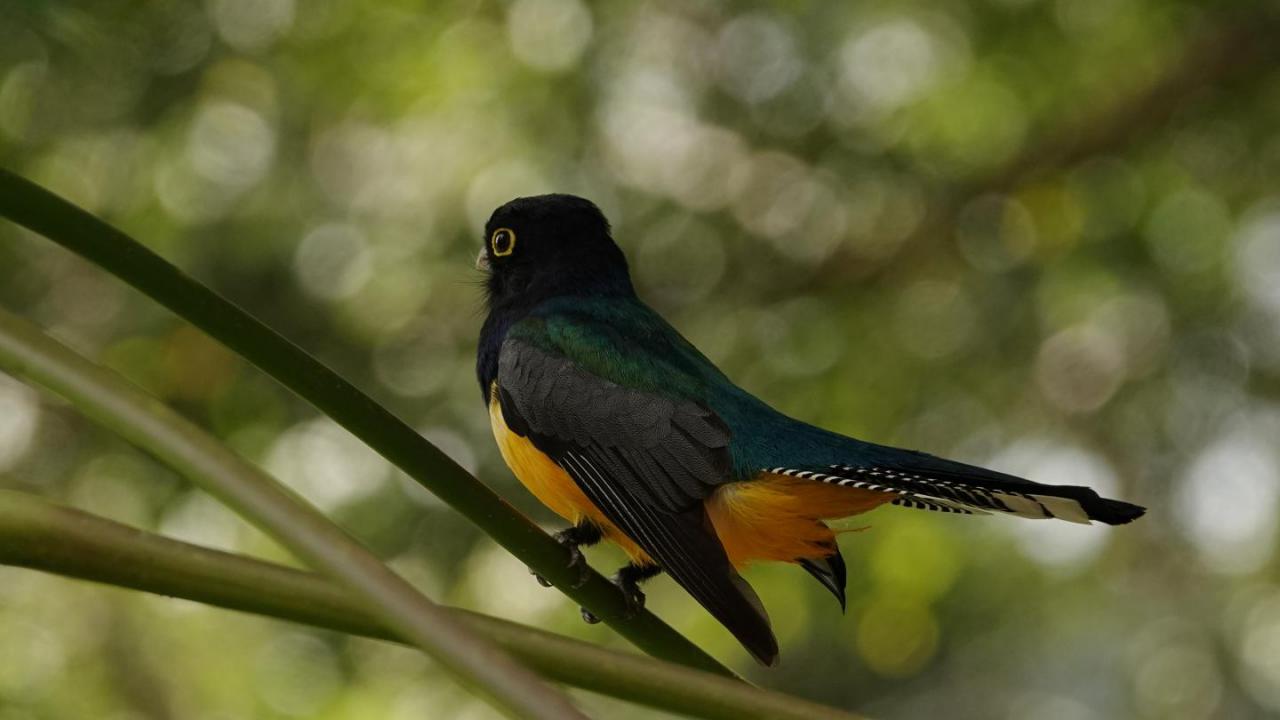 The nominate Violaceous Trogon has been renamed Guianan Trogon.
Gartered Trogon is the most Northern species and is distributed from central Mexico throughout Central America, Colombia, western Ecuador, northwestern Peru and the Maracaibo basin in Venezuela.
Guinean Trogon occurs in Venezuela, the Guianas, northern Brazil to the island of Trinidad.
Amazonian Trogon occurs in humid forests in the Amazon of South America.