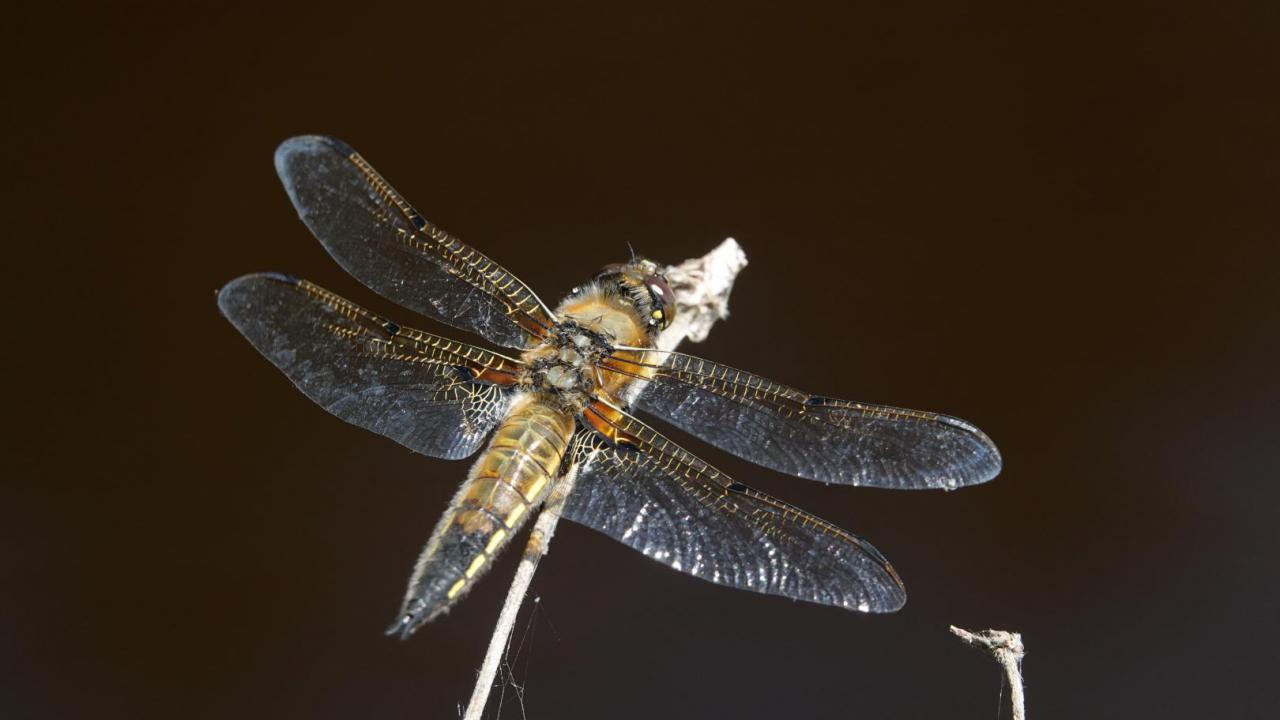 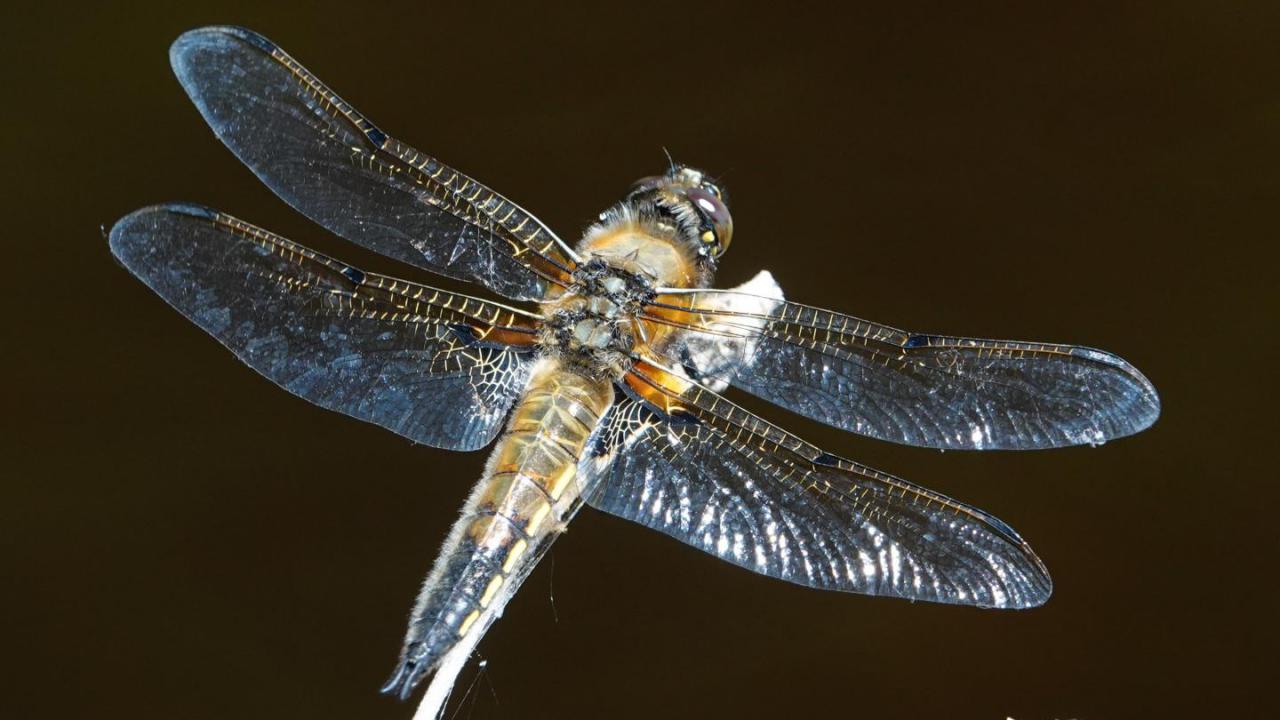 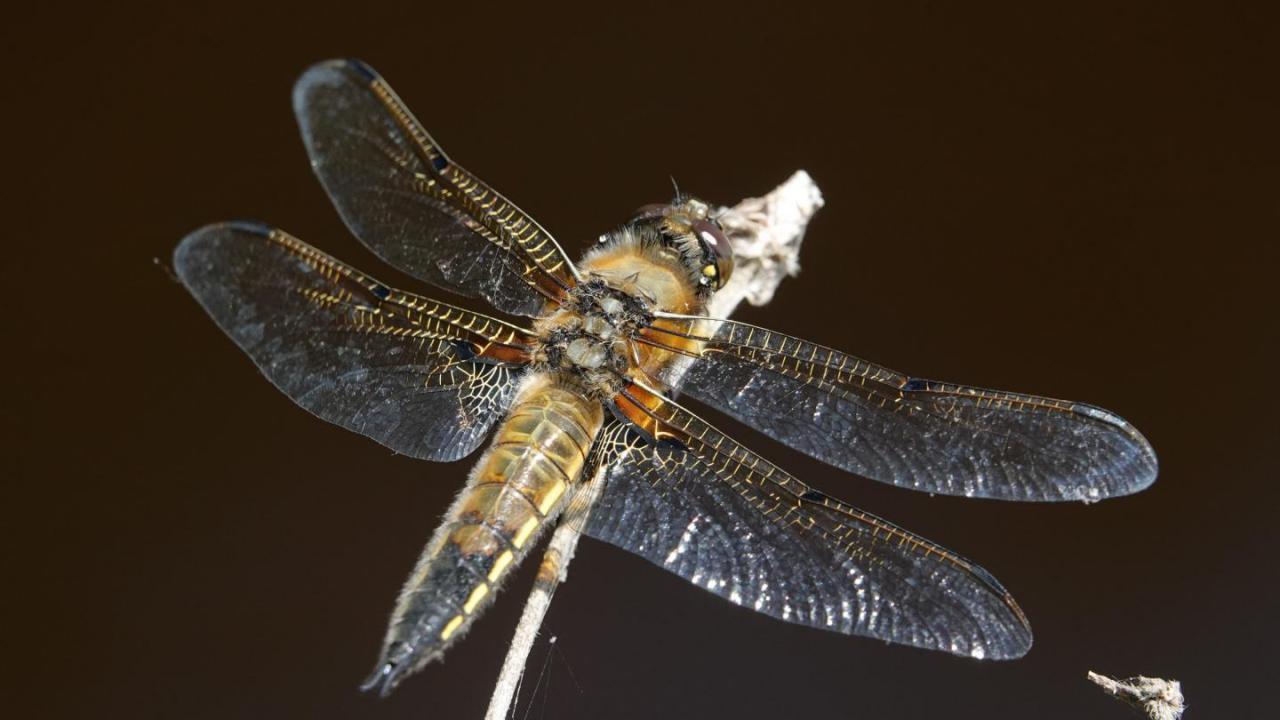 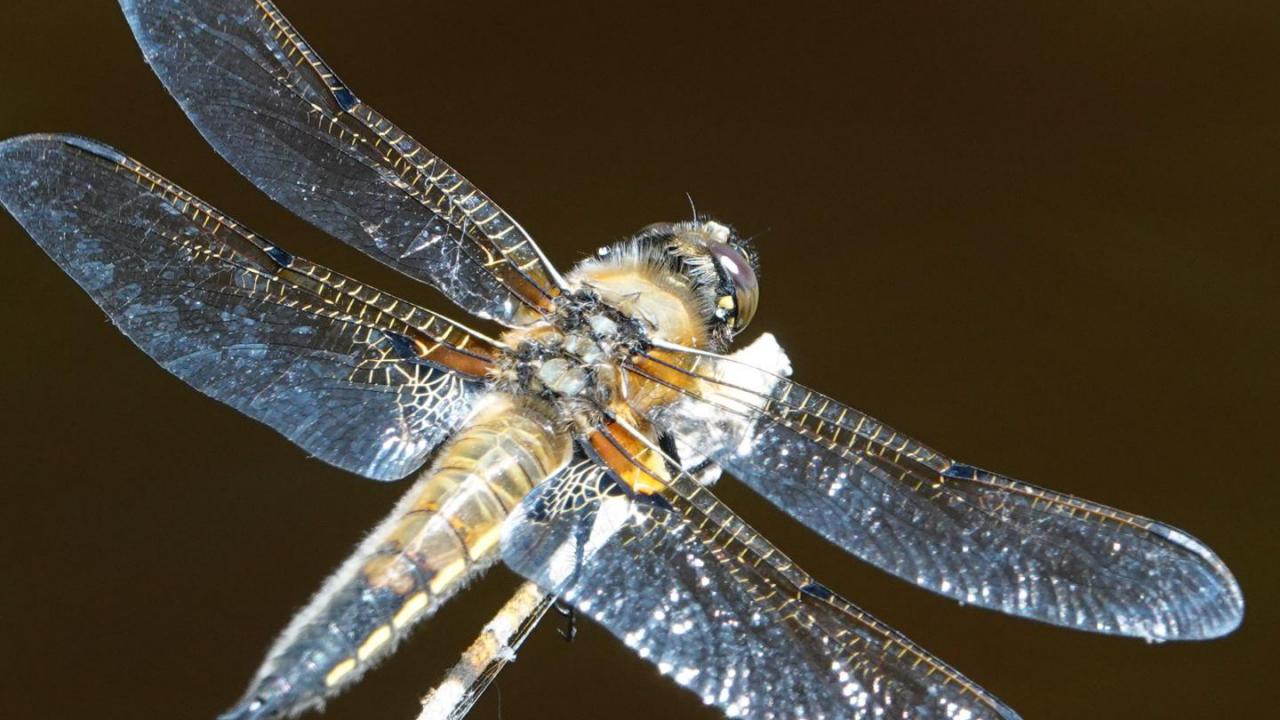 The brown colour and the four spots on the wings of the Four-spotted Chaser make them unmistakable.
The male is considered to be highly aggressive and will defend a given territory from incursions from other males of the species.
The male is known to form preferences for prominent perches and will often return to the same perches around the margins of pools and ponds whilst it patrols for intruders.