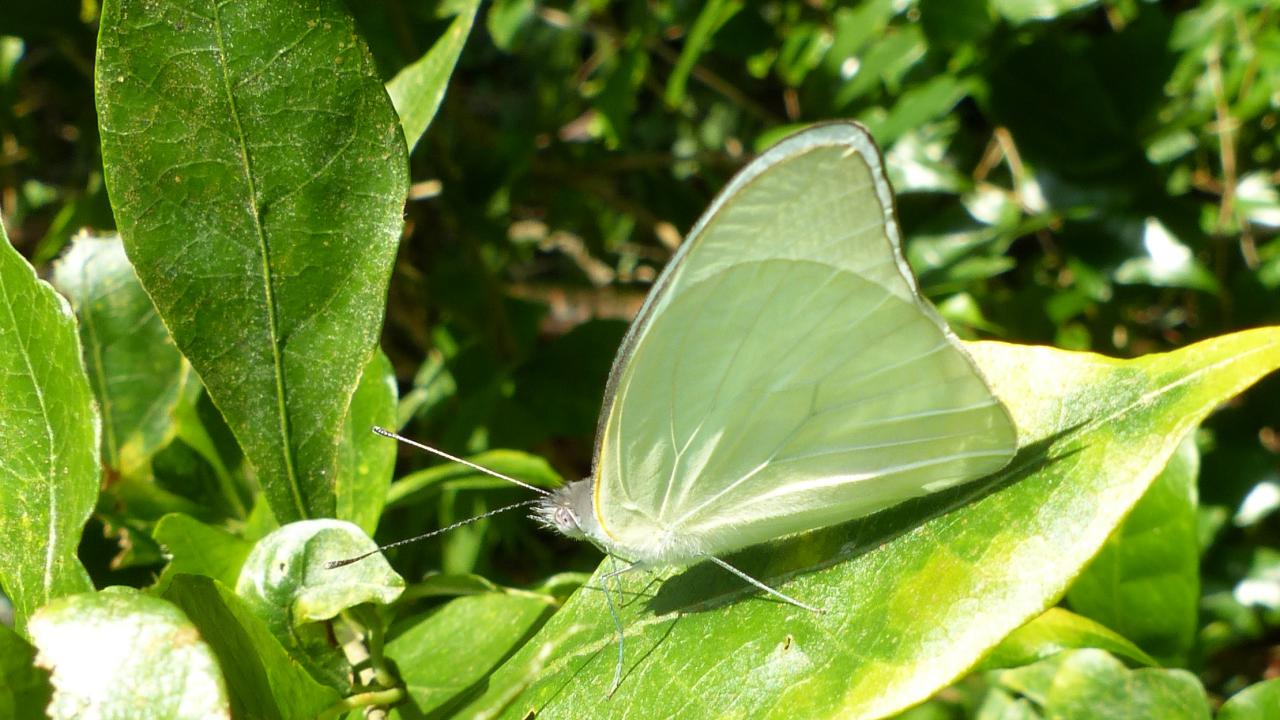 Florida Whites have a wingspan of 53–77 mm.
Males are solid white on both the upper and lower surfaces of the wings except for a narrow edging of black along the forewing costal margin.
The female has two forms: the dry-season form is all white (October-April) and the wet-season form has black along the forewing costal margin and a yellow-orange upper hindwing (May-September).
The Cuban White (Ganyra menciae) looks similar but the underside of the hindwing and forewing tip of that butterfly has a distinctive cream colouring.