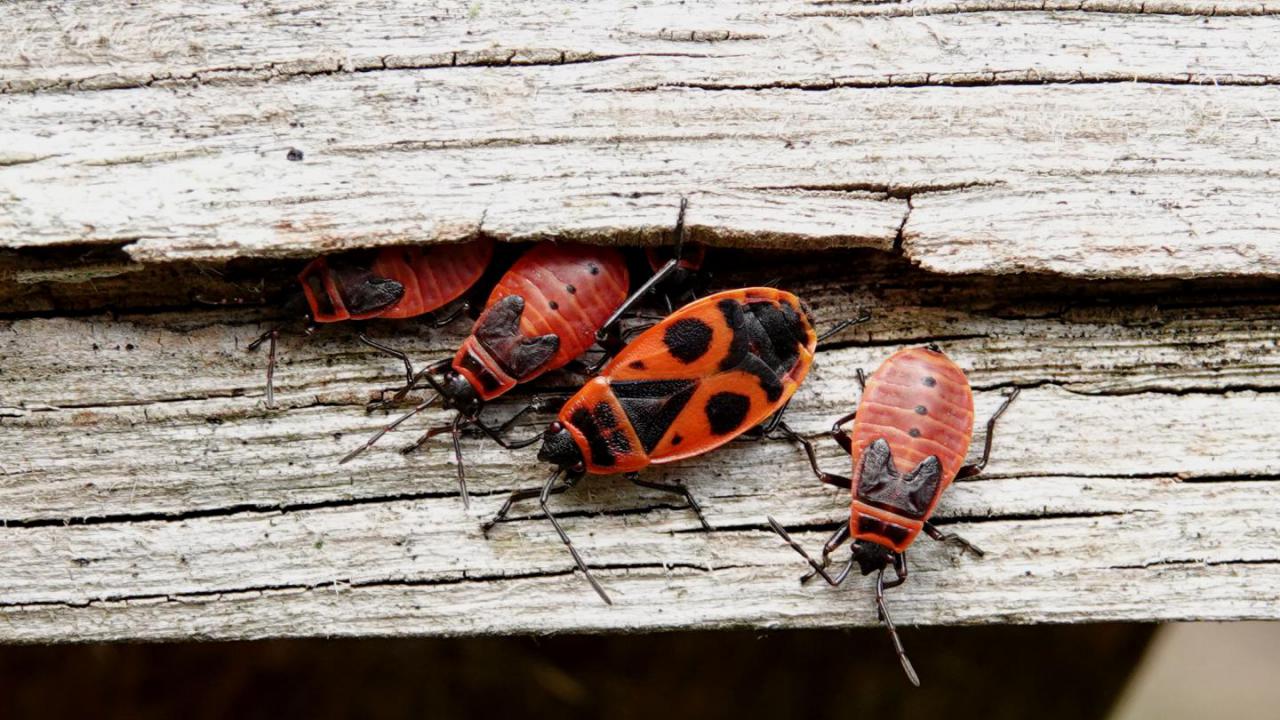 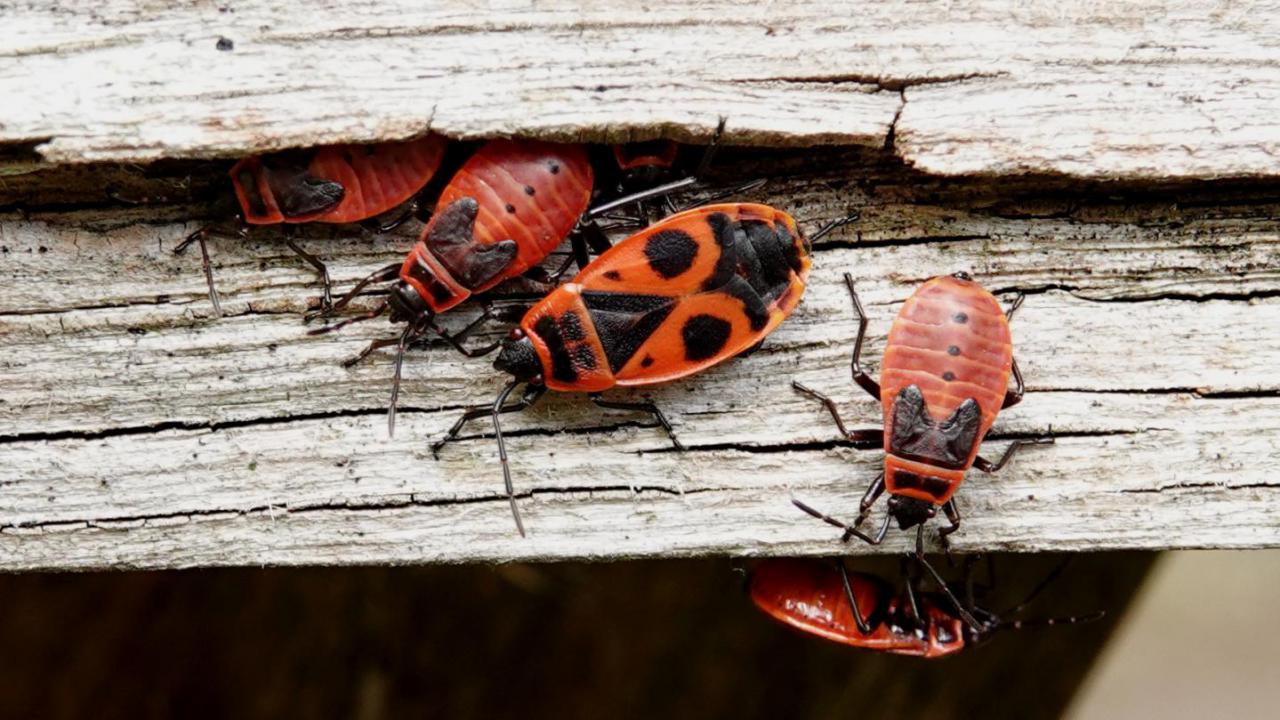 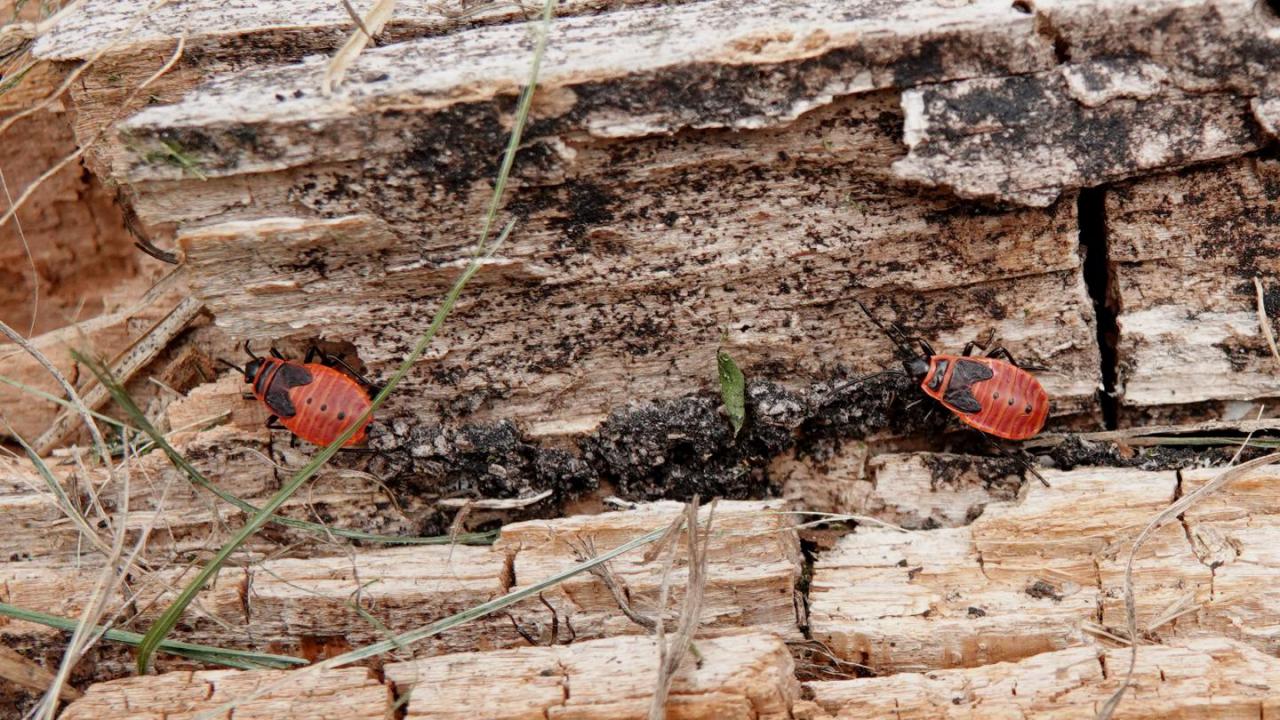 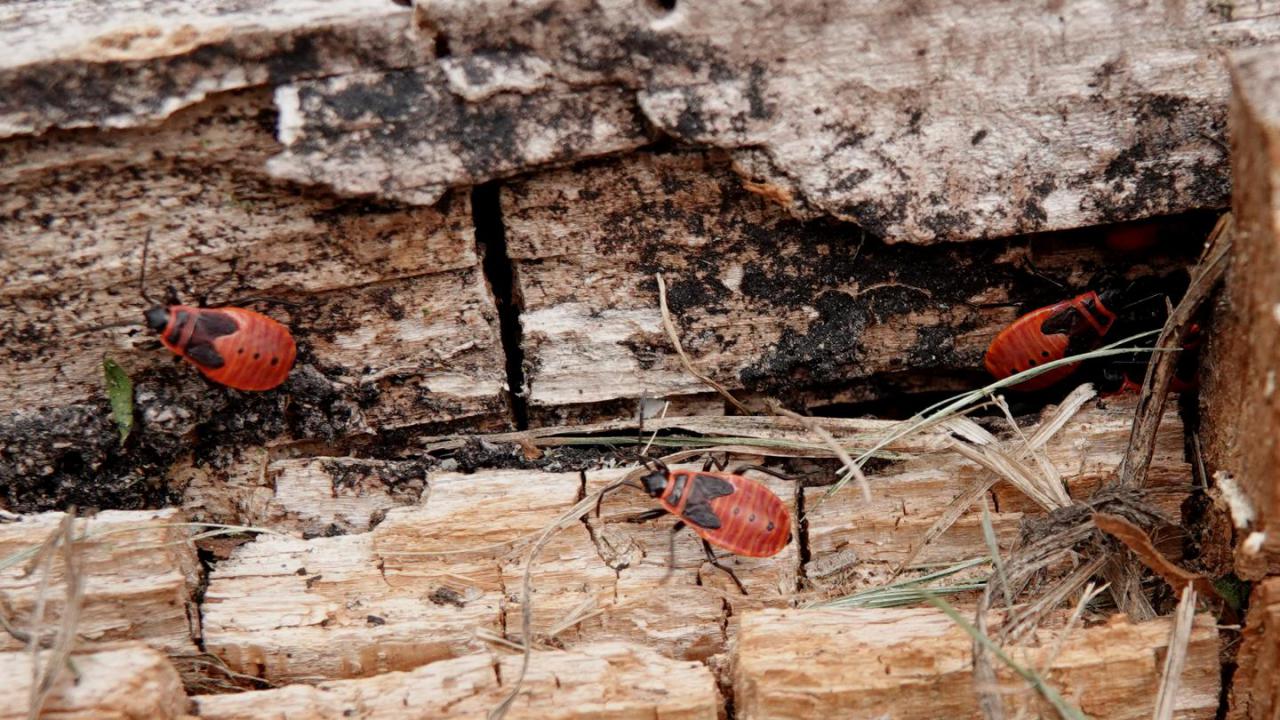 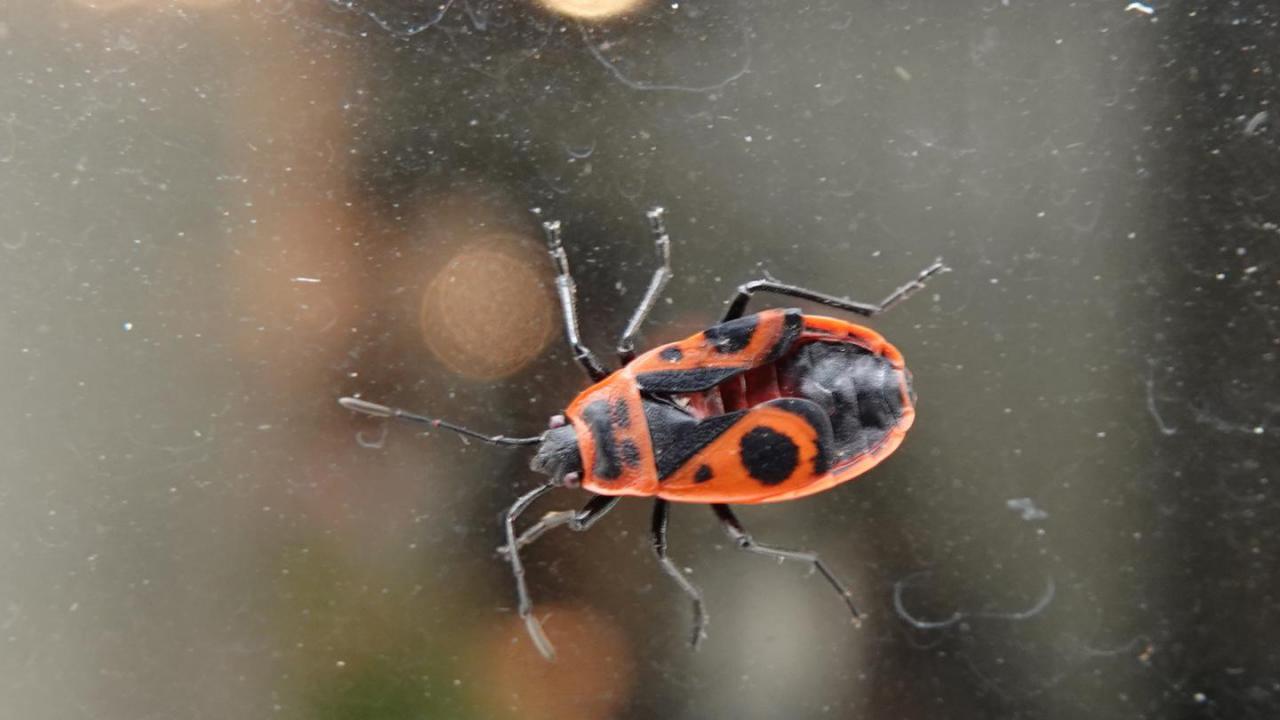 The Firebug, Pyrrhocoris apterus, is a common bug and easily recognizable due to its striking red and black colouration.
It looks similar to the Black and Red Squash Bug (Corizus hyoscyami) but it has a different colour pattern on its back.
Young Fire Bugs (nymph) look different from the adults.
The young ones are more red than black and they lack the adult's black triangle and two big black dots on the back.

First 4 photos: I found around 40 individuals at a rotten wooden bench near the visitor center. Landgoed Boekesteyn, 's-Graveland, The Netherlands, 10 September 2019
5th photo: Found on the outside window of my house, Hilversum, The Netherlands, 17 October 2020