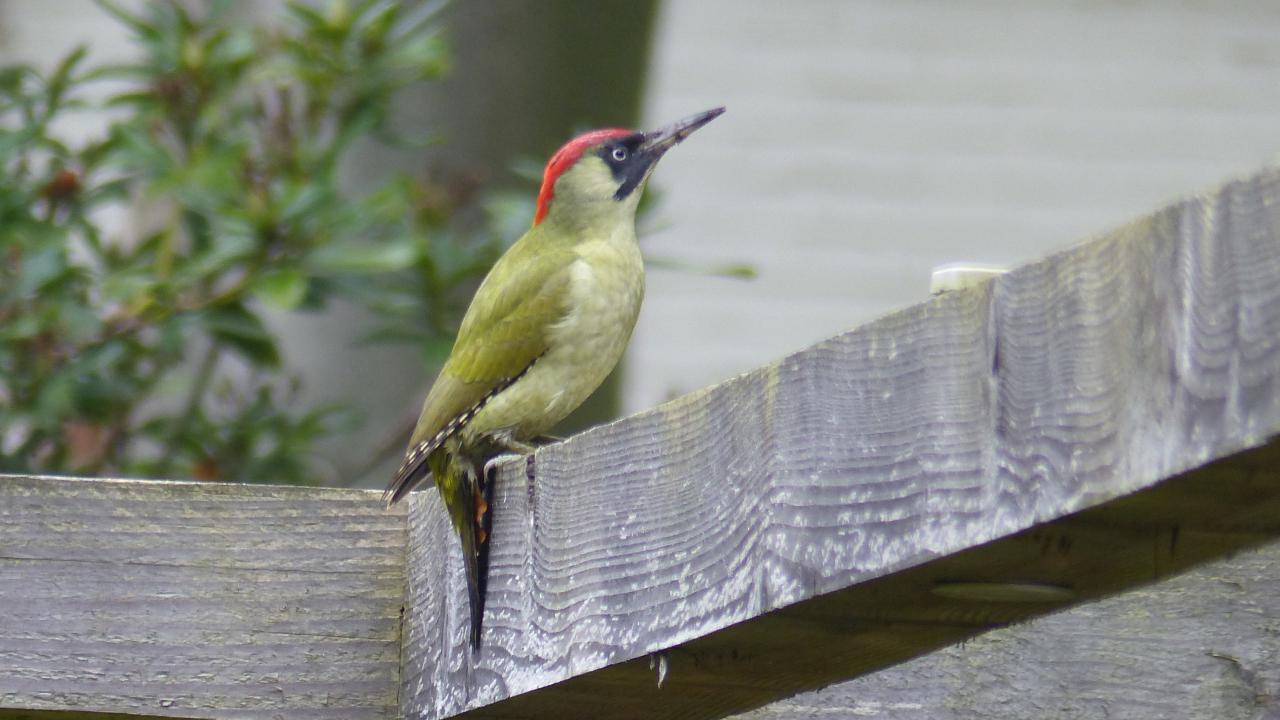 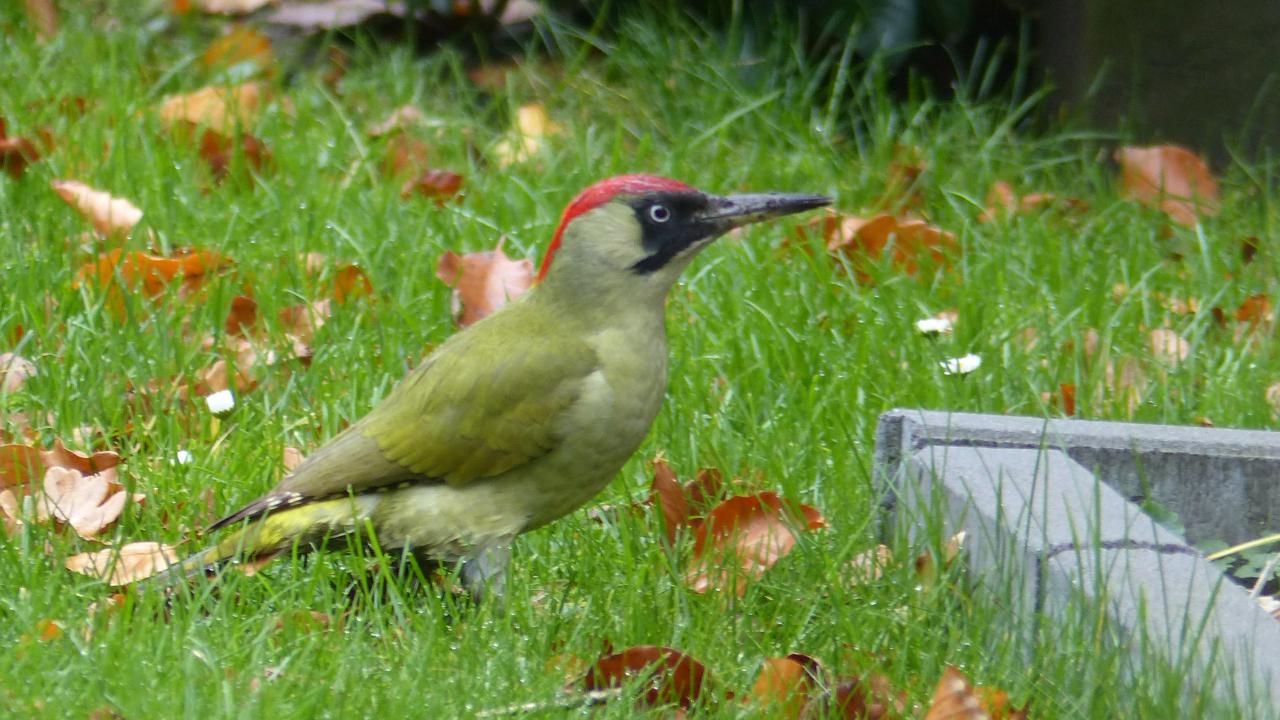 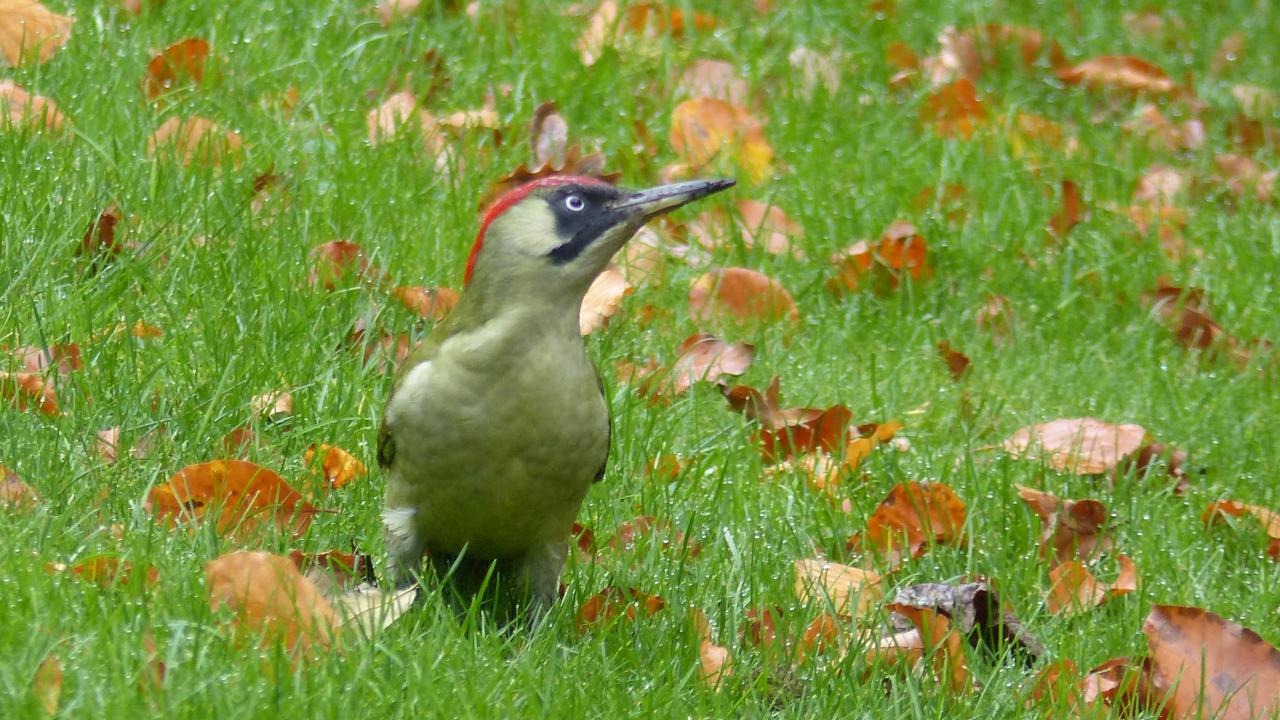 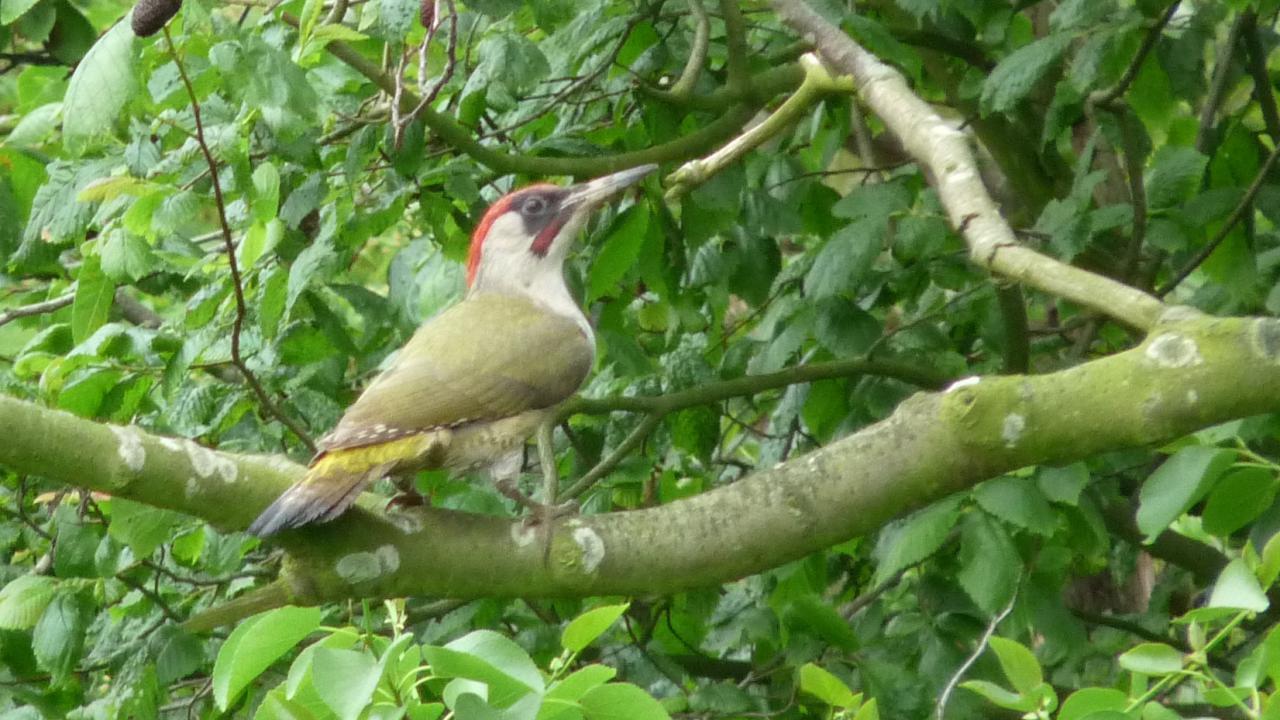 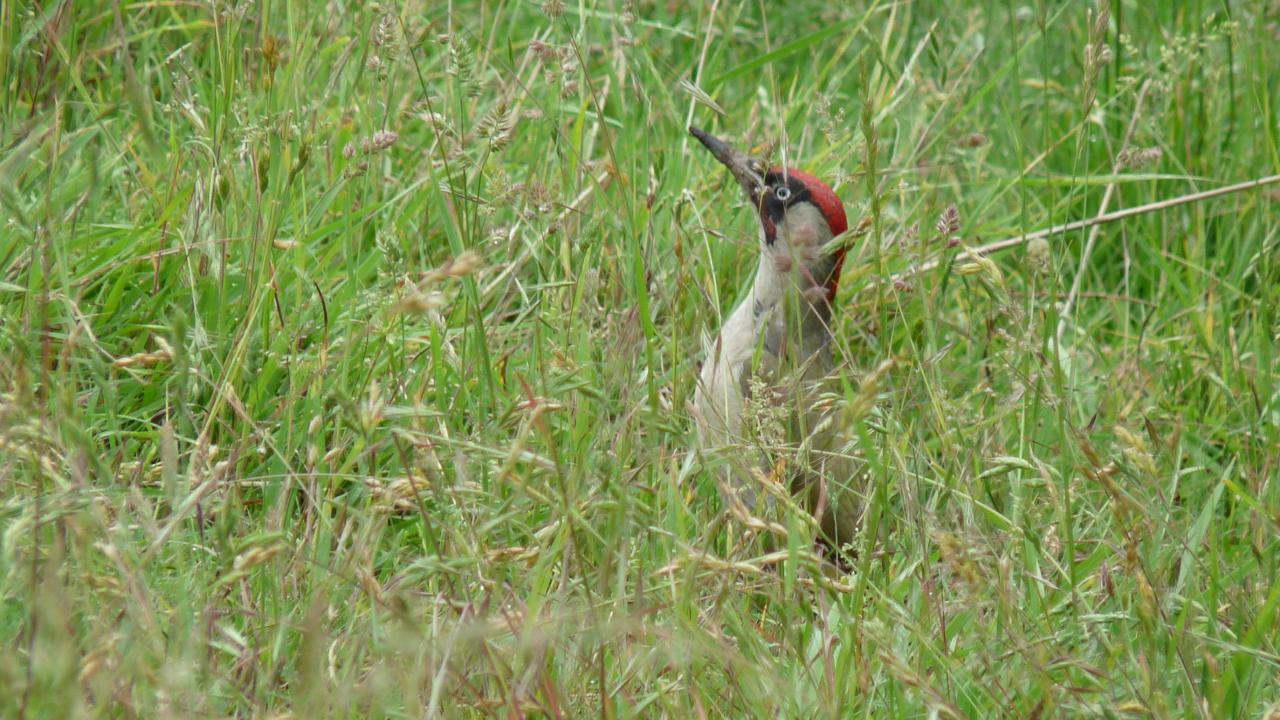 The European Green Woodpecker measures 30–36 cm in length with a 45–51 cm wingspan.
Both sexes are green above and pale yellowish green below, with a yellow rump and a red crown and nape.
Males have a red centre in the moustachial stripe while females have a solid black moustachial stripe.
Juveniles are spotty and streaked all over.
The European Green Woodpecker spends much of its time on the ground, digging for ants, its favourite food.
It eats both the adults and their eggs, catching them with its exceptionally long and sticky tongue.
It does not often 'drum' on trees like other woodpecker species.
They have an undulating flight and a loud, laughing call: a loud series of 10-18 'kluu' sounds which gets slightly faster towards the end.