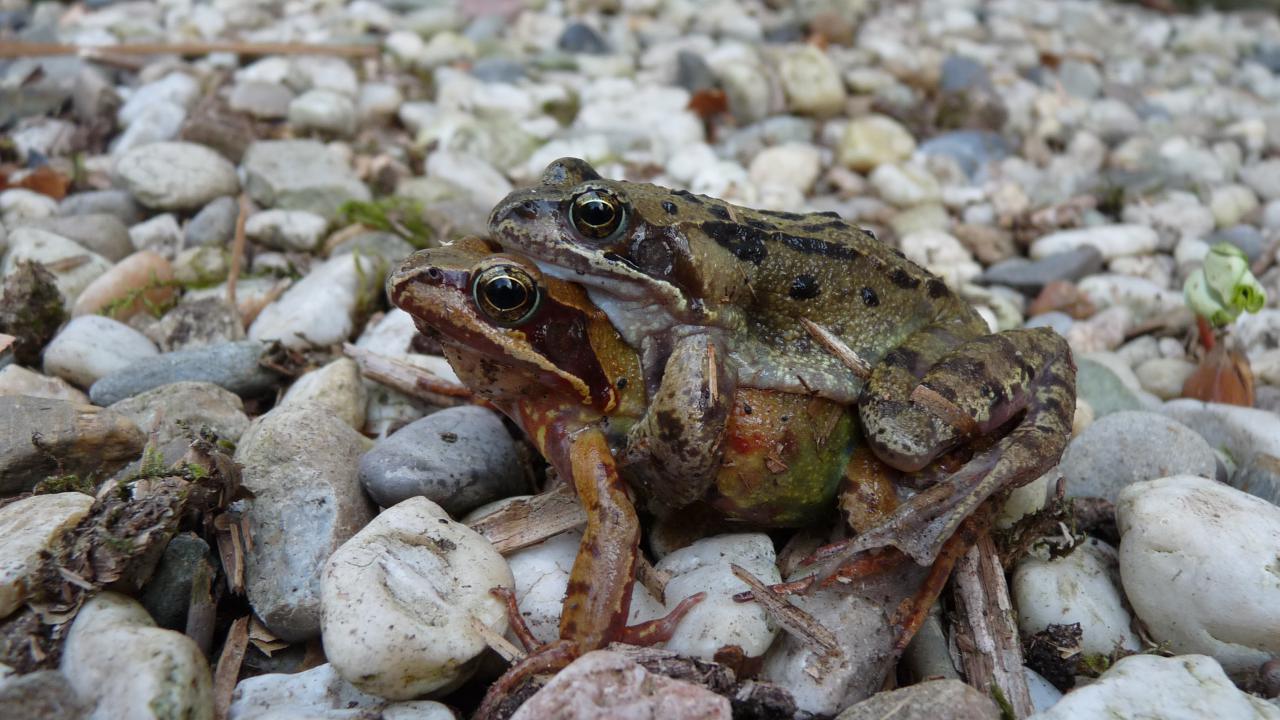 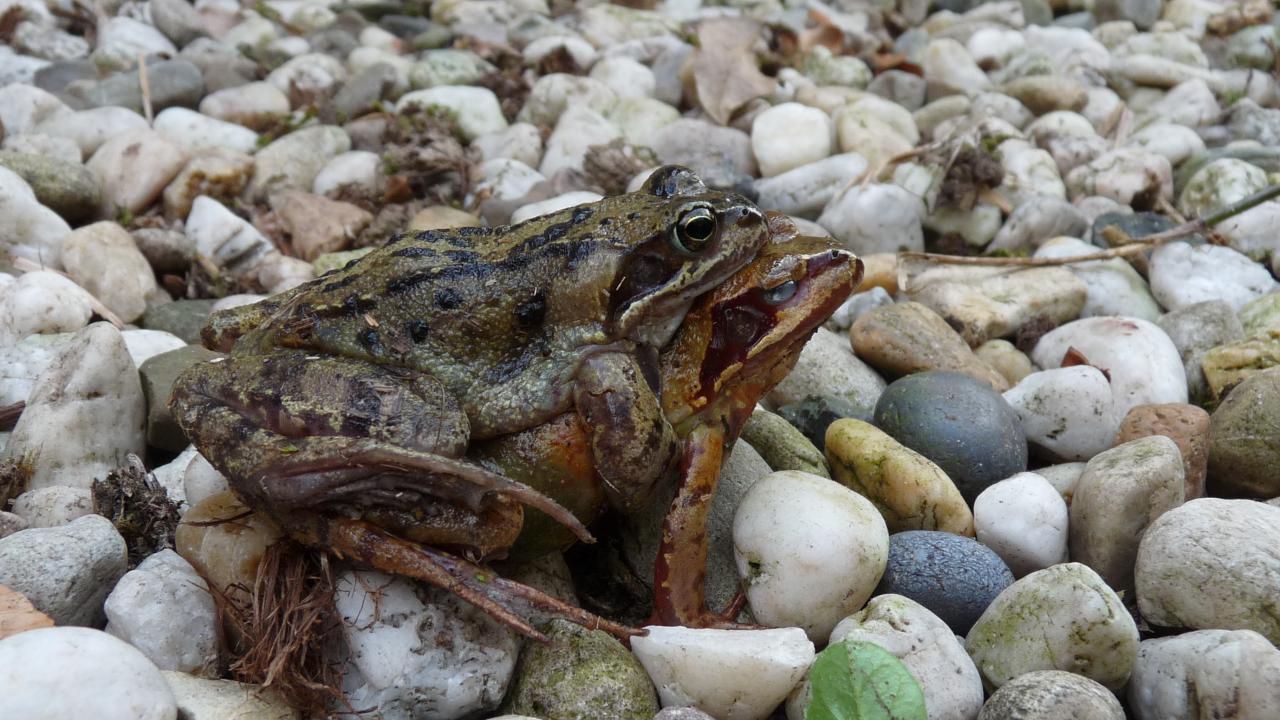 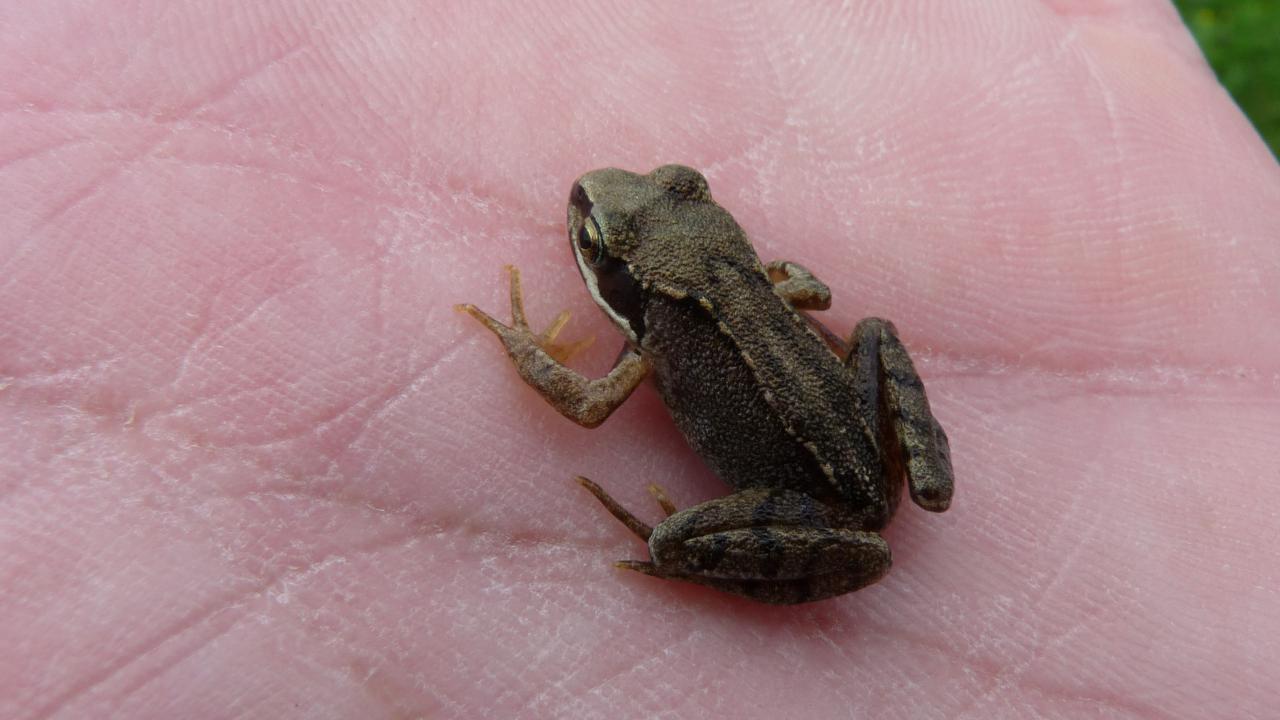 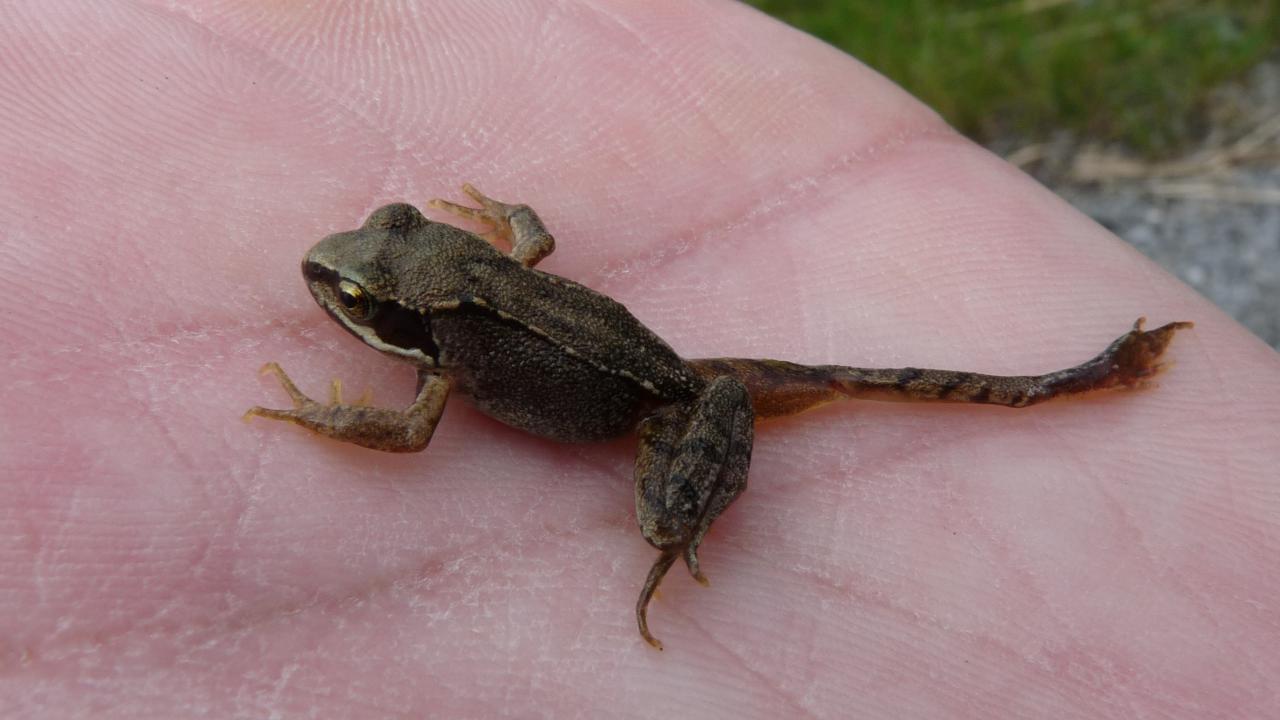 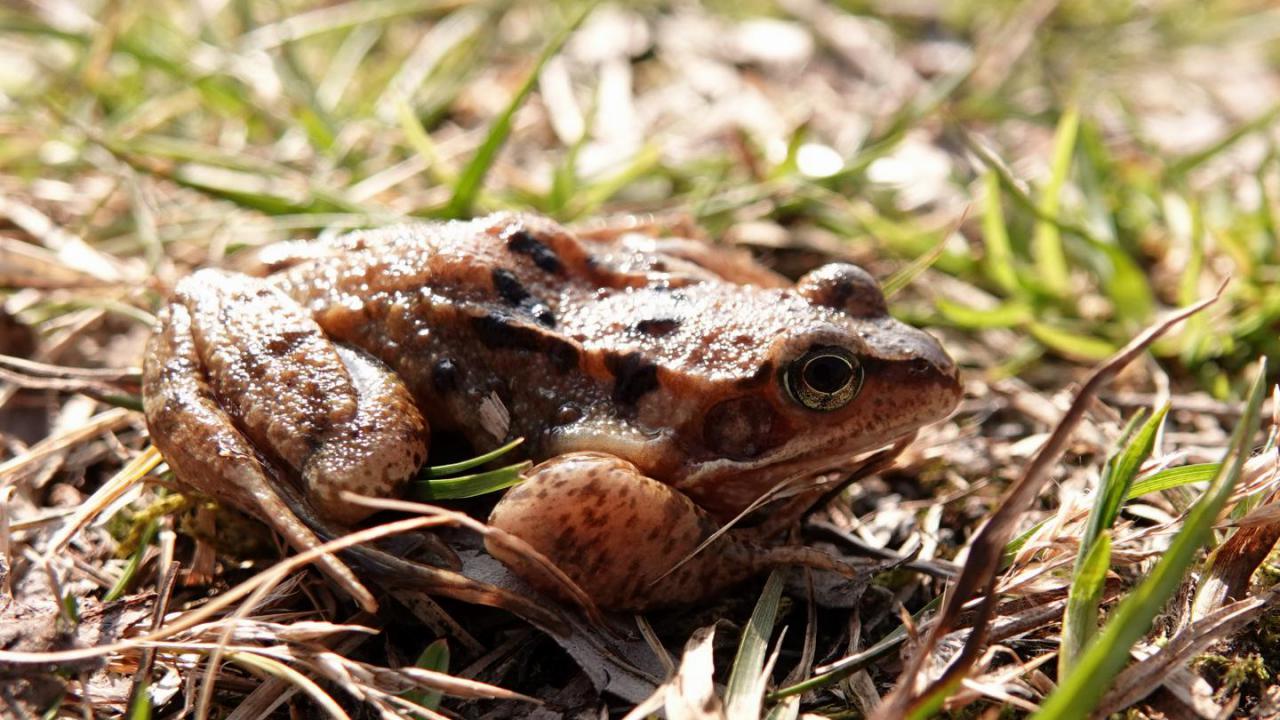 During the mating season males are generally light and greyish in colour, whereas the female is browner, or even red.
The male (on the first two photo's on top) uses his swelled first fingers for better grip on the female during mating.