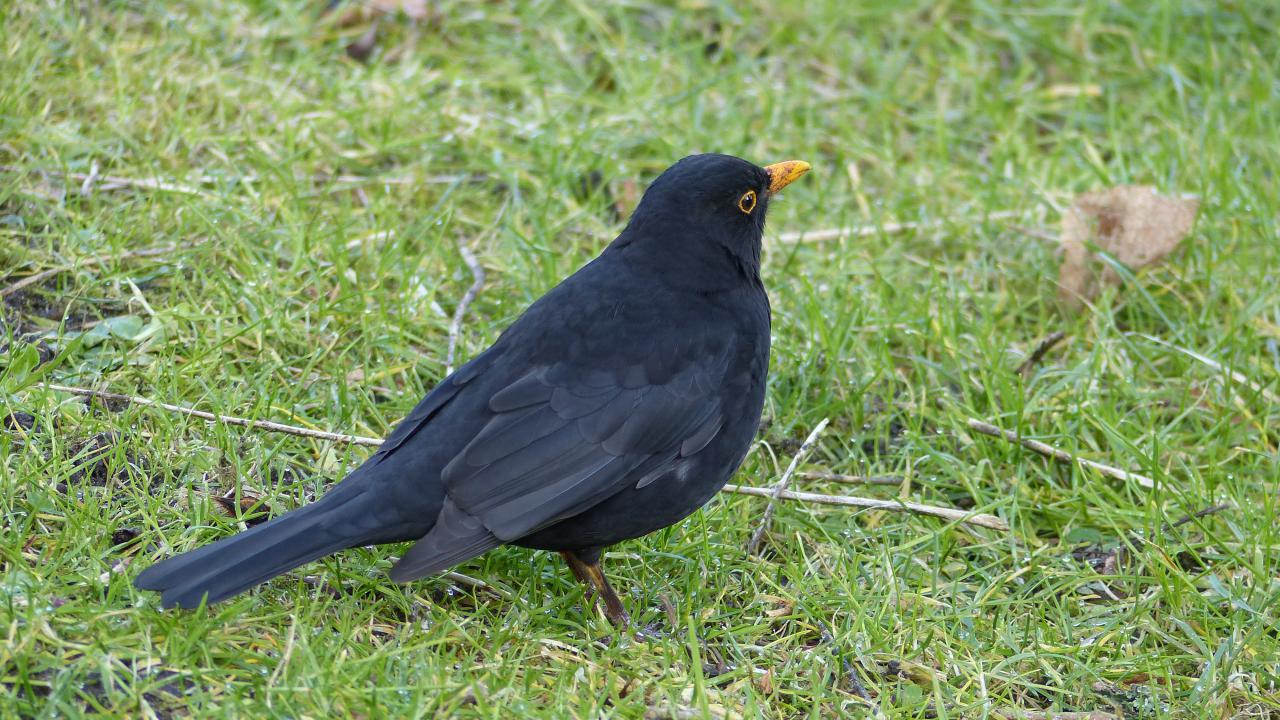 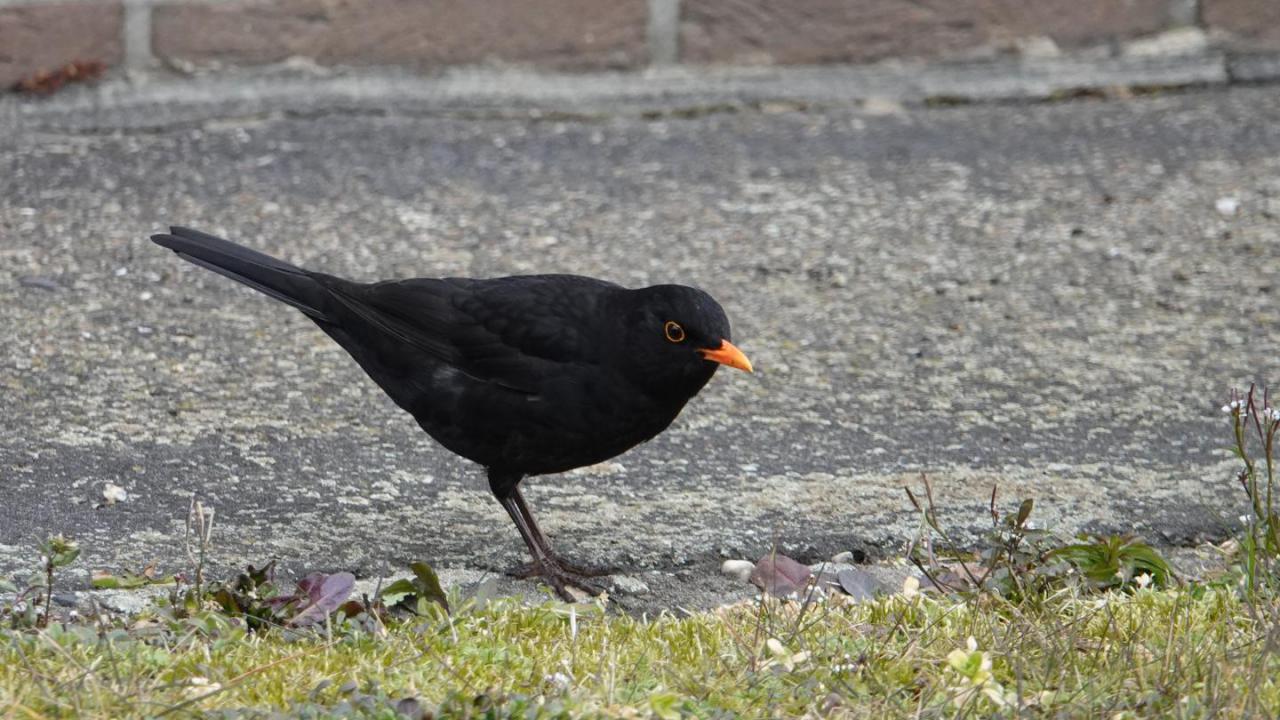 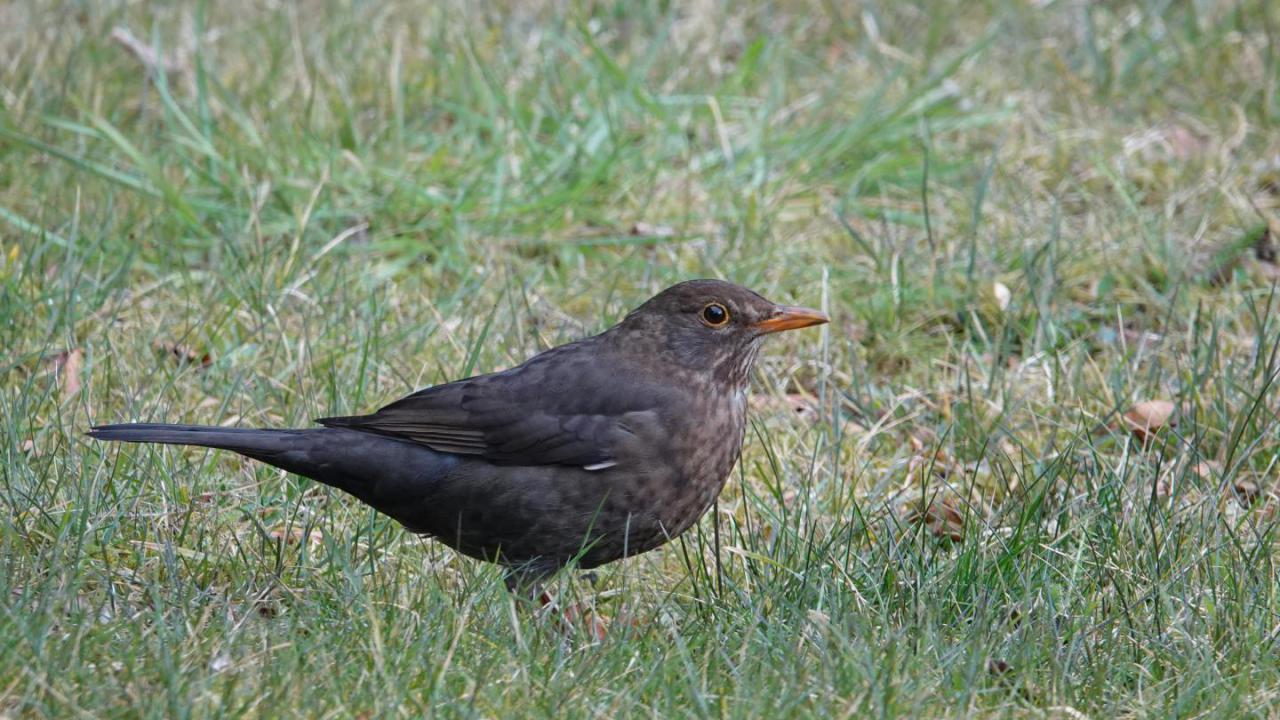 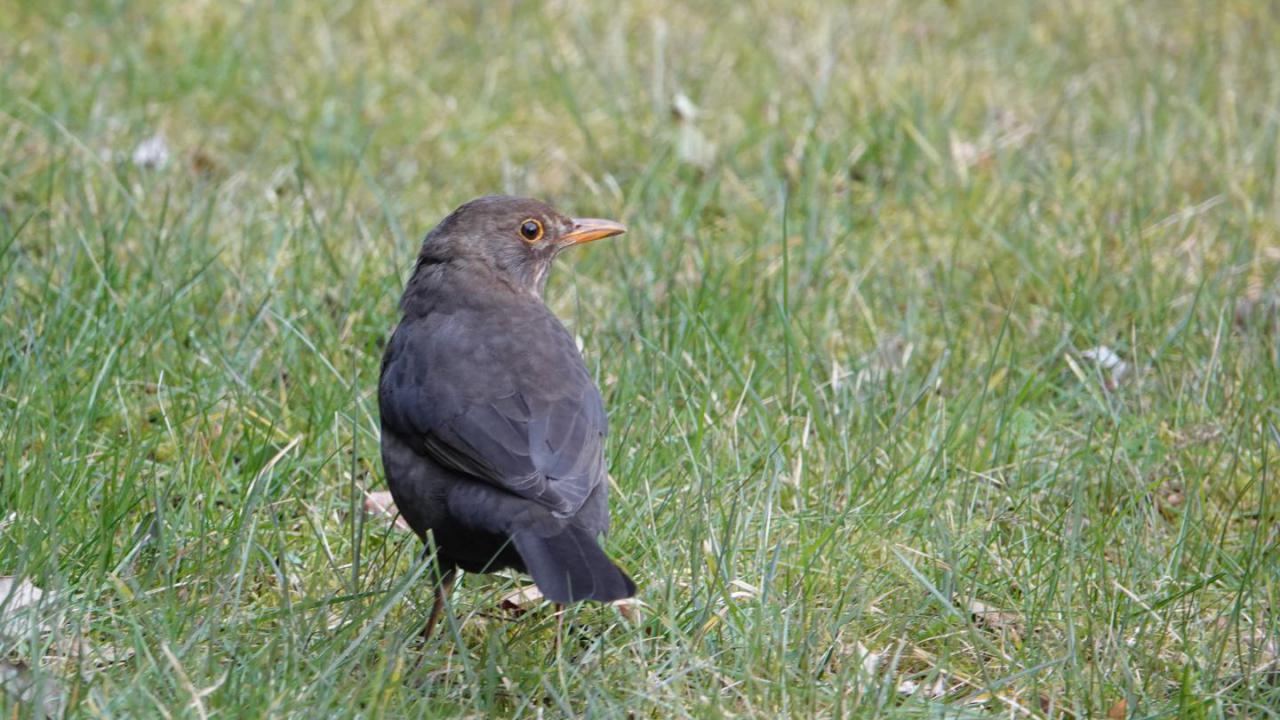 The Eurasian Blackbird is very widespread throughout Europe and Asia.
Adult male Blackbirds are totally black.
They have a bright, golden-yellow bill and a yellow ring around the eye during spring and summer.
The bill darkens at the end of summer.
Adult female Blackbirds are brown, often with spots and streaks on their breasts.
They have a brown bill (orange in older females).
Juveniles resemble females, but they have pale spots on the upperparts.